In the midst of packing her gear to join Jeremy Jones for a ten-day expedition in the John Muir Wilderness, Elena Hight stumbled across something unexpected in her possessions:

It was one of those timeless yellow Kodak “fun savers”, the kind she used growing up. Holding the plastic camera, she scrutinized the exposure counter and saw it had one frame left. An idea began to formulate in her head. She knew that keeping batteries charged for camera gear while winter camping was a complete headache. But this, this would be hassle-free. Lightweight, small, and easy to stow away in her pack, it seemed like the perfect addition to her belongings.

“I brought a disposable camera on a few surf trips to Mexico where you don’t have the most reliable electricity. I remembered it being a fun way to capture memories without feeling any pressure about how the photos turn out,” Hight reflects.

So, nestled in her pack next to to her tent, sleeping mat, and many other necessities needed for a grueling winter expedition, was one brand new disposable camera. The point of bringing it was simple: to have fun. The joy of preserving moments can often get overshadowed in our pursuit of the perfect shot. But these photos wouldn’t be for social media or some bigger part of the film, instead they would be solely for Hight. Kind of like a memento of the trip. The 27 fresh frames presented a fun and creative way for her to document moments she noticed along the way. While she did have her phone and GoPro, the film camera would serve as something quick and easy. 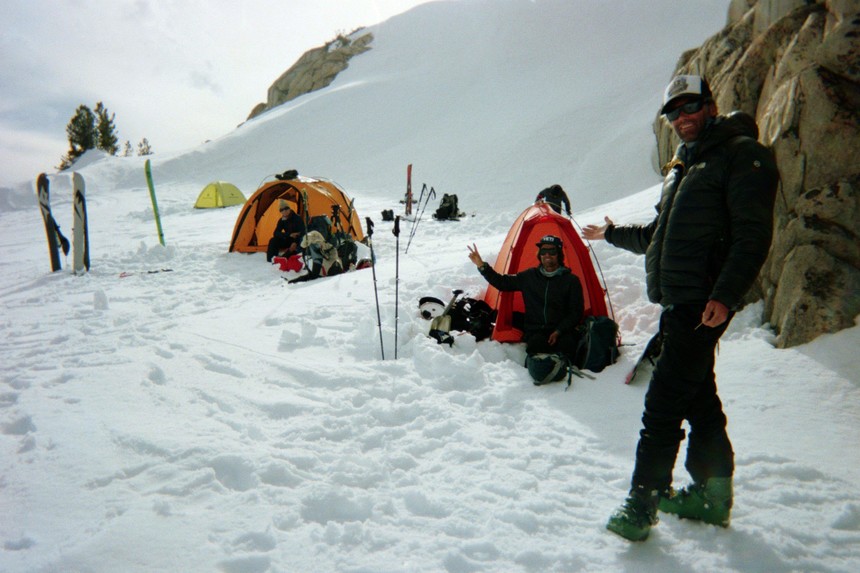 “Mostly I just wanted to catch candid moments, particularly things that weren’t being filmed or photographed at the time,” says Hight. 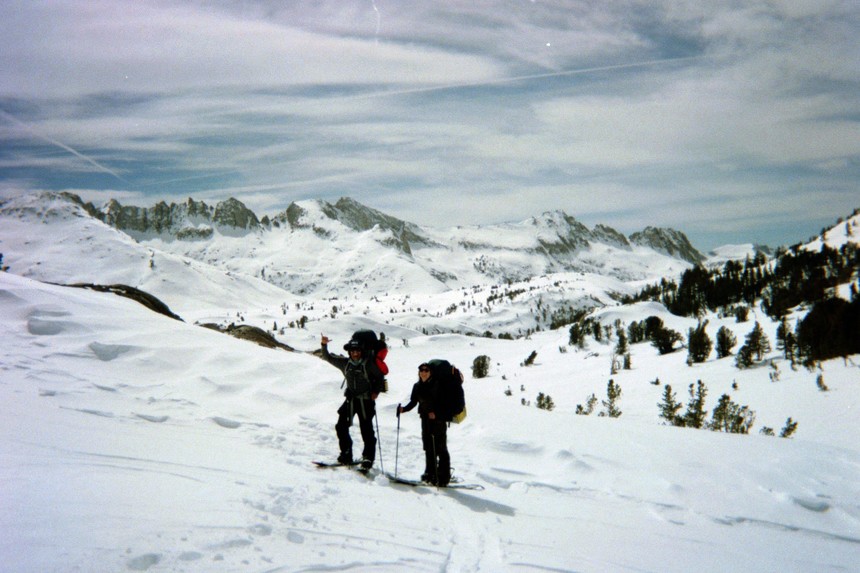 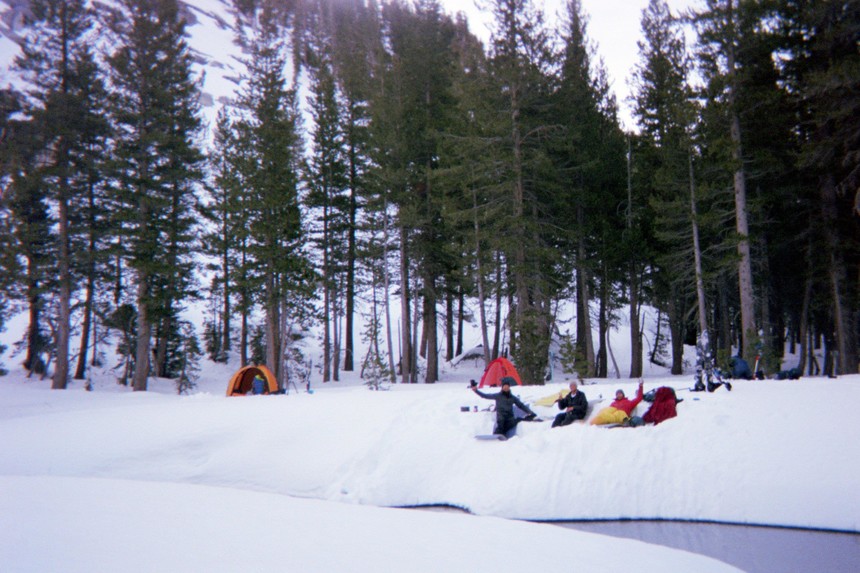 As a result, many of these frames capture the in between moments: packing up camp, Jones enjoying a meal, or the crew scouting the next line. They’re all quiet reflections on her experience in Ode to Muir. 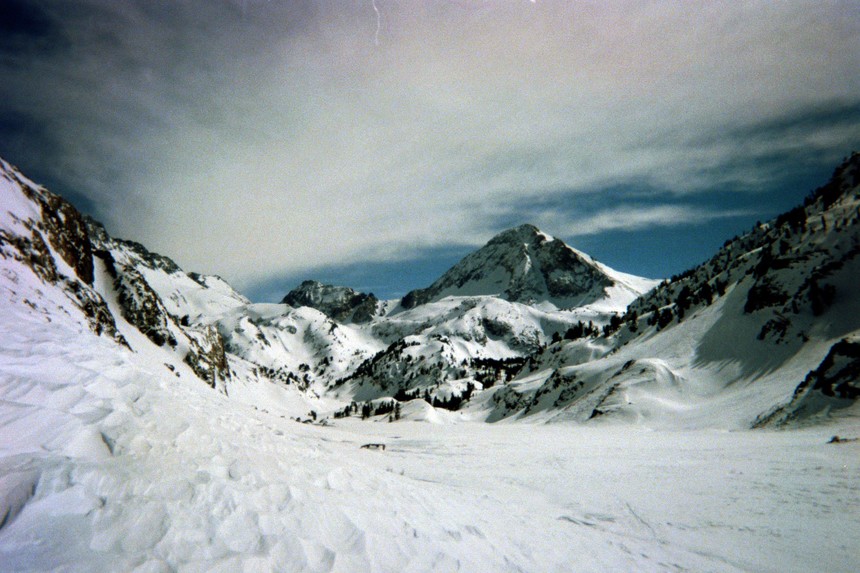 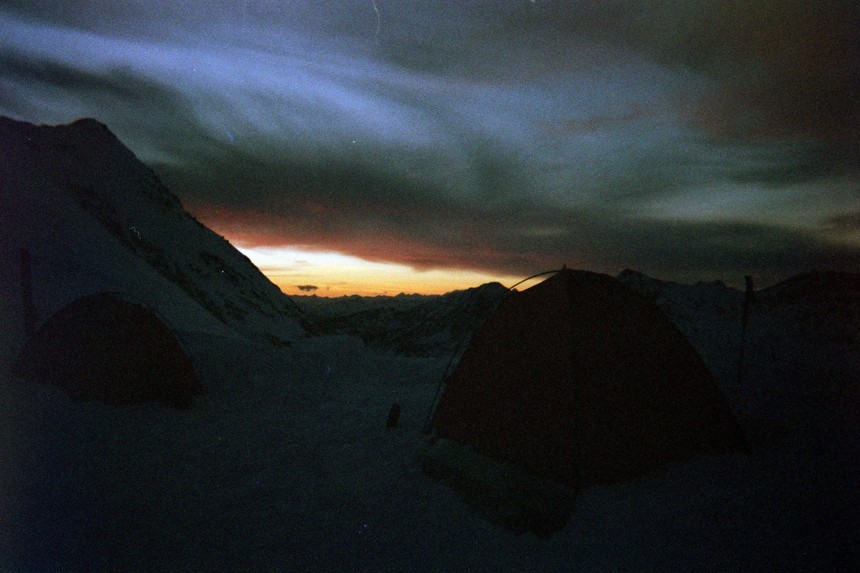 Like many creative pursuits, working with a limited medium was a breath of fresh air. With only 27 shots, a set shutter, aperture, and ISO, all Hight had to do was find the shot and press the shutter button.

“I find I do this a lot with my phone. I take too many photos, and I almost disregard a lot of them,” she explains. “It was a good practice, not having to capture every moment, not having to pick and choose. I realized that this often creates more meaningful memories.” This especially rings true in light of how expectations of professional athletes have evolved with media. Now, it’s not enough to be elite in your sport. It’s become an expected part of the job to be a content creator as well. “It can be fun,” she argues, but at times it can also be overwhelming.

For her, the disposable camera was an opportunity to be playful and not worry about the final result. “Film gives you that extra excitement,” she says. “We’re so used to taking a photo and examining it immediately, whereas with film you have one chance to get the shot, and you’re not going to see it for a month.”

By the end of the trip, she had forgotten about all the moments she had captured. Waiting for the prints to come back was like waiting for your new snow gear to arrive for winter. When the photos arrived, she excitedly flipped through the freshly printed stack, reliving each moment as she moved to the next.

“They’re not super crisp photos—but I like that. They have a raw feel to them,” she says.

In many ways, the small camera mirrored her experience in the film. Things were much simpler on their 40-mile foot-powered expedition. For nine days they existed completely off the grid. Their goal was to be sustained by the pure essentials: food, shelter, water, snow, and what the mountains gave them. Meanwhile, as they balanced the grueling challenges of this winter adventure, they still found a chance to reflect on their surroundings. Whether it was through an $8.99 one time use film camera or snowboarding some of the Sierra’s biggest mountains, the end conclusion was the same: there’s something special about exploring these great American wildernesses.