Shifting Gears: Nico Vink on The Evolution of Freeride

At first glance the jumps Vink builds look better suited for dirt bikes—that's because they are. He just likes to hit them with his mountain bike, too.

You don’t need mountains to become a world-class mountain biker. Famed rider and builder Nico Vink is proof. His biking journey began in the flatlands of Belgium, where he was born and raised. You could say he first got a taste of two wheels while in the womb as his mother pedaled around the BMX track there. His father ran a dirt bike shop - and later a mountain bike shop - and was also an avid racer. Nico was truly raised around bikes and they’ve always been his escape. As he grew so did his riding and involvement in the sport.

From a formidable downhill racing career to competing in Red Bull Rampage, Nico continues to push what’s possible on a bike. In recent years his riding and building style in the boundary-pushing Fest Series has gained notoriety. The limitless nature of freeriding is what intrigues him - the creativity and evolution of both building and riding. Yet, pushing mountain biking boundaries doesn't necessarily come with profit. Turning non-race riding into a career has been one of his biggest challenges. His trail building expertise has helped, progressing from backyard jumps to a legitimate business called Ride Creations. He even has a signature trail named after him at the Chatel bike park in the French Alps. Not bad for a kid from Belgium. Here’s what Vink has to say about the path that’s taken him to the top of freeriding: 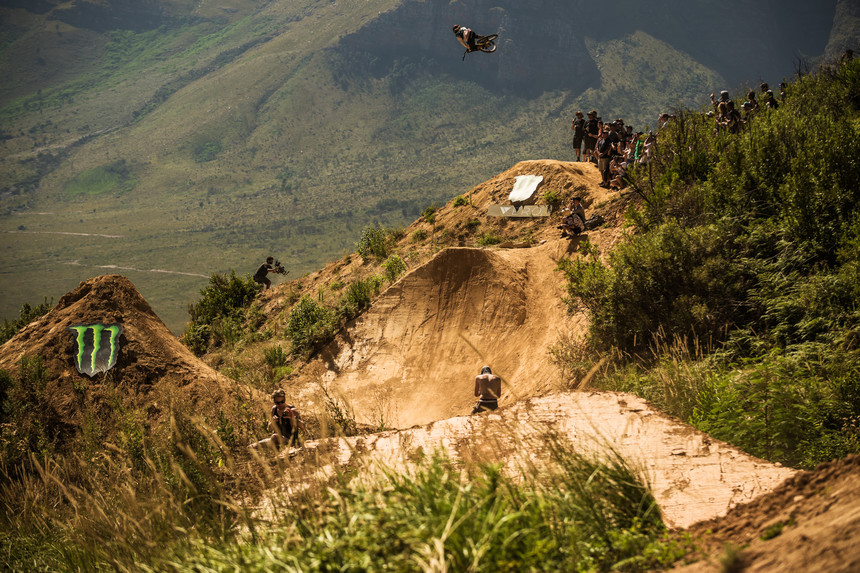 Out of all the bike disciplines Vink dabbled in, freeriding is where he felt most like himself. Eric Palmer Photo.

Lately home has been between Belgium and Norway.

Where did you grow up?

When was the first time you rode a bike?

I can’t remember the first time, but according to my parents, I was three years old when I first rode. When my mom was pregnant with me she took a few chill laps around the BMX track.

Tell me about the two-wheel scene you grew up around?

When I was young I would watch my dad race motocross on the weekends and during the week I would hang out at his bike shop. I also had a little BMX/moto track in the yard with some jumps so I was riding daily. When I got a bit older my dad stopped racing moto and he started selling mountain bikes in the shop. On the weekends we would go to the Belgian national races and some World Cups in the early nineties because he was a mechanic for one of the top Belgian teams at the time. That’s how I got introduced to mountain biking. At the age of 10, I started racing some kids’ XC races. When I turned 13 my mom wanted me to stop because she didn’t like me racing XC at a young age. After that, I got more into dirt jumping and riding skateparks.

Vink has been on two wheels as long as he could remember. Eric Palmer Photo.

Who did you ride with growing up?

My sister Cindy also rode bikes. We grew up riding together, from mountain biking to BMX and DH riding, she always followed my footsteps. With my dad having the bike shop we had a pretty big crew of kids riding in the neighborhood. There were easily ten kids on most days and we always raced each other or did competitions to see who could jump the furthest or jump over the most bikes or other kids. We had a super good crew and whenever we went riding we just had a good time.

How did you get into racing?

Growing up I always raced for fun. I did my first BMX race in 1987 and then occasionally raced BMX for a couple of years until I got more into mountain bike racing. In 1998, when I was 14, one of the riders (Rudy De Bie) that my dad was a mechanic for mentioned that the DH national championships were coming up in a week. I got a last minute spot and my dad upgraded my bike with some hydraulic brakes and some better suspension and I entered the race. I ended up winning and becoming the Youth National Champion. The next year I got offered a Kona sponsorship through the Belgium distributors to race DH and from then on I raced the full national series and later the World Cup circuit. I raced DH for 13 years.

How did you fall out of racing?

By 2012 I was kind of burned out on racing and wanted to challenge myself and my riding in a different way. I just got bored of racing the same tracks and wanted to ride different things. I always dreamed of building moto-sized jumps and creative features influenced by BMX trails. Changing my direction to freeriding allowed me to do these things. 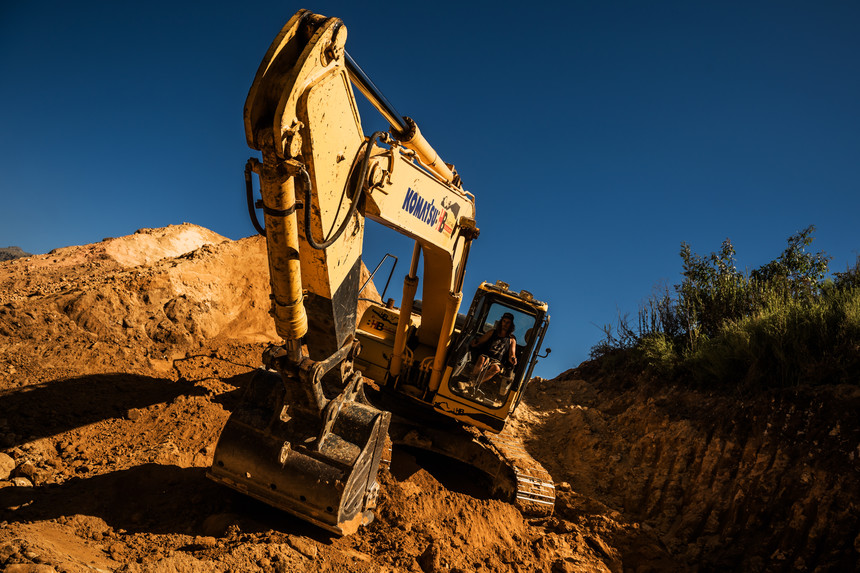 When you say that freestyle riding suited you more, how so?

Freeriding gave me the opportunity to push my limits in a different way than racing. I didn’t have to focus on being super fit and fast, instead, it allowed me to build and ride more creative and bigger features and trails.

What are the biggest challenges you’ve faced in your career?

I guess my biggest challenge has been to find proper deals and market myself the right way. I just love riding bikes but never looked at it as a business. Finding the support and the money to keep doing what I love has definitely been the biggest challenge.

You’ve pushed riding and building at the same time. Tell me about this relationship.

For me, building has always been a part of riding. I absolutely love coming up with new ideas and features. Just being able to create a super flowy trail, a big scary jump line or the combination of both and eventually session what you’ve built with friends or seeing other people enjoy it is the best feeling ever.

How did you learn to operate an excavator?

My buddy Piere owned a motocross compound called Royal Hills in the South of France. I made a deal with him that in exchange for free labor on his track I got to learn how to operate a machine. After that, I started renting my own machines to build my own jumps like The Royal Fest and Loose Fest lines.

How did riding BMX and skateparks influence the way you ride and build today?

Where I grew up it’s completely flat so BMX influenced my riding big time. From the age of 14 to 26, I rode BMX almost daily. The only time I wasn’t riding my BMX bikes was either when I was racing or riding mountain bikes. I lived fifteen minutes by bike away from a super sick indoor park called Impact. In the wintertime, I rode that place six out of seven days each week and we had a super sick scene with loads of good riders. Every day we went out we had a good time and pushed each other. In summer we had a super rad trail spot we called MX trails. One of the main builders at that spot always inspired me to build creative jumps and lines. We always tried building the craziest shapes we could come up with. A lot of the stuff I build for mountain biking is inspired by what we built back home but bigger.

How did riding dirtbikes influence the way you ride mountain bikes?

One of the reasons I started riding dirt bikes is because I wanted to hit bigger jumps. Moto gave me easier access to ride bigger jumps, but eventually, it also inspired me to build bigger jumps for mountain bikes.

Tell me about your involvement in Fest Series?

Fest Series was created by seven riders, and started from Mads Haugen (Makken) hosting the first-ever Fest event called Hillbilly Huckfest. The other riders are Andreu Lacondeguy, Graham Agassiz, Kurt Sorge, Nick Pescetto, Kyle Jameson and myself. Within Fest, none of us have a specific role apart from hosting our own events. We all try to do as much as we can to keep the dream alive and make Fest better. My Fest stops are called Loose Fest in Belgium and Royal Fest in the South of France.

Drawing from his many years of riding creatively, Vink has left a lasting mark on the Fest Series. Eric Palmer Photo.

Off the bike, what are your interests?

I love spending time with my lady. Listening to music. I try skiing whenever I get a chance. I’m a super bad skier but I have fun doing it.

Do you think DH/freeride bikes will have to evolve or progress with you and fellow riders who are pushing the limits?

So far I haven’t had any issues with my bike not being strong enough. It’s insane how good the bikes are nowadays. If there’s one thing I would try to improve it would be to find a better solution for derailleurs.

What do you see for the future of freeriding?

More people are getting into mountain biking, bikes are insane and there are more places to ride than ever before. There are loads of kids that are insanely good riders and they are sending it super big from a young age. I think the future of freeriding is super bright and the sport will keep progressing.

You competed at the Red Bull Rampage years ago, now you are a judge. How have you seen this event evolve?

Last year was my seventh time at Rampage, I competed four times and judged three. Every other year I’m blown away by the level of riding. Not only is the riding more competitive than ever before, but on the building side of things the crews keep progressing and sculpting some of the nicest lines ever seen in a couple days of time.

One of the things that impresses me the most is how strong the athletes are at suppressing fear. There’s so little margin for error on the lines they are hitting, and everyone is super dialed. Just making it down that mountain is an achievement on its own and they are throwing down some of the biggest tricks on some of the biggest jumps in some of the steepest, most technical and exposed terrain on the planet. 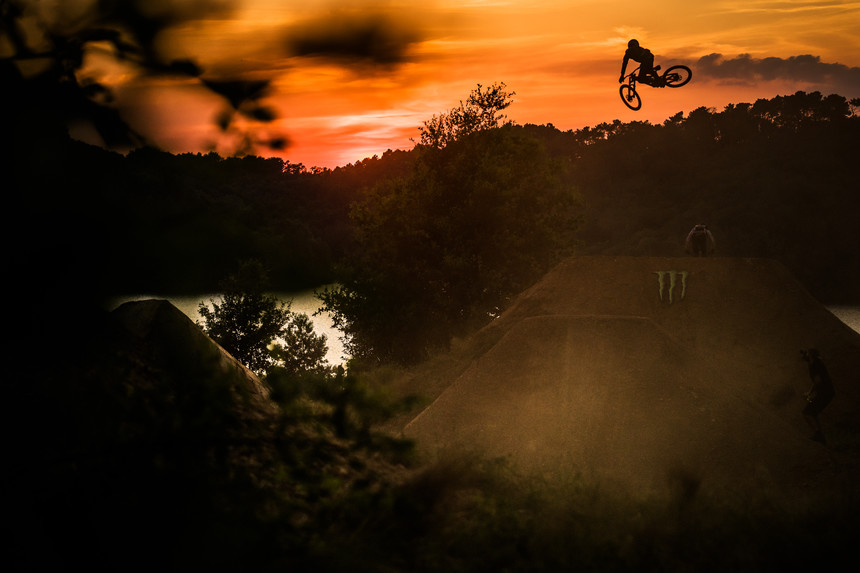 In his eyes, the future of freeriding looks bright. Eric Palmer Photo.