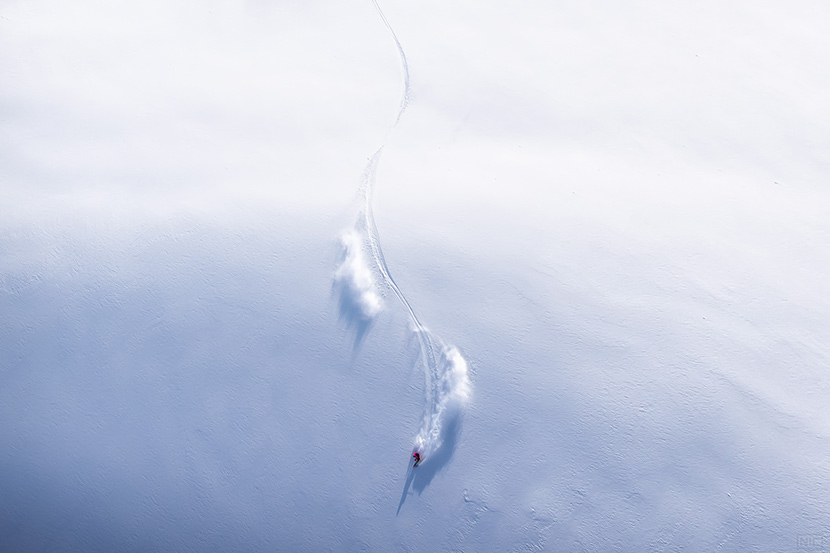 Seeing recent avalanche activity in the backcountry should immediately arouse suspicions for traveling in dangerous terrain. Keep an eye out for recent slides and avoid similar slopes.

In the winter of 2017, skier Colter Hinchliffe was riding with two others - Kaelin Bamford and his friend Bill, in Colorado’s Red Table zone, when Bill was caught in an avalanche resulting in a broken leg. Colter and Kaelin successfully performed a rescue and evacuated Bill in conjunction with a Flight for Life helicopter. Below is a recap of the day, focusing on what went wrong and what everybody in the group could have done differently. It is meant so that others might learn from it so please be respectful as you read and assess this event.

The morning of January 7th, 2017 was an extremely cold one in the Red Tables zone outside Carbondale, CO. Professional skier Colter Hinchliffe, his frequent partner Kaelin Bamford, and Kaelin’s friend Bill headed out to explore the rarely skied area. It would be the first time Colter skied with Bill, an Alaska native in his mid-40’s. 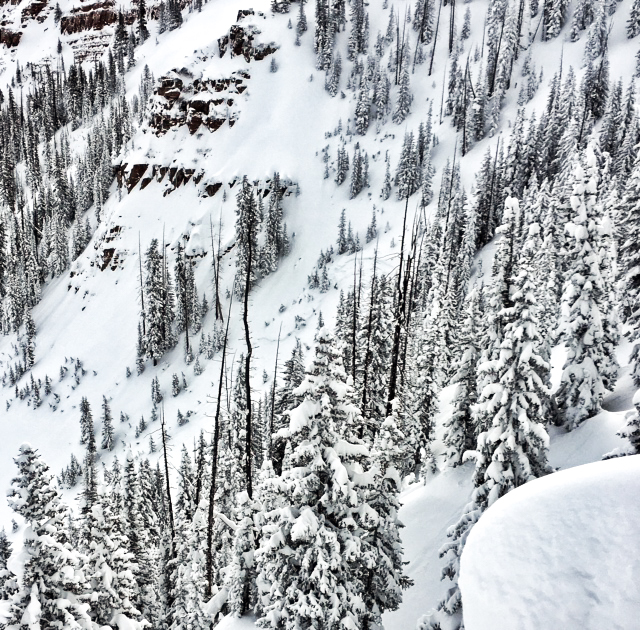 The three of them headed together out that morning, leaving Aspen and heading into Red Tables on their snowmobiles. As seasoned backcountry riders, the group checked the avalanche report that morning: it showed a Considerable rating with reported activity on east facing slopes in the Aspen area, 30 miles away. On high alert for avalanches, the group were in constant conversation as they began to work the area.

The skiing in Red Table features bowls that are approached with a drop-down method: sledding to the top of the lines and skinning up and out from the bottom. The bowls are a skier’s dream, with a variety of lines ranging from mellow slopes to huge pillow lines.

Let’s go get him! 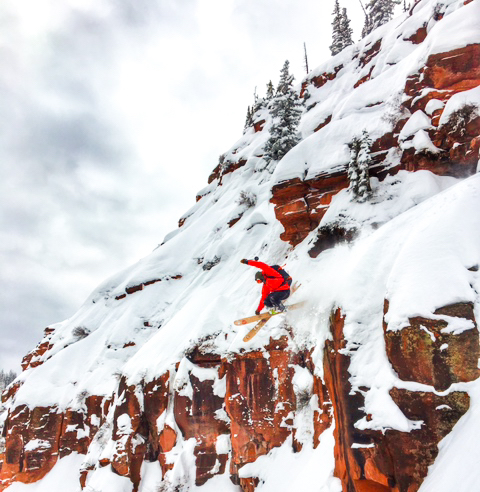 As the group started picking their lines, there was evidence of a recent avalanche on one of the north facing slopes. Colter remembers noting the activity and using it to dictate which run they would ski first. The group skied the first slope with no issues, building their confidence in the snowpack. As they skinned back up, they picked out their next lines on a north facing slope.

Bill dropped in first. Colter and Kaelin remained on top with skis and boards on in case anything were to happen, despite that they would have to put their skins back on to get to the top of their own lines. Sure enough, a few turns in, the snow ripped out like a rug from underneath Bill’s feet. The slide, about a foot deep and 30 feet wide, did not bury Bill, but dragged him through a cluster of saplings until he came to a stop.

Reacting immediately, both Colter and Kaelin dropped in. “Our first instinct was: Let’s go get him!”, Colter recaps, “but then my training kicked in and I stopped.” Kaelin continued to ride down to Bill. With five years intense avalanche and rescue training, Colter instinctively recognized that it would be important to slow down and make conscious decisions as the rescue began. This meant him staying up top, where he knew that the cell service was better. 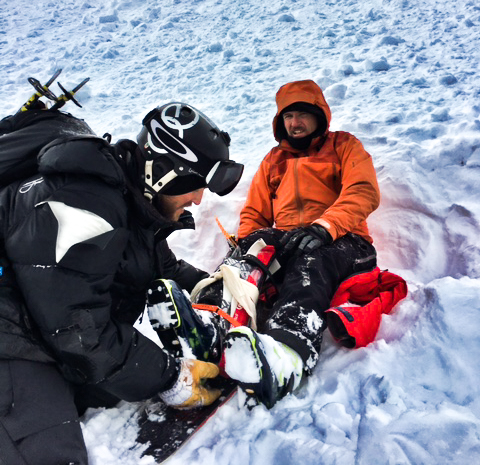 Using radios, Kaelin began to assess and communicate Bill’s condition back to Colter. Bill’s leg was obviously broken. Knowing the severity of the situation, Colter placed a call to his friend Jordan who would send Colter’s phone location pin to Eagle County Search and Rescue. Confident that the rescue helicopter was on it’s way, Colter skied down to the group to help Kaelin continue to perform first aid on Bill. The saplings had caused a clean tib/fib break.

The group kept Bill warm while they splinted his leg with shovel handles and skins. With the temperatures in the single digits, the group needed all of their layers to prevent hypothermia. The next step was to move Bill to a location where a helicopter could land. They used Kaelin’s snowboard to shuffle the victim, an act that took around 45 minutes, and much easier with a group of three.

While they moved Bill, Colter received a text that the helicopter should arrive to his pin at 4 p.m. The accident occurred around 1:30 p.m., so the group did their best to keep themselves and Bill as warm as possible. 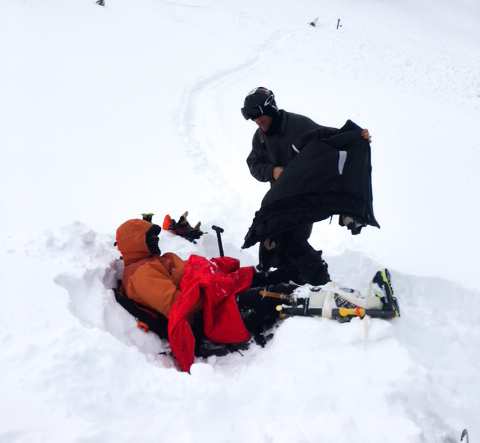 4 p.m. came and went. Then 4:15 p.m. passed. Knowing that darkness was fast approaching, Kaelin began to build a snow cave as Colter sidestepped up the hill until he was able to find better service.

Colter’s dropped iPhone pin was inaccurate. Search and Rescue requested he take his coordinates from his compass app on his phone. After almost four hours, the helicopter came in, using lights to land as the sun was setting. Colter and Kaelin continued to assist the flight nurses, helping to transfer Bill onto a backboard and into the helicopter. Colter had used his skins in the splinting, which required a painful removal in order for Colter to retrieve them for his own exit out of the mountains.

Two hours later, Colter and Kaelin made it back to their car on snowmobiles, in complete darkness. Bill was transferred to the hospital for surgery and made a complete recovery.

Reflecting on the incident and successful rescue, Colter felt that there were many lessons to be learned. First, that recent avalanche activity is a direct sign of instability. A pit could have been dug to get more in-depth look into the snowpack. Second, an iphone pin drop is not reliable, whereas actual GPS coordinates are. Third, when in the backcountry, having three people is a significant advantage in a rescue. Fourth, Carrying extra layers is necessary and often overlooked. Even better, keep even more layers and first aid equipment in your snowmobiles and in your vehicles. Use the victim’s gear first for splinting and layering. Fifth, your phone is your lifeline. Without it, without service, or with too much exposure to cold, a rescue becomes exponentially more complicated.

Finally, sharing your experiences is important. You will be vulnerable to criticism, but as Colter stated in telling his story “If you don’t report it because you’re embarrassed, then no one knows and they might go get in the same avalanche tomorrow and die”.