The Far Out Ones: Sage Cattabriga-Alosa

Few professional skiers have achieved the prominence to simply go by their first name, Sage being one of them. From shredding as a grom in Grand Targhee to silver-screen stardom on puckering first-descents in Alaska, the 19-year TGR veteran has been a force in freeskiing for nearly two decades. Beyond the smooth style and his long curly hair, however, is a humble, happy-go-lucky guy that still loves to shred as much as anyone else on the mountains. There’s no doubt that if Sage never made it as a pro, he’d still have found a way to be doing the exact same thing. After a one-year hiatus from filming due to an injury, Sage returns this year in TGR’s new film Far Out, presented by REI. We recently caught up with the legend to talk about returning to filming, family, and experience gleaned from almost 20 years in front of the lens.

So I’m going to skip the whole background and ski history questions and instead keep it kind of weird, that work for you?

Good…I’ll just give you weird answers.

Perfect. You missed last season, was it nice to have some time off or did you feel a little left out?

I didn’t mind at all! I had the fam going on so it was a nice thing to re-focus on. I thought that I’d have to turn off social media and it was just going to be too painful to watch other people getting it while I wasn’t but I didn’t really care at all actually. I skied until February 11th and that’s usually the time when I get my 50 freeride days before I start filming. I still feel like I had a good year skiing and it’s easy to pump out the job which is the content we have to be creating. Not being in Rogue Elements made me appreciate being in it for so long and to be able to be back at it this year. 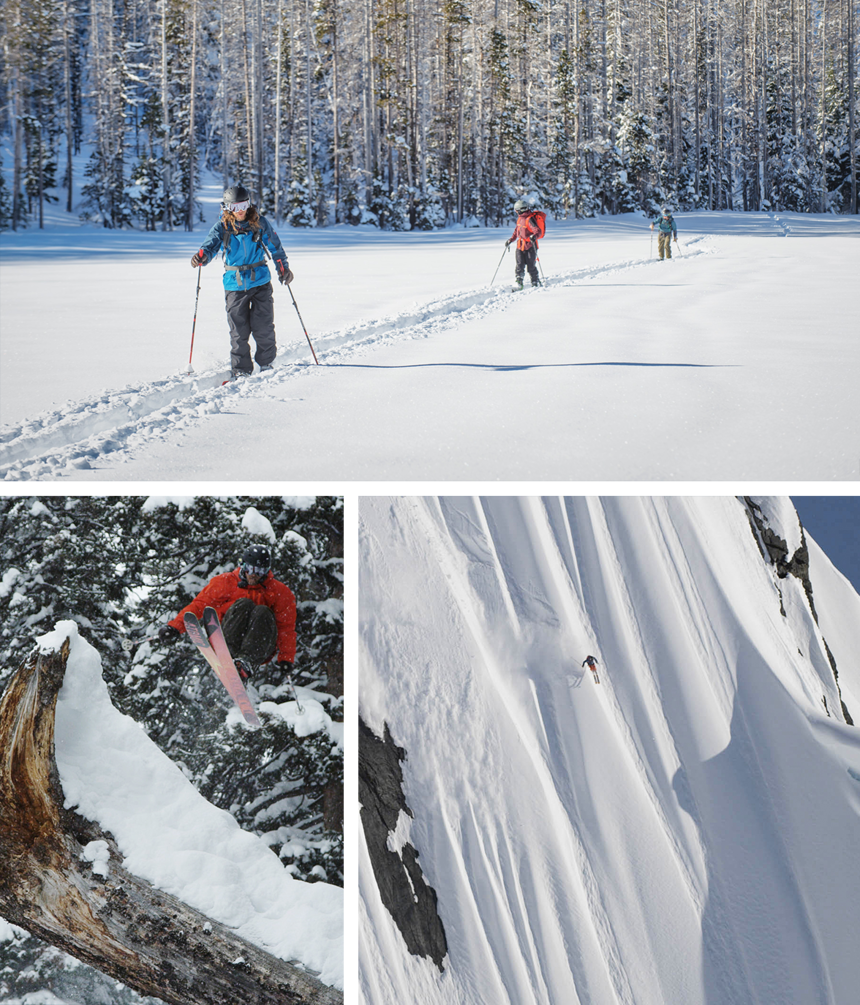 This year held everything from new foot-powered adventures to more of the usual: ripping mega spines in AK with the boys.

You filmed in Alaska and Canada this year, both camping trips, is there a different vibe on those trips vs. the traditional hotel or lodge trip?

Definitely. It was kind of a new deal for me. I’ve done a few snow camping experiences but not really that many. I spent the whole season, whether filming with TGR or just on my own around here, doing a lot of backcountry skiing. I slowed down the pace—more quality runs over quantity was my whole experience this year. It was really fun to get into that. There’s definitely aspects of it that are harder: like the snow camping during a four-foot storm in Canada where it snowed every day and nothing ever dried out. There’s some trench foot stuff that goes on that’s not great.

But that’s easy to deal with because there’s not much you can do about it and there’s all the awesome aspects like being immersed in where you’re at and being present with the group. Both times we were pretty much off the grid so the phones are pointless and you’re just hanging out with the people that you’re with and that connection and time is so great. Moving around the mountains is awesome, when we were in BC I felt like it was the most productive film trip I’d ever been on because you could just so quickly move around. We were just pillow skiing.

Both times we were pretty much off the grid so the phones are pointless and you’re just hanging out with the people that you’re with and that connection and time is so great.

You were able to be at the bottom, with a filmer, looking exactly at what they’re seeing and talking about where you’re going to go and then you get to go there and in five, ten, twenty minutes you’re looking straight back down and have the knowledge of what it looked like from the bottom. So that makes things really productive and you’re able to hit so many different features vs. trying to group up, get on the snowcat or double on a sled.

In AK, we were able to really assess the snow since we were dealing with such cr…. variable snow. I wouldn’t have skied anything based on what we first saw but when you walk right up and assess continually you’re like, oh yeah, I can ski this with confidence now. Those two aspects are pretty new from me. Back to your earlier question, this year filming I felt like there was a bunch of new challenges and new experiences that made it just as exciting as years before. 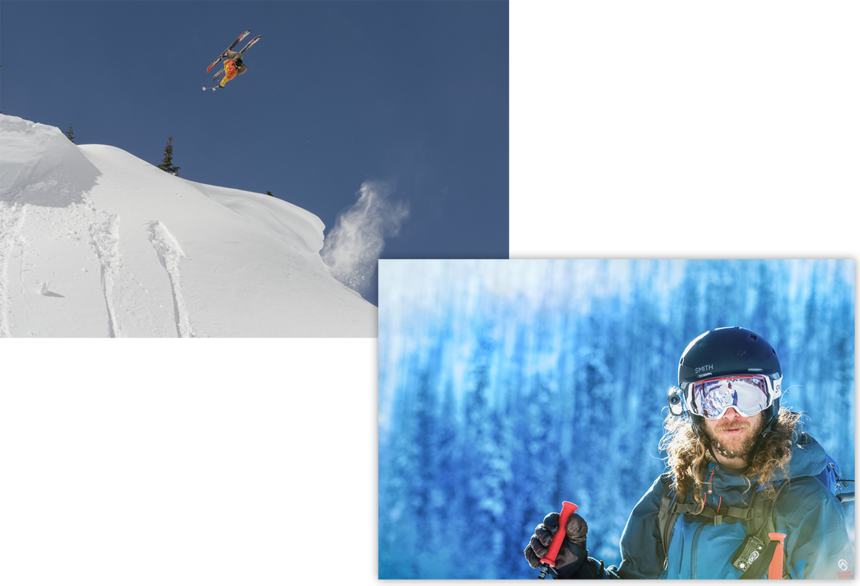 Over the years, Sage has built a repertoire of massive tricks in the backcountry.

The dual straight-line with Mac, that was the best. Such a unique experience capping off the AK trip. Throwing the LED Frisbee around in the ice cave on the Alaska trip was probably the weirdest. Worst…there’s not much that’s bad out there but realizing I forgot my tent on the first camping trip I was on was pretty bad!

If you could relive any year of your career what year would you choose and why?

All the knowledge you have now.

That’d be sweet. Maybe one of those fantasy camps? The first one? I don’t know, I feel like I’d probably go back and not go to fantasy camp and instead go to nightmare camp with you guys. I was blowing it back then. Glad I finally figured it out!

Back in 2011, Sage stepped way out of his comfort zone to climb and ski Denali.

When you first started, social media was virtually non-existent, do you long for the days where you simply let your skiing do the talking or do you see certain advantages of having your own media outlets?

It was a different time then and it was kind of nice but things change and if you’re not willing to roll with the punches you get left behind. I figure you gotta take the bull by the horns and make it your own so if it’s something we have to do why not make it a good thing? Like the orange hair dude says, you got your own newspaper, you got your own media outlet. It’s kind of cool that it replaces the websites of days of yore. I don’t totally enjoy it of course but there are aspects that seem good, but it’s also a double-edged sword. I liked the aspect of where you just waited and saw what people did every fall and the movies came out and it was this big deal, now the whole landscape has changed where there’s so much media. I just play the game, try to do my best and be creative and make the best I can there.

I just play the game, try to do my best and be creative and make the best I can there.

As social media becomes such a force in the pro skier world, do you think Johnny Collinson posts too many, too few, or just the right amount of shirtless Instagram photos?

I pretty much stopped watching so I don’t know! If you don’t interact you don’t see it, you know, the algorithm. He’s probably doing a good job…just enough. 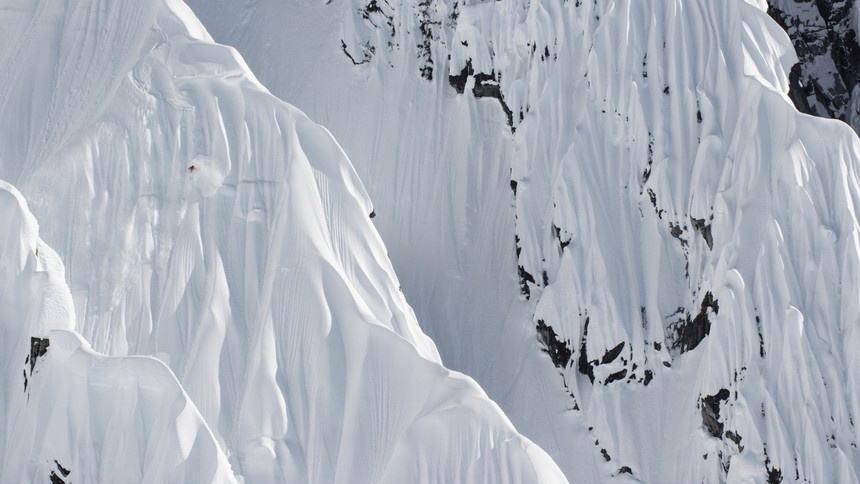 Sage doing what Sage does best.

Will you read us the last random DM you got on Instagram?

Here we go: "Hey I’m trying to get a surprise party together for (redacted).” This is weird who is this person? “In December it’s really deep," I shouldn’t read this because maybe it’s gonna happen! This one just says: ”long time Sage.”

I even got a heart from some fake Russian account!

Early on, I went to a poster signing in the midwest at this big ski expo and it was kind of random. This huge thing, sort of in the middle of nowhere in this expo center and there’s tons of people there and a bunch of other pro skier dudes and I was pretty new. I see Plake and I’m like, oh yeah, Glen Plake, this guy is my hero and he’s like, “Oh man, it’s good that you’re here this is what it’s all about, the nuts and the bolts.” That always stuck with me, the nuts and bolts. This pro ski career, even in the evolution that I’ve seen it go through it’s still the same, it’s all about the connection, the connecting with people, the little shit, the stuff that seems kind of weird and not that awesome to do. Travel somewhere to go to some strip mall and all the sudden you encounter all these people that love skiing and are passionate about it. The nuts and bolts.

I’ve always seen you as a pretty calculated guy—besides that whole crevasse gap from Light the Wick where your first hit was your speed check, that shit was sketch—have you approached risk differently now that you’re a family man?

I think not much has changed. I spent a long time figuring out how to keep it calculated. Granted I have more to think about when I’m at the top of a line like “oh yeah, I got those kids to go home to.” But I never really had much of a death wish or anything. With age in general you start seeing the perspective and risk, there’s a natural chilling out. But I’ve always enjoyed the flow and good vibes. There’s a few times when it’s time to go for it, not very often and you kind of know when that is. If I’m scared about it, it’s a definite no, and that’s how I still roll.

If I’m scared about it, it’s a definite no, and that’s how I still roll.

As you’ve built one of the most stacked resumes in skiing, do you feel just as hungry as ever or do you see yourself as more of a mentor to the guys coming up?

I’m definitely less hungry, but I still get real excited about it all. I still enjoy the process of it. I enjoy the new challenges about what we’re doing out there. When you’re getting into that place, whether it’s line choice or fantastical skiing ability zone or whatever, when you get excited about something it’s good to go with it. I’m pretty easy just going with the flow, I don’t try to make something out of nothing. So in that case it’s nice to be in the position to not be all about my experience, but also assisting the other people that are on the trip. I feel like a lot of the time it’s a lot of give and take. Even though I have a lot of experience and am in the position to have some mentorship rolls with people I’m always learning whether it’s from the youth or my peers as well. 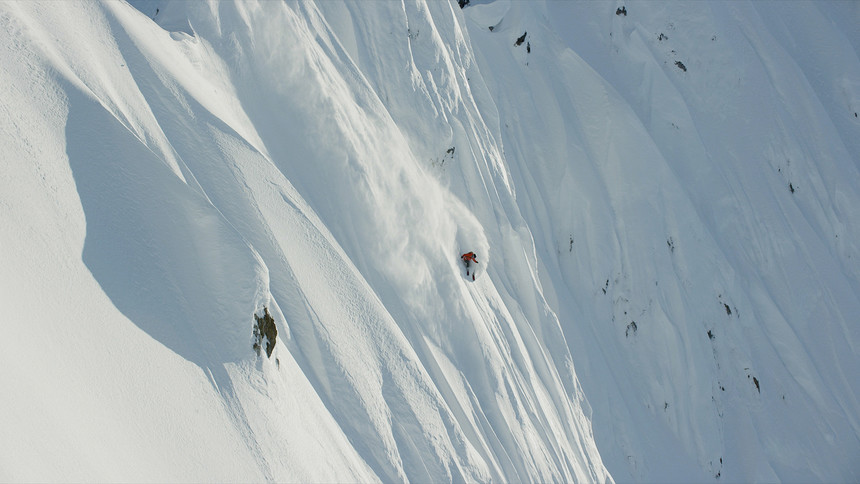