The Far Out Ones: Ian Mcintosh

A man that needs no introduction, Ian McIntosh is best known for hard-charging big mountain lines. Despite multiple Line of the Year awards and over a decade of filming with TGR, the 38-year-old Canadian still brings as much passion and enthusiasm to every trip as the greenest rookies in the crew. He’s gregarious and often the most talkative person in a room, his outgoing personality earning him the nickname “the town crier.” However, beyond his on-hill antics and his off-hill personality is a man that’s out to prove something to one person only, himself. I recently chatted with Ian about TGR’s new film Far Out, dealing with haters and the nuances of being a redhead.

You’re now one of the most veteran skiers in the TGR crew, has your role in the team evolved over the years?


Definitely. In the first few years skiing with TGR I was the new guy. I was looking up to everyone around me. I wasn’t making any decisions about trips or the ins and outs of day to day filming or anything like that. These days I have a pretty active roll with figuring out where we’re going to go, organizing trips along with others and just stepping into more of a leadership role.

Have you trended toward a particular type of trip?

Obviously I’ve been getting older and I have gone into this mindset that the same old “going on a heli trip in April” was getting a little mundane and I needed to change it up to continue to inspire myself and also to continue to inspire those who care to follow what I do. The foot power approach has been a big focus of mine over the last few years. 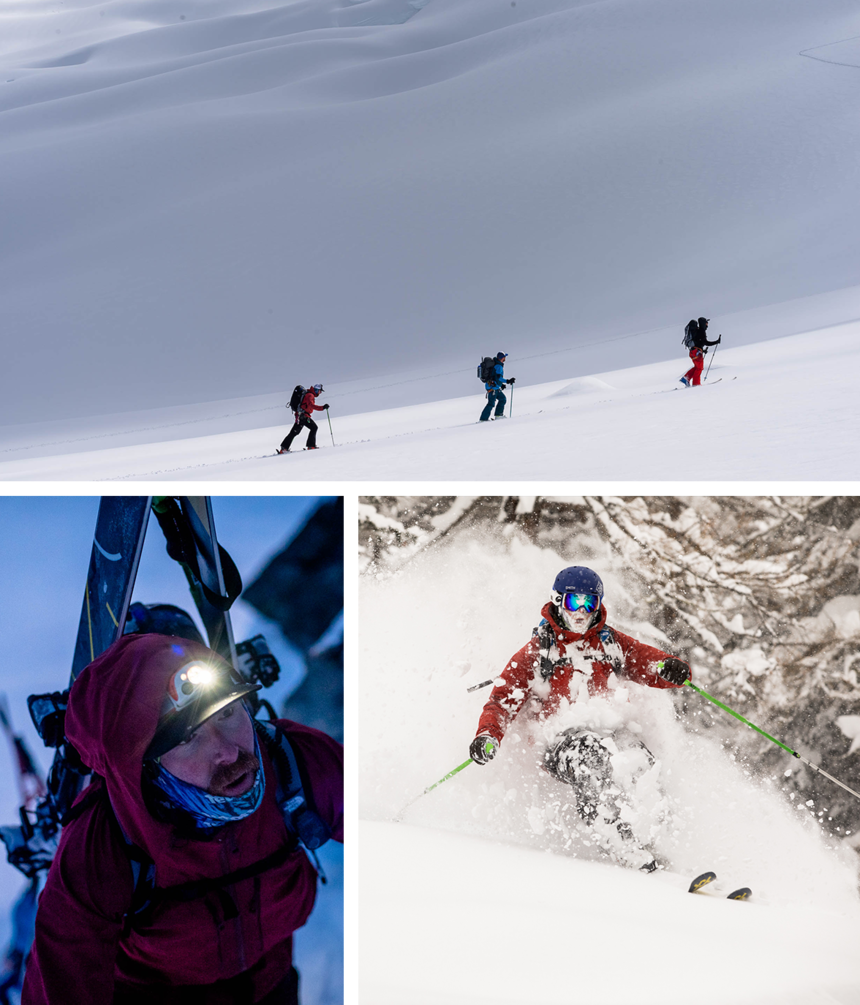 Speaking of foot-powered trips, was there anything distinct about this year’s trip?

We were going beyond where we have ever explored before, into an area that we were pretty sure no one else had really skied before. It also offered a lot of variety of terrain: from couloirs to spines to straight lines to Valdez-looking ramps. Unfortunately, conditions limited us to north facing couloirs and ramps, but it was a really unique spot. It was far less glaciated and far more remote and had pretty amazing variety of terrain had conditions lined up.

Yeah, 20 more feet of snow it would have been all time. 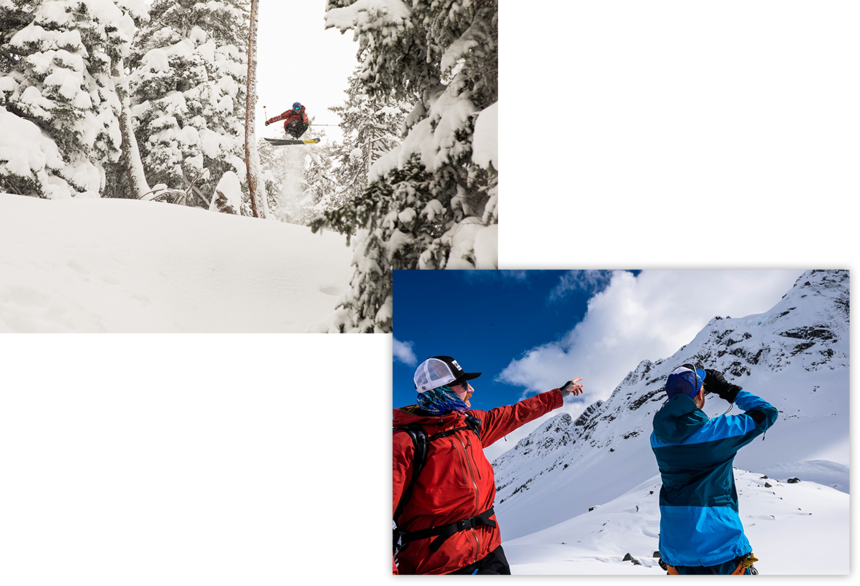 If I must say, you had one of the most dialed camp setups this year in AK - any advice for first time snow campers as far as dialing in your scene?

If you have the ability to take a lot of gear, take it. If you’re using a ski plane or heli drop you’re gonna have a lot of space for gear so take all the comforts. When you’re several weeks in the mountains and waiting out weather or whatever it may be you’re at least comfortable. That might be having your own personal tent to sleep in or a really nice sleeping pad or sleeping bag. Figure out some sort of cook tent or communal hang out space, so you’re not cooking in the tiny little tent you sleep in and so you have a spot when you are waiting out weather. Having a pretty amazing cook tent set up has really allowed us to stay comfortable out there and stay stoked.

Changing gears. Over the summer you got married, how’s married life treating you?

Married life is super different—we’re settling right down, we went to burning man for our honeymoon. So, just becoming very domesticated (laughs). No, this is my second go with marriage and as you do in life you learn a lot as you get older and I learned a lot through my first failed marriage about what I’m not looking for in a partner and what I don’t want to do.

After my first marriage I thought I’d never get married again but you meet the right person and my wife Jen is a true soulmate of mine.

She’s my best friend so it made total sense to marry her. Really, though, nothing has changed on our end besides being back living at my home in Pemberton. We’d been living in Squamish the last three years which was great but I’m really excited to be back in Pemberton, more centralized to the mountains and back in my house that I love so much. That’s the only real big difference to us, that we moved back into our home.

Jen sounds pretty easy going as far as putting up with all your traveling and other various shenanigans.

Yeah, she knows the program. She knows that I’m going to be gone a lot throughout the year but she’s an independent women and can handle it really, really well. That’s another reason why she’s my wife.

And, she has a thing for redheads. Do you think you fit some of those redhead stereotypes that are out there?

I’m sure I fit some of them, I don’t even know what they all are, but I’m sure I fit in to a few. If being loud and coming in hot are redhead traits, I definitely fit those (laughs). A lot of my close friends that I hang out here in Whistler would probably say I fit into a lot of stereotypes but at the same time I’m very much my own person.

In a lot of respects, I break the mold in a lot of ways.

I’d agree with that for sure. You like to speak your mind whether it’s in person or on social media. I’ve recently read through some of your climate change-inspired social media fights, how do you deal with the haters out there?

If there’s one thing I’ve learned for doing this as long as I have is that there’s always going to be haters. There’s always going to be trolls on the internet and I’ve engaged with them enough over the years that I’ve realized the best way to combat haters is to kill them with kindness. They’re going to come at you super angry and hot and you come back with, “okay, that’s your opinion and your entitled to that but how about this point, this point, and this point? Thanks for your input and thanks for your comment.” Really killing them with kindness.

I think the biggest mistake that people make in this life is that they make assumptions about others. They make these assumptions based on no information and no facts. The bottom line is when people call me out for being a hypocrite about flying around the world or whatever it may be they don’t actually know what I do in my day-to-day life that has a huge impact and takes a lot of sacrifice because I care.

As far as I’m concerned you could work in the oil fields and care about the environment.

Lastly, as your career is well into its second decade, do you feel like your approach to skiing professionally has evolved over the years?

I’m still super hungry, but it’s different. In my 20's I was very, very ego-driven and some people that know me not as well as other may think I still have a super strong ego but I think there’s a difference between ego and confidence. I’m a very confident person but I was very ego-driven when I was in my 20s and I really just wanted to impress people. I was skiing lines that had insane amounts of consequence and doing that all the time, if I made a mistake I was going to get seriously injured. I still have a lot of hunger, you look back three years ago to the trip that you and I were on where I managed to get Line of the Year just barely hanging on. That was a super high-commitment line with a lot of consequences.

I’m still very hungry for that sort of stuff but I’d like to think in the second half of my career I’m getting smarter with my decisions and I’m doing things and making calls in the mountains that are made less from and ego-centric point and more from something I really, really want to do. I want to push myself, I always have been that type of person that wants to push themselves and see what I’m capable of and that hasn’t changed. 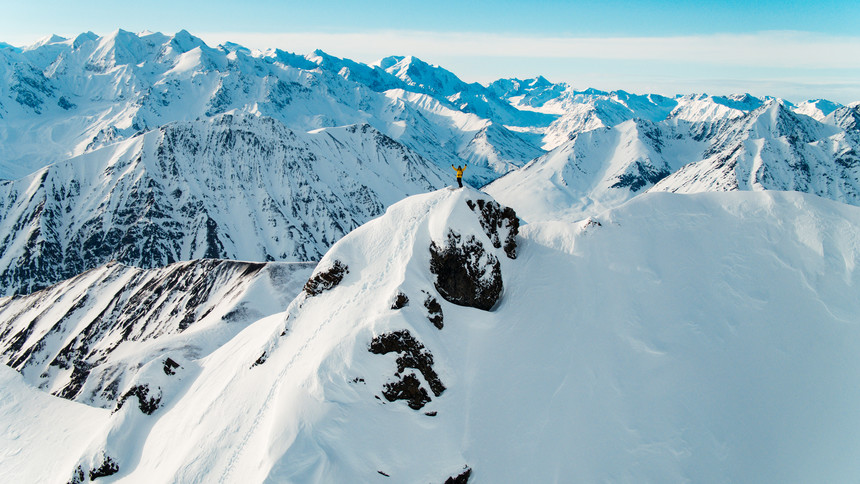