The Far Out Ones: Johnny Collinson

There’s a dual nature to Johnny Collinson. Some may see the motorcycle-riding, Red Bull athlete. Others, the technically gifted skier and mountaineer who summited Everest at age17. And gifted is an understatement. While you were taking the bus to the zoo for your childhood field trip, Johnny was climbing the seven summits. While most skiers fit into either a freestyle category, mastering tricks, and spins, or big mountain chargers, sending cliffs and mountains with nuclear speed, Johnny can and frequently does both. He survives off of chicken tenders and Coors Light, but will always be the first and fastest up the boot pack. You can’t put him into a box, and that’s what makes him so successful, but also wildly underrated. We caught up with Johnny to hear about his fall and what we can expect for next winter.

How did you injure yourself last season?

On April 2 nd of last year I fell while I was filming in Revelstoke. I ended up catching my tail on this compression while landing switch on this tiny little nugget of a jump. I hyperextended my leg forward and heard my knee blow up. It turns out it was a full ACL tear. I went home to Salt Lake and had a bunch of doctors check it out. It was shitty timing. I had just gotten new insurance when I turned 26, and it ended up being pretty bad. None of the surgeons I wanted to use were covered and I was pretty down about it.

Fortunately, Red Bull ended helping me out and toeing me into the surgery center they work with in L.A. So I did my surgery out there and have been completing all my rehab at Red Bull Headquarters.

A lot of backcountry skiers have gone through their (Red Bull’s) programs, as well as a bunch of surfers and motocross guys. I was pretty psyched to get such thorough help. It’s my knee, so it’s a crucial part for my skiing. It just makes me so nervous and I had so many questions about the process. It was amazing to have their support and at any moment be able to ask whatever questions I wanted. 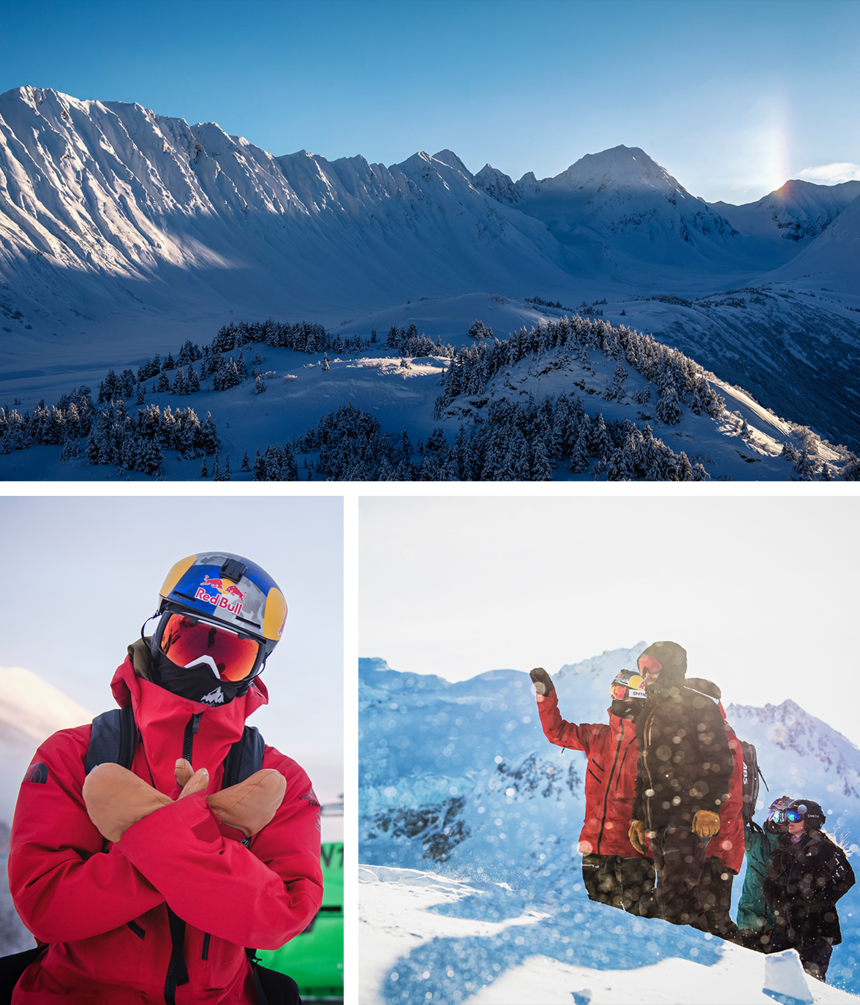 Last year, Johnny Collinson made the pilgrimage to Alaska in January and scored epic conditions in wild light.

My surgeon is a big skier so he understands what I’m trying to do. Working with the PT and the trainer is amazing because I’m in there every day so they are able to witness each small step of my progress. They know when I need to kick it up a notch or tone it back if I’m tired. A normal rehab program you maybe will get to PT every week or every couple weeks. It’s been pretty motivating to have help every day.

What does an average day look like at their facility?

I show up around 9 A.M. and warm up on the bike. I have this round of plyometric movements that I work with my PT on. At this point, it’s a lot of jumping, balance work, and twisting. He makes these little obstacle courses for me to rip around on. I usually spend an hour doing that. Then I’ll get some soft tissue work with the PT. Depending on the day, sometimes there is a bunch of skateboarders in there that need their feet worked on. Sometimes I’ll get cupping or scraping, whatever I’m feeling for that day. Then I will have a strength session, some weightlifting, and full body workout, using your whole body in the movement as opposed to hitting just one muscle group. Eat lunch then hop on the bike for an hour or two.

They have all kinds of cool equipment in there like a sensory deprivation chamber. It’s got super salty water and you float around. It doesn’t feel like your touching anything. You can’t hear, see or smell anything. It’s a trippy mental experience.

They have a cryo chamber as well that blasts cold nitrogen at you. It doesn’t freeze you like an ice-bath it stimulates your skin and blood rushes to your skin. It promotes blood flow and helps you recover quickly. 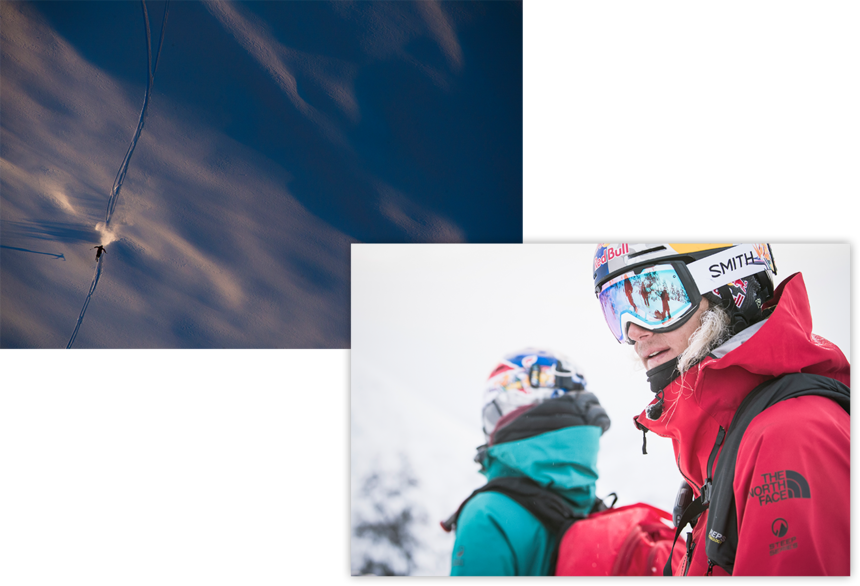 Even with injury, Collinson was able to ski classic lines with his trademark style, and got to spend quality time alongside his sister Angel.

I didn’t know Red Bull did so much to help their athletes.

They set up a camp called “Performing Under Pressure”. The usually take eight athletes and take us through it a seminar. This one had Wim Hoff, the Iceman, who can meditate himself to be warm. It’s all about athletes finding their limit and how to perform under pressure. So for me when I’m at the top of a line I can focus and relax.

What advice do you have for people coming back from injury?

I think a lot of people get down because they instantly think of things that they can’t do. They just focus on all of the negative aspects of an injury. I think that you just have to accept that it happened and move on. I just have been thinking super positively the whole time. Right, when I blew it, I knew this is the bottom, I knew I was going to have surgery and move on. I didn’t look too far into the future and just took it day by day. You can only do what you can with the day in front of you and appreciate every little breakthrough, even if it’s just bending your knee one more degree. It’s just little wins. That’s kept my mind healthy and happy. 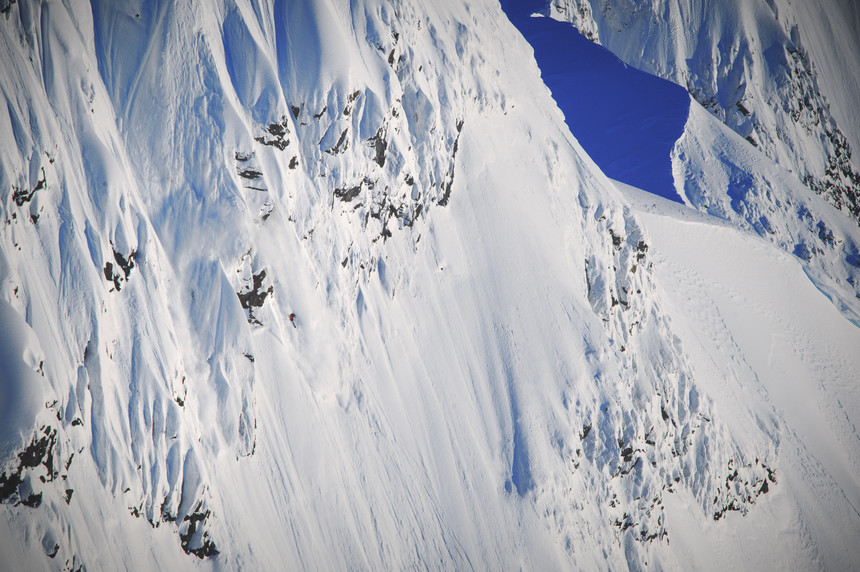 The kind of terrain where Collinson shines.

Little Cottonwood just got two feet of snow, do you still get excited about those first season snows?

This year is a little different because I know I'm not ready to shred yet, but usually this time of year I'm so jacked once it starts snowing. I have been getting the tickle watching all the ski movies and other people's edits. So I'm ready to get back to skiing.

What are you up to now?

I love being on the road for the Far Out tour, it’s super fun. I love hanging out with the other athletes. It’s a blast to go to the shows where we can all get together. It’s just fun to see people’s response. It’s a really cool thing for an athlete to witness a screening. We worked all winter for these shots and put all this effort in, and to go to the show and see people’s reactions in real time is pretty cool. If people have questions or anything we can talk to them one on one.

Is there a difference between watching the film in a ski town and a big city?

In Jackson and ski towns there are a lot more people who know us as athletes and follow TGR. That’s just a general rule. In San Fran, it’s people who may not know who we are. We are signing posters and we have to explain to them what being a pro-skier means. Once they get it they are super jacked.

A few years ago, Johnny joined his fellow TGR athletes to put together an unforgettable segment in the French Alps.

I saw you stopped at the North Face HQ. What was going on there?

Yeah! I got to stop into The North Face HQ. It’s pretty cool because at TNF their motto is “Athlete Tested, Expedition Proven”. We have been able to build the gear we use from the ground up almost. Once or twice a year we will check out the new samples, see if they have made any tweaks. We were just looking at the new jackets as they were explaining some of the mods they had made. We get to give them feedback on those changes. Got to see some new fabrics.

The jacket I was using this year was the Brigandine Jacket. That one is a completely athlete-driven product. We made the jacket of our dreams. Every zipper has a purpose, it’s built to work with a backpack in the backcountry, and fit to your skiing shape. That one is our pride and joy for sure.

What's the plan for this winter?

In my head, I hope I will be 100% when I start skiing. I’ll start skiing late December or early January. I'm just hoping to go to B.C. and hang out with Ian and McNutt and go sledding a bunch. Just post up and try to put together a sweet full segment instead of traveling around as much. Learn their home and have them show me around. Hit jumps, ski pillows, get in the alpine. Basically, do the whole B.C. thing for a couple months! 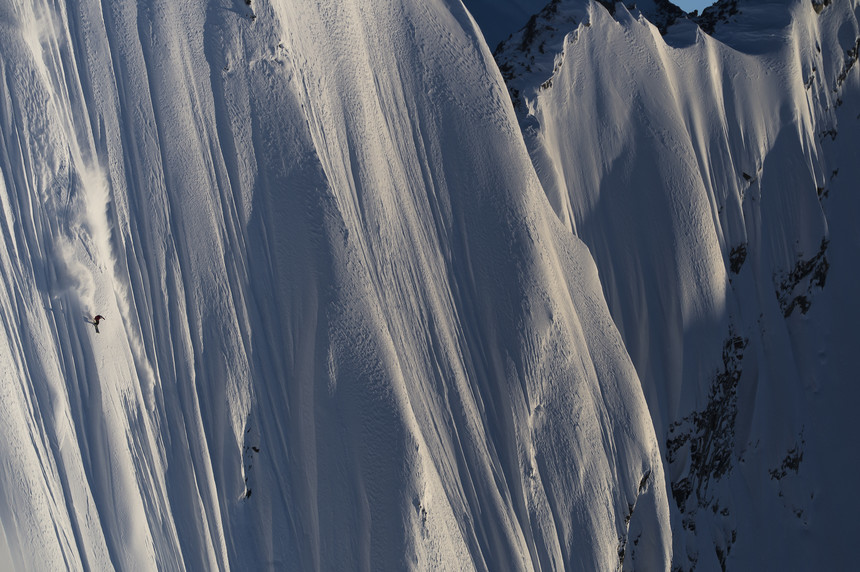