How is splitboarding changing snowboard technology?

The Rise of Hardboot Snowboarding

With the popularity splitboarding has gained in the past few years, snowboarders can finally get in the backcountry with their two-planked friends. But the set up still isn't perfect and lacks some key features needed for long days in the mountains. Phantom Snow Industries is looking to fill the gap between splitboarders and skiers in backcountry technology with one simple tool: the hardboot. 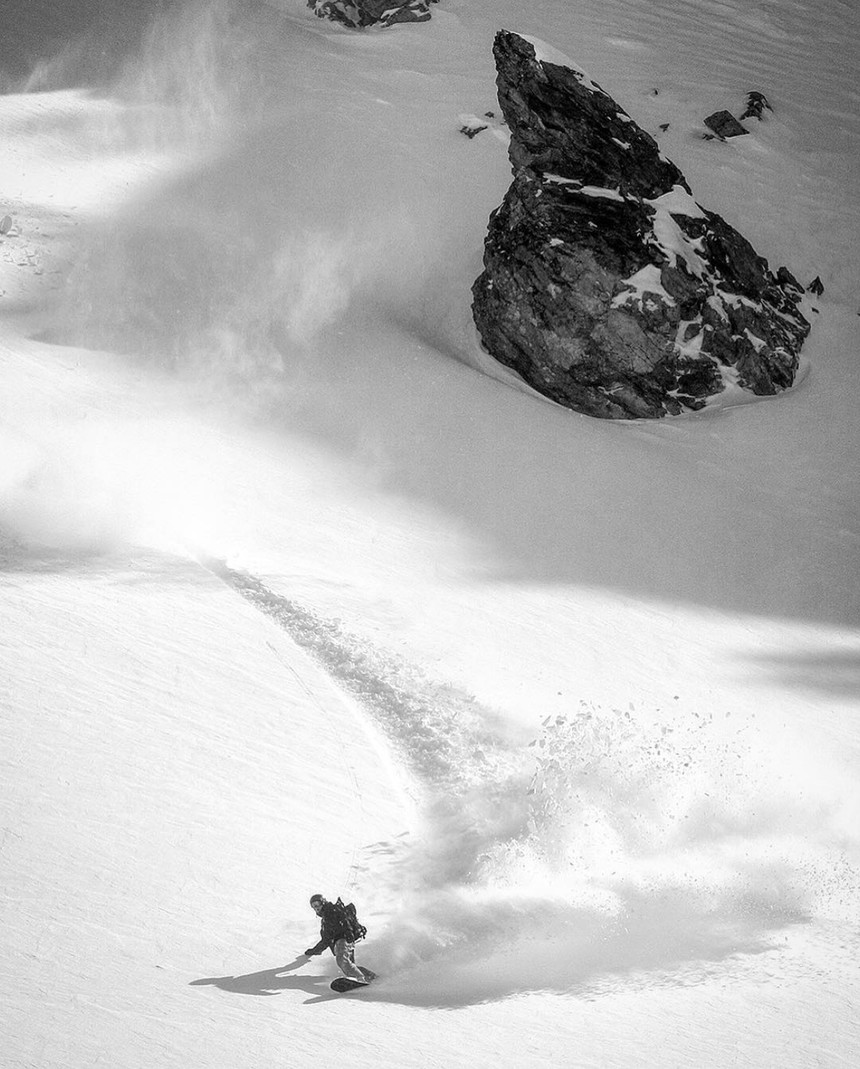 For the past 30 years, snowboarding gear has remained pretty much unchanged. There have been many visionaries who have attempted to change the design of boots and bindings but it seems that we have always gone back to our roots, a bulky Sorel-like boot ratchet-strapped into a hard piece of plastic for edge-to-edge response. This system works, but by no means is it the most efficient way to transfer energy to your edges, specifically on the uphill. With that being said, traditional soft boots are warm, comfortable, stylish, and for that reason we have remained content as we watch our two-planked friends complain about their cold and sore feet while we stay comfortable all day. Sure we have to stop at the top for a second to strap in, but overall the system works well. So, why change?

Now entering the chat is the recent sport of splitboarding and the desire to get into the backcountry sideways. As snowboarders, we initially did what we already knew worked well. The most popular method for backcountry snowboarders has been using soft boots and soft boot splitboard bindings. Although it works, using this system has some massive flaws when you apply it to practical backcountry use. For one, the boot and the binding system is much much heavier than your traditional backcountry skiing hard boot and pin binding system. As the saying goes, one pound on your feet equates to five on your back, so it’s important to keep it as light as possible. Second, soft boots have a narrow range of motion. This forces you into a slow shuffling motion uphill opposed to skiers, who have the ability to make much longer, more efficient strides. Third, soft boots lack lateral stiffness. This is a huge problem when you are sidehilling as it applies a considerable amount of pressure on your ankle and knees which can be extremely uncomfortable and wear you out faster. 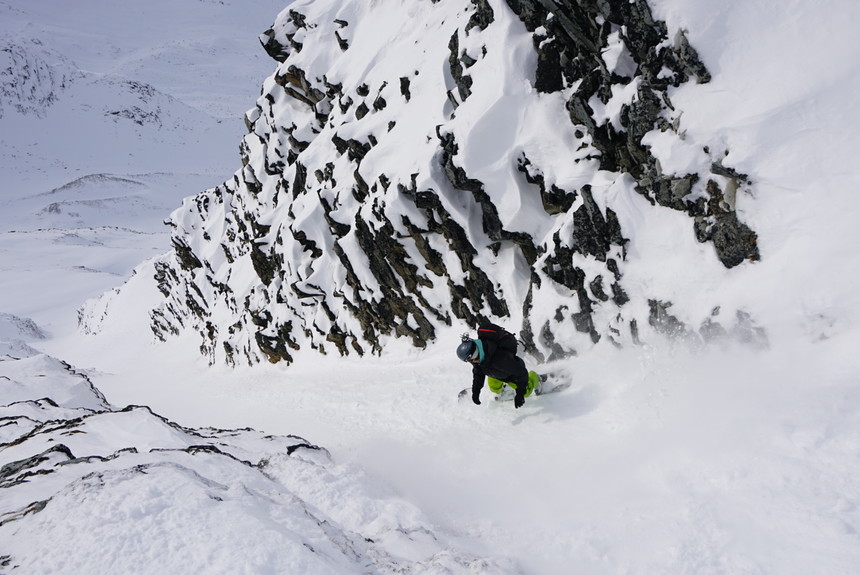 Well, there’s finally a solution to those issues. Derived from ski touring boots, purpose-built snowboarding hard boots use a simple lightweight pin binding system for the uphill taking drastic amounts of weight off your feet enabling you to go faster and further. The range of motion hard boots offer is incredible due to a walk mode that allows the boot to move freely without much restriction. Finally, the lateral stiffness of a hard boot allows you to use the rigidity of your plastic instead of the muscles around your ankle and knee to hold yourself while sidehilling. For years, all of these reasons have provided skiers with a massive advantage in comparison to snowboarders in the backcountry, but those times are finally over. 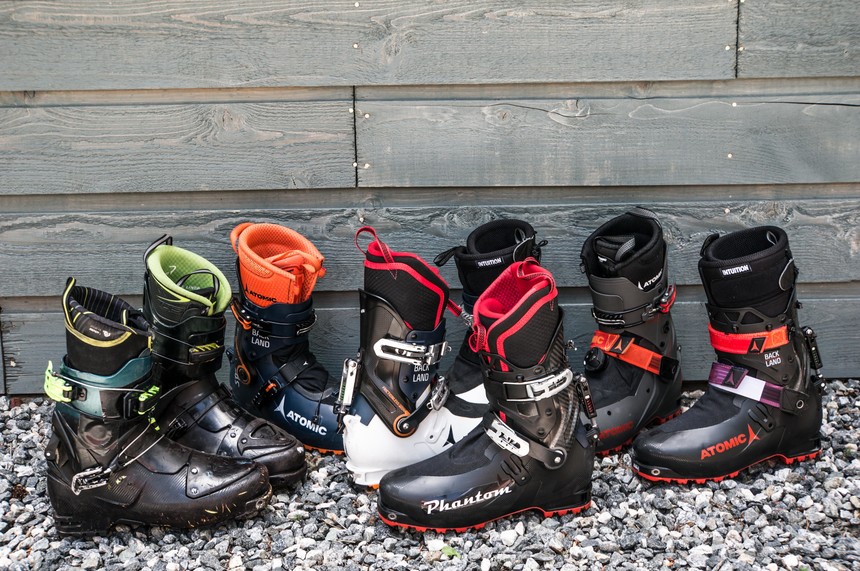 The many iterations of the Phantom Slipper + the final product.

When the sport was just in its infancy, not everyone on a splitboard went the soft boot route. For years, there have been folks who have taken ski touring boots and modified them to work on a snowboard. They would drill into them, cut slots, remove pieces, and relocate buckles, all in the name of creating that familiar soft boot ride feel. It was a lot of work, and they risked destroying a pair of very expensive pieces of plastic. While that's not realistic for the everyday rider, these folks did it because they felt it was absolutely necessary to avoid poor downhill performance. Left unmodified, stock ski touring boots just didn’t have that same surfy feel that made us fall in love with snowboarding. It was very rigid, stiff, and too responsive which made them hard to control on the downhill. Of course, that was by design: skiers are looking for a laterally stiff boot with nearly no forward flex, in order to effectively drive their ski. But there was a small niche of riders who would buy brand new ski boots and immediately start hacking away at them. Irreversible modifications and definitely not foolproof attempts, all for the hope of recreating that familiar feel and comfort they desire. Sure the uphill was amazing, but why would we do that if the downhill was going to be sacrificed? You simply wouldn’t, and that’s the main reason most have steered clear of anything to do with hard boot snowboarding.

What we needed was somebody to redesign the hard boot completely. Ok, that might be a bit overstated, but truly, we needed a purpose built boot for those of us that like to slide sideways. Enter John Keffler, a NASA engineer by day and splitboard binding designer by night. Keffler began Phantom Snow Industries in his garage in 2011, with the first creation of the SplitTech splitboard binding. Over the years, Phantom has experimented with countless boots. They have done the dirty work, cutting boots up, slotting them, filing them, drilling them, relocating buckles, and have even designed and developed their own parts in the search for that perfect splitboarding boot. After years of this research and development, his company, Phantom Snow Industries, struck an OEM agreement with Amer Sports to buy boot parts and came out with the first splitboard-specific hard boot, called the “Slipper”. This boot is not only efficient on the uphill but rides like a snowboard boot on the downhill right out of the box. With the Slipper there is no such thing as sacrificing the downhill. 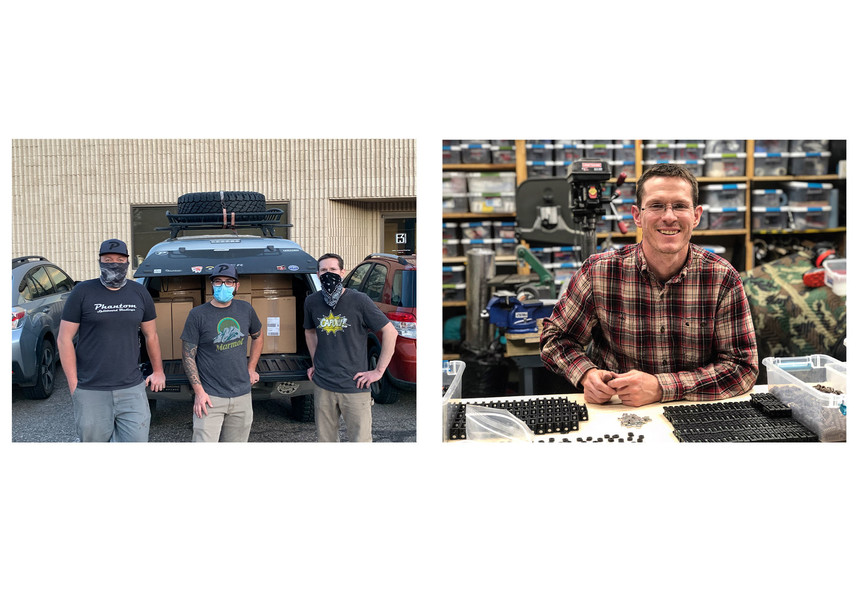 Left: Alex Gelb, Jason Goldstein and John Keffler shipping out the first round of the Phantom Slipper. Right: John Keffler in the workshop.

So what makes this boot so special? Well the answer is pretty simple: years of iterations and testing, professional manufacturing, snowboarding-driven features and a new found addiction to power and control.

At the core, this boot is built from the solid foundation of the Atomic Backland ski touring boot. John chose the Backland because of the unique re-moldable Memory Fit plastic Atomic developed, the method of switching between walk/ski mode and the overall quality of materials used. This boot also comes with a high-quality liner, which allows them to fit virtually any foot with minimal boot fitting work. They really feel very similar comfort wise to your traditional snowboard boot. 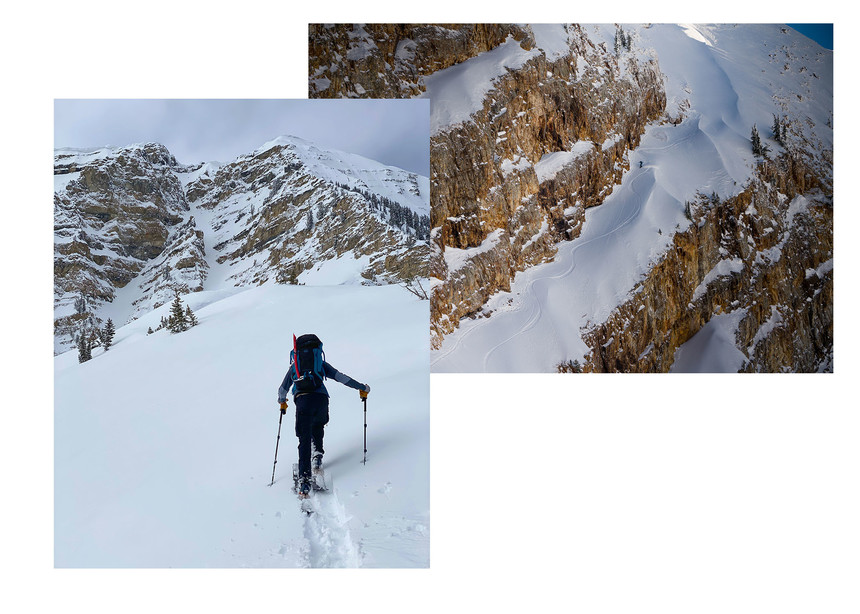 Another important design feature is the addition of an instep buckle. This acts just like the strap on a traditional binding. Keffler discovered the benefit of the instep buckle years ago when he was first starting to modify the Dynafit TLT6. An instep buckle provides better heel hold, which translates to a better ride feel and better performance, both when touring and riding. 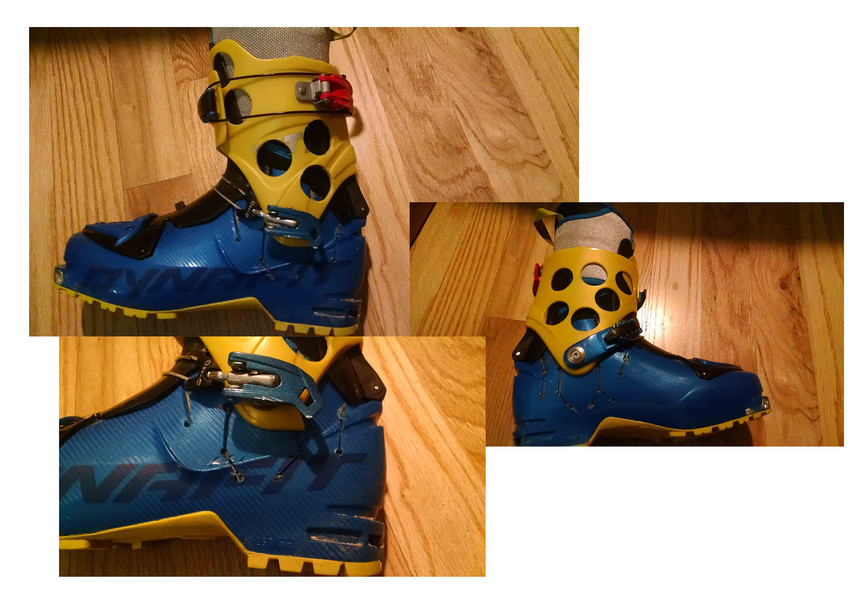 Early mods of the Phantom, built from a Dynafit TLT6.

Finally the missing link is what they call the “link lever”. This replaces the traditional ski/walk lever which is completely rigid and mounts directly onto the upper cuff. When engaged in downhill mode, the link lever has an integrated spring which comes in four different flexes so when you are on the toe edge it gives you about half an inch of forward flex. When you lay one out on your heels, it has a rubber shock to provide dampening which gives it a feel just like traditional snowboard bindings. The link lever also allows you to adjust the forward lean to the spot where you are most comfortable, again just like a traditional snowboard binding highback. On the downhill, this single piece makes this lightweight touring boot perform like a snowboard boot by eliminating the rigidity, providing dampening on both the heel edge, and providing forward flex on the toe edge which was the major issue with trying to snowboard on hard boots in the past.

In the end, what Phantom developed in the Slipper is incredible. This whole system is ready to go right out of the box with no modifications necessary. It helps snowboarders become more efficient on the uphill while preserving, and in some people’s opinion, improving the downhill feeling that we all love about riding snowboards. 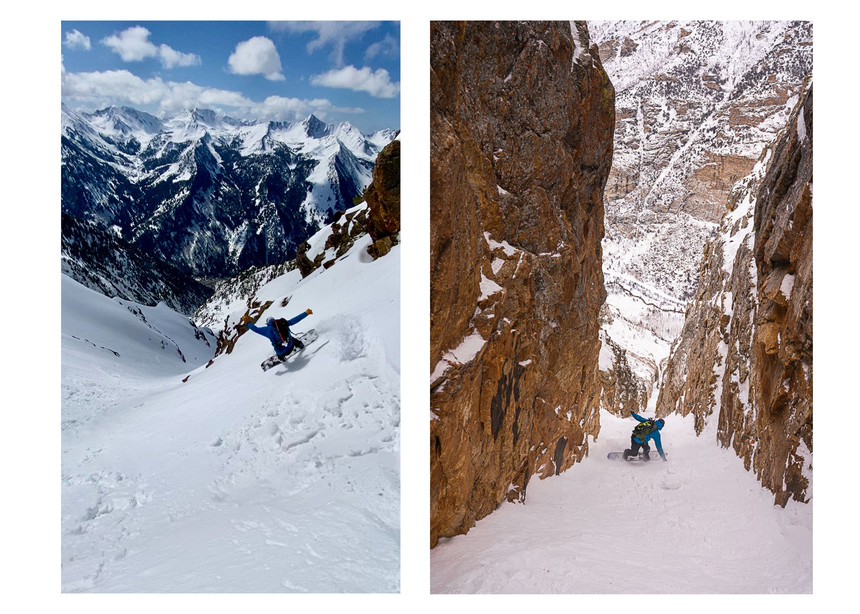 With the insane rise in the popularity of splitboarding and a desire to explore further these kinds of innovations needed to happen. What Keffler did in his garage will echo throughout the industry and leave the major players in the snowboard industry scrambling to keep up as Phantom leads the way. Understandably, snowboarders are reluctant to try something this different and make the investment into new technology. What Phantom is telling people is try them! There are demo centers across the country so you can feel for yourself what they are like. In no means are these boots for everyone but for the avid backcountry splitboarder this seems to be the future. We look forward to seeing the rise of the hard boot snowboarder and ultimately riders pushing it further into the backcountry.