For Accomplice, Carson Storch didn’t have to leave his backyard, literally. His segment was filmed right in his hometown of Bend, Oregon. The small city nestled in the Cascade Mountains has always been a treasure trove for outdoor recreation, but thanks to dedicated locals like Carson Storch, it’s now becoming a hub for mountain biking. With over 300 miles of singletrack, there’s a type of riding for everybody. In one day you can go for an XC ride, before hitting slalom, slopestyle, and downhill tracks, and finish things off with a beer at the many world-class breweries in town. Not too shabby, right? Plus, if Bend doesn’t have something you like, then grab a shovel and some dirt and create your own dream build. That’s at least what Storch would do.

If you’re ever trying to find a freeride mountain biker’s house, a dump truck full of fresh dirt is usually a promising sign that you’re in the right spot. Carson Storch was outside when we arrived at his home in Bend, Oregon. Blocking his driveway was a massive dump truck full of dirt about to unload in his backyard for a new project he was working on.

For most people, backyard upgrades mean a new deck or a spot to grill and chill. Not for Storch. As a Red Bull Rampage veteran, he needs proper places to ride, and where better to do it than right outside his backdoor? We follow him around the house and arrive at a 12-year-old’s dream set up. There's a ramp at the back fence that launches you onto a jump that’s perfect for practicing tricks. Mind you, this is only one of the many spots Storch uses to progress his riding. He also has his own flowy jump line at the Oregon Dirt Park, which hosts the infamous Black Sage Fest event each year, and was home to the Marzocchi Proving Grounds, last year’s Rampage qualifier. And then there are all different trails and dirt jumps located throughout the city that you can find him at as well.

"Mountain biking is my absolute passion, it’s turned into something that I suppose is a tool, but I try to not look at it that way."

As a born and bred Bend local, Storch was more than happy to show us around his hometown for his segment in Accomplice. We caught up with him to learn a little more about what makes Oregon so special, and his highlights from filming with the TGR crew.

You had the chance to film in your backyard. What do you love about riding in Bend?

Carson Storch: I grew up in Bend, and it's a rad filming for bigger projects at home because it always helps grow the scene and puts Bend on the map. There’s still so much potential here, and already tons of rad stuff to ride all around Bend- and Oregon at that matter! 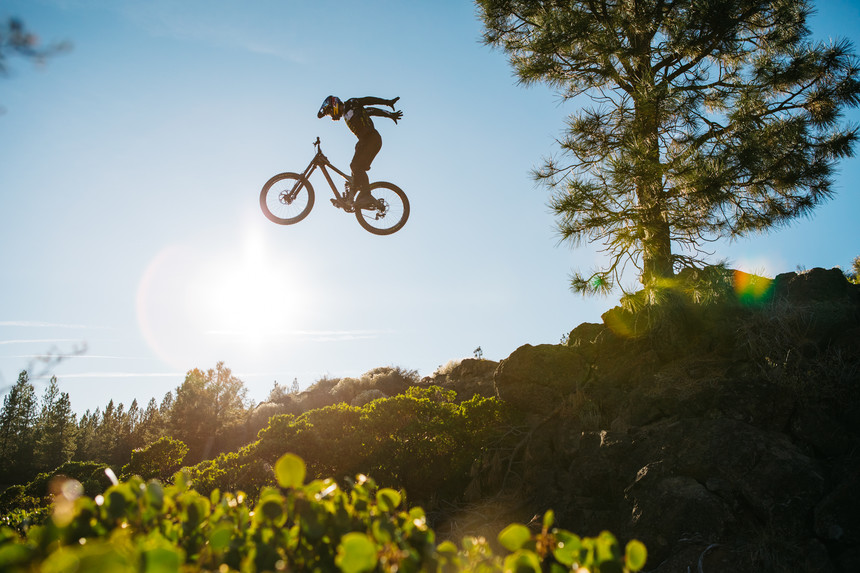 We visited a few of your builds—namely Black Sage and your backyard compound—how do you go about designing new features?

CB: Building new stuff to ride at home is always a work in progress, and always will be. I feel grateful to have a big backyard and a private chunk of land at my fingertips because it allows for full creative freedom with building. There’s so much to ride here in Bend, but the stuff I need to be riding is a bit more progressive than what's available to ride publicly, so it's a good balance.

Rumor has it that Black Sage is going to have a completely new course. Any kinds of features you're looking to build?

CS: Yeah we are building an entirely new course for this year's Black Sage event! We decided it was time to start fresh after three years on the same course! We are still hosting Black Sage at the Oregon Dirt Park, just found a spot on the property with much better dirt and some different terrain. It will be bigger and better, follow @blacksagedirtworks for updates! 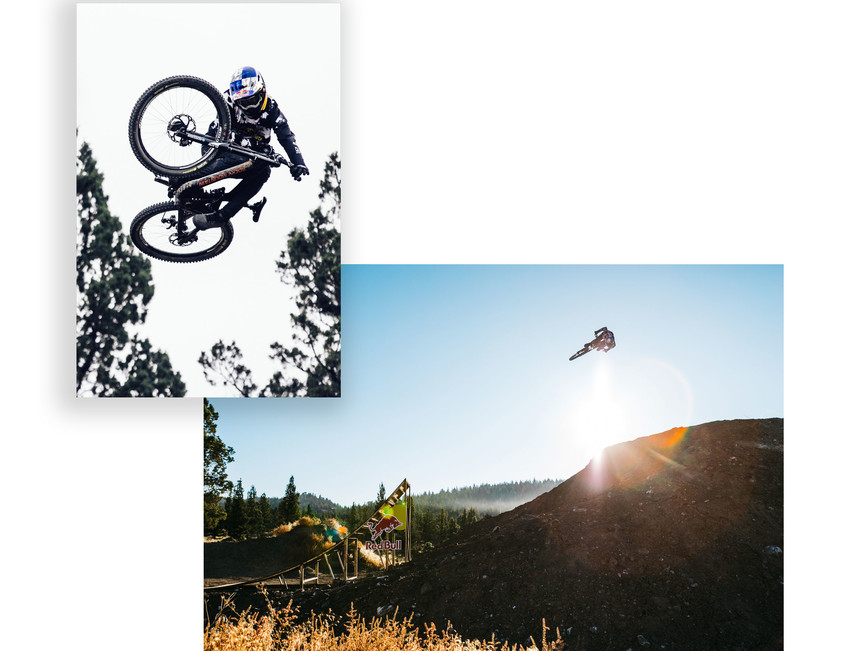 The Black Sage event always looks like a great time. What were some of your highlights from last year?

CS: Black Sage is definitely a great time, and a major highlight for me year after year. For myself, it is the epitome of all of the work I've done throughout my career leading up to good timing to be able to show my hometown what freeride MTB is all about!

What inspires you when it comes to your riding?

CS: I grew up snowboarding at Mt.Bachelor, and the majority of my friends in Bend are snowboarders. It was one of my first passions before I started riding mountain bikes, and has and always been my biggest inspiration for tricks, flow, and more particularly big mountain lines. Then there are guys like Pastrana who have always motivated the send factor for me!

CS: Yes I've worked with Jeremy on a couple of different films, North of Nightfall & Riding the Tatshenshini. It's always been such an awesome experience, he’s a legendary filmmaker. He's very professional but connects so well with everyone he works with, making it such a great experience every time. 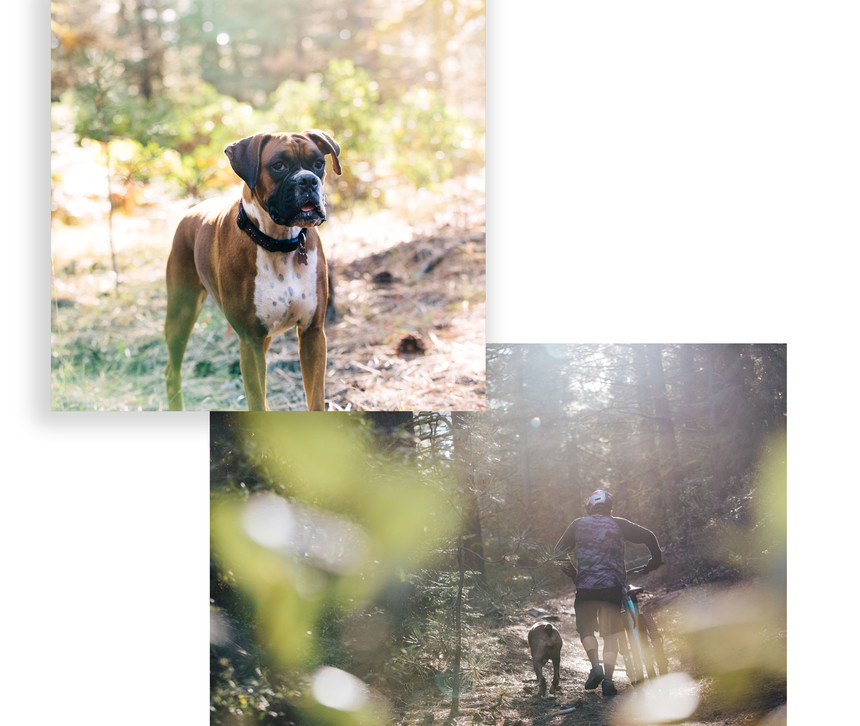 Your dog also made an appearance. Can you tell us a bit about Bentley?

CS: Bentley is now a two-year-old Boxer. She has way too much energy—in a good way—and brings so much happiness to my life, and everyone she comes in contact with. She isn't scared of anything and likes to push herself at all times. Ultimately, she's a good source of inspiration for me!

How did she do for her first film shoot?

CS: She killed it on her first film shoot! I was worried about her a little bit, she isn't the best around bikes. She loves to get in front of you, bite tires, and ankles in a playful way. As the shoot progressed, she did well. I think she got the idea of just simply chasing me at the end! 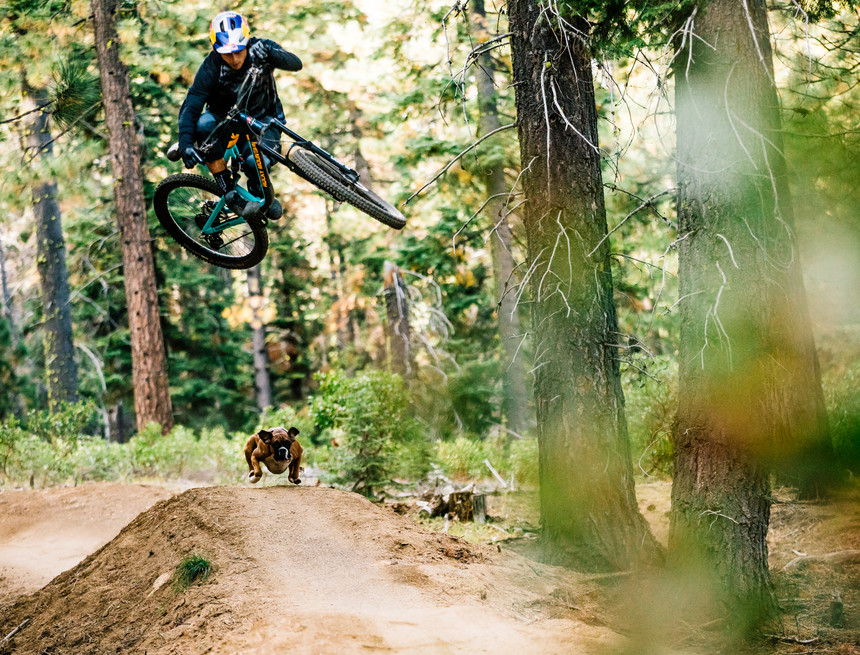 Do you have a favorite moment from working with her?

CS: I think my favorite moment was filming with her at the Black Sage course. I can't reveal too much, but she liked shredding the bigger features- and scrubbing them.

CS: My first bike-related memory was my dad taking the training wheels off of my bike without me knowing at a lake in Oregon when I was a toddler. It’s something that has stuck with me! 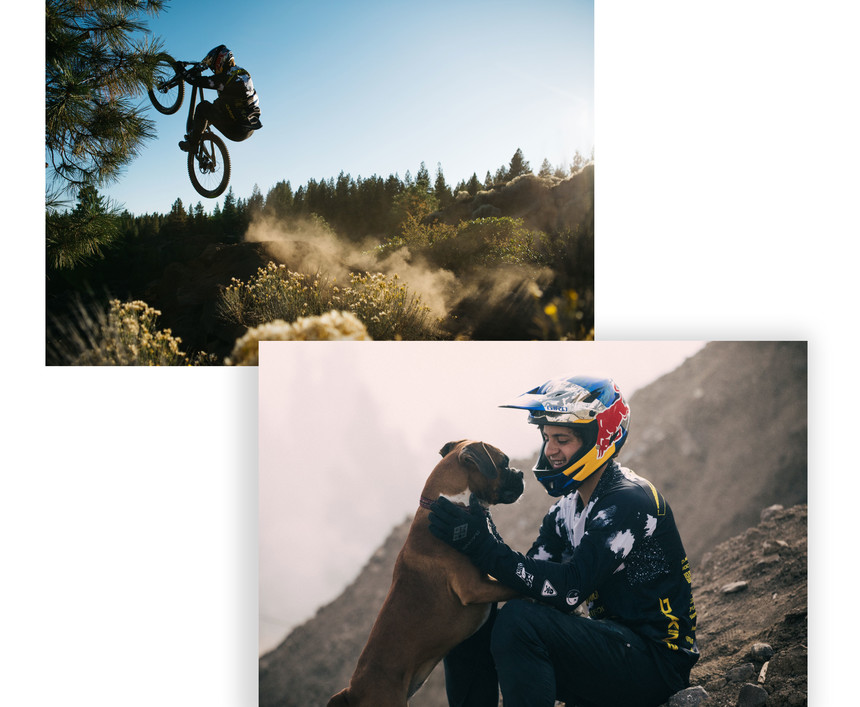 CS: Mountain biking is my absolute passion, it’s turned into something that I suppose is a tool, but I try to not look at it that way. I pinch myself every day realizing that this sport is how I make my living. Super grateful for it.

CS: The mountain bike symbolizes freedom to me. I know, sounds cliche but it's the truth.

CS: Either Bend, OR- or Queenstown, NZ! 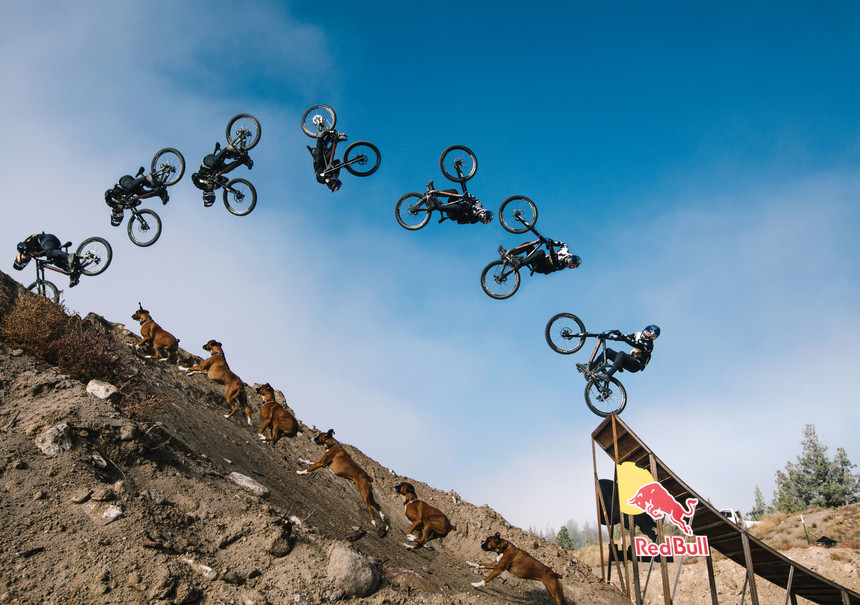