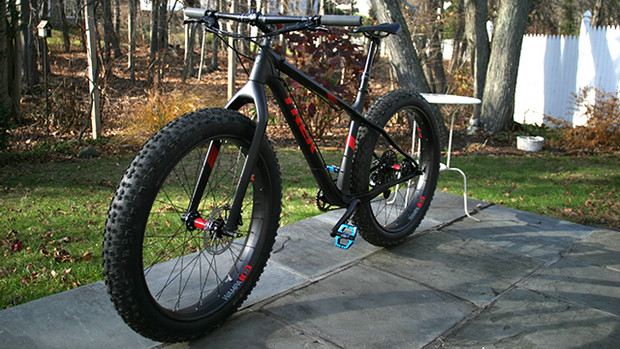 The Farley 9.8 in all its beautiful simplicity. GW Photo.

When fatbikes first came out, I didn't pay too much attention. I got a nice short ride on one every so often and many of my friends bought and loved them, some dumping all their other bikes just for their fattie. But I mostly ignored the category.

Fatbikes are mountain biking's fastest growing segment and retailers (happily) can't keep them in stock, people are going nuts for them. They've matured far beyond their sand and snow cruiser beginnings to become legitimate trail weapons. So it's time... the Trek Farley would be my first long-term test in the category.

In terms of the name, “Farley” sounds like something that might be heavy and goofy. Like most cyclists, I favor slick and light. But Trek’s Farley 9.8 would be all that I favor, and more. 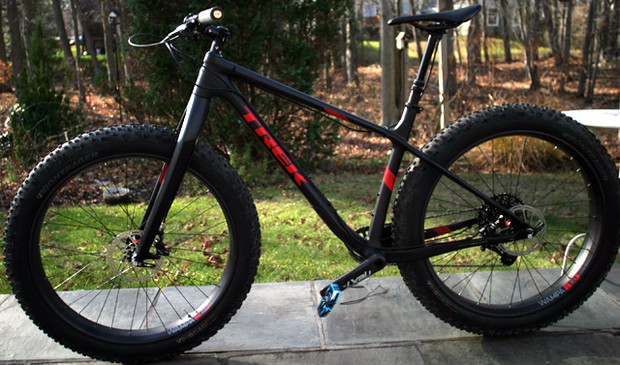 Putting it together was easy: Just slip on the wheels, tighten down the stem, brakes and shifters, and inflate the tires. That's it. GW photo

With a matte finish, red logo, and carbon pretty much everywhere (frame, fork, steerer tube, cranks, wheels, handlebars, seatpost, saddle), the Farley 9.8 is one badass bike. It weighs in at just 25 pounds. 25 pounds. Closing in on XC bike weight. And it looks every bit that fast. The 3.8” Hodag tires roll fast and corner well (3.8” is the minimum tire width for racing in the fatbike category). The Farley is fully rigid, so there’s great power transfer and no suspension pressures to figure out. Which is quite refreshing.

Next carbon cranks with direct-mount 30t chairing. I'm a fan of the direct mount.

Fit and finish on the bike are really slick without any odd OEM parts marriages or head scratching design elements. It looks lean and fast.

How The Farley 9.8 Rides

Topping off Farley 9.8's light weight and general sexiness are awesome SRAM Guide brakes, killer traction, carbon vibration damping, and 15/20mm of tire plushness. Hard tails can ride like a two-hour jackhammer colonoscopy, but not Farley. It's downright cushy feeling. The rollover is stellar, thanks to 27.5” wheels plus the extra height of a fat tire.

And it doesn't wallow, it offers a wonderful combination of smooth and snappy. Just be prepared to stay active; riding the Farley means spending more time out of the saddle than in. Not because you have to, because you'll want to.

RELATED: The top 6 trends in mountain bike gear for 2016

There’s a silver lining to the East Coast’s non-winter winter; you can put in 4 months on singletrack. Farley rewards good trail technique. True of most bikes, but the frame and wheel's torsional stiffness makes the Farley respond quickly and accurately to pedaling and steering input. Keep your butt off the saddle, your body loose and active, your elbows and knees out, and you’ll be golden. The Farley is an EXCELLENT trail bike. Body English is your friend. 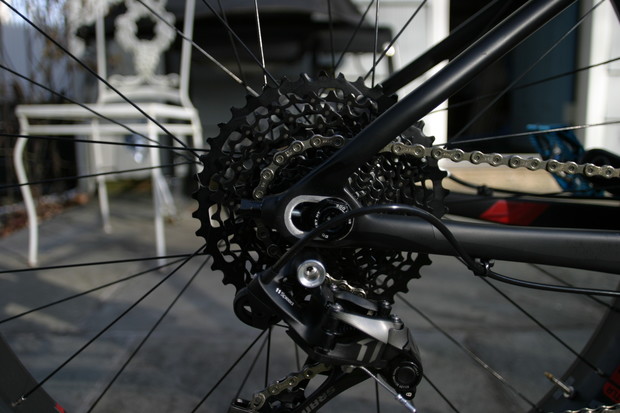 I also dig how you never have to avoid stuff. The Farley 9.8 thrives on the roughest-looking rubble. You’ll purposefully aim for rocky spines and gnarly gardens, because the tires grab the rocks like hand-holds on a creamy 5.4.

You’ll also like not having to drop your saddle 5 inches to get it out of your way as on a Monster Enduro bike. Just set the rigid seatpost at or below XC level, and you’ll be good to go. Or slap a dropper on. The lever fits in on the left side of the clean cockpit. I put on one for the heck of it. 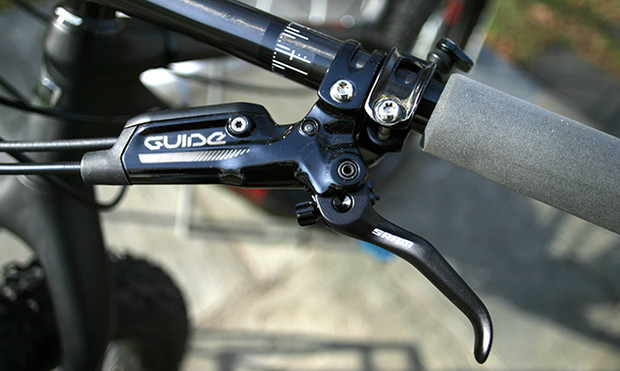 The Guide brakes are more than adequate. GW photo.

The bike's "stranglehold" rear dropout allows you to shorten or lengthen the effective chainstay, though I never saw the need for a longer wheelbase; the bike felt planted and playful right off the bat.

The Farley’s simplicity is refreshing. I appreciated rolling it out of the garage ride after ride and not having a whole bunch of stuff to fiddle with. Just check the tire pressure, and go. There isn’t even a front derailleur to mess with. Over this winter I had a stash of bikes to demo, but I always reverted to the Farley. I had light. I had fast. I had grip. I had sexy. Why pick anything else? 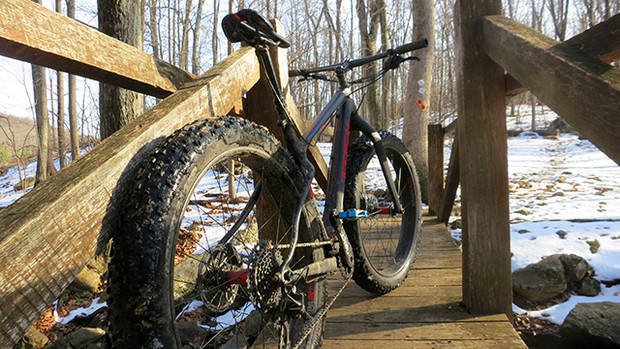 I only rode snow a handful of times, enough to see the Farley’s capability in that milieu. One of my best experiences was riding on a melty day with 50/50 snow/dirt terrain. It's zips across changing surfaces with speed and aplomb. If you’re a Minnesota/Michigan steel-frame 5" tire hardguy grinder, this bike may not be your jam. But if you like to race fatbikes, this is your ticket. Farley accelerates fast and it’s zippy through corners.

The SRAM drivetrain performed perfectly throughout the test.Dirt, wet, slop all had no effect. 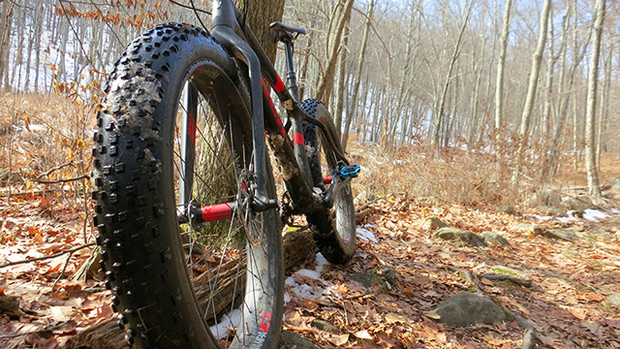 The world has gone nuts for fatbikes (there’s even a fatbike category in the 75-mile road race NY Grand Fondo for crying out loud), but the million dollar question is: can the Farley be your one and only bike? My answer: Hell yes! It’s fast, handles trail like a boss, and power transfer pushing the cranks is nothing short of incredible. I was sorry to see it go.

The Trek Farley has pricing options ranging from a $1,729 base build with an alloy frame up to the top-spec'ed $4,799 model I tested here.

OH, it’s ON! You can forget about any and all courtesy stops for the rest of the summer.

Wild Rye's Freyah pants got an update for 2022. | Wild Rye photo. Just a few years ago, there were only a handful of (very uninspiring) options for women’s mountain bike pants. Gearing up for a mountain bike ride in cool shoulder season weather usually meant a step down in gear options, with only a few drab, baggy pants made for women and smaller riders there to keep your legs warm and protected once temperatures dropped and the dirt got good again. Wild Rye definitely upped the ante