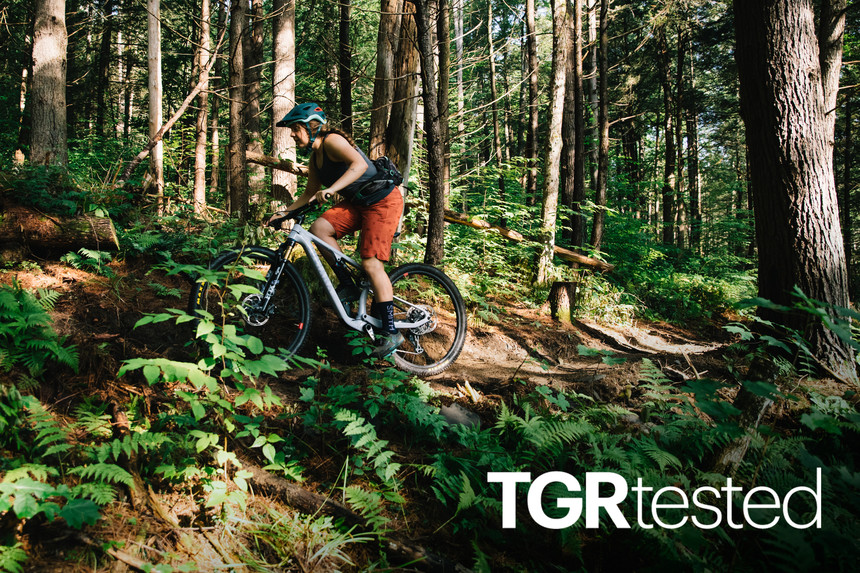 Turns out XC bikes aren't just for lycra-loving hardos. Juliana's newest XC bike—the Wilder—might be advertised as a racing machine, but its geometry lends itself to all kinds of terrain. Luke Toritto photo.

XC Bikes are underrated. There I said it. I can hear my enduro-bro friends gasping in horror, wondering if I’ve abandoned baggy shorts and long travel completely. I haven’t, for the record, but the thing is you don’t have to be a world cup racer to see the value in a short travel bike. If there’s anything I’ve learned from riding Juliana’s latest endurance machine—the Wilder—is that this nimble, deft bike opens the door to longer rides and going really, really fast. Isn’t that something we can all get excited about?

Juliana debuted the Wilder this year, specifically calling it a “carbon XC race rocket.” With 29” wheels, 120mm travel in the front, and 115mm in the back, it's an interesting claim considering most race suspension builds are in the 100mm range. Instead, I'd argue that the Wilder blurs the lines between the XC and trail categories, and solidly is a bike capable of doing both. Unexpedectly, it's the lightest bike Juliana has ever made. If you’re a nerd about grams, then you’ll lose your mind knowing that the medium frame without the shock weighs in at 1857 grams. The engineers were able to strategically shave off some weight by using a single-pivot suspension system—which is common for most bikes in the Wilder’s class. 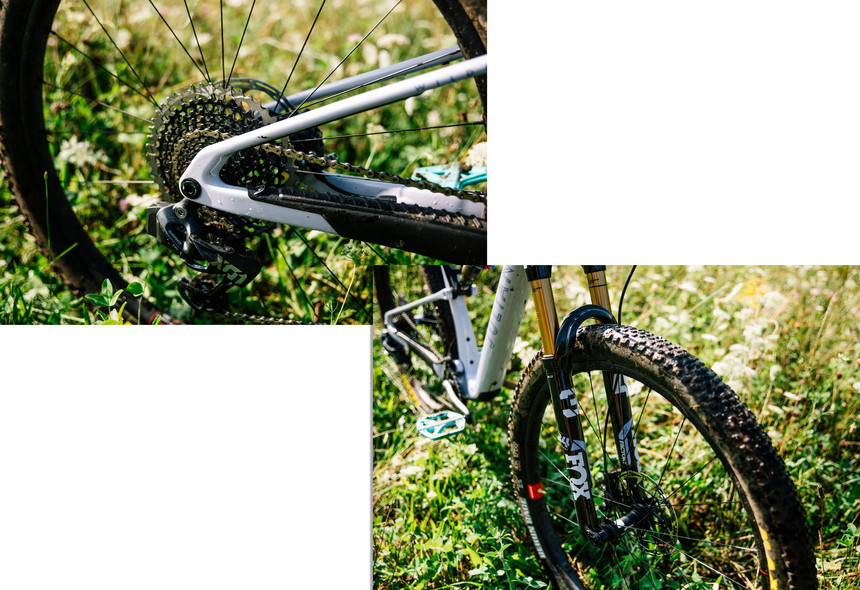 Regardless if you get granular about these details, you’ll easily notice that this bike is ridiculously lightweight—especially when climbing. The build I tested—the Wilder CC XO1 AXS TR RSV—is equipped with all the bells and whistles and weighs in a mere 23.99lbs. With that setup, you get the CC Carbon layup, which is the stiffest and lightest carbon Juliana offers. For suspension, it’s equipped with the Fox Float Factory DPS shock and Fox 34 Factory Step-Cast fork. It comes with the Reserve 28 carbon wheelset, and to round things out it has an SRAM electronic shift drivetrain composed of the 12 speed X01 Eagle, AXS derailleur, GX AXS shifter & 10-50T cassette, and SRAM Level TLM brakes. This is the top-tier build, which is the most spendy and will cost you a whopping $9449. But if you’re looking for something a bit more budget-conscious, Juliana offers four additional models with a variety of specs and price points to choose from. Their entry-level build—which is equipped with an SRAM NX Eagle drivetrain and Fox Performance suspension—is a digestible price tag of $4,599.

Unsurprisingly, the Wilder climbs like a maniac. For one it’s as light as a feather, making it easy to move uphill. I live in Western Massachusetts and ride all over New England. I am constantly riding old-school singletrack, which means there are roots and rocks galore. The Wilder eats up chunky terrain and makes you feel like a hero while doing it. With a head tube angle at 67.1 degrees, it can handle aggressive climbing and tight switchbacks effortlessly. But, the beauty of that head tube angle, though, is that the bike is just as capable of descending as it is climbing. In comparison to other XC bikes in its class, it’s pretty slack and ready to party. Couple that with a 75.1-degree seat tube angle and 29” wheels, and you’ve got a bike that’s fun to pin downhill. 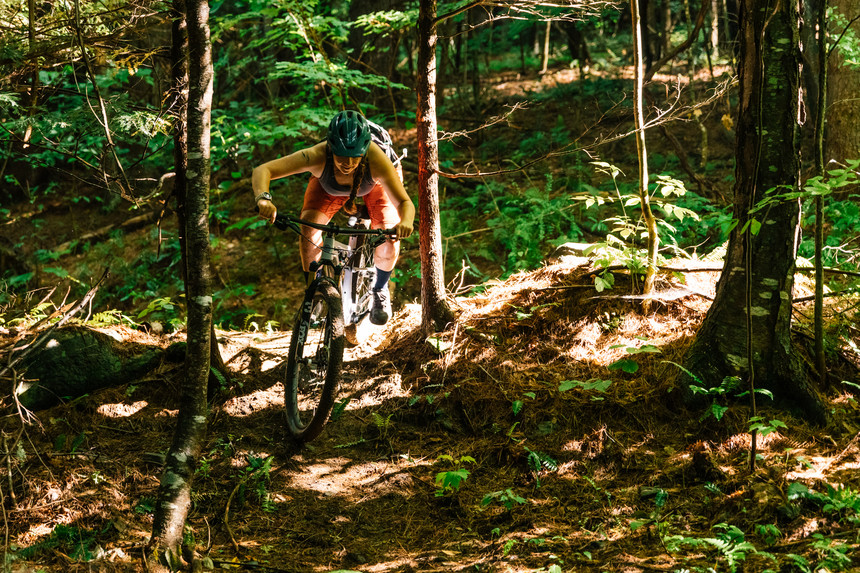 The Wilder isn't just for mashing up climbs. It's just as fun and playful on the descents. Luke Toritto photo.

When it came to descending I didn’t know what to expect. I’ve ridden my fair share of poorly designed XC bikes, and it can feel terrifying when you’re descending. The Wilder, on the other hand, is stable and confidence-inspiring. For 120mm it handles a lot. I’ve taken it down its fair share of steep rock rolls and have been surprised at how well it’s kept up with my boyfriend’s 160mm travel Enduro-machine. I always considered myself to be a timid rider when it came to speed, but that’s starting to change with the Wilder. It’s so nimble and responsive that you can’t help but want to go a little bit faster with each ride. I fully expected the Wilder to be a bike that I mostly used for my favorite chill XC loops. But the bike is so capable that I've often brought it to trail networks previously reserved for my trail bike. It doesn't fully take the place of a hard-charging trail bike, but it comes pretty damn close.

One thing that's holding this bike back is its tires. It comes stocked with a set of Maxxis Rekon tires. They're a great choice for racing, but not so much for someone looking to get rowdy. They're not the grippiest, and I've had them wash out on me on slick roots. Given that 120mm/115mm suspension package is geared towards more for an adventure-minded rider, it would be nice to see Juliana throw some knobbier tires on the bike. 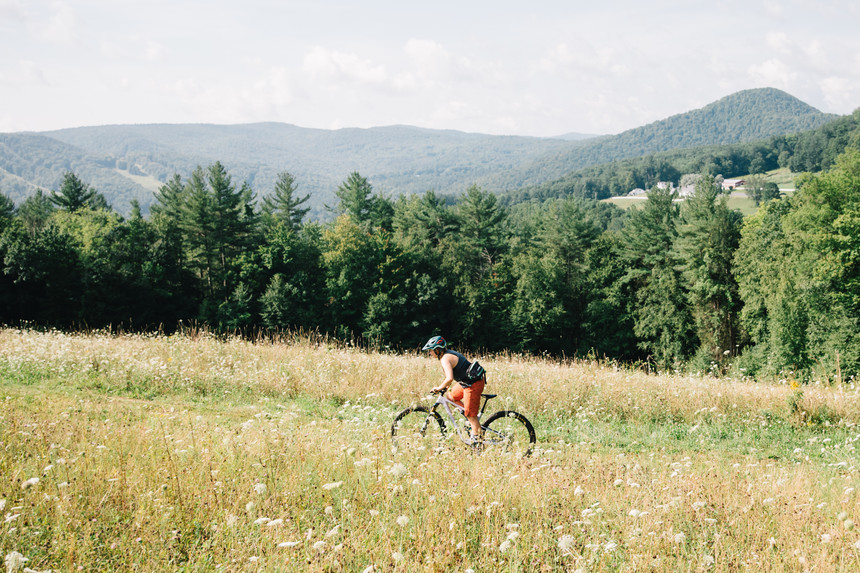 I love the Wilder for exploring off-the-beaten path backroads and spending long days in the saddle. Luke Toritto photo.

One fun little extra about the Wilder is you can mount three water bottles to its frame. It’s a nice little addition that makes it that much more appealing for things like bike packing or long endurance races. Some people opt for gravel bikes when it comes to bike packing, mostly because they’re so lightweight and efficient. But a bike like the Wilder means you can still have a lightweight steed and not sacrifice a full suspension setup. 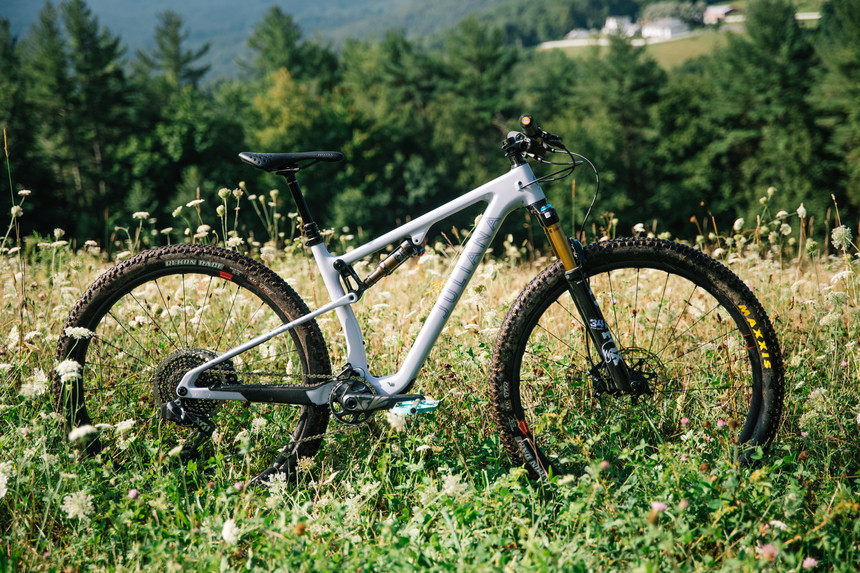 While Juliana has branded this bike as their racing machine, don’t dismiss it if you’re not much of a racer. As someone who doesn’t competitively mountain bike, I’ve loved having the Wilder in my quiver. It’s often my bike of choice when I’m craving an after-work spin. When it comes to working out, mountain biking is my favorite form of cardio. It sure beats running, plus all your hard work gets rewarded with flying downhill. The Wilder is a great bike for building fitness and squeezing the most out of your rides. I also enjoy the simplicity of the bike. It's a nice reminder that you don't have to have the plushest fork and shock for every single trail that you ride. Sure, you might feel the obstacles a little bit more with something like the Wilder, but it just teaches you to pick better lines.

I’m still keeping my big bike for bike park days and gnarly epics. But when it comes to most after-work spins I find myself reaching for the Wilder, and I don’t feel guilty about it in the slightest.

Trek's new Slash 9.9 might be as aggressive as single-crown bikes get, but it's also a versatile tool that will make a good rider feel like a great rider in just about any kind of terrain. | Max Ritter photo. There are few things that can bomb down a trail like a long-travel 29er. When Trek described the new Slash as “monster truck meets magic carpet,” it sounded like their marketing team had gone a little COVID-crazy, but I’ll admit it was seriously intriguing. I mean, if anything’s

Fox's all-new DHX shock is a "trail bike" shock that can handle a whole lot more. | Max Ritter photo. It seems much of the mountain bike world has become coil-curious in the last few years. While air shocks offer easier adjustment, tend to be lighter, and will work with nearly any frame, coil shocks just have that undeniably smooth feel that allows for gobs of traction when you need it most. Fox has had several coil shocks on the market for the last few years, namely the new DHX2 (updated