Editor's Note: This is the second installment of TGR’s new column, 'Top Shelf', where our influencers and athletes talk about new gear they are stoked on 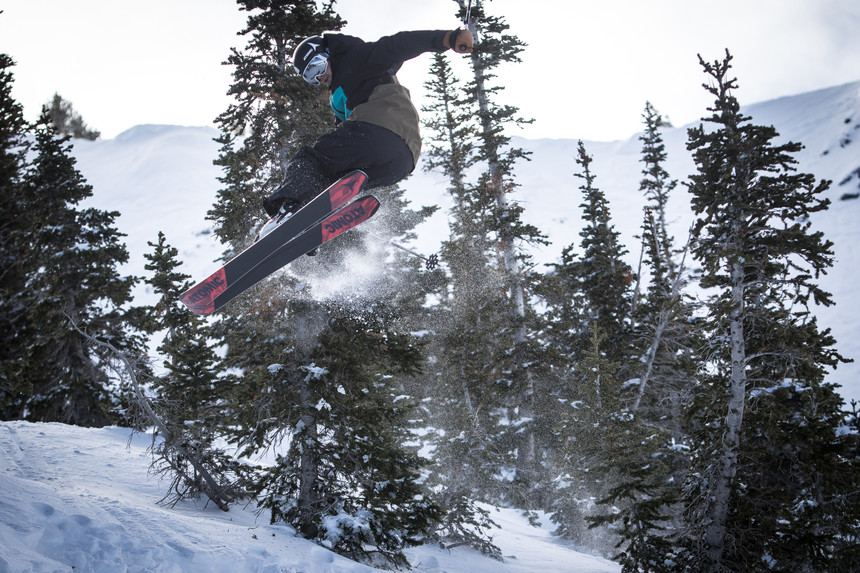 Last week, Atomic Skis brought a few dozen lucky members of the ski industry to a not-so-snowy Snowbasin, UT to get us aboard their new lineup of shred sticks. Atomic has been in the game longer than most, and innovation is certainly still atop their list of strong suits.

Fresh for ’18-’19 are some updates to the all-mountain Vantage series, a revamped Backland line, and a new version of the infamous Bent Chetler. Oh and the best part? A touring binding that doesn’t ski like a touring binding.

Testing products on snow is one thing, but we were lucky enough to be accompanied by some of Atomic’s Austrian engineering team as well as athletes and design masterminds Chris Benchetler, Sage Cattabriga-Alosa, Nick McNutt, Tim Durtschi, Lucy Sackbauer, and Daron Rahlves. Conditions weren’t ideal, but the crew of guys and gals got sendy anyway. 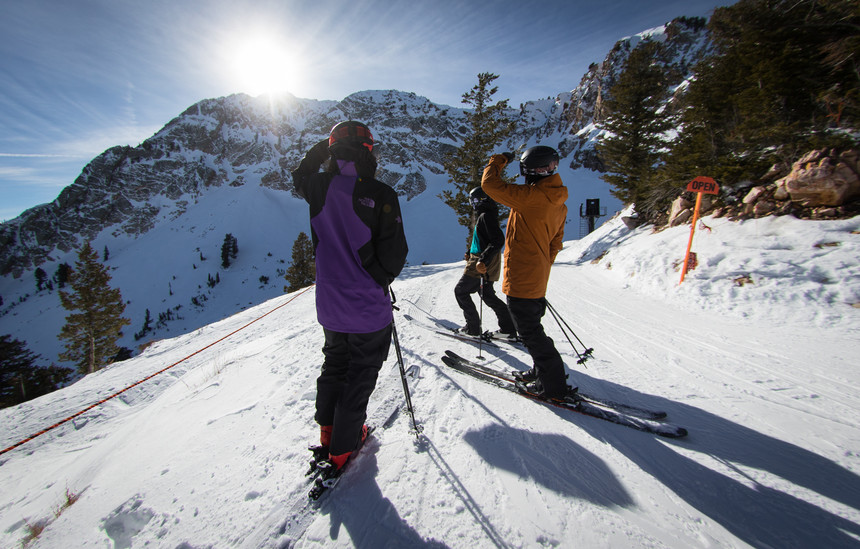 Sage, Mcnutt, and Benchetler showed us around Snowbasin aboard the new lineup, enjoying springlike conditions in January. Steve Lloyd photo.

What better way to get to know the new Bent Chetler than to rip a few laps with the man behind it all?

Chris Benchetler, now a married 31-year-old with a child on the way, is showing no signs of slowing down. He spent most of last season chasing pow in his badass sprinter van–the Stealthy Marmot–and has been busy doing more of the same this year. His skiing style speaks volumes about why the Bent Chetler looks the way it does: surfy, playful, jibby; you name it.

The original Bent Chetler came out a decade ago, and was a radical departure from traditional ski design, designed specifically for having fun in deep snow. The new one’s intentions are no different, but a redesigned core, lighter weight, and slightly different flex pattern usher it into 2018. 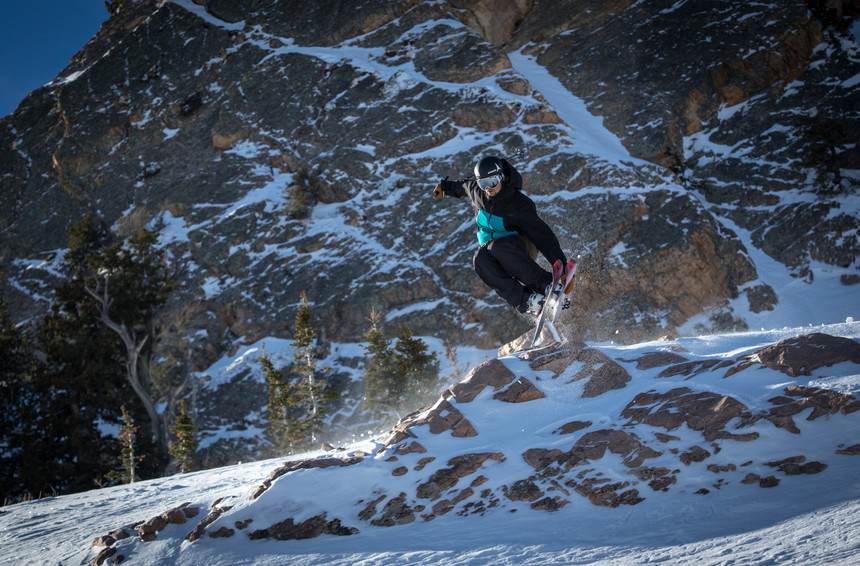 TGR's Nick McNutt shows us what the Bent Chetler 100 is capable of. Steve Lloyd photo.

Chris Benchetler, along with many other skiers, realized that a narrower ski is often a better choice on days where the snow simply isn’t so deep. So after 10 years of his pro model ski crushing pillow lines and deep powder runs all over the world, Chris decided to create a 100-mm underfoot version. The 100 was the ski of choice for most of the athletes, many of which were skiing it for the first time that day.

The ski still retains the incredibly playful nature of its bigger brother, thanks to subtle rocker and a horizon tech (think boat-hull-shaped) tip and tail. This allows the ski to surf through soft and cut-up snow and butter and spin at will, just like the big one. It’s as if Chris designed a ski for park rats.

“We left the tail a bit flatter than our initial concept, it doesn’t have as much rocker as the 120, in order for it to work better for every skier out there," Benchetler told TGR about the new design. "You can lay down some racer carves or go ski bumpy, chalky snow, and of course go ski powder.”

What sets the ski apart from the rest of the lineup is its ability to absolutely rip hard snow. The narrower waist width is largely responsible there, but a very predictable flex pattern (soft tip and tail, stiff underfoot) sure helps. I found myself carving huge GS turns only to throw the tail out at full speed over a roller, almost like a pow slash, and then keep charging. In a nutshell: this ski is VERY fun. 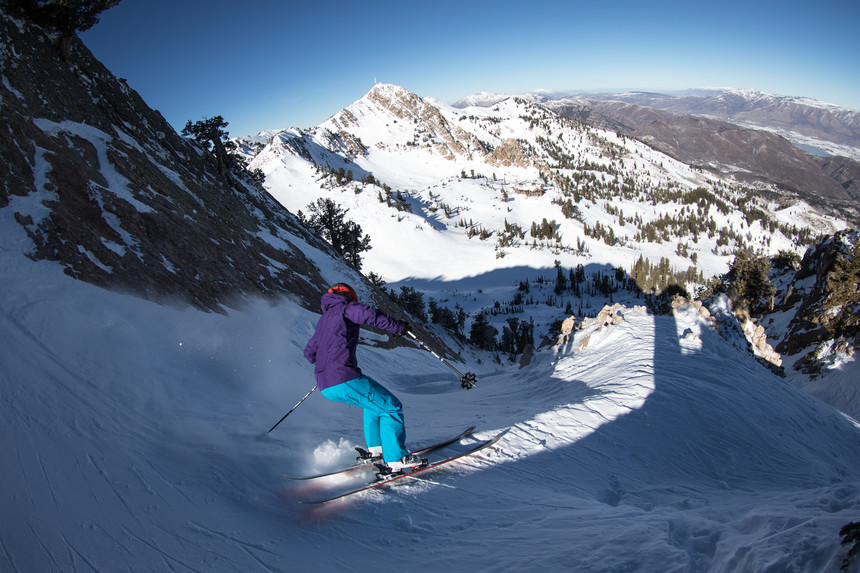 We did get a chance to ski some steep terrain, and I quickly found that the ski is an absolute goat: nimble, quick edge-to-edge, and supportive when you need it. The stiffness felt just right for dropping into the bumped-out steeps and windbuffed chutes we found at Snowbasin.

Bottom line? The new Bent Chetler 100 may be finding itself into quivers as the perfect resort ski for those skiers who like to spend equal amounts of time charging and having fun jibbing around at slower speeds. 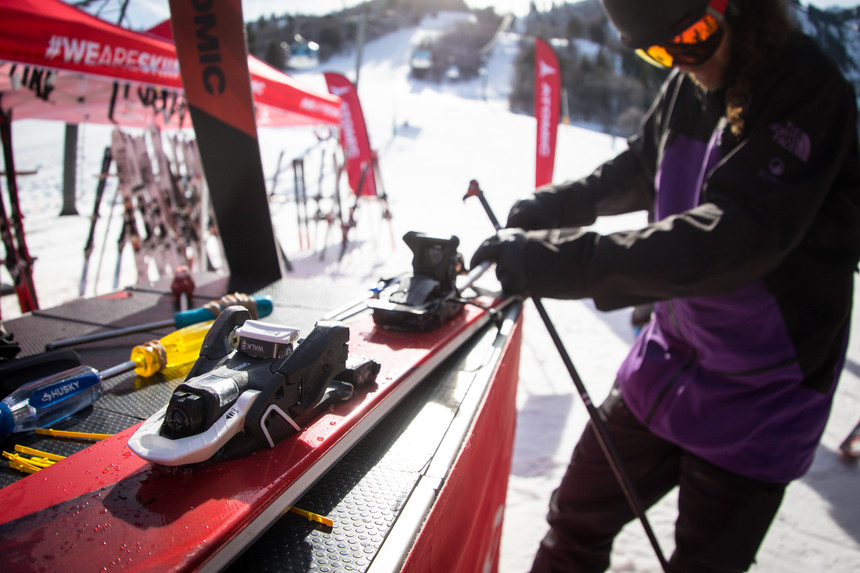 Sage Cattabriga-Alosa sets up a brand-new pair of SHIFT bindings. Sage has been involved in the design process from day one. Steve Lloyd photo.

Ah yes, the moment we’ve all been waiting for. After Salomon (Atomic’s partner brand under the AMER sports umbrella) launched the SHIFT a few weeks ago, Atomic spec’d some of their demo ski fleet with the new binding for the Snowbasin launch for us to try.

The SHIFT is a touring binding, but it certainly does not ski like one. We’ve seen a few bindings in recent years make an attempt to bridge the gap between a Dynafit-style toe and an alpine heel, but Atomic’s approach is radically different. The toe piece transforms from a pin-style unit to a full-on alpine clamp with the flip of a switch. It may look like a transformer, but it works flawlessly.

Sage Cattabriga-Alosa, who was involved in its design from day one, summed it up nicely.

“The other brands did half the work for us: figuring out the heel," Cattabriga-Alosa told TGR. "But nobody has gone as far as completely redesigning the toe to make it actually powerfully ski.”

I got a chance to ski the SHIFT on the new Backland 107 ski. The first thing I noticed was the weight, or lack thereof. I did not get the setup on a scale, but it was immediately apparent that my legs would thank me on long tours. 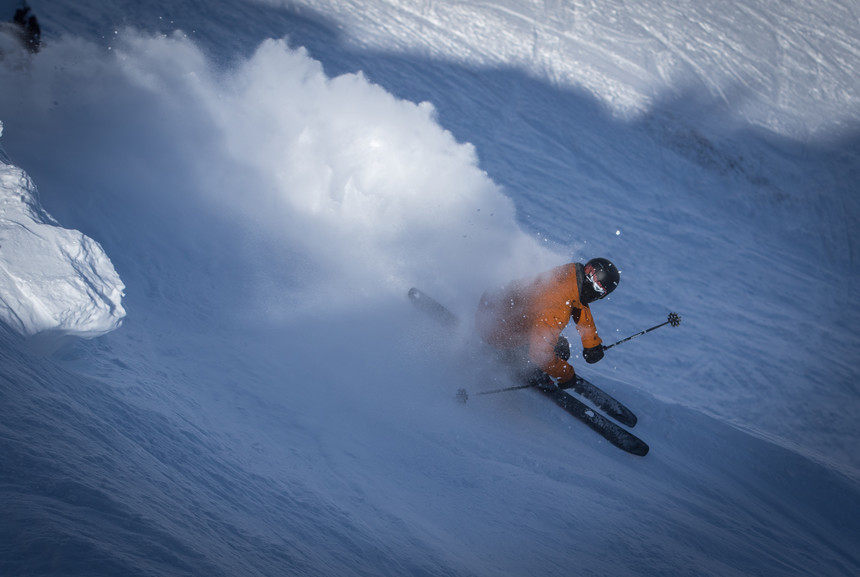 Chris Benchetler demonstrates that you can ski the SHIFT as hard as any alpine binding. Steve Lloyd photo.

Snow conditions unfortunately prevented us from actually touring on the gear, so that part of the review will have to wait. However, the ski performance of the binding was impressive. Oh, and I skied it on the new Atomic HAWX 130 boot, sans tech inserts.

I see the SHIFT as the binding for two types of skiers: One who wants a no-compromise binding for the backcountry (think the true big-mountain shredder who wants to earn their turns), or someone who mainly skis inbounds but wants the option to tour every now and then on the same ski.

From The Column: Top Shelf