My favorite part about bear videos this summer have been the screams. After the reactions in this video of a bear opening a car door in Yellowstone, I didn't think that I would hear a male voice at a higher pitch. I was wrong. When Rodney Ginn realizes his Mammoth Lakes, CA home has been broken into by a mama bear and her two cubs, he pretty much just loses it (rightly so).

The mother bear charges Rodney up the stairs, panic ensues. Fortunately, the break-in has a happy ending. According to Ginn’s Facebook comments, the animals chilled in the kitchen for about half an hour, then left through the sliding door... which they opened on their own. 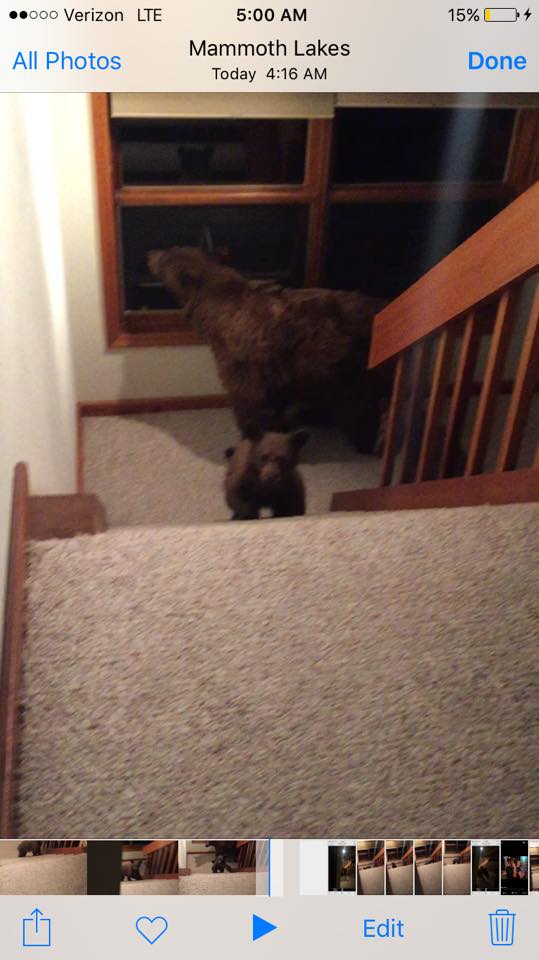 Mama and her cub getting in a glute workout running up and down stairs. Rodney Ginn photo via Facebook.

The most absurd part is that Ginn's roommate didn't know what was going on, for the entire HOUR that the bears were inside of his home. Ginn wrote on Facebook: "I came home from work and my roommate was asleep, both doors wide open, so I shut them and looked in my kitchen and there she was with her two cubs so I booked it upstairs."

"[He] said he heard it going on for about 45 minutes and thought I was cooking a late night snack."

The animal in suspect is being located by the local authorities, and hikers have been warned to stay away from the trail. - https://indiomobiletruckrepair.com

Yesterday was a tough day for the skiing community after Tahoe-based pro skier Kyle Smaine was buried and killed in a large avalanche in the Hakuba, Japan backcountry. Smaine was in Japan alongside photographer Grant Gunderson and fellow pro skier Adam Ü for a marketing trip and had wrapped shooting for the day when him and his partners went to ski a few personal laps, running into several other parties in the zone including a group of Austrian skiers and a group of Canadian mountain guides