This past spring, pro snowboarders Bryan Iguchi, Jeremy Jones, and Travis Rice fulfilled a dream of exploring an untamed mountain range on their split boards. Their adventures into the Teton wilderness - just north of Iguchi and Rice’s home of Jackson Hole – was captured in TGR’s new film Roadless. The film premiered last night at San Francisco’s Palace of Fine Arts, with Bryan Iguchi, Travis Rice, and Jeremy Jones in attendance.

RELATED: Find Tickets to a Roadless Showing Near You 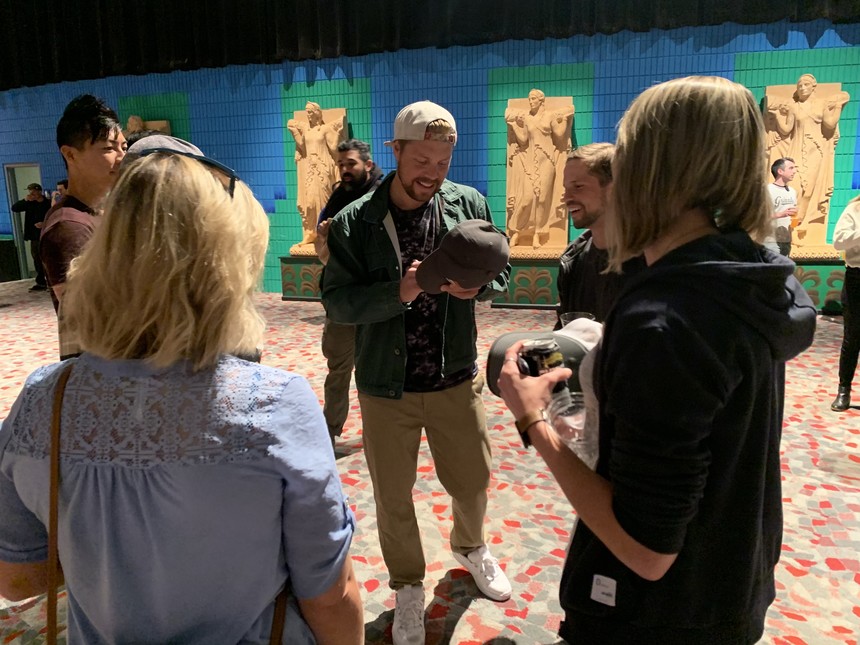 Travis Rice stoking out some fans in the Lobby. TGR photo.

A range of guests filled the venue - from snowboarders to skiers to TGR fans - all of whom couldn’t wait to kick off winter after the show. 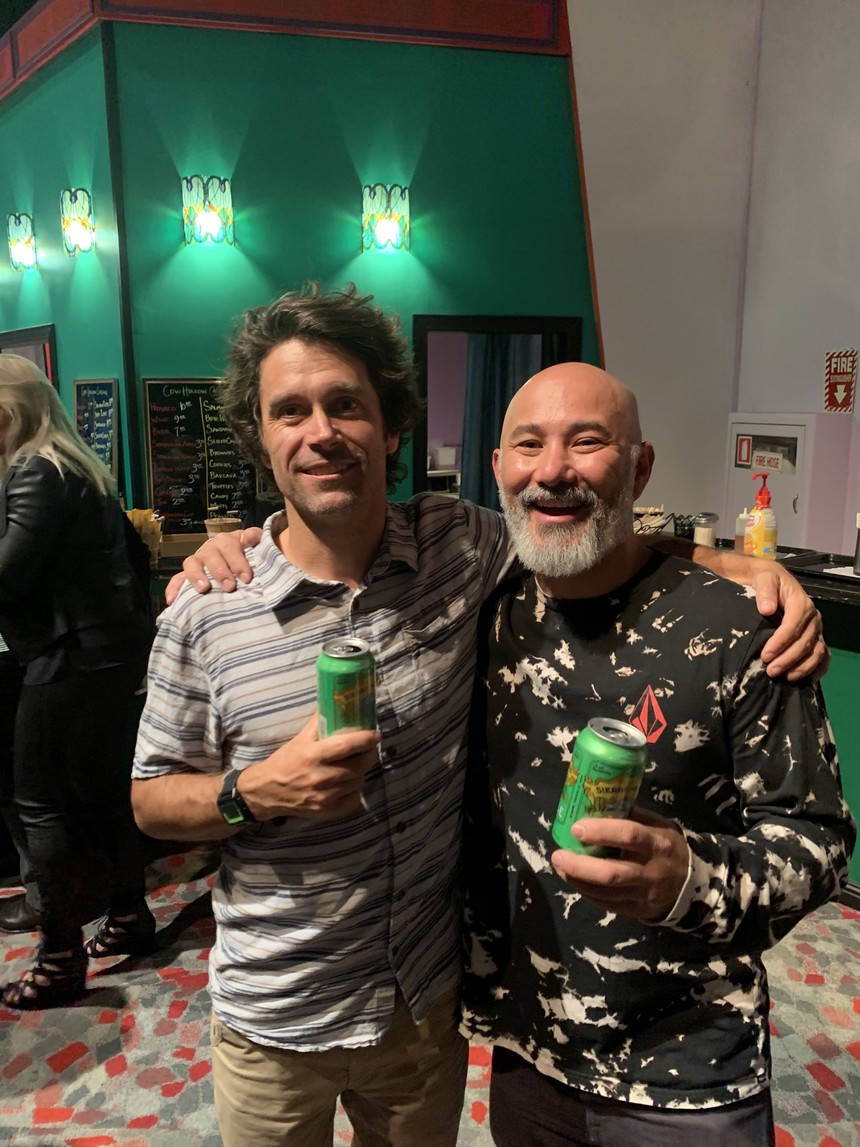 In true TGR premiere fashion, the athletes stoked out the crowd with prize packages from sponsors, and talked about what went into creating their latest film. Volcom as showing off their new Iguchi Pro Model jacket and pant, Jeremy and Jones snowboards had their new products on display and of course Sierra Nevada provided never ending supply of Skiesta and IPA. 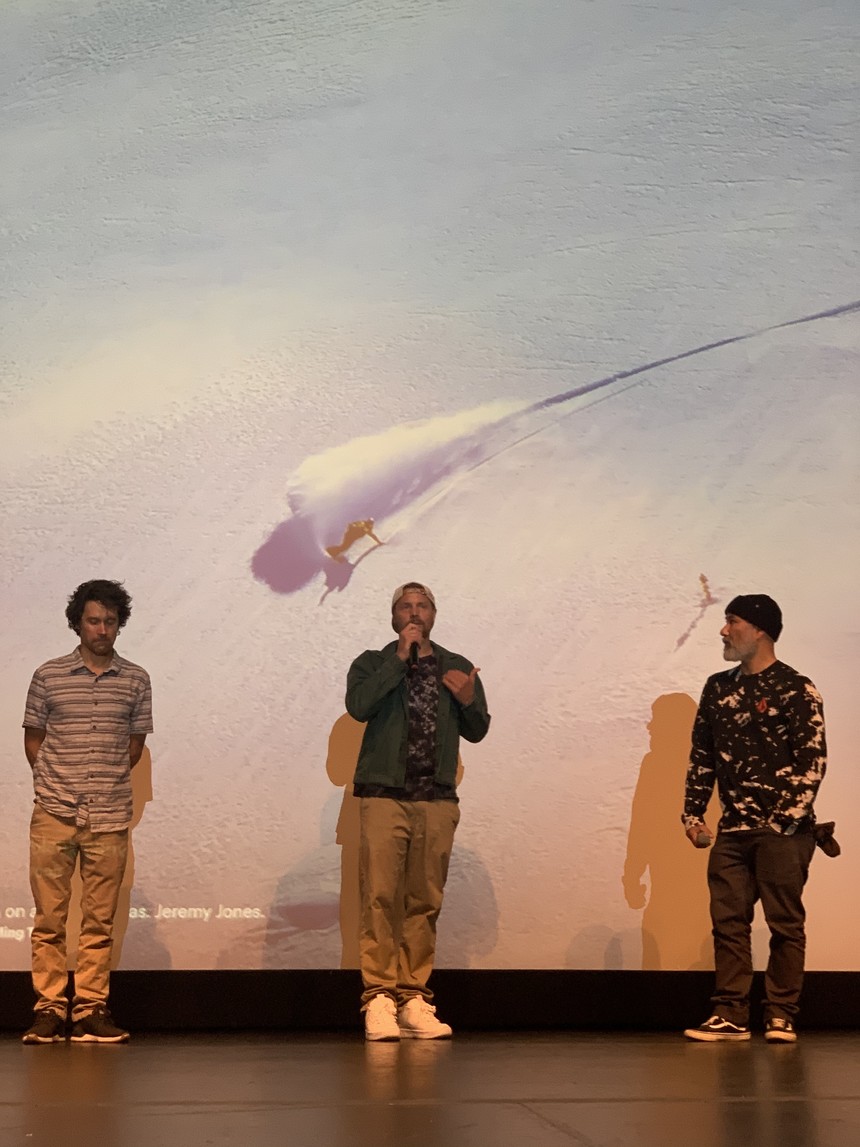 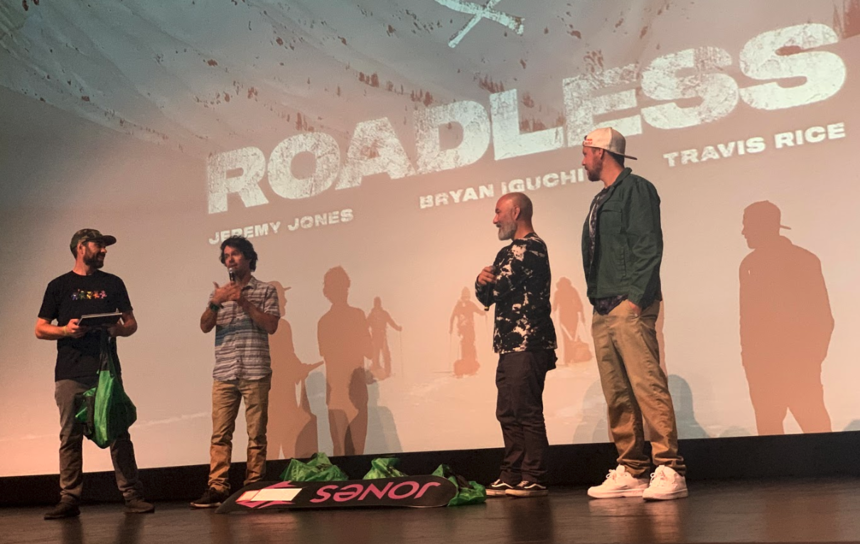 Calling out the names of prize winners. TGR photo.

When will the movie be digitally released for us at home and not near any of the showings?