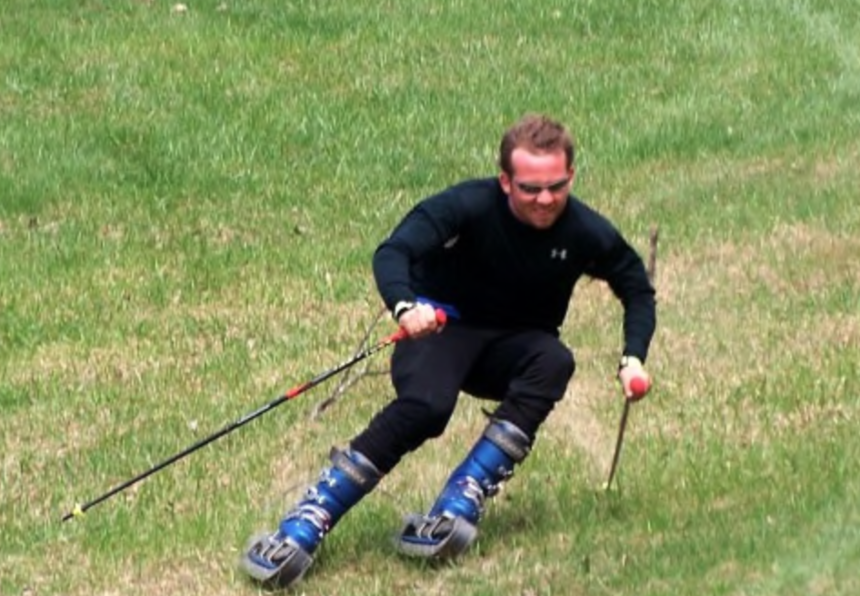 Where is your helmet my guy? Bryceskiteam.org photo.

The rush we get from riding two planks downhill is incomparable: the muscles we use, the aerodynamics, and the smooth glide and carve into the snow. So when summer inevitably comes, not having the white stuff to fulfill the euphoria we crave from skiing is a grim reality check that seasons do, in fact, exist.

But have you ever thought about getting creative and skiing on grass? It may solve all of your ski withdrawal problems.

What do these two photos have in common? Honestly, not that much other than helmet, goggles, ski suit, and poles. Grass USA Inc. Facebook photo.

We use the term “skiing” on grass lightly, as the kit itself is alien to the skiing we are familiar with: the devices are much shorter and move on a set of wheels.

Grass skiing began as a training method for alpine skiers in the 1960s in Europe, but it has evolved into a sport of its own accord and spread across the world, according to Grasski USA. 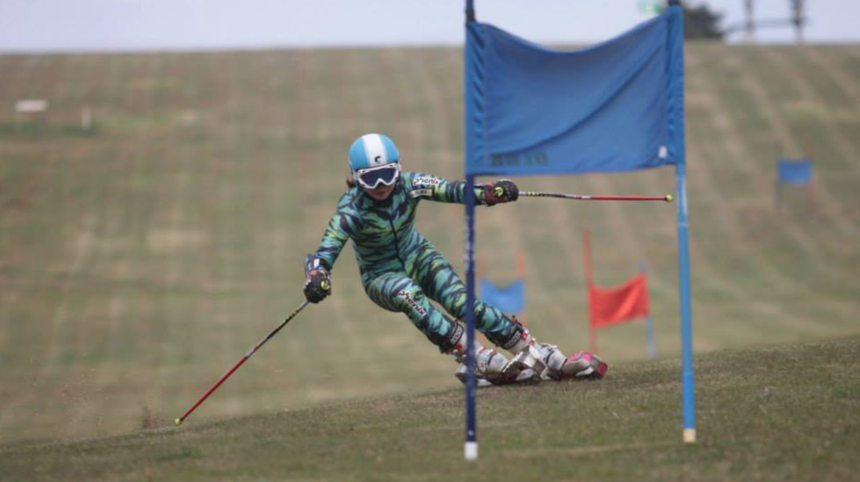 The International Ski Federation adopted grass skiing as a legitimate sport in 1980, coining it “Track-Roll,” but others refer to it as roller skiing.

It was featured in Warren Miller's 1984 "Ski Country," complete with a stellar soundtrack for the segment.

The sport has been around for a while, to say the least. Your parents have probably tried it.

So if you are looking to keep those ski muscles intact for the winter season while also getting that same downhill adrenaline, maybe you should look into using a pair of skis that are fully functional on grass. Just be prepared to look like a Jerry while doing it.

We're not too sure we can really call them skis...we prefer the term “ski blading on wheels.”

Would you give them a shot? 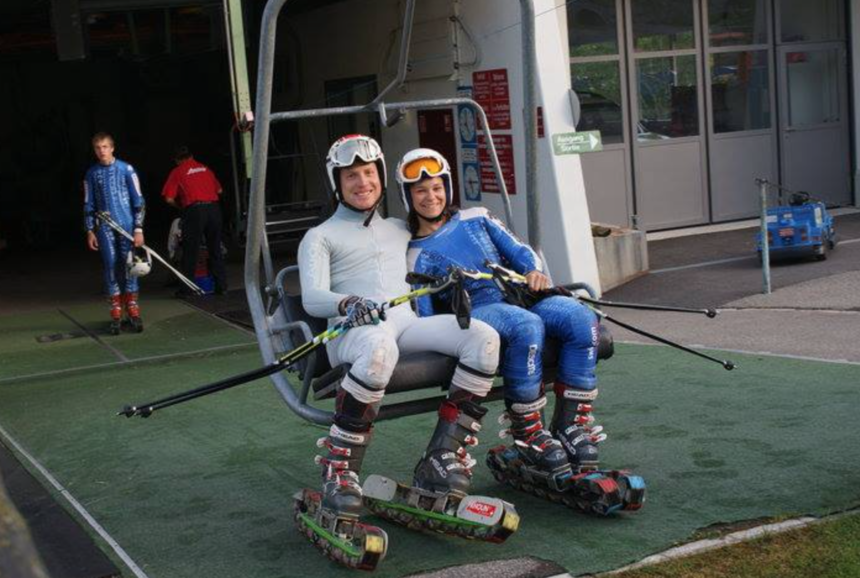 Looks like these two are about to hit a long stretch of sidewalk for a day of rollerblading. But they're actually going skiing....kinda. Grasski USA Inc. Facebook photo.

Just had a pair of those in our shop!

Mammut just announced a robust new snow safety athlete team, supporting its mission and goals as the world’s premiere snow safety brand. Boasting the most advanced and reliable avalanche safety equipment on the market, Mammut has long been the go-to brand for snowsports professionals, and with the addition of TGR Athletes Kai Jones, Nick Mcnutt, Christina Lustenberger and Ian McIntosh, that team will lead the way for a safe future in the mountains. Joining the TGR crew are skiers Marcus