Simply reaching Mount Everest’s 29,035-foot summit once is a lifetime achievement - Kami Rita Sherpa just did it twice in a week. According to NPR, the 49-year-old’s most recent ascent brings his total Everest tally up to 24. That breaks the current world record that he set himself on May 15th. Now he’s looking to give it a go one more time before retiring from a long career on the mountain.

RELATED: Rajesh Magar's Quest to Put Nepal on the Map for Mountain Biking

A mere three days after reaching the top of the world for the 23rd time, Kami Rita Sherpa turned around and headed back up the mountain. According to The Kathmandu Post, on May 18th Kami Rita reached the summit at 6:38 a.m. He was joined by a team of Indian police officers, whom he was guiding. 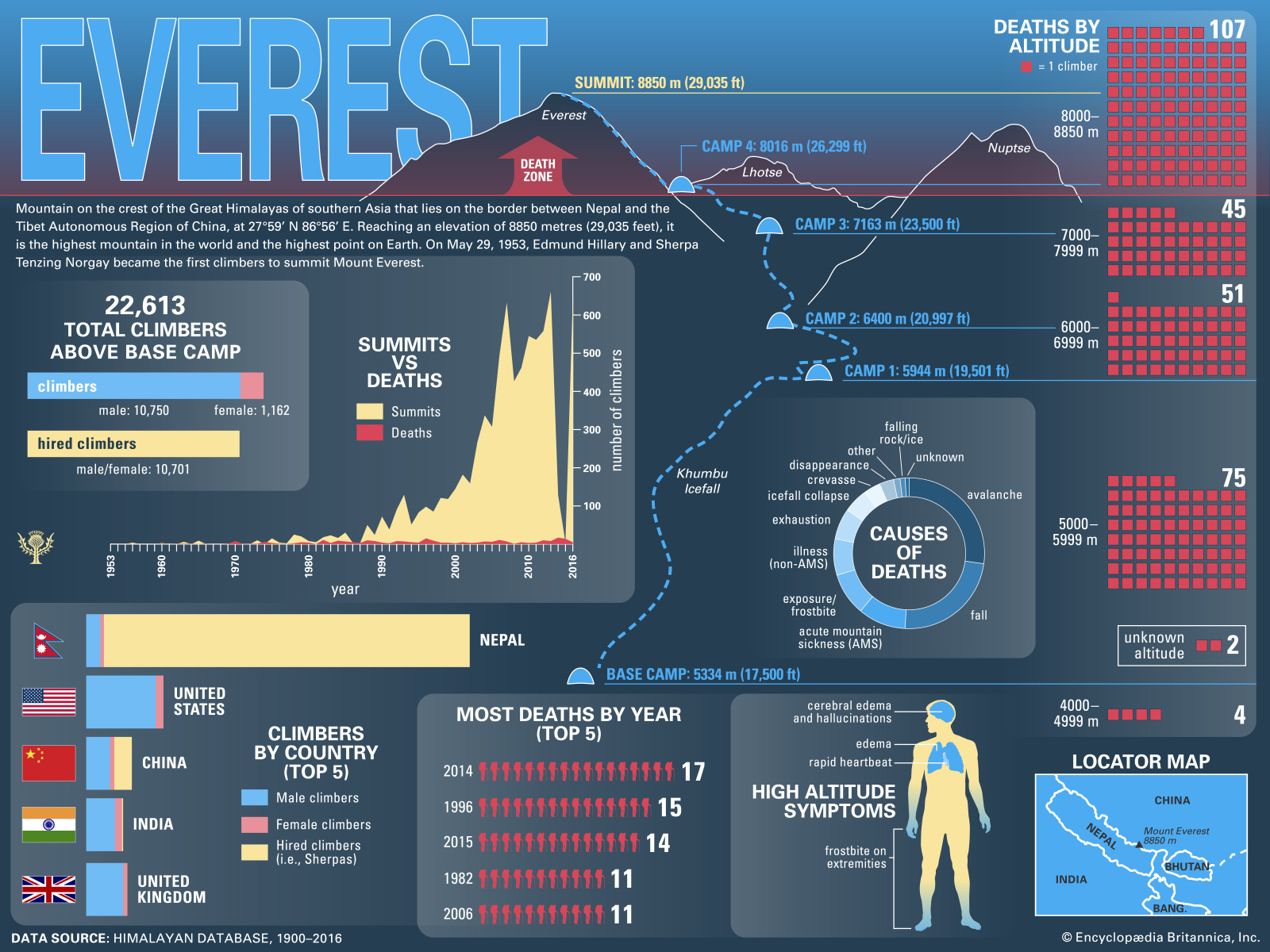 Summiting Everest is not for the faint of heart, here are some notable stats for the mountain. Encyclopedia Britannica Infographic.

Climbing Everest runs deep in Kami Rita Sherpa’s blood, whose father was one of the first professional Sherpa guides in 1950 to aid foreign mountaineers up the mountain. In 1994, he took up the family practice and by the age of 24, he scaled Everest. In 2017 he became the third person to summit the mountain 21 times, a record he shared with other notable Sherpa like Apa Sherpa and Phurba Tashi Sherpa. Both Apa and Phurba have since retired, but Kami Rita pressed on. His final goal of climbing Everest 25 times is something he wants to do for his family, the Sherpa people, and Nepal.

Throughout his career, Kami Rita has been outspoken about the trials and tribulations that face Everest’s workforce. With two teenage children of his own, he hopes they don’t follow his path.

Loved by All: The Story of Apa Sherpa is an in-depth look at the lives of the Sherpa workforce.

One-third of Everest deaths are Sherpa climbers, making guiding one of the most harrowing and unpredictable lines of work. But with a pay of $8,000-$10,000 per year—10 times of that of an average Nepali wage—many Sherpas can’t turn down the work to support their family. For now, Kami Rita is hoping to end his career on a high note with one last climb up the mountain.