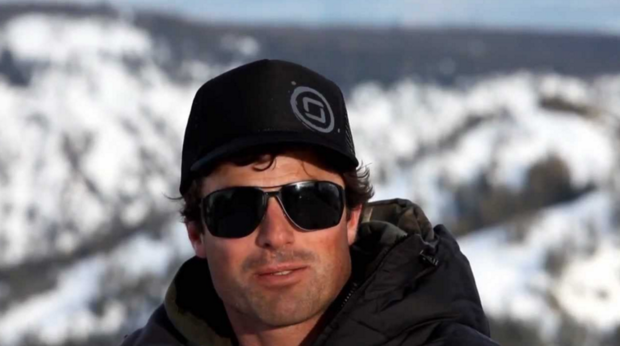 Five days ago, pro-skier JT Holmes was buried and went unconscious when he was caught in an avalanche northwest of Lake Tahoe. Holmes, who is known for his ski-BASE and speed flying exploits, was in a group of eight skiers at Tinker Knob and Donner Lake.

On his fourth run of the day Holmes skied a northeast aspect at about 7,400 feet. The terrain around here is pretty complex, filled with trees, chutes, and gullies.

CHECK OUT: TGR's comprehensive, multimedia guide to planning your next greatest backcountry adventure

After triggering the slide at the beginning of his run, Holmes tried to work his way to an island of safety to his right. Unfortunately, his skis were pointing the opposite direction, and he was buried by the second wave of the avalanche after being flushed downhill.

At this point, Holmes was completely unconscious and buried beneath three feet of snow. Fortunately, in his group of eight were three emergency responders who were able to dig him out quickly and administer proper care. “I feel very shaken up,” he said. “I feel very grateful I was with a team of very prepared individuals, I feel grateful we discussed avalanche protocol in the morning, practiced with our beacons.” Holmes told the Reno Gazette-Journal.

“I think it is important to have a lot of confidence in the team you go into the backcountry with,” he said. “It is not like a baseball team where you try out. It is something that is often informally created in the morning. Every single person is a critical component in that team.”

Tricky avalanche conditions in the Sierra snowpack contributed to the slide, including multiple layers of buried surface hoar. Usually this danger is consolidated by warm temperatures and wind, but this winter high snowfall has buried these layers.

According to the Sierra Avalanche Center, "Persistent weak layers in the form of buried surface hoar exist throughout the forecast region in some areas on N-NE-E aspects near and below treeline and possibly on NW and SE aspects. These weak layers are now buried anywhere from 1.5' to 4' deep in the snowpack. We have experienced a large avalanche cycle on these weak layers over the last 2 weeks. Many of the suspect slopes have already avalanched."

We at TGR wish JT a quick recovery and relieved that he is safe. Many thanks to the people essential to his de-burial and evacuation. Be safe out there.

However, the article omits a conversation with JT and his team about what decision-making process led them to go on a NE aspect with all that layering. Simply going out with ‘confidence in your group’ is meaningless if, as a avy-aware group, you can’t make a BETTER decision to use your tools to assess risk and choose a safer route.

Recent articles have highlighted how team dynamics in these decisions can play into an elevated risk-taking behavior when there is an abundance of expertise within the group. I wish more reporting was done on how/why people make these decisions in the face of documented risk rather than merely celebrating that his team was able to locate and save him.

Learn from legends and Mammut safety athletes Holly Walker, Elyse Saugstad, and Michelle Parker in this two-hour online event exploring snow safety, trip planning, and safe mountain travel. Jen Schmidt photo. Snow is starting to pile up throughout much of the U.S.—woohoo! If you're like us, it's time to break out the skis and snowboards from the storage shed and get the garage waxing station going. But edges aren't the only things that are a bit rusty from the summertime. It never hurts

Big Red getting ready to run for the season. Jackson Hole Mountain Resort photo. With the lifts opening in a little over two weeks and the snow coming down fast, Jackson Hole Mountain Resort released an updated operations plan. They reported earlier this season that they would be reducing tram capacity and taking other measures to keep their guests socially distant in lift lines. The mountain has also limited ticket sales in order to keep the mountain less busy. In their update this week,