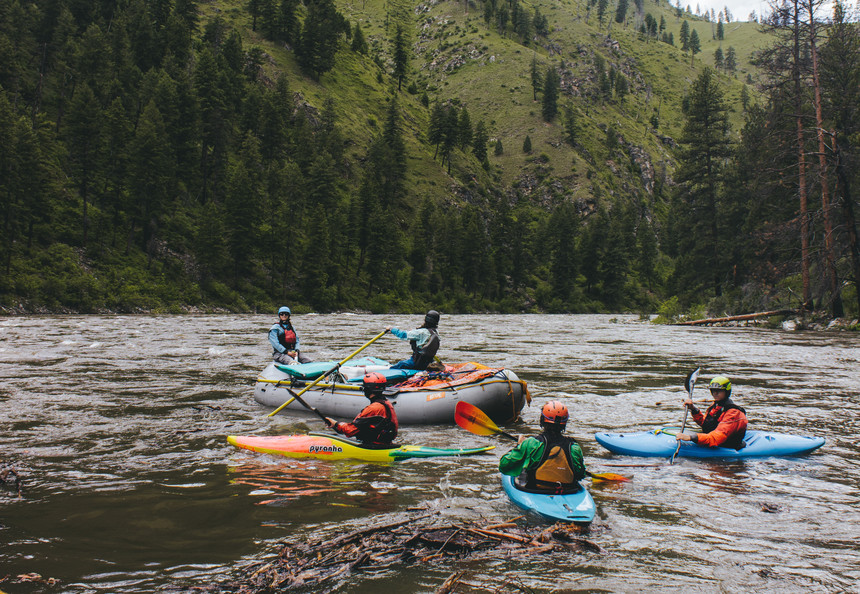 Say HELL NO to an open pit gold mine on the South Fork of the Salmon River. Meg Matheson photo.

Despite being adored by kayakers, rafters, anglers, and hikers, and home to incredible wildlife, Idaho's South Fork of the Salmon River in might be the new home of a massive open-pit gold mine. Two Canadian companies—Midas Gold Corporation and Barrick Gold—are proposing to operate an open gold mine right in the headwaters of the South Fork, risking irreversible damage to this fragile high-elevation environment.

Their plan is to divert the East Fork from its channel, create three massive pits, and use three miles worth of public land for industrial development. The extraction will not only damage the river with the release of cyanide, arsenic, mercury, and other heavy metals, but the mine’s profits won’t even benefit the local community. Instead, most of the money will trickle back into the hands of these Canadian corporations at the expense of our public lands, waterways, and ecosystems.

Are you angry yet? Just wait, there's more.

RELATED: Comment on the Salmon River Gold Mine Project

The mine will also risk the habitat of federally protected and endangered Chinook salmon, steelhead, and bull trout which need clean, clear, and cold water to thrive. The development of the mine also blatantly disregards the treaty between the Nez Perce tribe and the U.S. Government. The South Fork of the Salmon is part of the Nez Perce’s territory, and the U.S. Government has sworn to help to preserve that land.

Thankfully, the gold mine isn’t set in stone just yet. The plan is open for public commenting until October 13th, meaning you have a chance to share what the Salmon means to you and why it should stay protected. Please keep in mind that the forest service is asking for "substantive" comments, so two quick sentences won't cut it. Do a little bit of research and bring some facts to the table. Write out a few paragraphs like you're back in AP English, and when you’re finished, run it through a spell checker. Sounds reasonable, right? So, grab your friends, co-workers, and neighbors and getting writing because the Forest Services needs to hear loud and clear why the Salmon is worth preserving.

Here's what TGR's Meg Matheson had to say on the matter, having spent many seasons guiding on the river herself.

The Salmon River is extraordinary. No other Western River of such volume and gradient is so nearly intact. While the natural seasonal rhythms of many other rivers have been erased, the Salmon and its tributaries remain wild and free. It is both one-of-a-kind and the last of its kind. Having guided on the Main Salmon, I’ve spent many moons along its nearly pristine banks. I’ve witnessed lives change through the river trips and experiences it provides, mine included. It is beloved by many: rafters, fishermen, hunters, land conservation employees, and more. While it attracts all walks of life, the love for this river system remains the common ground for all. But this area serves a purpose far more important than recreation, it supplies habitat for endangered salmon and trout. These already threatened species of fish need the clean water of the Salmon to thrive. The environmental impact of re-opening pit mining would be catastrophic and irreversible. No precious metals are worth further harming this unique and fragile ecosystem. 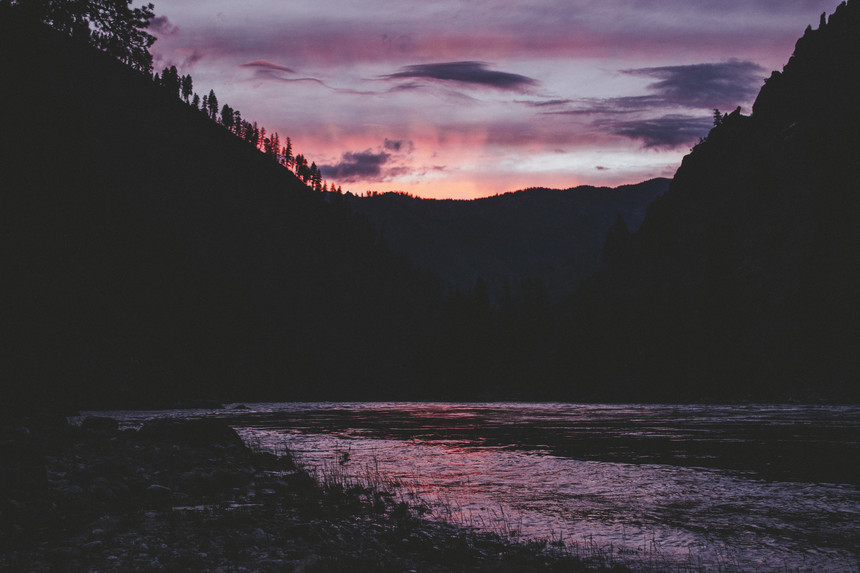 When a place is as beautiful as the Salmon it ought to be protected. Meg Matheson photo.

I have spent the greater part of my young life in northern Idaho. Now approaching my final years of high school, I have spent lots of time on Idaho’s rivers, and the salmon has always held a special place in my heart. It being the longest free-flowing River in the lower 48 states, the opportunities for recreation are endless. This river has helped form my love for everything outdoors and on the water. In addition to being an amazing place for people to enjoy the outdoors, the salmon is also a sanctuary for many types of wildlife. What makes the river of no return so great is how wild it is. Putting a mine in the river’s headwaters would lead to the destruction of ecosystems all along the river. Especially hurting species of fish like chinook salmon and steelhead which already have dwindling populations in this river. Rivers like these are one of a kind. They are not worth destroying over a gold mine.

This devastating action would be less than heartbreaking. The south fork is home for so many. So many individuals that want to enjoy is as it is. Vote against the gold mine!!!

The chinook salmon and bull trout are already in danger by moving ahead with this awful plan you are not only endangering their lives even further you are also endangering the lives of other wildlife that lives and thrives within that area. I am not from Idaho but the salmon has a very special place in my heart and always will… stop for a second and don’t think about the money or the fame you will get from this, think about the irreversible damage you will be putting on the south fork of the salmon and the wildlife that live within it. Animals lives are at stake and getting a few extra dollars is not the solution.