So what actually is a via ferrata? Back in World War 1, a network of climbing routes was built in the Italian Dolomites to move soldiers and equipment through the incredibly rugged terrain of the Alps. The word literally translates to the “Iron Path” – a nod to the miles of metal rungs and cables used to protect these routes and make otherwise impassable vertical terrain accessible. Following the war, many of these routes remained, and became a new way for recreationalists to reach craggy summits – something that has gained in popularity in recent years. These days, there’s even a handful of via ferratas in North America, including one at our very own Jackson Hole Mountain Resort. This summer, we got to experience some of the new routes that snake their way through the cliffs above Casper Bowl. The via ferrata is one of Jackson Hole's guided summer activities - and it's sure to get your heart pumping. It’s a slice of the Dolomites right here in our backyard. Find out more at jacksonhole.com. 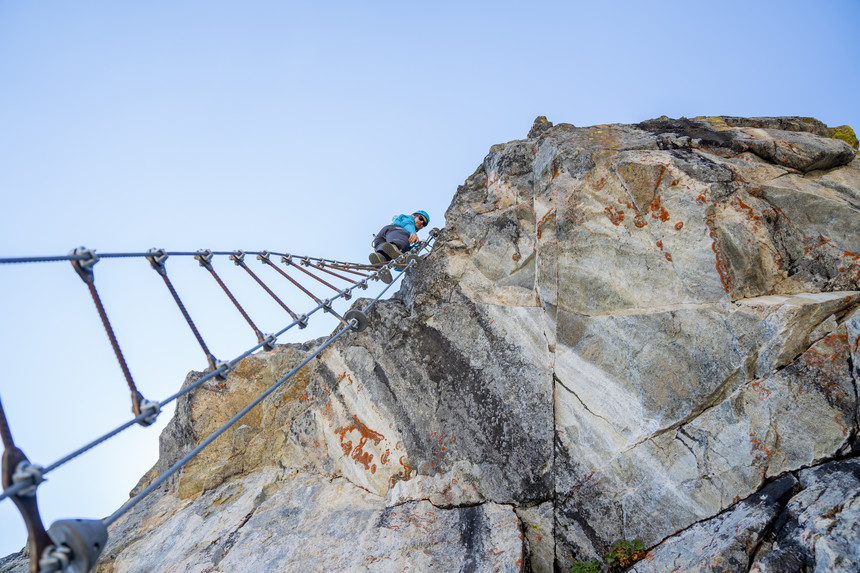 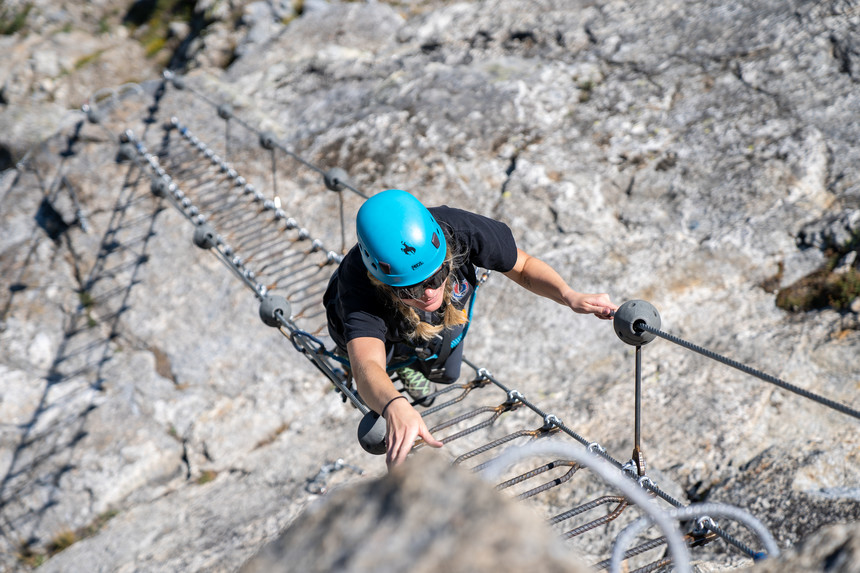 It's a mix of high-ropes course and rock climbing - all at the top of Casper Bowl. | Luke Gentry photo. 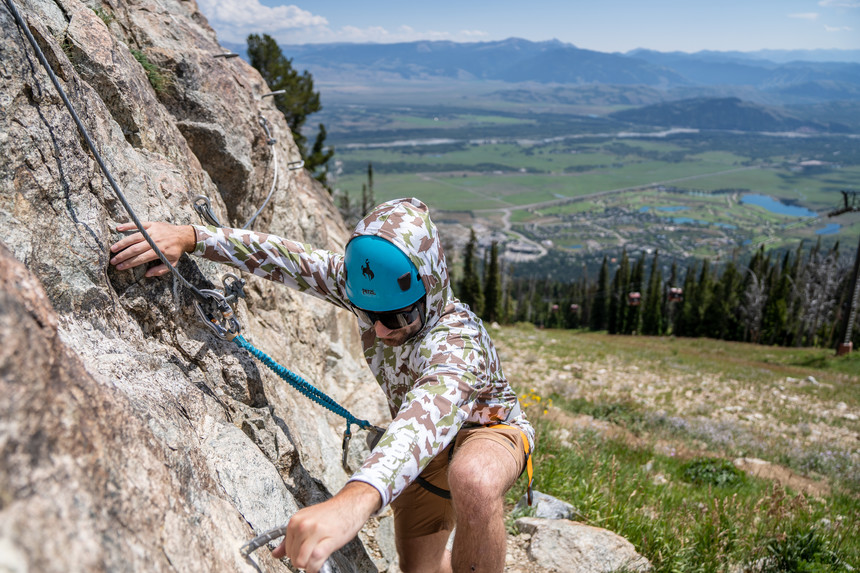 With a stunning view of the valley, the Via Ferratta is a special way to take in the sights. | Luke Gentry photo. 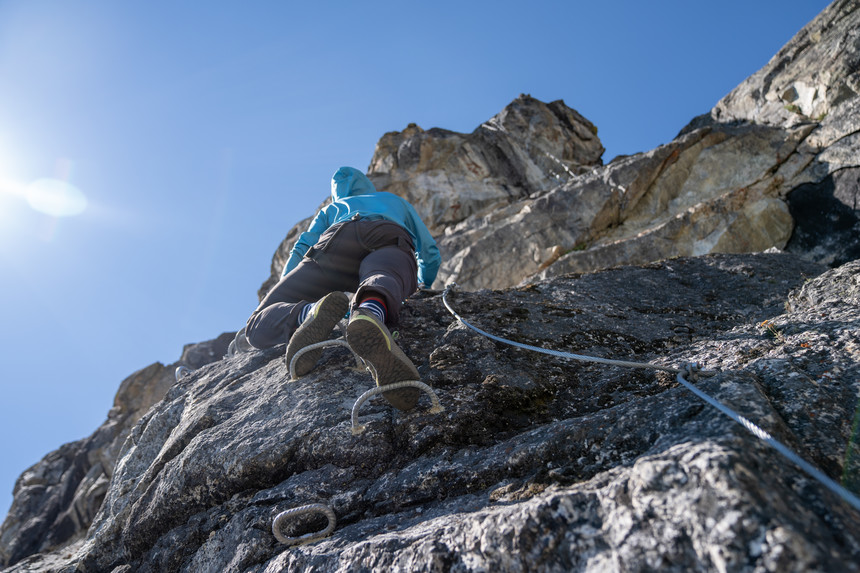 With options from beginner routes to the vertical black-diamond-rated ones, there's something for everyone. | Luke Gentry photo. 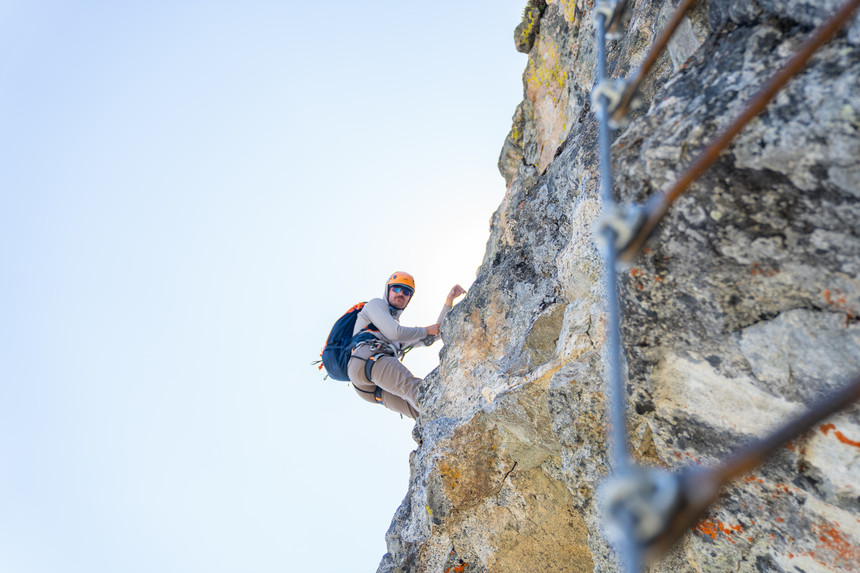 The whole experience is led by one of Jackson Hole's guides. | Luke Gentry photo.