Get ready, Denver! On July 8th and July 9th, we are bringing our new mountain bike film ACCOMPLICE to the massive screen at the Denver Mart Drive-In.

These are the first two screenings worldwide so get ready for the summer stoke we’ve all been waiting for!  Even better: Lets make it a double-header, with a throwback screening of one of our fan favorite ski and snowboard films Anomaly after the ACCOMPLICE premiere.

Attendees will be able to enter to win prizes from our partners at Sierra Nevada, Evil Bikes, Schwalbe and more. Plus, everyone in attendance will have a shot at the tour grand prizes - including a Sierra Nevada Prize Pack, a SCOTT strike E-Bike, and a Polaris General 1000 off-road vehicle. Don’t miss your chance to see ACCOMPLICE on the big screen! 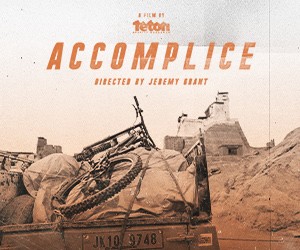