“Skiing makes me feel alive,” exclaimed an eager child to filmmaker Sophie Danison when she asked what they loved most about the sport. That excited kid was one of many in a group of young Latinos enrolled in the Doug Coombs foundation winter ski instruction programs. For many of them, this time on the slopes was their escape. Since the actions of the current Presidential Administration, home has become increasingly a place of turmoil and fear for these young children. Some of their parents don’t have a stable legal status in the US.

As with most American ski communities, the economy directly hinges upon tourism and service-based industries. The reality is that these industries are largely sustained by the contributions of the “Quiet Force”, a nickname given by writer David Page to local Latino populations. 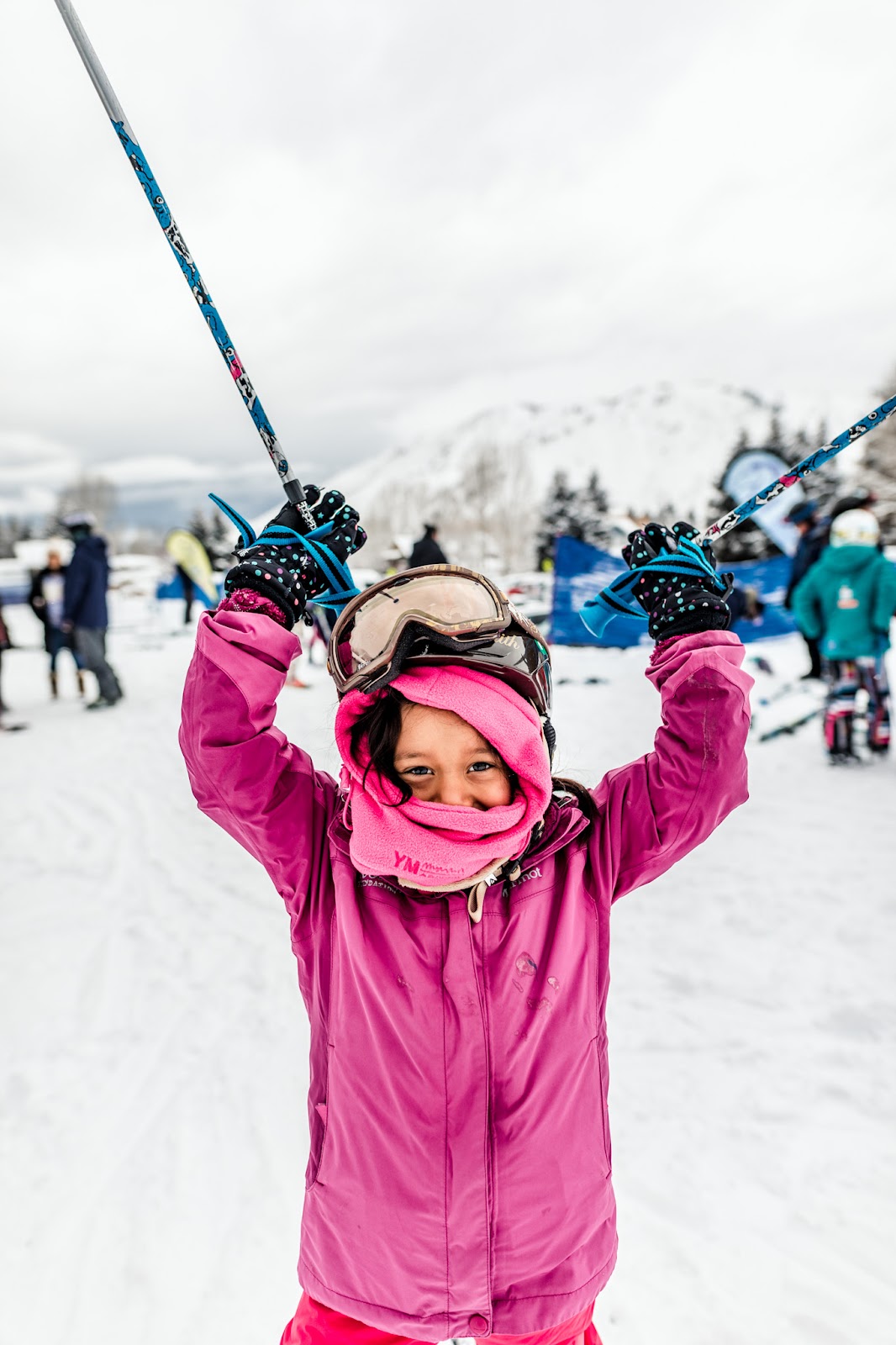 Some of these tiny children day to day worry about being separated from their parents, but when they’re skiing they are given this moment to forget about their problems. Peter Lobozzo Photo.

Page explored in a piece for Powder Magazine how the Latino community, which often goes unnoticed, is actually a significant portion of these small mountain towns. In some instances, they’re roughly 30 percent of the population. A study was released in June of 2018 by the University of Wyoming that suggested that immigrants were increasingly vital part of the state’s economy. In Jackson, Wyoming, immigrants comprise 14 percent of the jobs in Teton County.

The Quiet Force is a film that explores this dilemma and more, by documenting the stories of the Latino community in ski towns. Digging deep into the economic impact they provide, filmmakers Hilary Byrne and Sophie Danison, take the narrative a step further by bringing in the perspective of immigrant families, local politicians, law enforcement, educators, non-profit organizations, and economists for a well-rounded discussion surrounding the issue. With the film about to premiere locally here in Jackson Wyoming on November 16th, we reached out to one of the filmmakers, Sophie Danison, to learn more about the project. Here’s what she had to say: 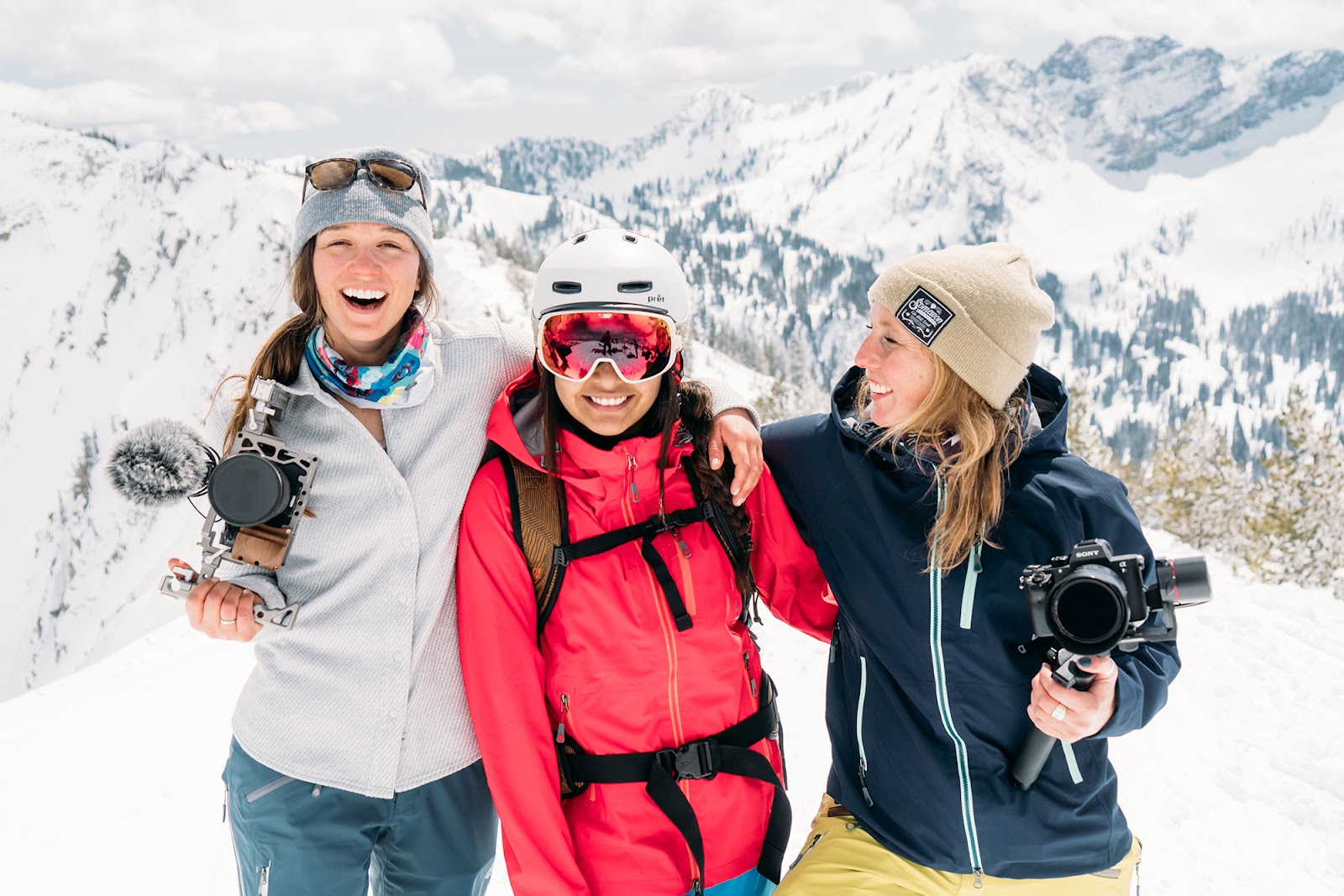 Sophie Danison (left) and Hilary Byrne (right) worked with Diana Zuniga to share her story about coming to the United States from Mexico as a baby. Leslie Hittmeier Photo.

What was the starting point for you guys with this project?

SD: Hilary and I worked together before on Pretty Faces, the all women’s ski film, and we both had this desire to work together again. From that, we had a lot of conversations about what kind of project we wanted to do and those conversations turned into, “let’s do something that we know.” Naturally, that meant the outdoors, but we really wanted to find a story that had a bit more depth behind it.

We ended up finding this article in Powder, the Quiet Force and reached out to the author. After talking with Page extensively, we traveled to Mammoth to get connected there. We wrote a proposal, which turned into a pitch deck, and we went through many revisions.

So, here we are two years later.

So, you started in Mammoth but were able to expand to other ski towns?

SD: The article featured a few conversations and statistics from Jackson, so although the piece was based in Mammoth it actually included other communities like Vail and Jackson. We knew we wanted to do more than one town because it’s an issue that’s all over. 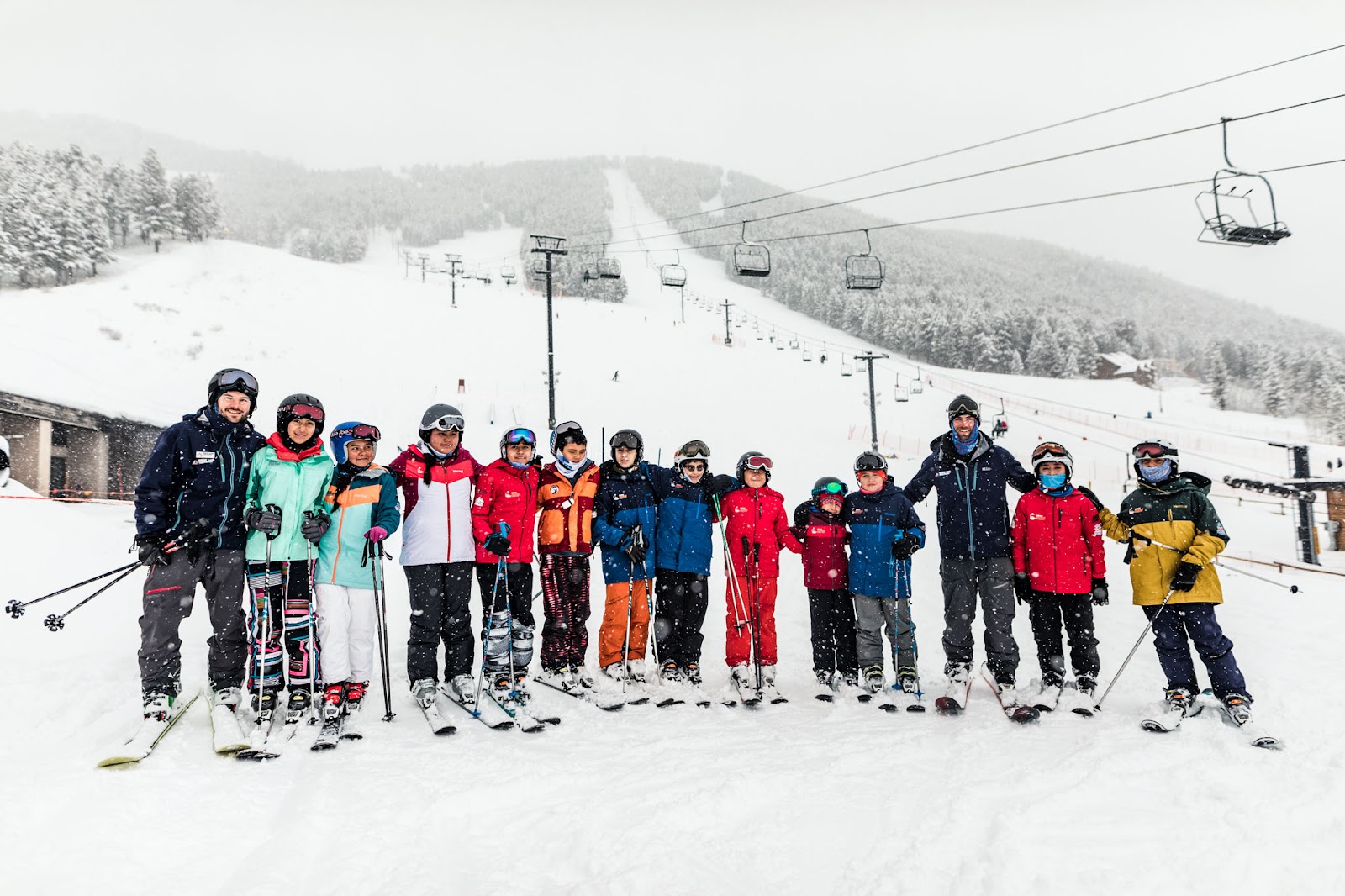 The goal with this project was to move past pie charts and data, but show the people that support our mountain towns every day. Peter Lobozzo Photo.

What about this narrative really resonated with you guys?

SD: I think we really got excited about doing something with skiing—especially working with the kids from the Doug Coombs Foundation. We started by interviewing these kids and they’d say things like, “Skiing makes me feel alive,” and we just found that so relatable.

Editors Note: The Doug Coombs Foundation is local non-profit in Jackson, Wyoming that seeks to break down cultural and economic barriers in skiing. Last winter they enrolled 180 children in winter ski instruction programs as part of their efforts to make skiing more accessible to other economic groups.

I also think that this is a time in which things are politically crazy. We felt like we had an opportunity to tell a story that was super relevant not only to the nation but also in our own backyard. The people that we interview in the film are our neighbors, our friends—they’re people just like us. 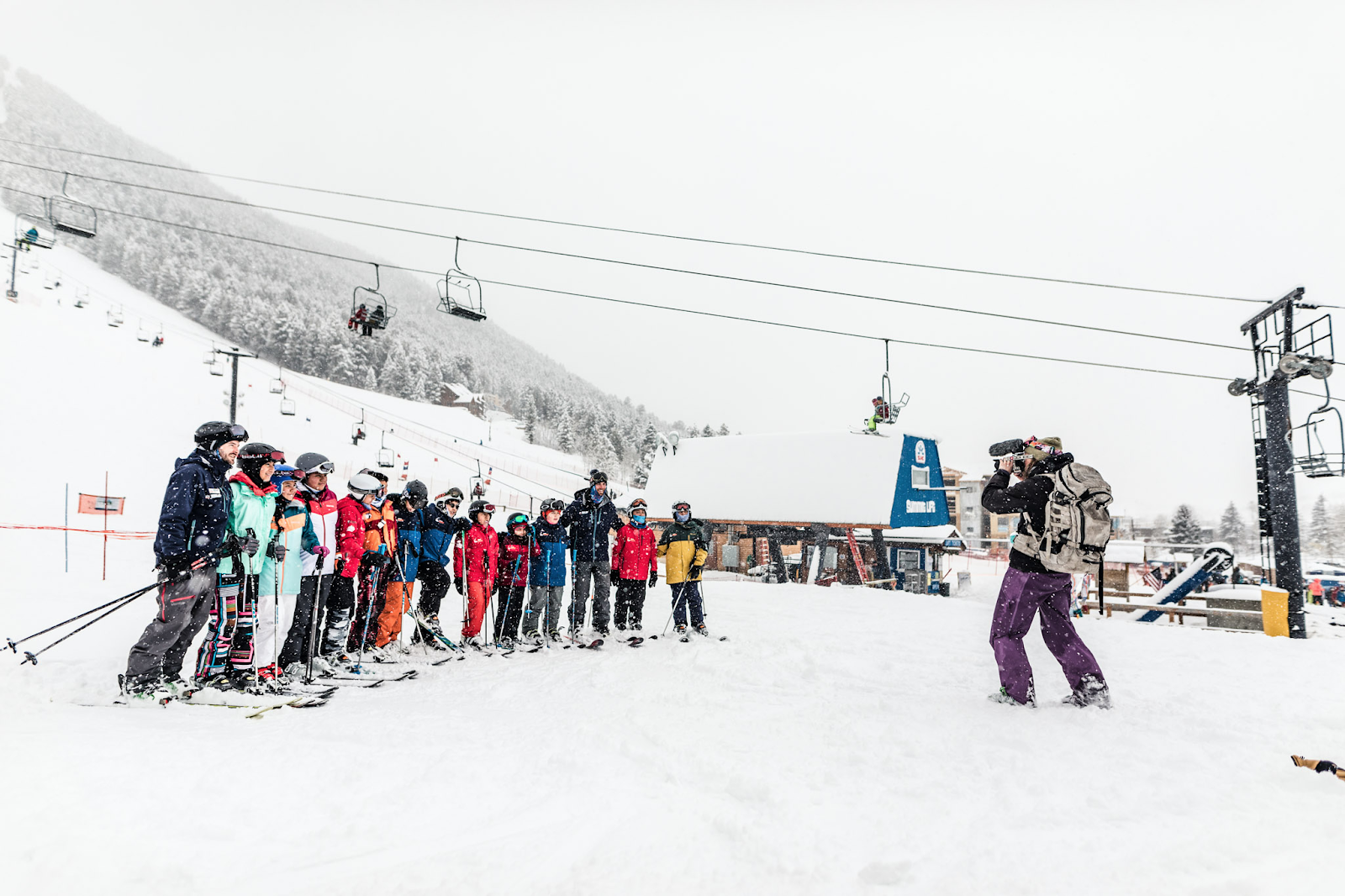 Filmmakers focused their story on people who had a connection to the national conversation around immigration and these mountain communities. Peter Lobozzo Photo.

SD: Absolutely. We definitely touch on the economics and data, because it’s relevant, but I think what really hit home for us in David’s story was the fact these were human beings. In the end, we need to treat as so, they’re more than just statistics.

Whose stories were you trying to tell?

Originally we were just talking to kids, and that was rewarding hearing their perspective on what it was like learning how to ski. We went to Salt Lake and met a young woman there. She’s a [Deferred Action For Childhood Arrivals] recipient who learned to ski through SheJumps. What we wanted in our characters was a broad spectrum of people that either have some sort of connection to the outdoors or live in these towns.

Some of them are afraid quite honestly. They know someone who doesn’t have a stable status in the United States. It was tough because we didn’t want to make anyone uncomfortable, but it was also important to address that these characters are at risk.

It sounds like it’s more than just the Latino community that’s engaged in this discussion?

SD: We did speak to two business owners in Mammoth, that were willing to speak about their employees and what it has been to sponsor these individuals. It was a really interesting perspective to include.

We also interviewed an Immigration Attorney here in Jackson, Elisabeth Trefonas, and a policy analyst at the Migration Policy Institute in DC. When we went to the border we interviewed a couple volunteers for the Green Valley Samaritans (https://www.gvs-samaritans.org/) so I suppose they could be considered human rights activists.

Considering how polarizing this issue is, was it tough finding people willing to speak into it?

SD: Yeah, Initially, it was tough finding characters for this project. The difficult part with this is that it’s a really emotional issue for a lot of people. We’re asking them to unpack some pretty traumatic parts of their life and people were willing to open up to us—which was amazing. But being on camera and explaining what it was like leaving their family and moving to a new country is pretty heavy.

Getting people to open up is a process. Sometimes it happens and sometimes it doesn’t. I think we did our best to explain what the film is about, that our goal was to tell the most honest, informative, and real story possible, and then let a person tell their story however it spilled out. It’s challenging to sit in front of a person you just met and ask them to trust you, but it can be really humbling and inspiring to connect with another human in that way. We just tried to be really sensitive, but also tell the truth. 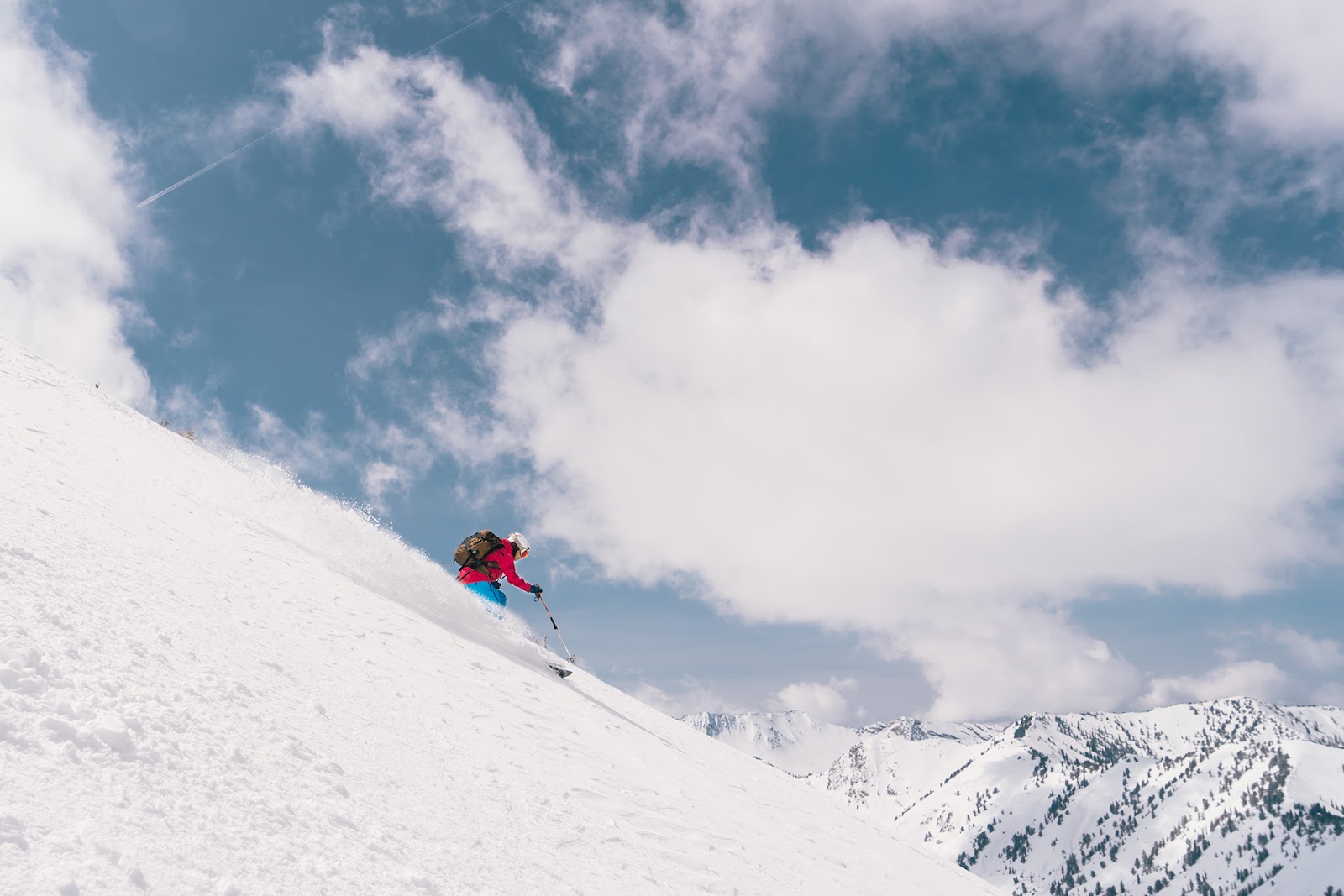 Zuniga is a student, a server, and in her words, “the best thing is I'm a skier”. Leslie Hittmeier Photo.

What is your biggest takeaway from this project?

SD: Oh there’s so many—how do I pick just one?

One big takeaway was the importance of being engaged. Not necessarily meaning campaigning for who’s running for office, but I’m really excited to vote this year. We spent so much time diving really deep into one specific issue that’s happening in our country, so I think getting involved in that way and learning about first hand made me want to really learn more about our system in place.

The most rewarding experience was getting the kind of support we received from the community. It was a theme that ran through the whole film, there’s a sense of love and community among our characters. These parents are making huge sacrifices for their kids. There are also people like Emily and Mary at the Doug Coombs foundation who are willing to do the hard work they put in to get these kids outside skiing. Or even the people who showed up to the fundraiser we had at the Stagecoach Bar or donated to our indiegogo—this film isn’t about us but the support we received was so rewarding.

Why do you think this community goes unnoticed in mountain towns?

SD: Part of it is not even on purpose, a lot of times and especially the people we’ve featured in our film, are working back of the house at restaurants, construction work, cleaning houses, working in hotels. They’re jobs that we don’t necessarily see in our day to day. They’re not ski instructors or lifties, so if you’re a visitor to Jackson Hole you’re not turning a blind eye—you just wouldn’t see them.

The Latino population in Jackson is about 30%, if not more. But in many respects, they also have their own local culture and community here and integration is happening. Most notably with the kids skiing, soccer, or the schools doing dual immersion.

Poses stated beneath as a way to center your self and to become more aware of the proper that means of this time of months. https://www.prohomeworkhelp.com/

We have a saying in Colorado, ‘go back to California and take your illegals with you.’