Imagine bright, white snow, gently covering a mountain. Now imagine all that snow black, dirty. Melting hard ice, covered by an accumulation of pollution and dust from air. This is reality.

End of August is not great time to ski in the northern hemisphere. One of the few open places is Hintertux Gletscher in Austria. But even they have mostly melting ice and accumulation of dirt. Black snow.

In other news, my right leg feels finally OK to ski a bit on. However, I fell on top of my camera on the slopes, and now the left leg is very painful. I was unable to ski the next day. I succeeded in getting out of bed and sitting in a car seat, but it wasn't easy.

By the way, I can recommend once again the Spa Neu-Hintertux hotel. It is such a friendly place. Their pool are is wonderful, on the top floor with large windows giving a view to the forest-covered mountains around. And the saunas are even nicer: four different saunas, including a very hot Finnish-style sauna. 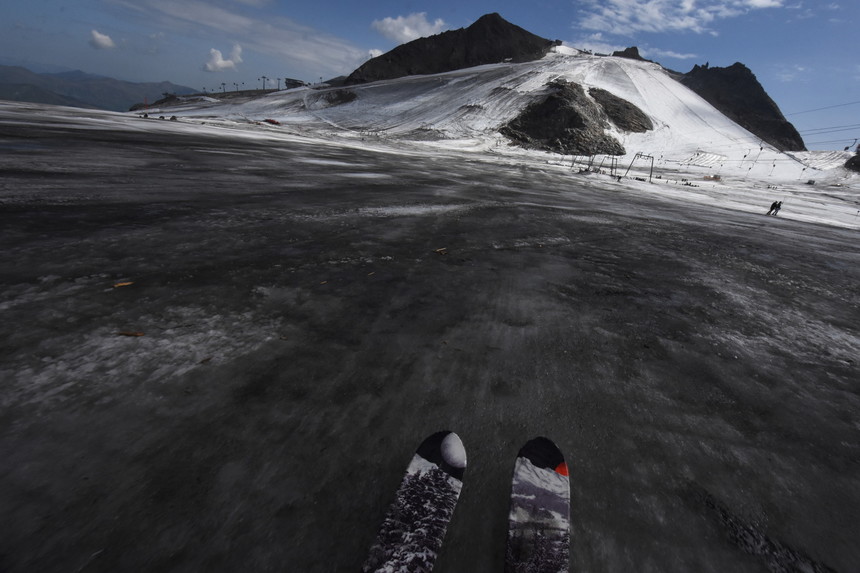 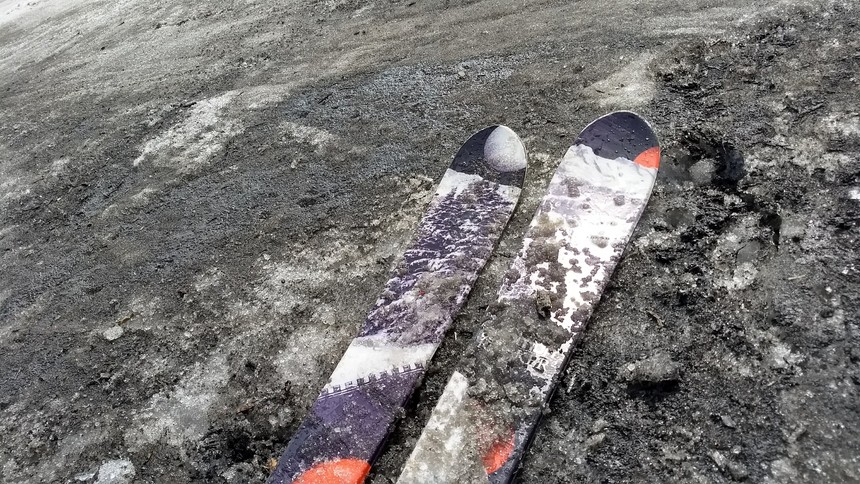 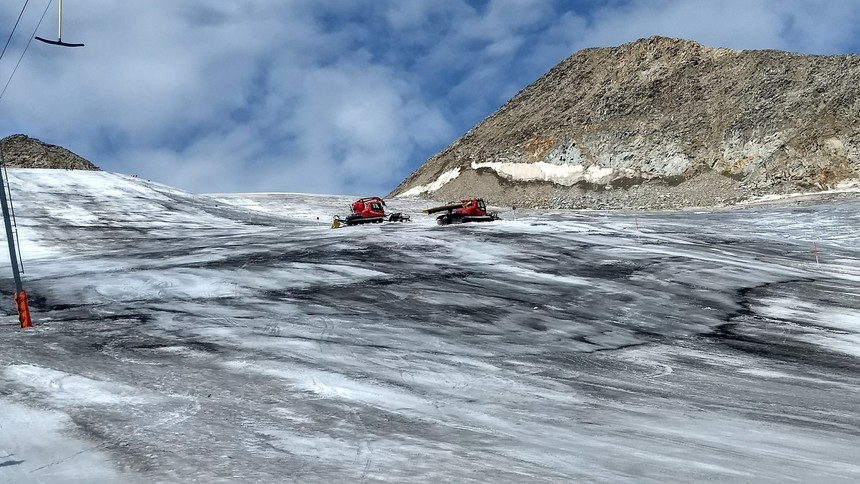 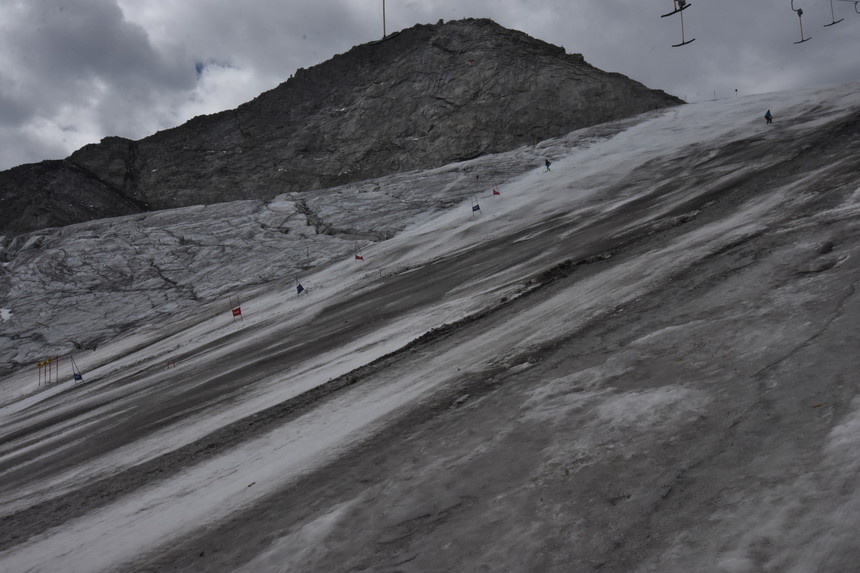 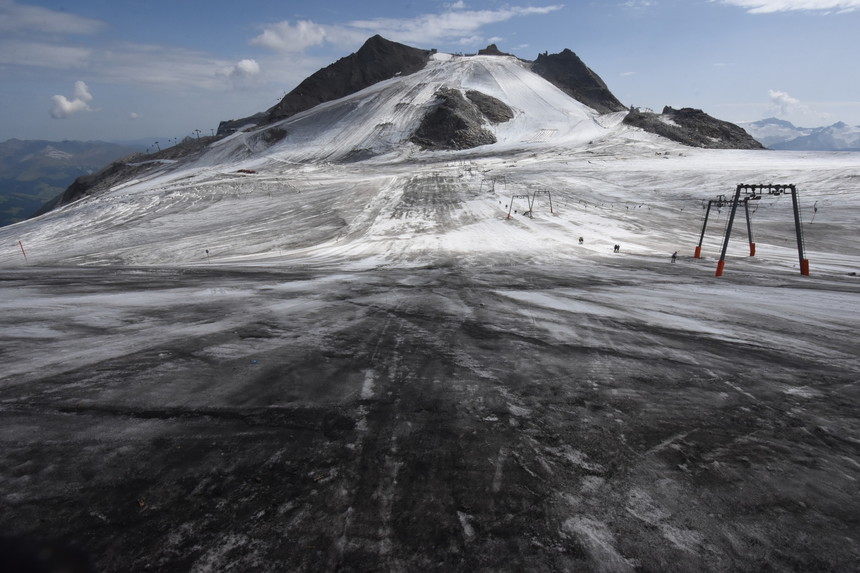 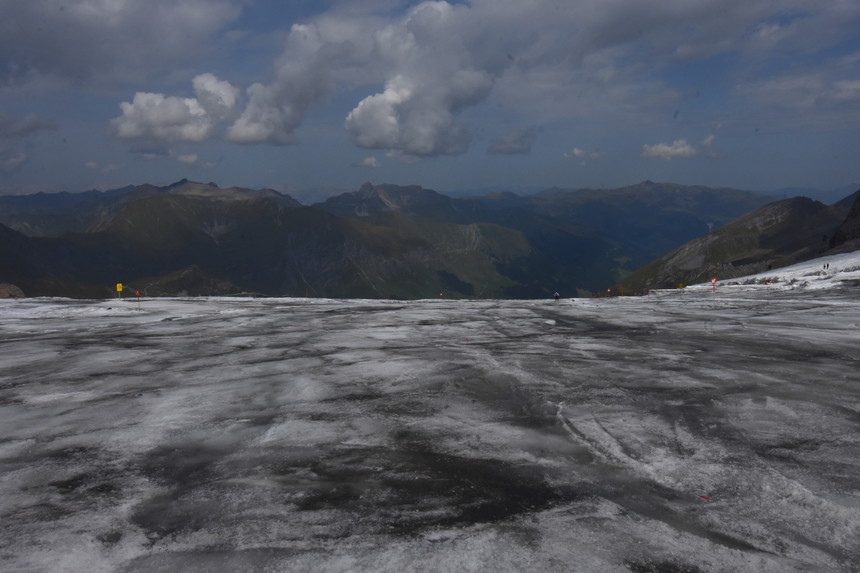 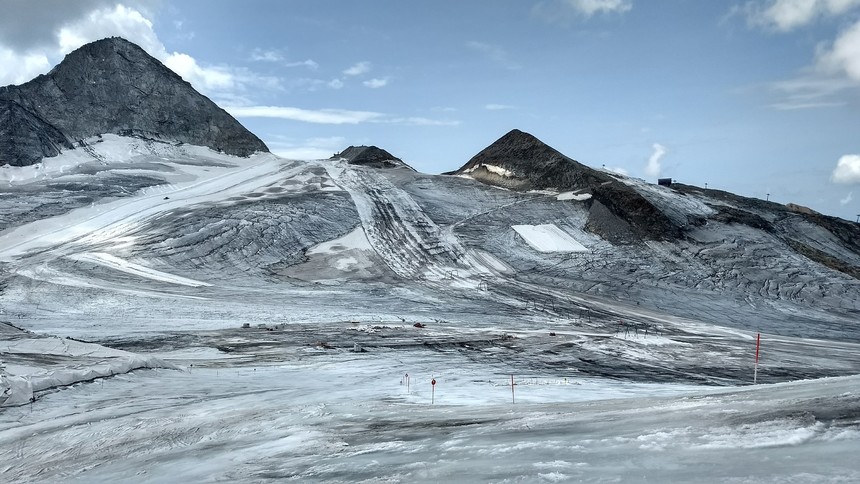 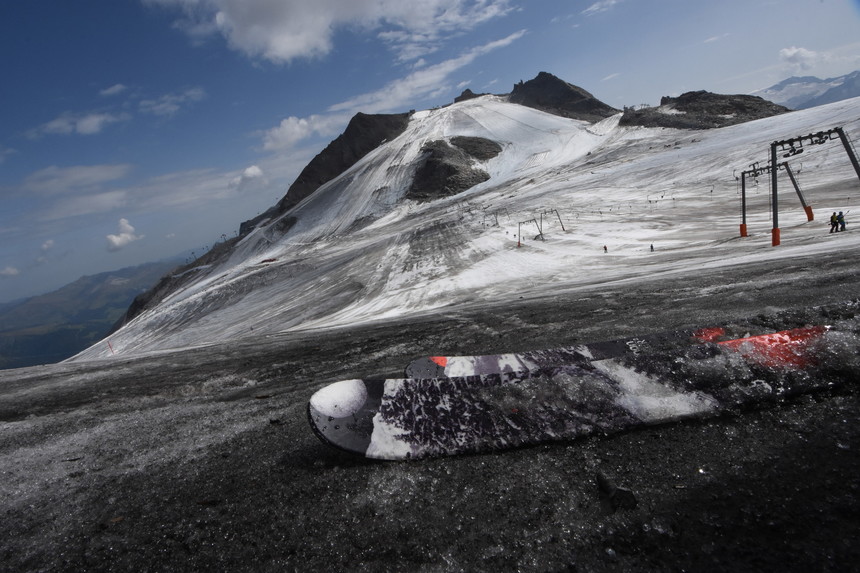 Further down in the slopes there's really only dark ice underneath. And it is difficult to distinguish the slope from the equally grey rock fields next to it. 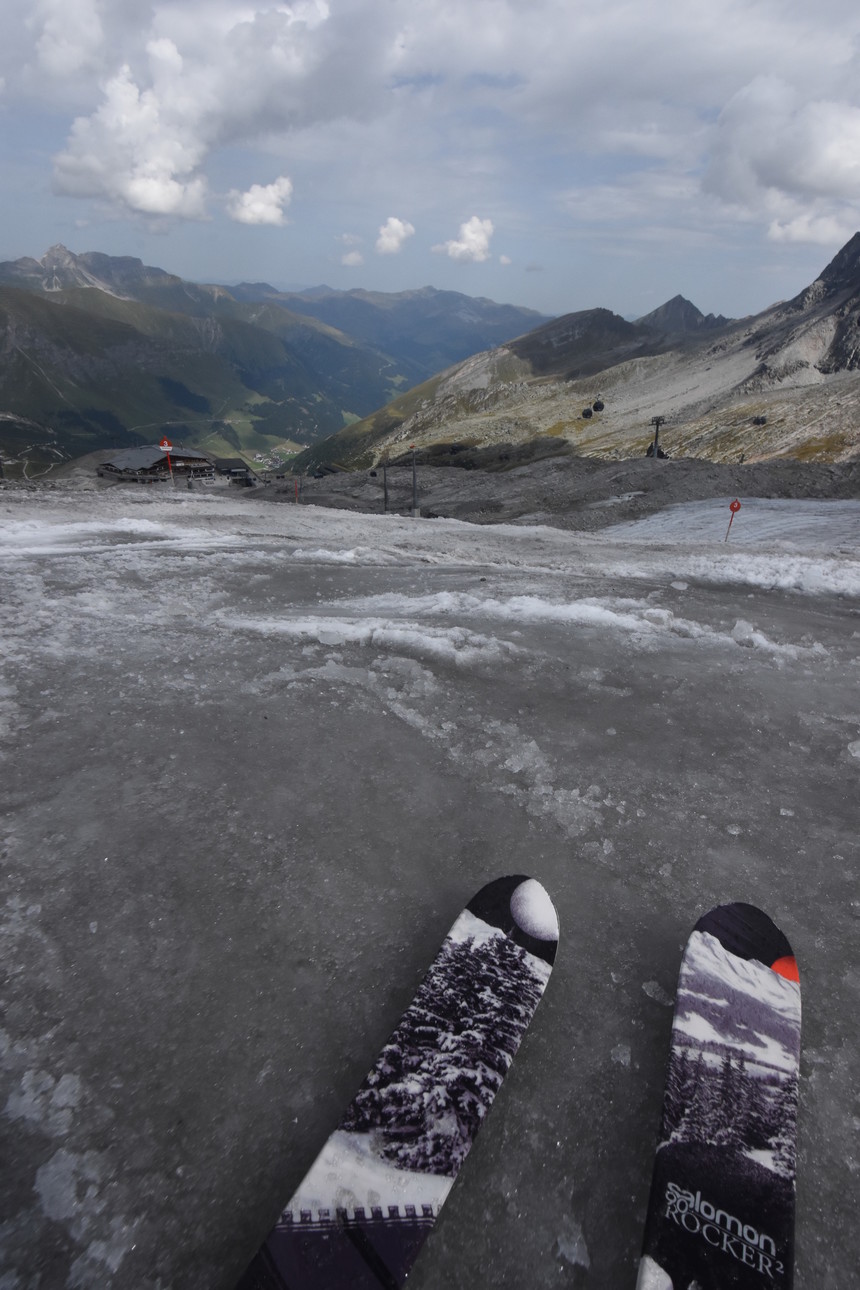 Snow is stored under white plastic, and every night some of it is used to maintain the lower slopes: 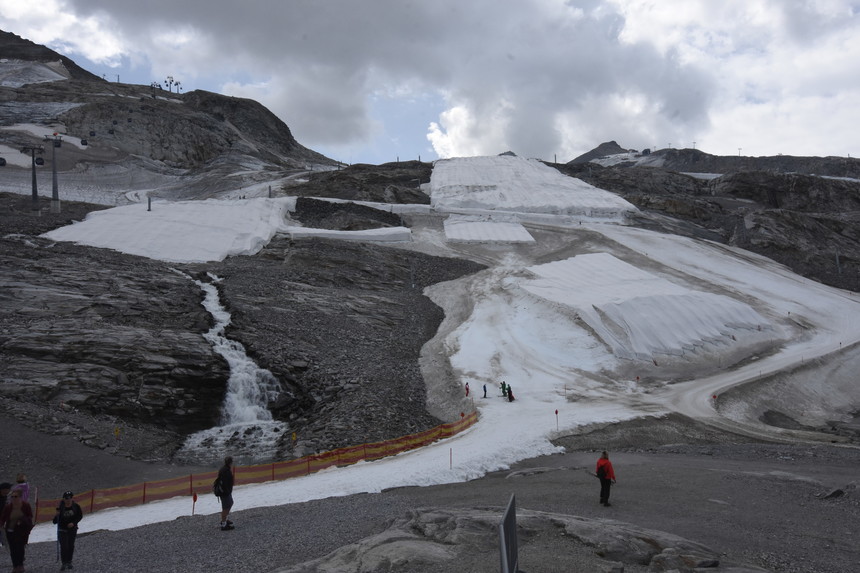 Holding my leg after falling on top my camera on the top of the slope: 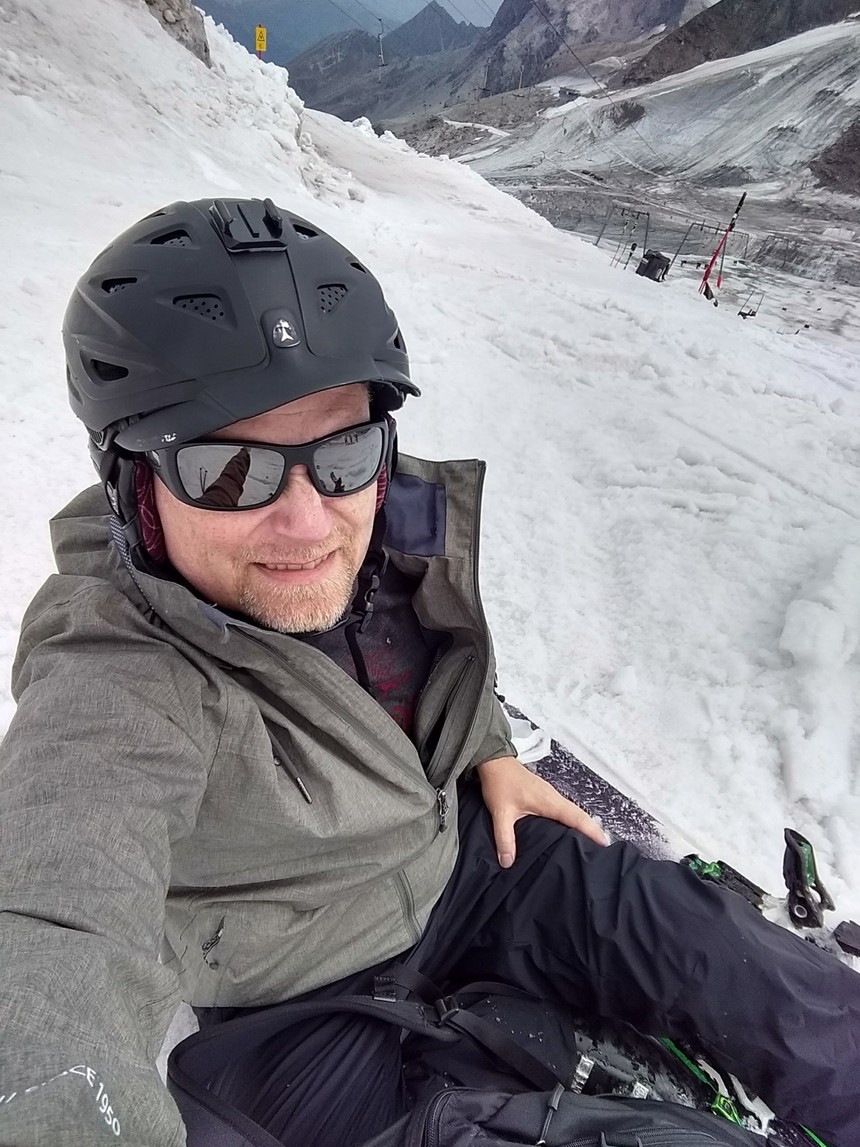 Further down in the valley, it was very nice!

The pool area at the spa hotel:

Photos and videos (c) 2017 by Jari Arkko. Video editing and sounds are from Apple iMovie. For copyright of the music, see discussions.apple.com/docs/DOC-4201