What makes a bike film stand apart? It’s more than great athletes and locations. It’s the little things, the nearly-intangible elements that take hours to get right but will only be noticed by a few. Things like sound design. In biking more than almost any other sport, sound design plays a big part in our enjoyment. There are countless little sounds in biking that we know all too well; the whine of a freewheel, rattle of a bike going over a bumpy section, and ‘skrtt’ of a roosted berm. Hearing those small but critical details makes you feel like you’re right there, ripping alongside your favorite riders. You can spend a lifetime editing a film, but there are severely diminishing returns past a certain point, and we’d argue that Return to Earth’s sound design is at that certain point. That isn’t to say that you should only watch it for the sounds; it’s an example of how Anthill Films put in the work to get the little things right. 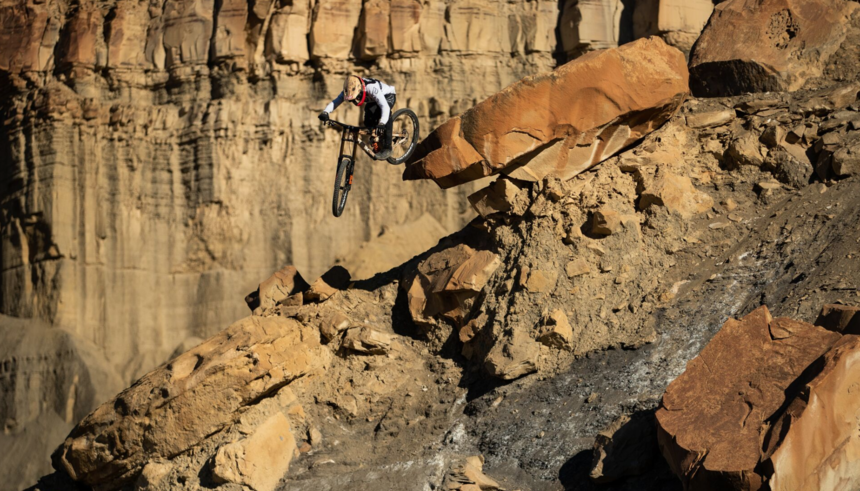 Featuring an appropriately-deep voiceover (both literally and figuratively), stellar soundtrack, and more world-class biking than you can shake a stick at, Return to Earth conveys that special something which sets it apart from the rest. More than anything, it just makes you want to go biking with your friends.

As in most bike and ski films, RTE has segments shot all over the place. From Utah to Whistler to Switzerland, the scenery is uniformly breathtaking. However, this isn’t a travel or nature documentary. The focus is on the bikers interacting with their surroundings—ripping the ever-living shit out of them, specifically.

Two parts in the film stand apart to us: Patagonia and Oahu. They are about as different in form as possible within the same sport: The Patagonia segment features some of the most remote big-mountain freeriding possible, and the Oahu segment takes place on one of the most overbuilt, immaculately-sculpted jump lines to grace the surface of this good Earth. 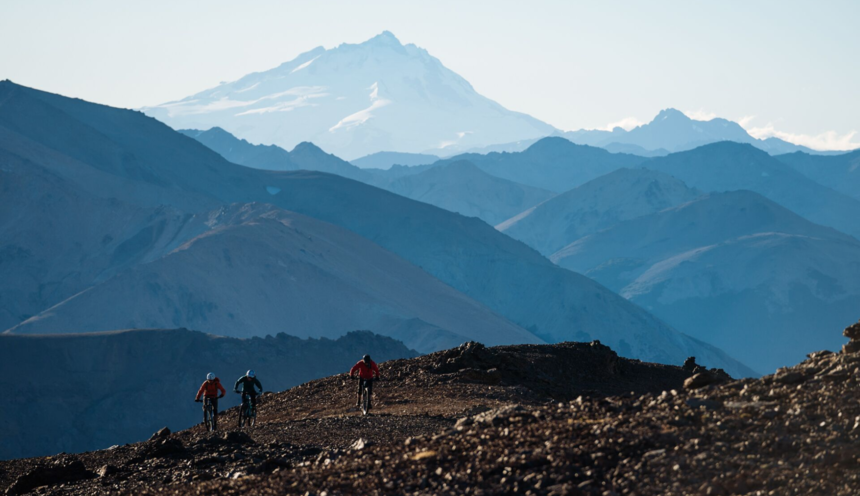 Not too many trails here in Patagonia. Marcus Riga photo.

When we say “remote big-mountain freeriding,” we don’t mean driving up into the hills outside of town. Patagonia is the definition of remote: Far from any major population centers and flogged by consistently-abysmal weather, the region attracts the hardiest of adventurers. Matt Hunter, Joey Schusler, and Sierra Nevada athlete Casey Brown took things a step further, venturing into one of the most far-flung areas in an already-far-flung region. “Riding in Patagonia was some of the gnarliest I’ve ever experienced,” said Brown. “We dealt with high winds, steep mountain slopes, and jagged rock gardens, all mixed with extreme isolation from any kind of medical help. It was a fine balance between sending it and staying safe.” Despite the less-than-luxurious conditions, it’s clear that the trio had a fantastic time connecting with each other and their surroundings far from the modern world's countless distractions.

Superficially, the Oahu part seems like the exact opposite of a Patagonian expedition. Packhorses are replaced with ATVs, scree is replaced with red Hawaiian dirt, and raw mountainsides are replaced with a massive jump line. Instead of distant peaks, the background features farmland and wind turbines, and the skeleton crew of bikers is replaced with half of the MTB world’s A-list. But despite the obvious differences, the segment’s theme is the same. Everyone is enjoying each other’s company, and the stoke when the cast and crew nail the incredibly long and complex ender shot is real and unforced. 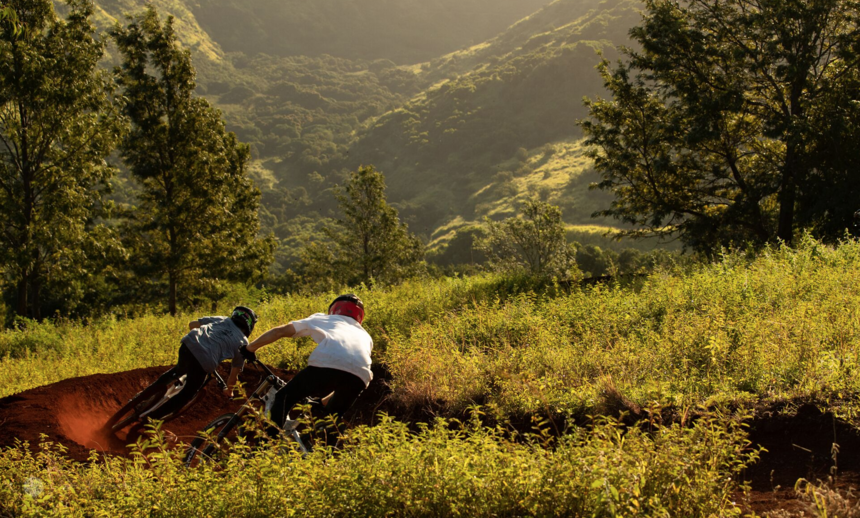 Nothing like some tandem ripping in Hawaii. Sterling Lorence photo.

In short, Return to Earth gets both the big and little things right, and channels the things that made us fall in love with biking in the first place: Having fun with our friends, spending time in beautiful places, and scaring ourselves a little bit.

Road cycling is rarely ever considered “gnarly,” but holy sh*t did a finish sprint at the Tour of Poland turn that way earlier this week. It’s what folks in the cycling world are calling one of the worst crashes ever, with a whole pack of riders going down after a line miscalculation, pushing Fabio Jakobsen into a barrier 10 feet from the finish. Even Lance Armstrong tweeted about, saying: “Been around this game a long time and not sure I’ve seen a crash that horrific.” Jakobsen was

GoPros have revolutionized action sports videos over the past decade or so, giving a wide segment of the population the ability to show off their perspective while getting rad. However, just about anyone who's skied or biked a ridiculously steep line and then looked at their GoPro footy has probably thought "Wow, this looked WAY steeper in person." I'm no cinematography pro, but there's something about GoPro angles that simply don't convey pitch very well. So, when watching a video like this

Swedish freeride biker Emil Johansson got the call for Red Bull Rampage a mere three days before shovels hit dirt in Virgin, Utah, leaving him very little time to pack up his gear and fly around the world. Upon arriving, he had a frantic few days of digging and riding old Rampage zones in order to acclimate himself to the unique style of riding demanded by MTB's gnarliest event. RELATED: Check out the trailer for TGR's In spite of the insane pressure and unfamiliar conditions, Johansson put