This is the world's oldest and biggest hotel room. And it is 64 meters underground, in a cave in Arizona. Sadly, we did not have money to for the night (850 USD) but we did get a tour.

The Grand Canyon Caverns are off the Route 66 south of the Grand Canyon. 35 million years ago water eroded cave passages on this high plateau, leading all the way to the Colorado river. The cave is one of the largest or perhaps the largest dry cavern in the world; there is no longer any water in the system. It is amazing that smoke tests have indicated an air path from the cave to Grand Canyon 97 kilometres away. For more of the history of the cave, see the Wikipedia page.

We were busy driving from Flagstaff to LA that day, so we didn't have a whole lot of time to spend in the cave. In addition to the regular tourist tour (45 minutes, 21 USD) that we took, there are spelunking tours (2-3 hours, 100 USD) to the newer cave part discoveries. The maps that I saw were a tiny fraction of the reported length of 97 kilometres, I think that is merely the distance to Grand Canyon.

To get to the cave, exit I-40 to Route 66 from either Kingman or Seligman. There's also a general aviation airport on site.

After visiting I realised that I had been here before, 35 years ago when touring the western US with my parents and little sister who was maybe seven at the time. I remember that we run into a local cowboy in the bar afterwards, and he gave my sister a small meteorite rock. (Not sure if it really is, but it was heavy, and had smooth metallic forms on the outside that is common in meteorites. Sweet gift in any case.) 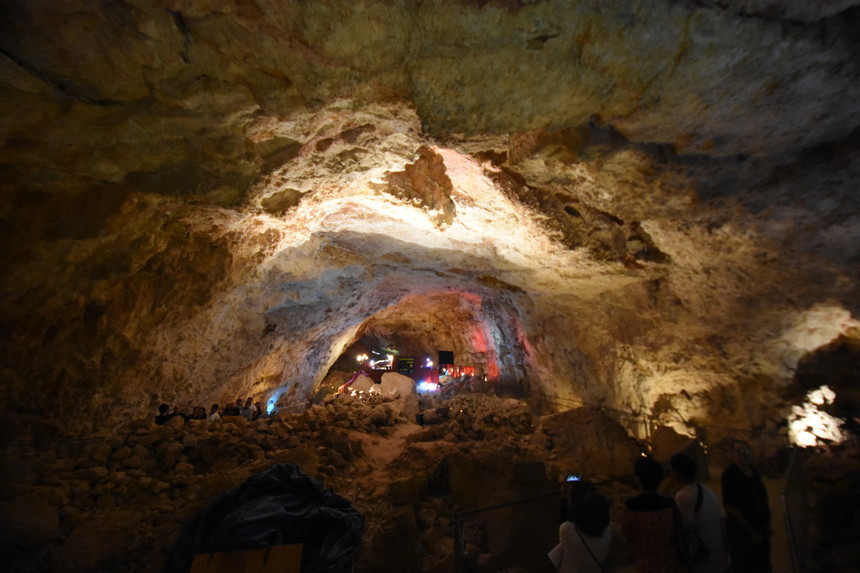 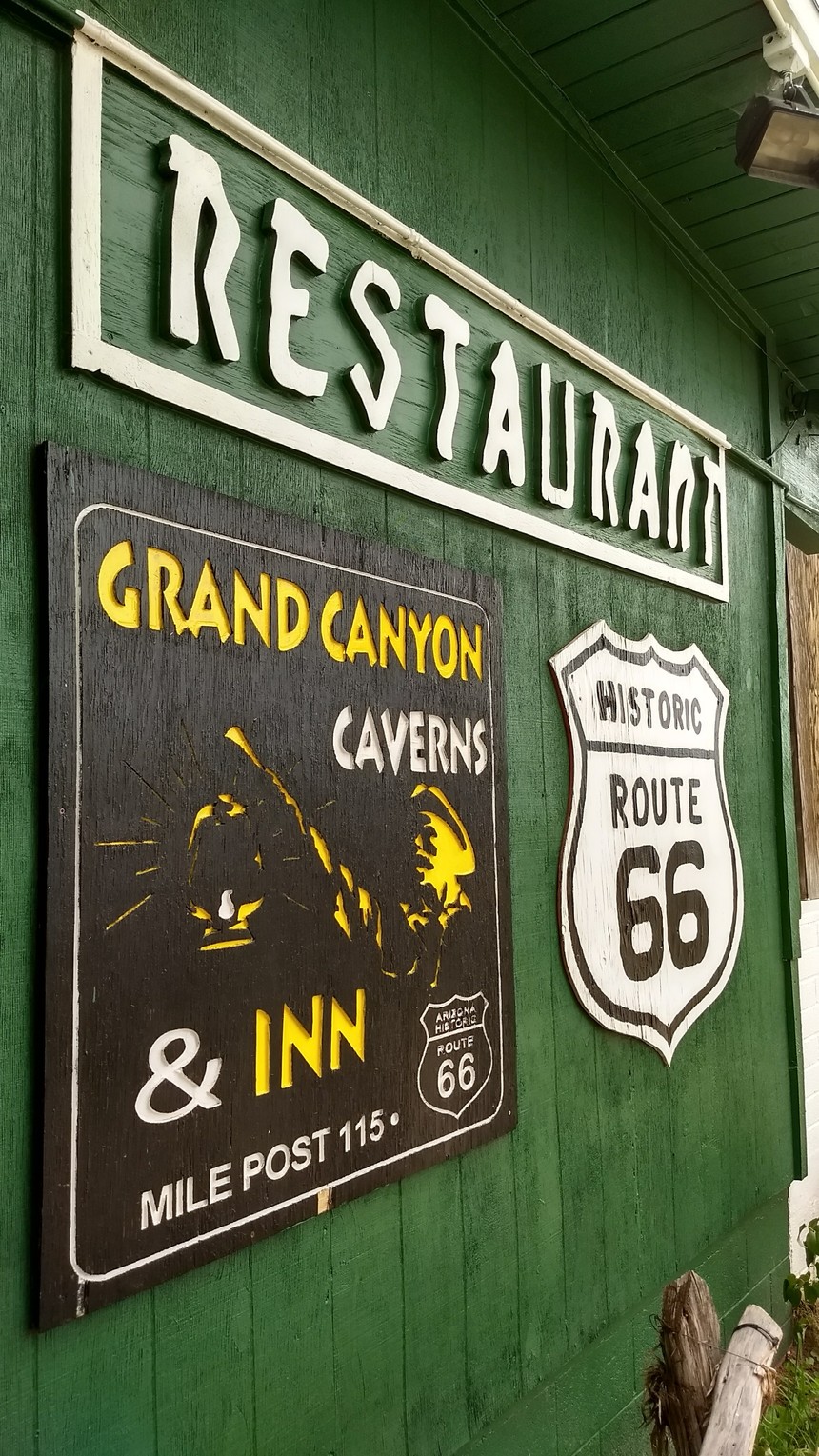 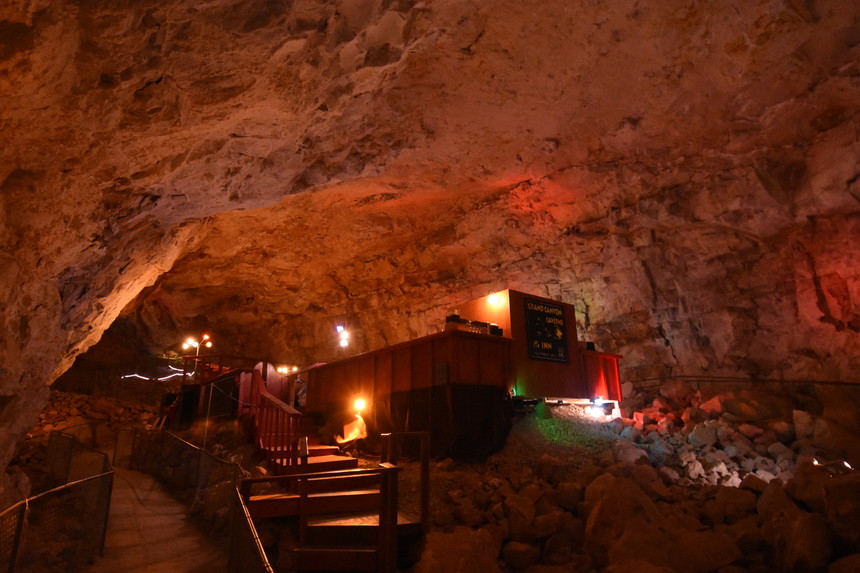 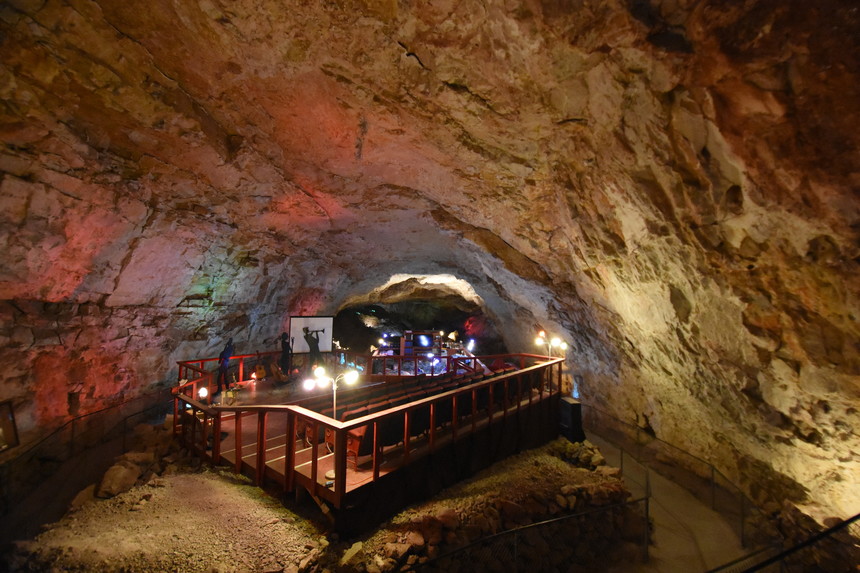 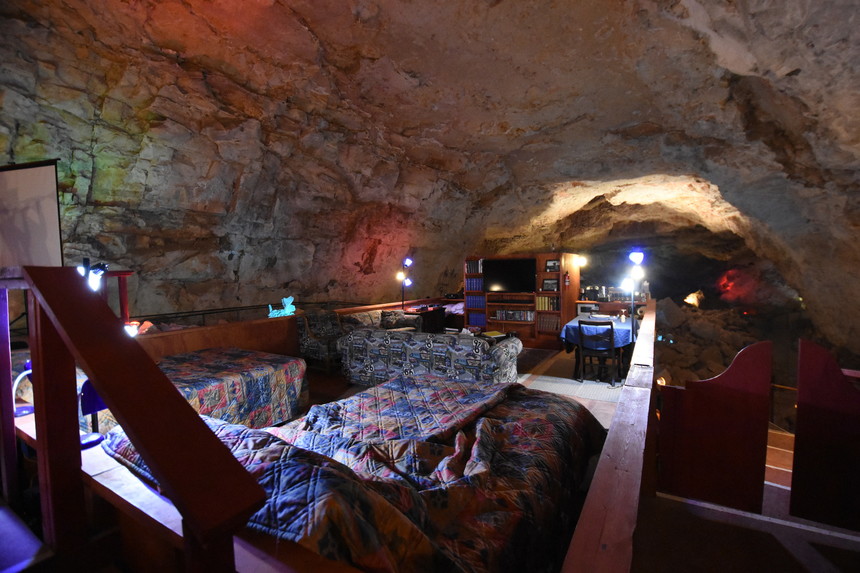 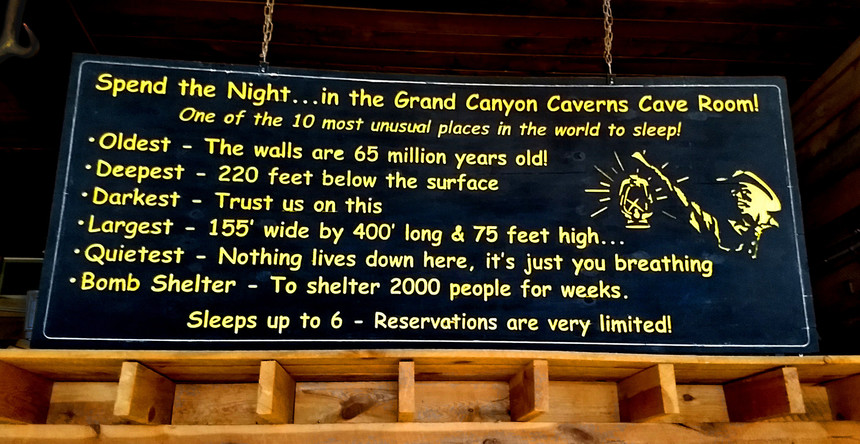 A giant sloth was trapped in the cave thousands of years ago. It tried to crawl out, and even today the claw marks are visible on the rock: 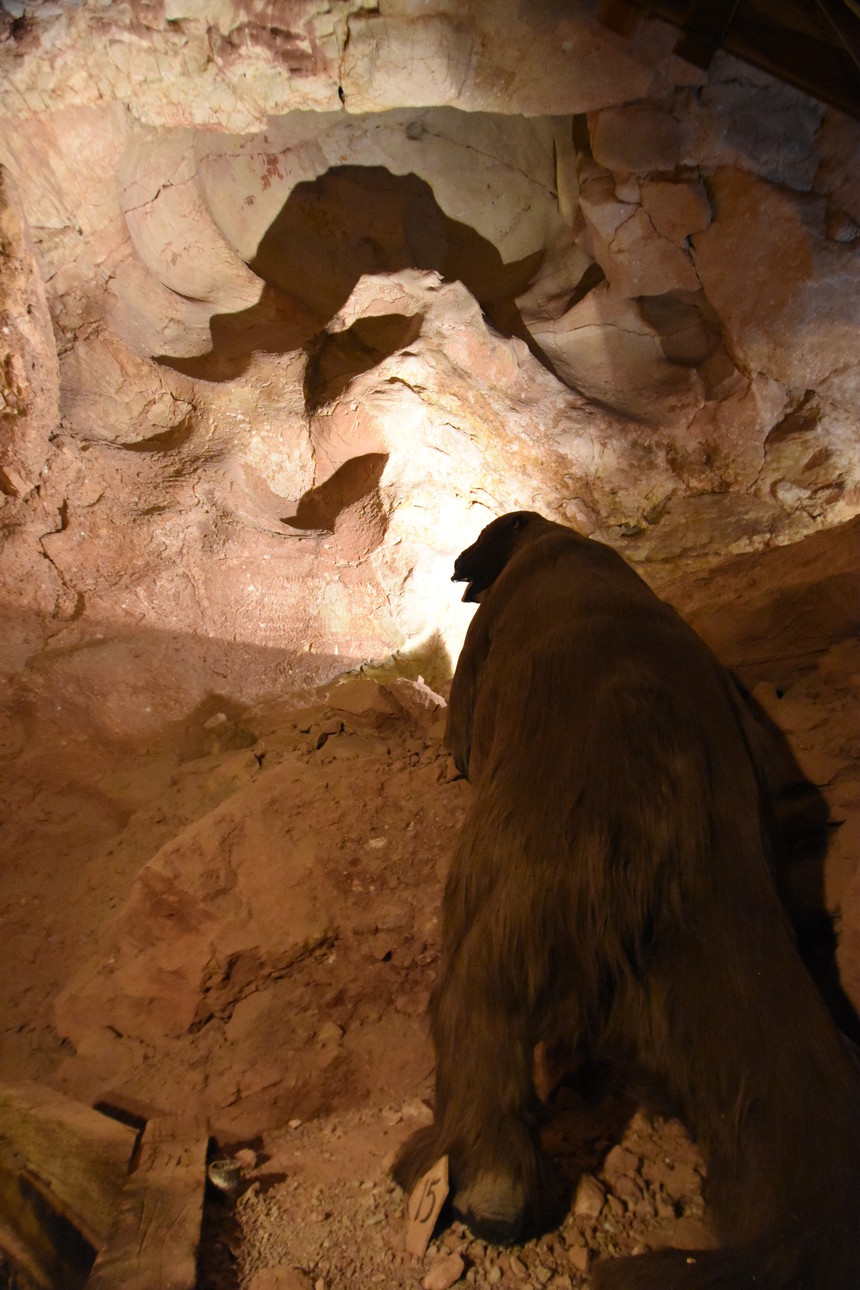 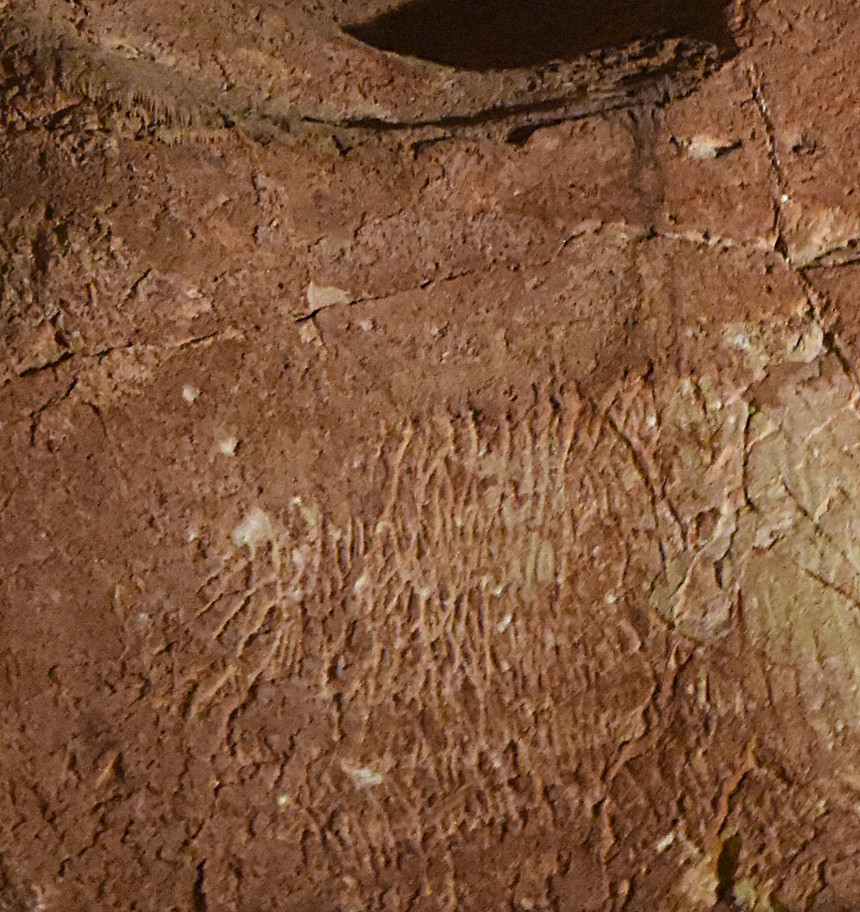 Today, tourists enter the cave through an elevator. This is the original entrance to the cave: 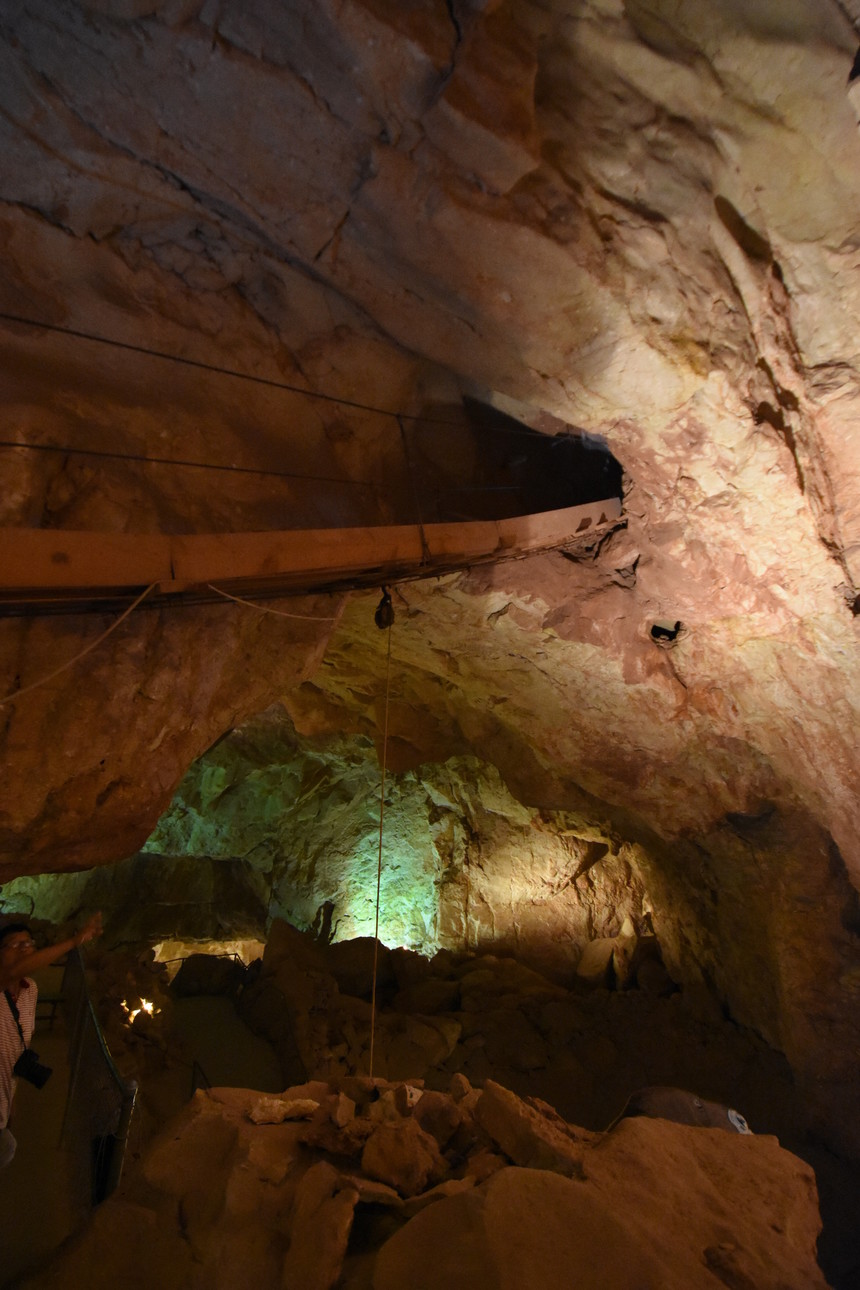 A bob cat has also been trapped in the cave: 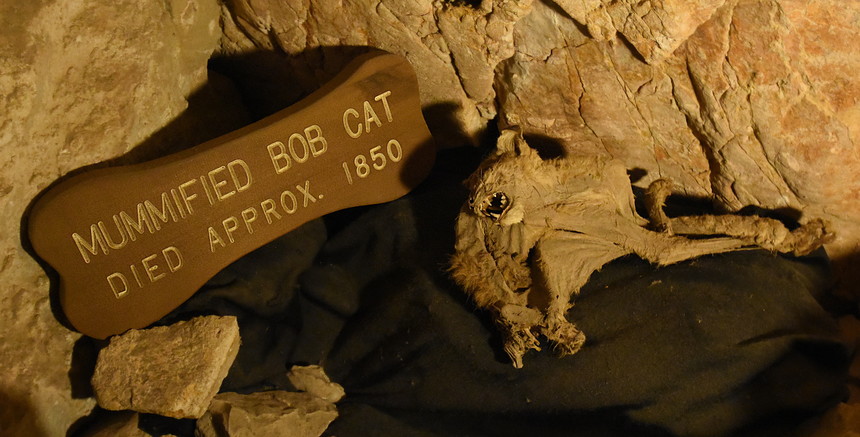 The cave also doubles as an emergency shelter, here are the supplies: 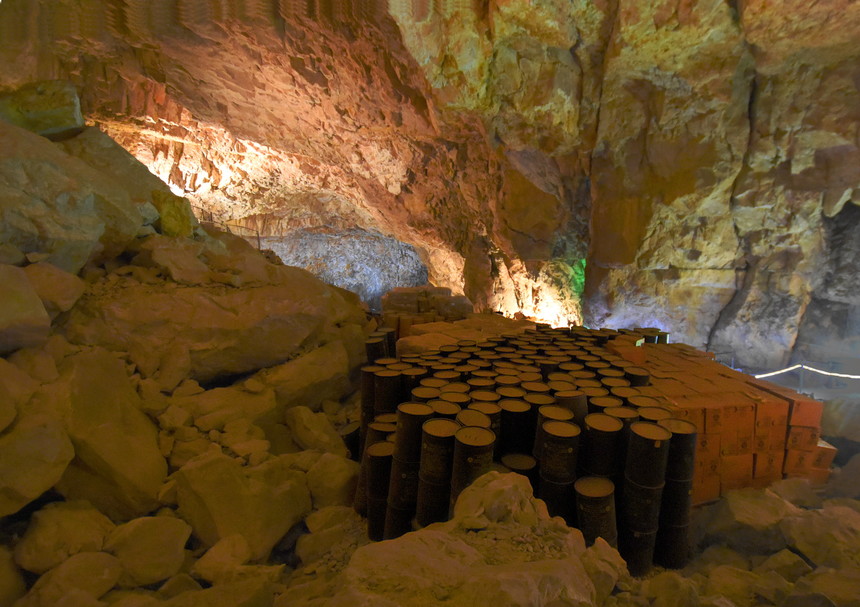 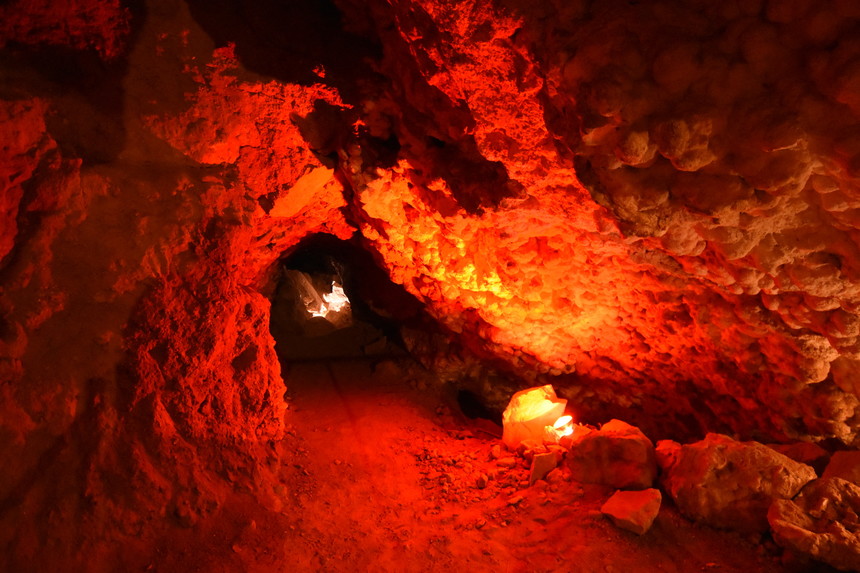 On the way to the cave, be sure to stop at the Roadkill Cafe. But don't order anything meat-based... 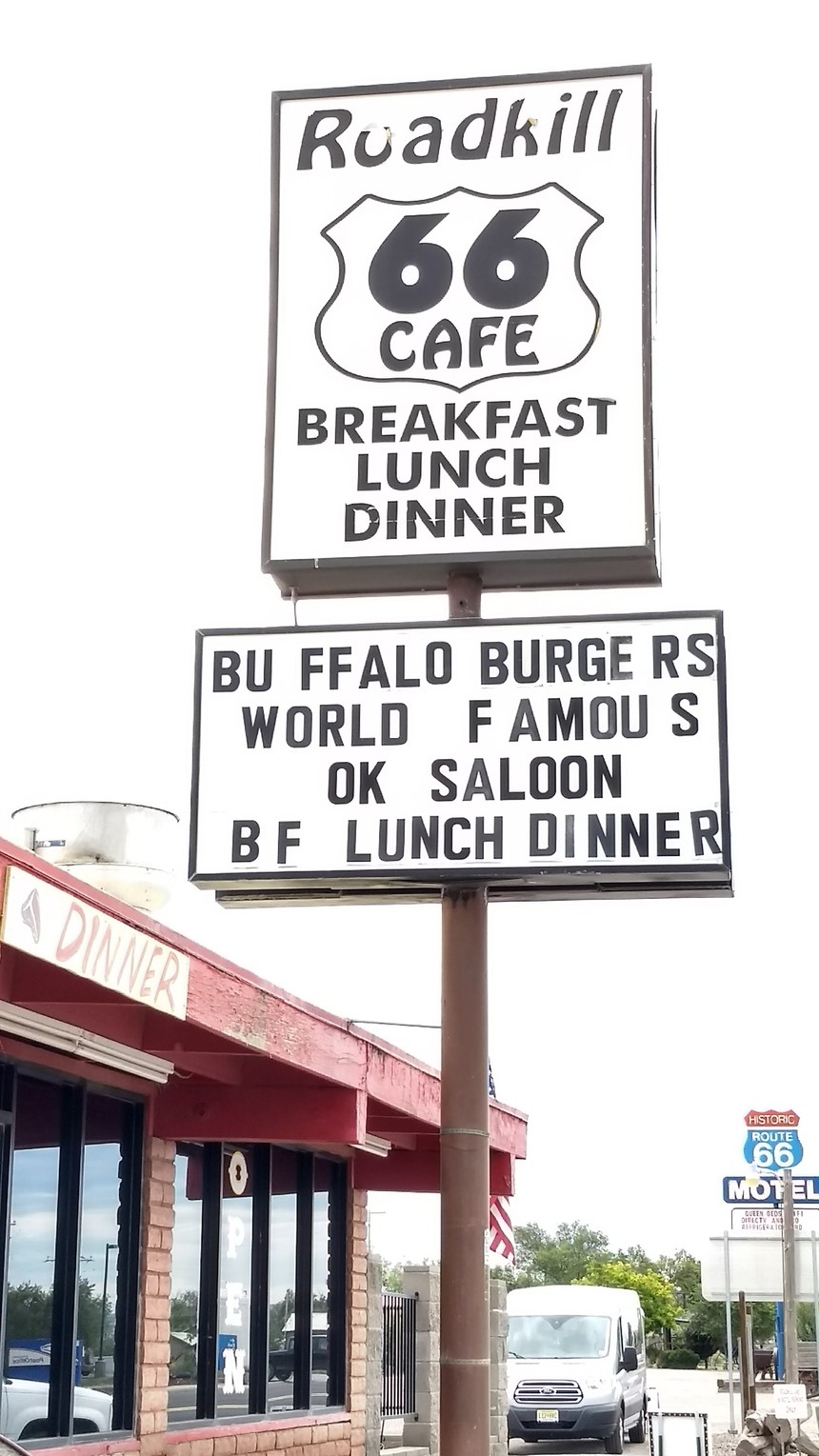 This blog article is also available at the Blogspot site. Tämä blogi löytyy myös suomeksi Relaasta. Photos and videos (c) 2017 by Jari Arkko. All rights reserved. The video editing and music is from Apple iMovie. For copyright of the music, see discussions.apple.com/docs/DOC-4201.