We had a disturbing visit to a cave today. Somebody had not only blocked access to this cave, but also smeared vaseline all over the cave, spread broken glass, and so on. Sigh.

The Mätikkä cave in Masku, southern Finland, is an interesting cave that begins under a cliff, continues in a system of cracks, and has a number of exits, including one on the top of the cliff. We first learned about this cave from the Retkipaikka article.

We had read about the disturbances, but had not realised how bad they were. The place was not just disturbed with garbage, access was completely blocked, and significant parts of the cave were smeared with vaseline and some other substances (maybe horseshit, or some other brown substance) and broken glass was spread around.

Signs were also posted around the cave, claiming that access is prohibited to protect insects, butterflies and other nature the in the cave. Well, I'm not entirely sure that smearing the cave with vaseline will help the nature a lot.

It would seem to me that it is a crime to spread oil products into nature. And everyman's right grants access to the nature in Finland, so signs and blockage seems to be against that too. The cave also has a potential cave painting, making it crime to disturb such a historic site. See also the note at the geocaching site, I wonder if a police report has been filed about the situation? 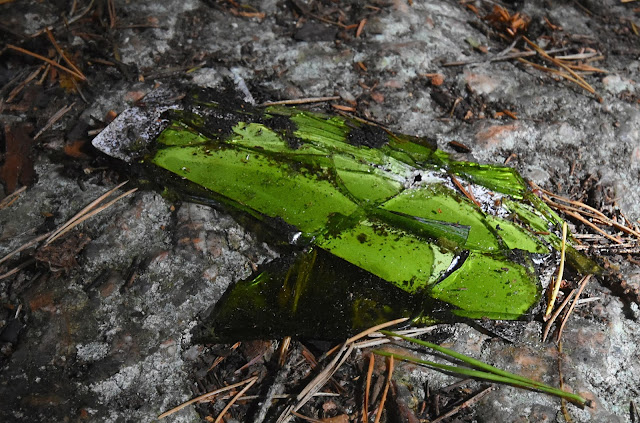 Vaseline inside the cave: 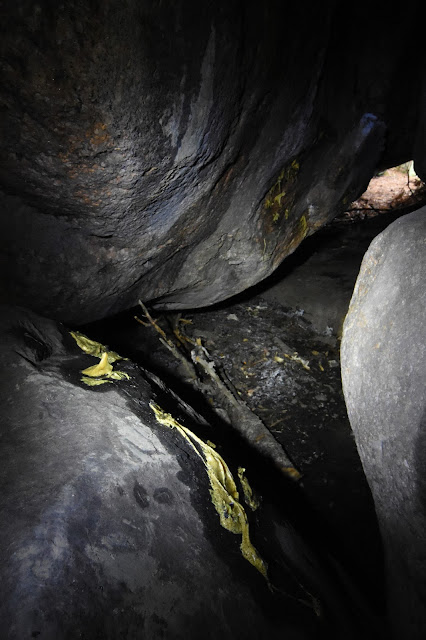 Tunnels within the cave: 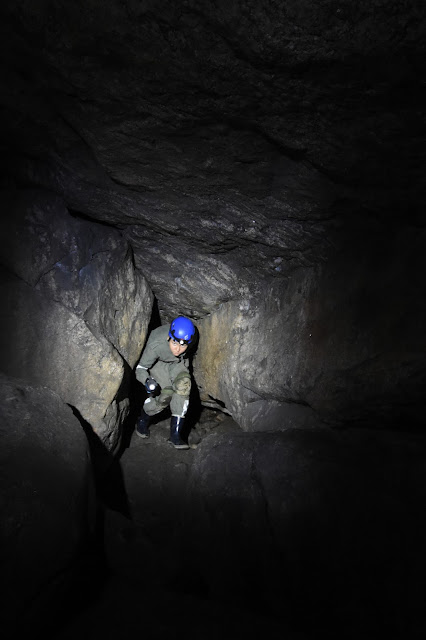 There is a possible, unconfirmed cave painting in the second chamber: 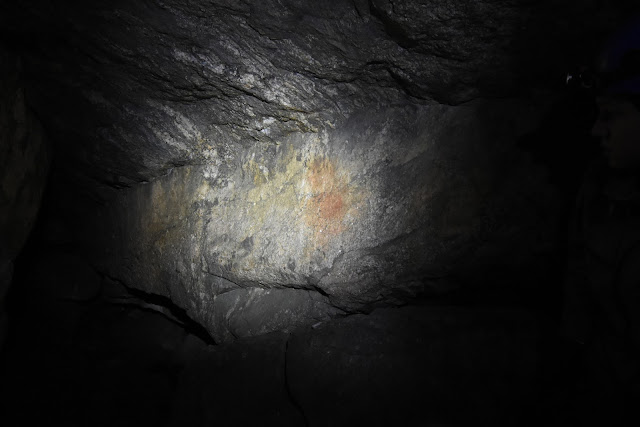 Although nobody really knows what the painting might convey, if it is a painting. I wanted to be helpful and highlight in this computer drawing what it shows: 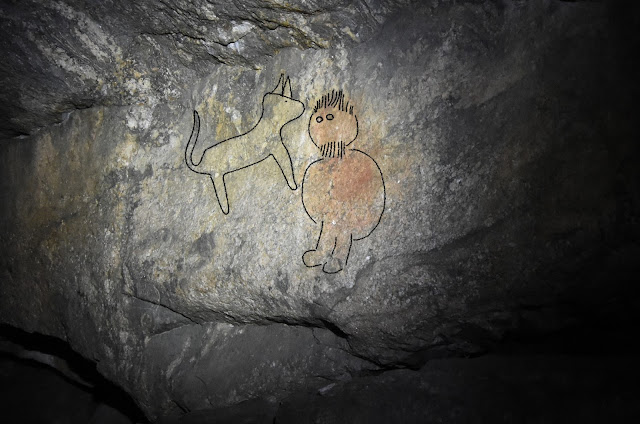 Although it could also be showing this: 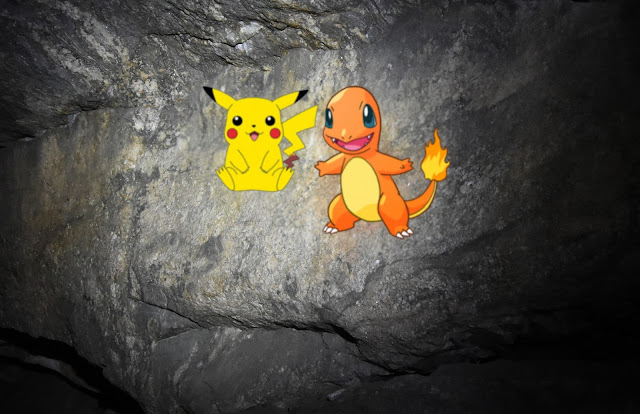 Photos and videos (c) by 2016 Jari Arkko and Janne Arkko. Cartoon characters with satire fair use from 1 and 2. This blog is also available at the Blospot site. Tämä blogi löytyy myös suomeksi Relaasta.