Eight days inside a shopping mall. Enough! The question for the ninth day though was if I could find something interesting. Are there any caves in Singapore? There was scant information in the Internet, but it seemed like there could be beach caves on the Sentosa island, if we only could find low enough tide moment to reach them.

Or be able to reach the place, among all the fenced-off areas and luxury hotels on Sentosa.

Eight days inside the same hotel-shopping-mall-conference center complex? I had not left the building except once to cross the road for a restaurant and a second time to walk to another one few blocks away.
On the ninth day, Tero, Paul, Yu and me set off and decided that we'd just come off the taxi at the Shangri-La resort lobby, and look like we were residents. It worked, "Welcome back, Sir" :-)

We headed off towards the beach, crossed the grassy area where a wedding ceremony was being setup, and found our beach. Cliffs surround the western tip of the Sentosa island, an area that isn't really developed except for the museum relating to the fortifications from the second world war. It was easy to descend to the beach on a rocky slope. And there was plenty of space between the cliff and the sea. The tide was at its lowest point I guess during the whole week.

But we still didn't know what we'd find. There weren't too many pictures of this place, and no clear documentation what caves there might be. Only a rumour that one of the caves should have a shrine. If we found the right ones.

We quickly found the first cave, which also turned out to be the best one. It starts under a overhanging part of the cliff, with roots and branches of trees hanging above our heads. A small crack that is at the beginning wide enough that you can just walk in. But then the going gets tougher. You have to crawl in, on your side and squeeze into the innards of the cave. Somehow that made the cave special. Not a mere walk-in, but something enclosed, something you have to work for. Inside the cave gets again larger, and continues overall I guess 6-7 meters. There's enough space to sit up, turn around, and there's even a side tunnel to the left. The floor is made up of smooth sand, with an occasional patch of garbage or seaweed brought in by the high tides. And a couple of neat holes in the sand, wondering what animal is lurking in them...

Other caves are not as big, but are all interesting. A short tunnel that leads to a large rectangular room filled with empty plastic bottles. Sigh. If you've spent any time in the shores of world's oceans, you'll know that even the most remote beaches are full of plastic junk.

Then there was the crack that ended up in a nicely greenish rock. And a big, odd triangular cliff form with a two-meter wide deep canyon behind it before the cliff.

No shrine that we could see.

Here's a list of the caves and their coordinates:

More pictures, first from our after caving at the Shangri-La: 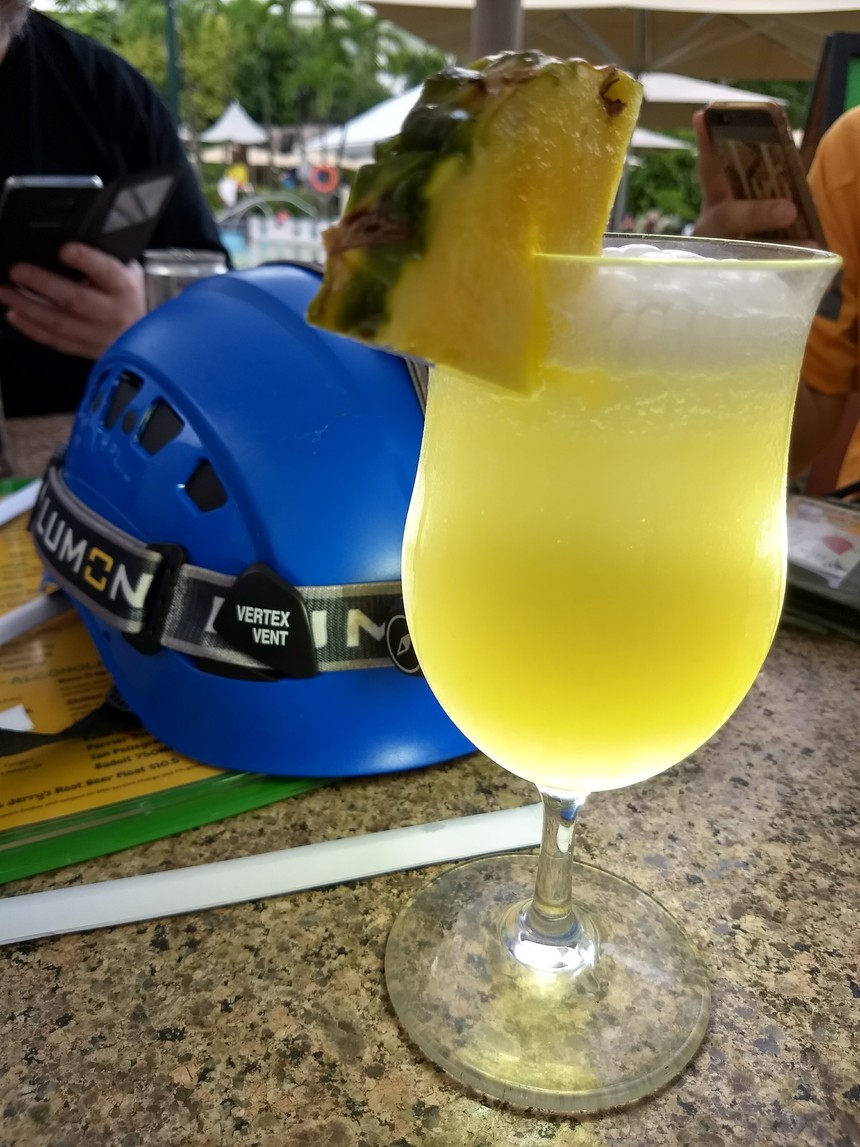 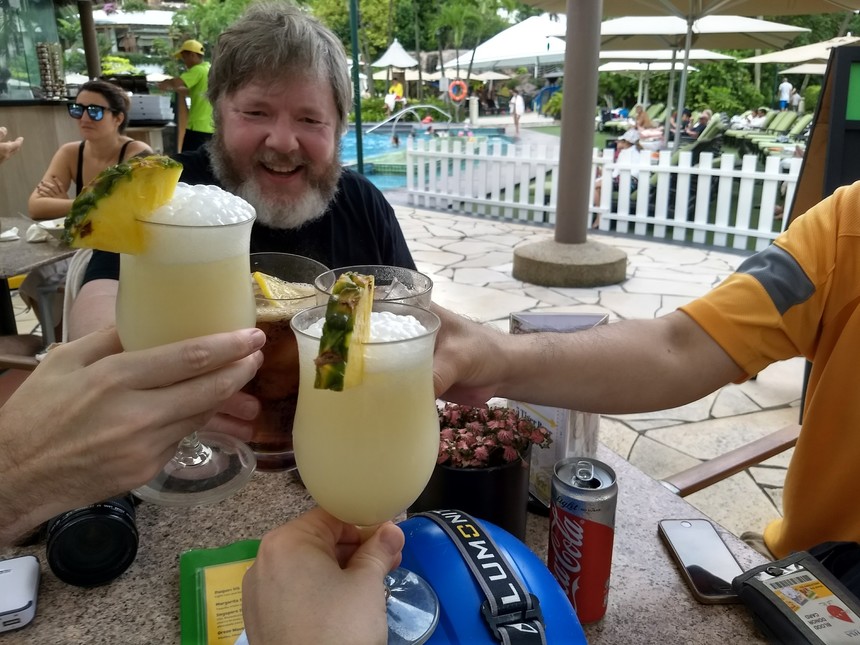 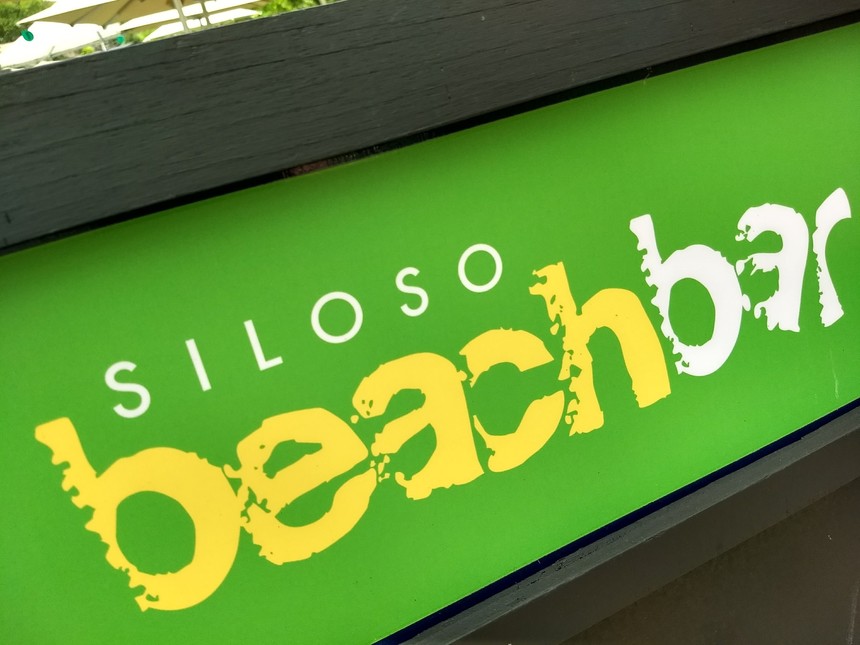 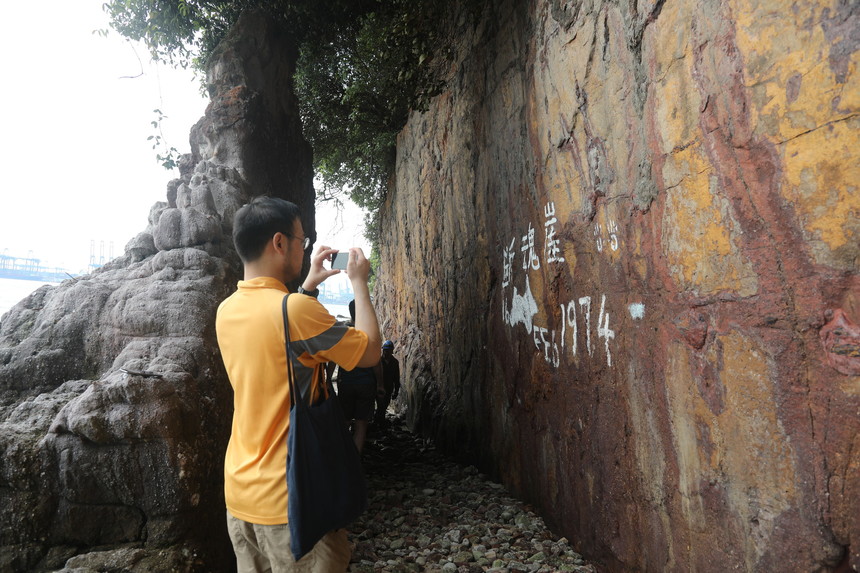 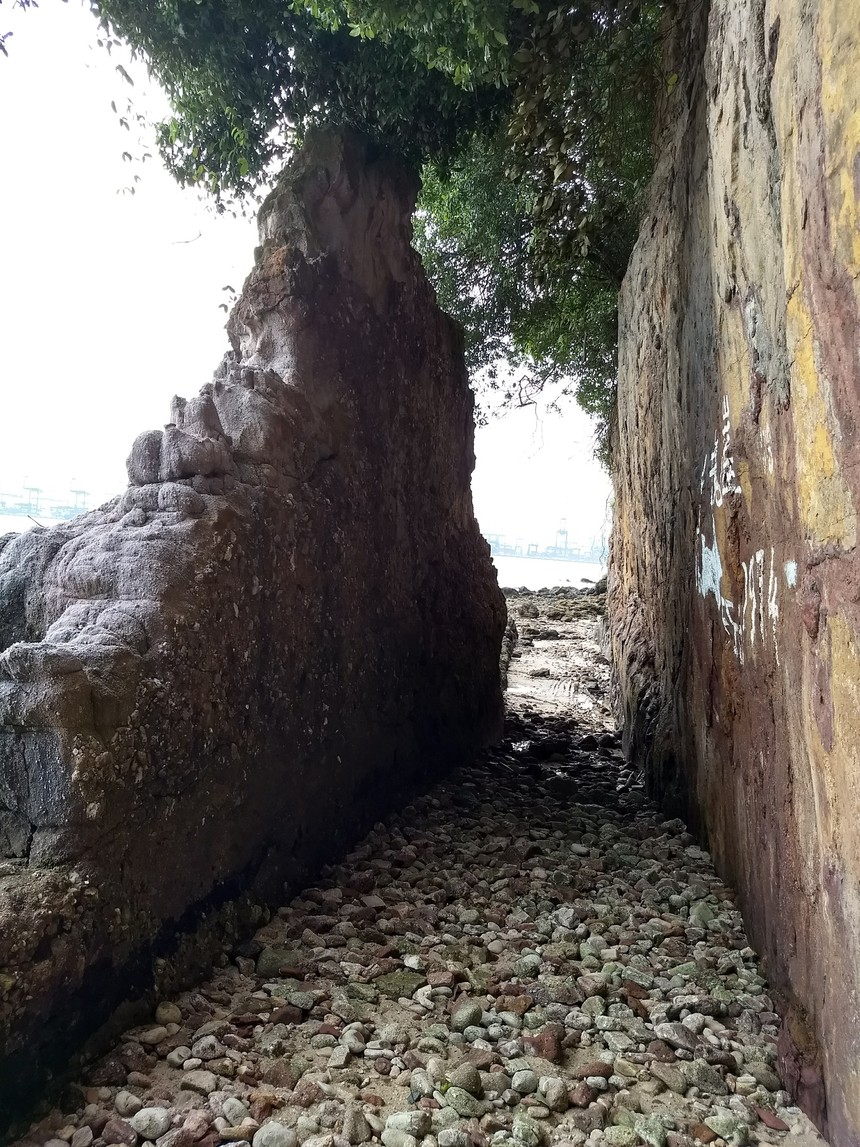 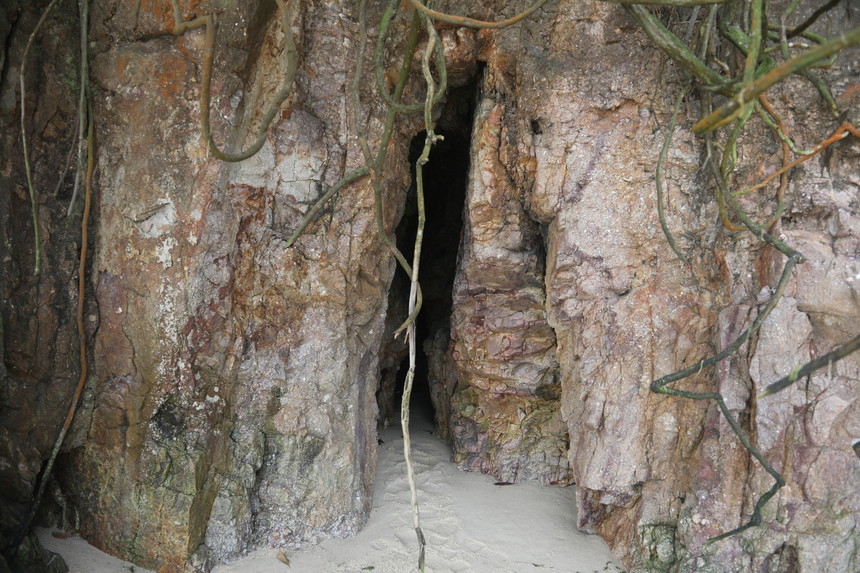 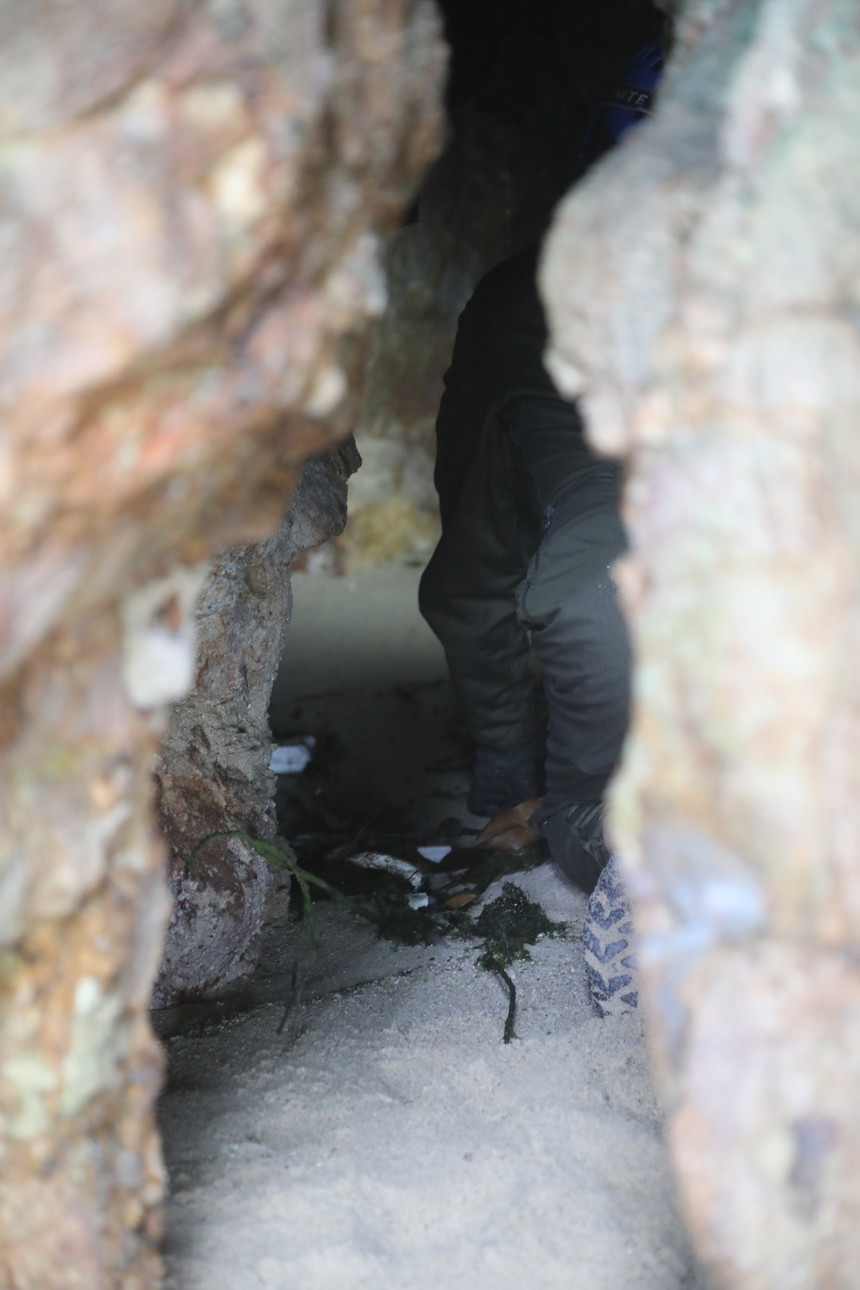 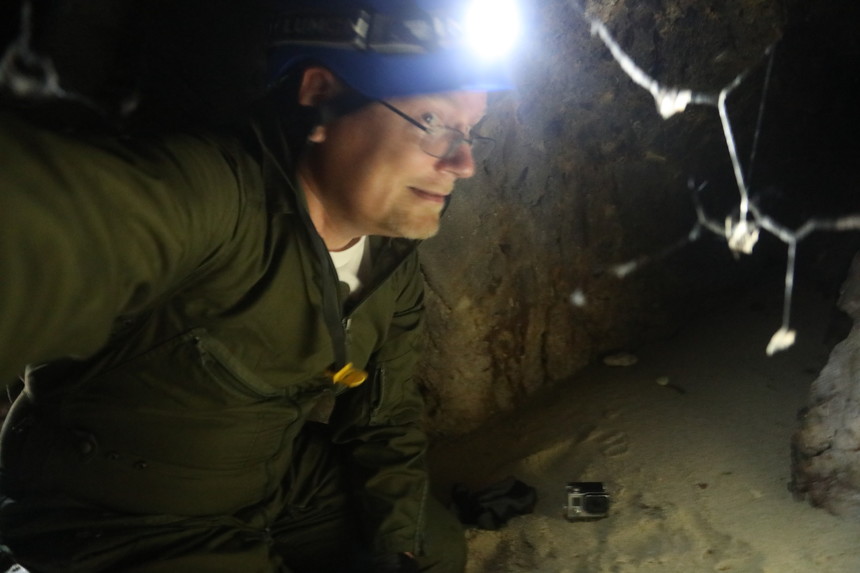 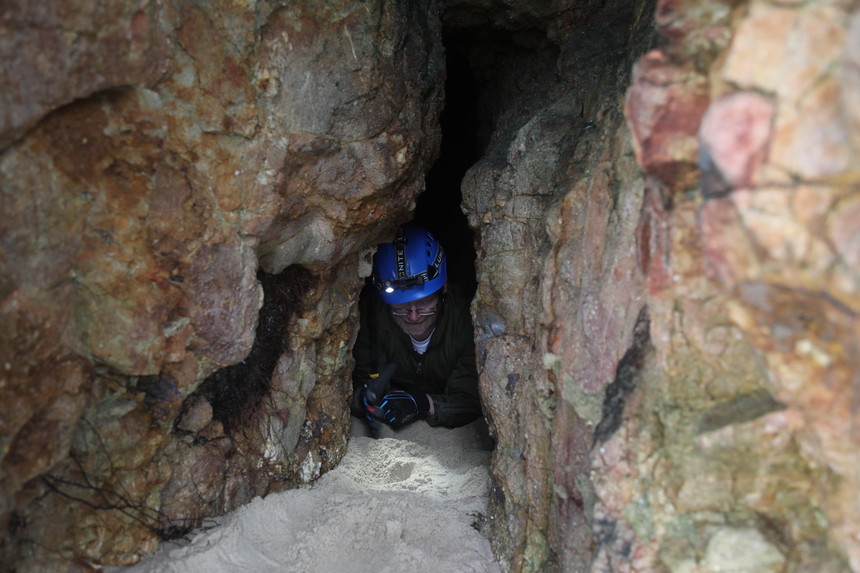 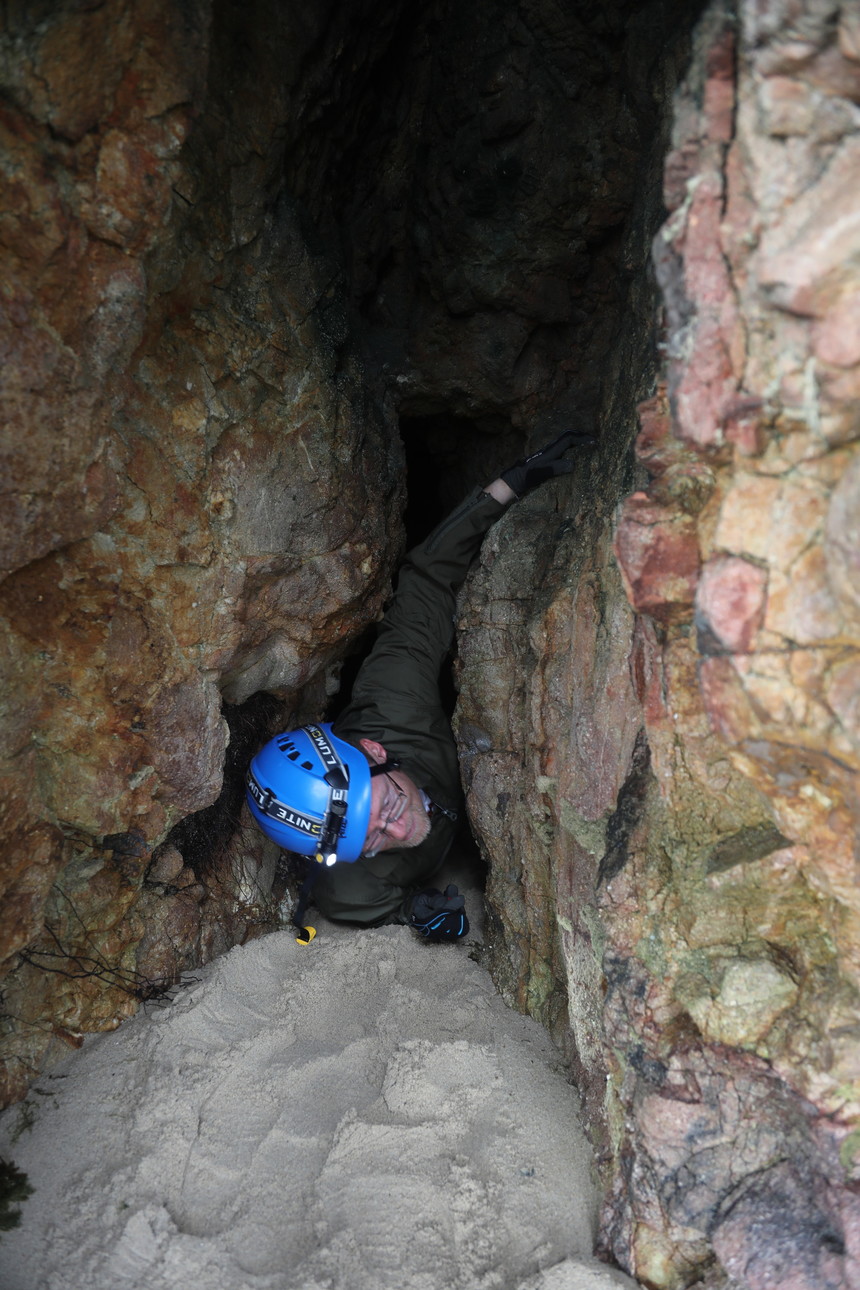 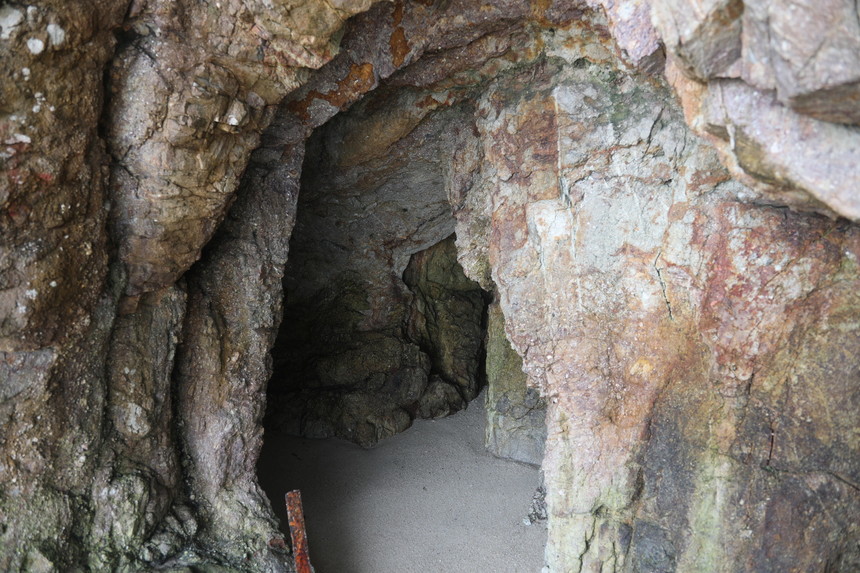 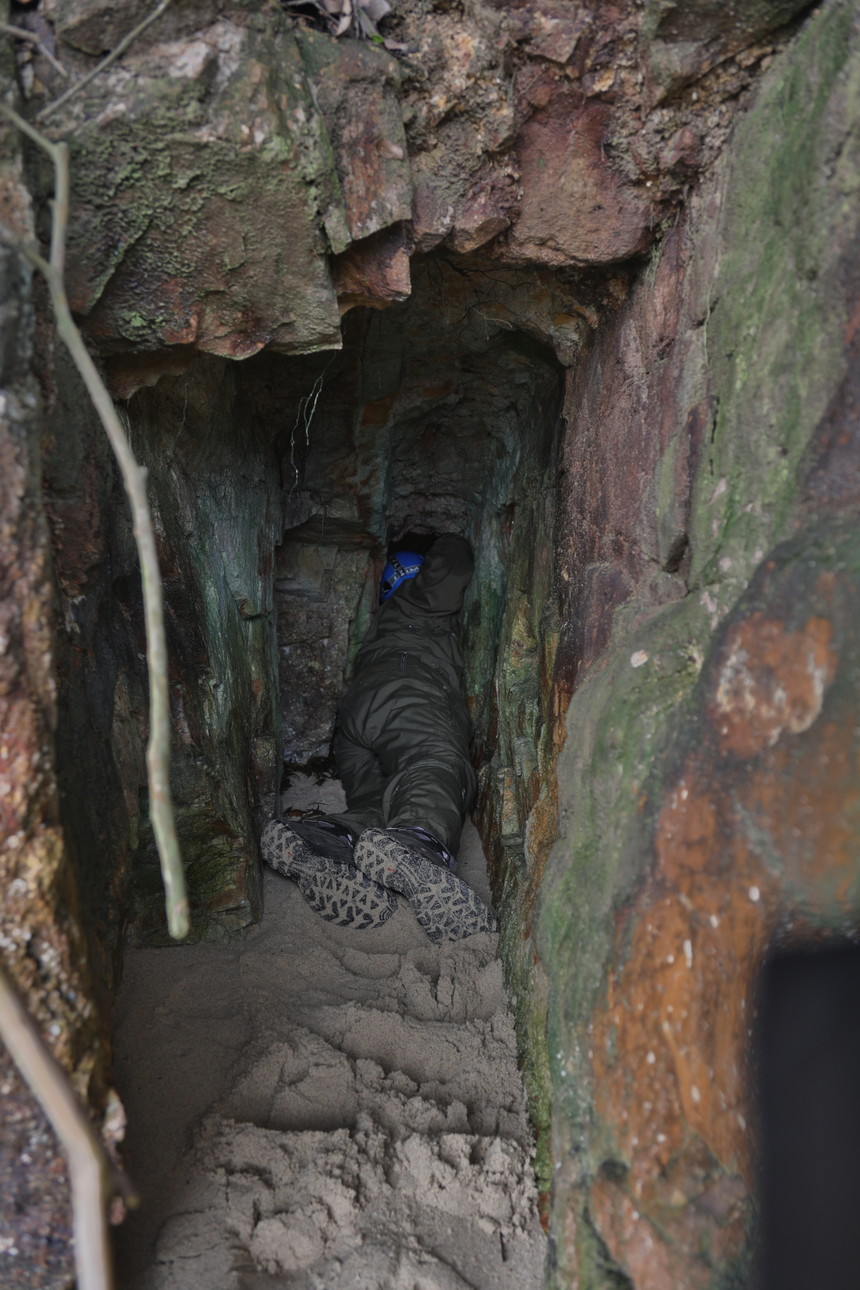 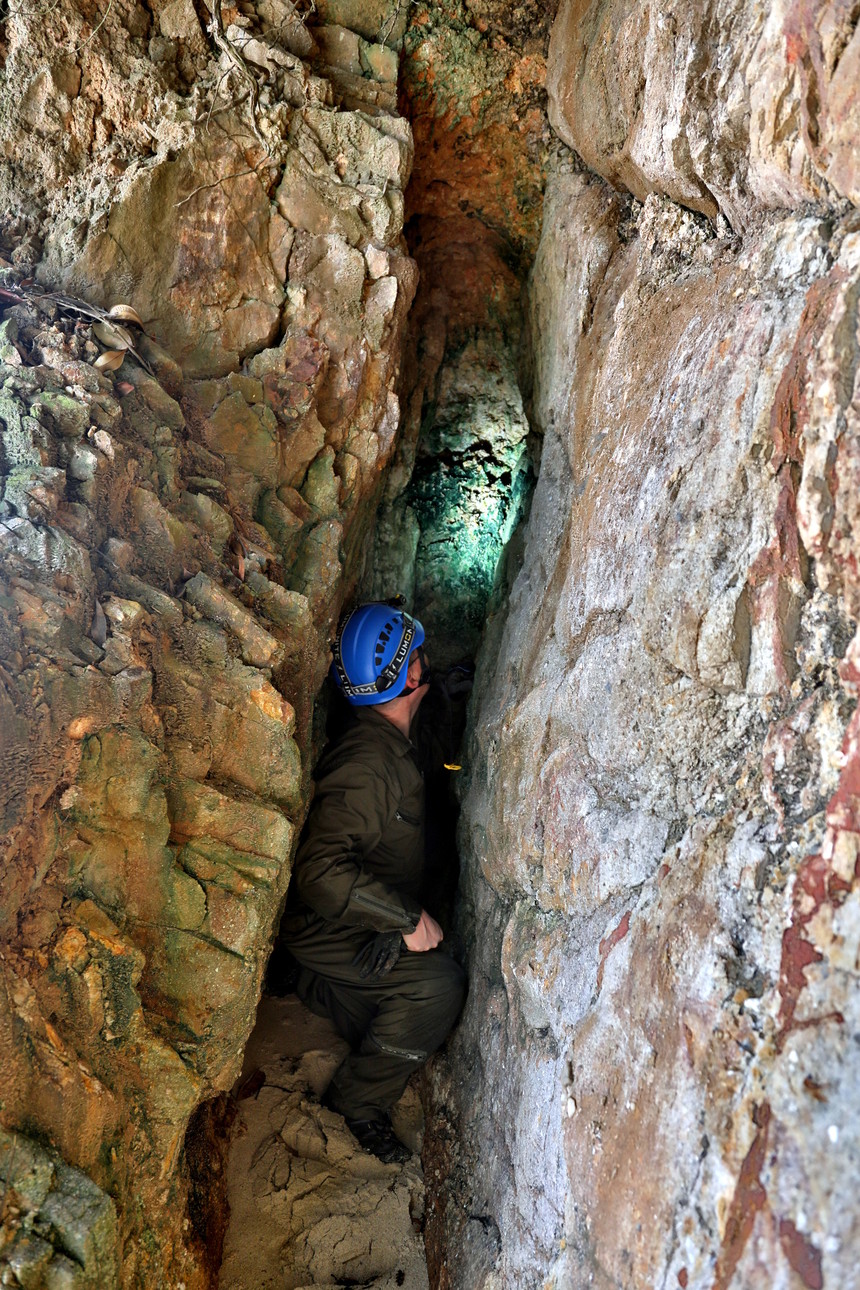 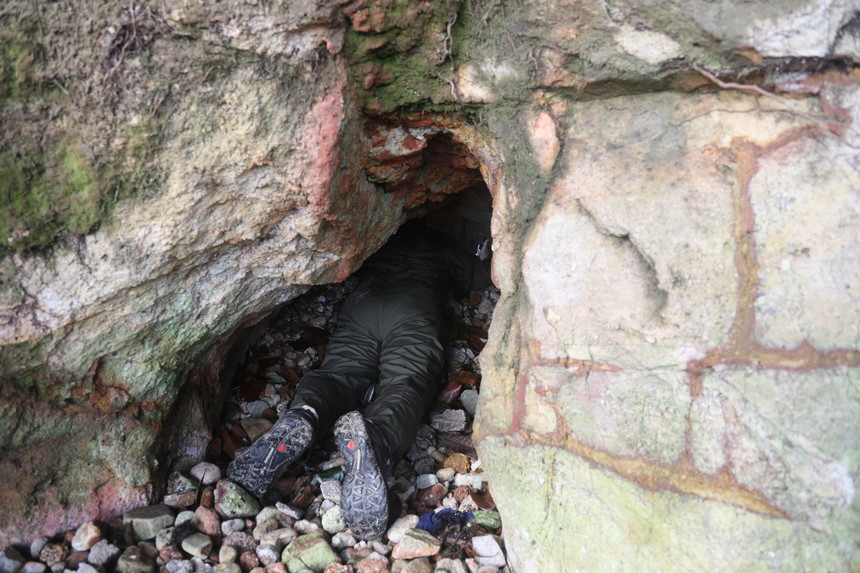 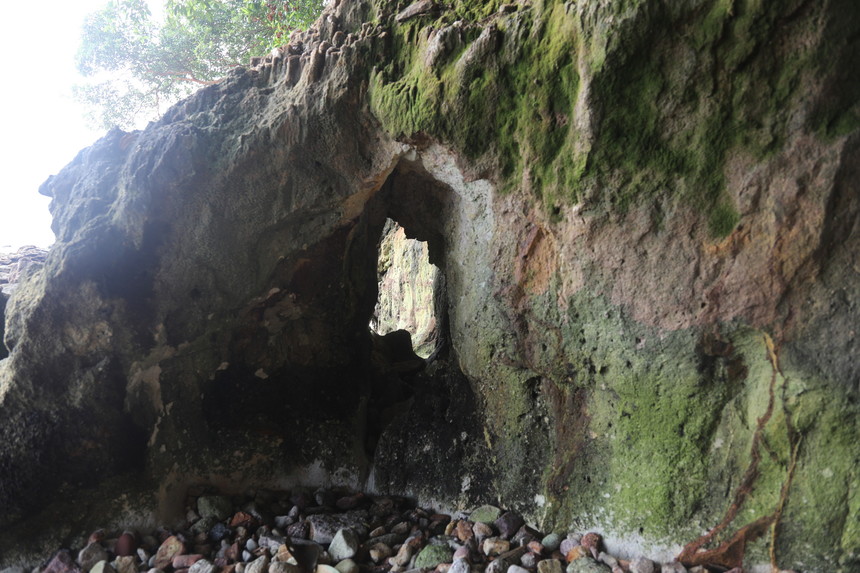 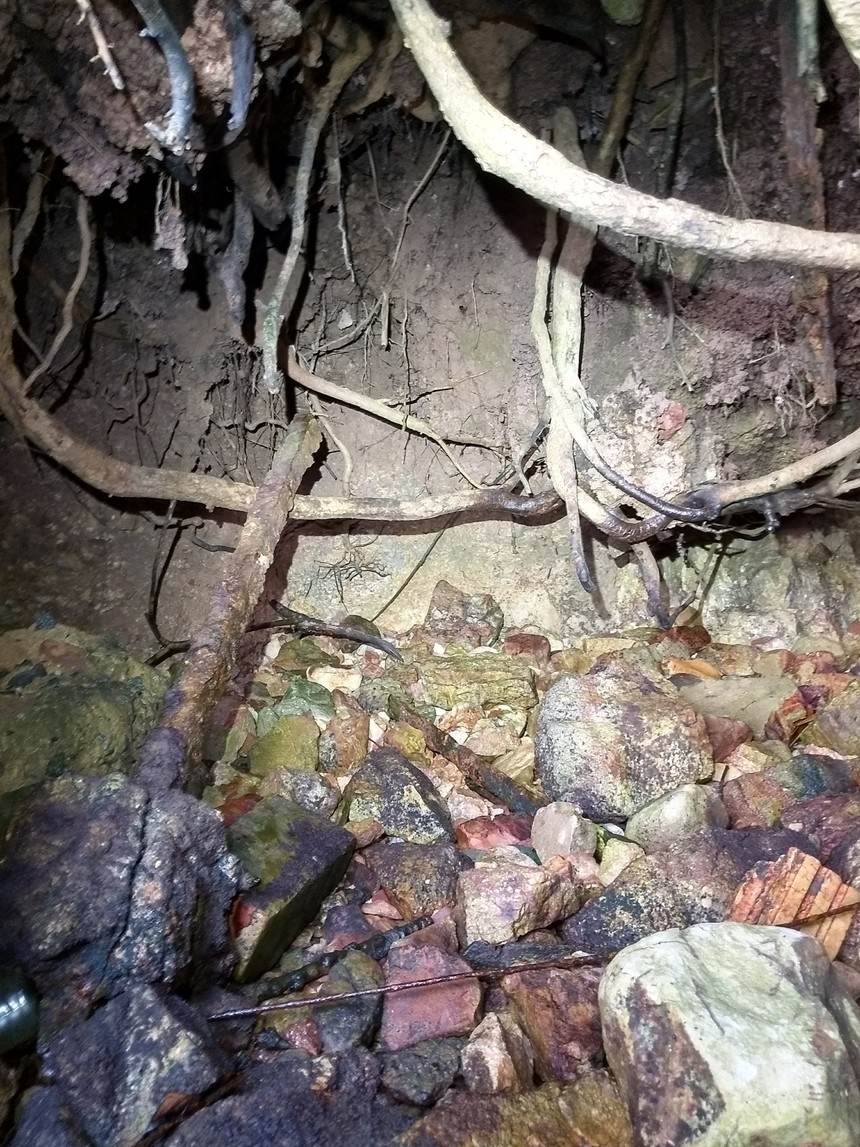 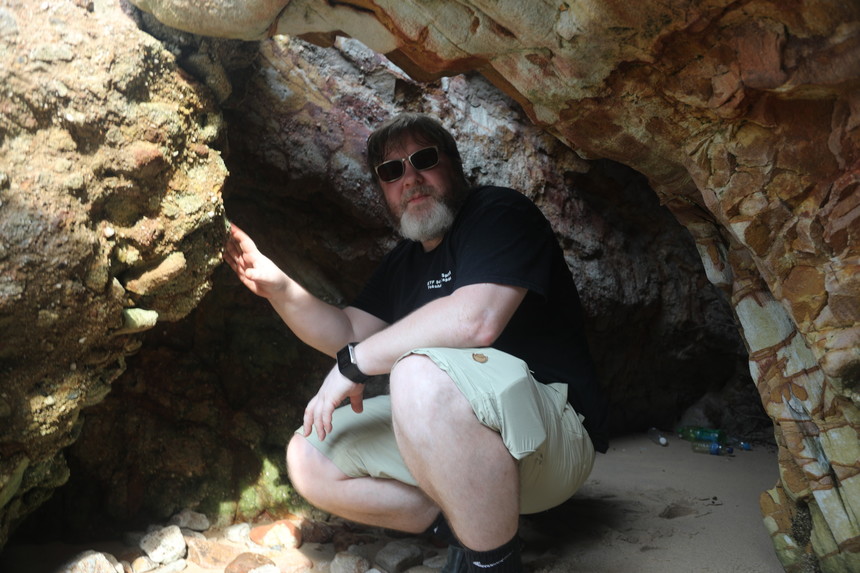 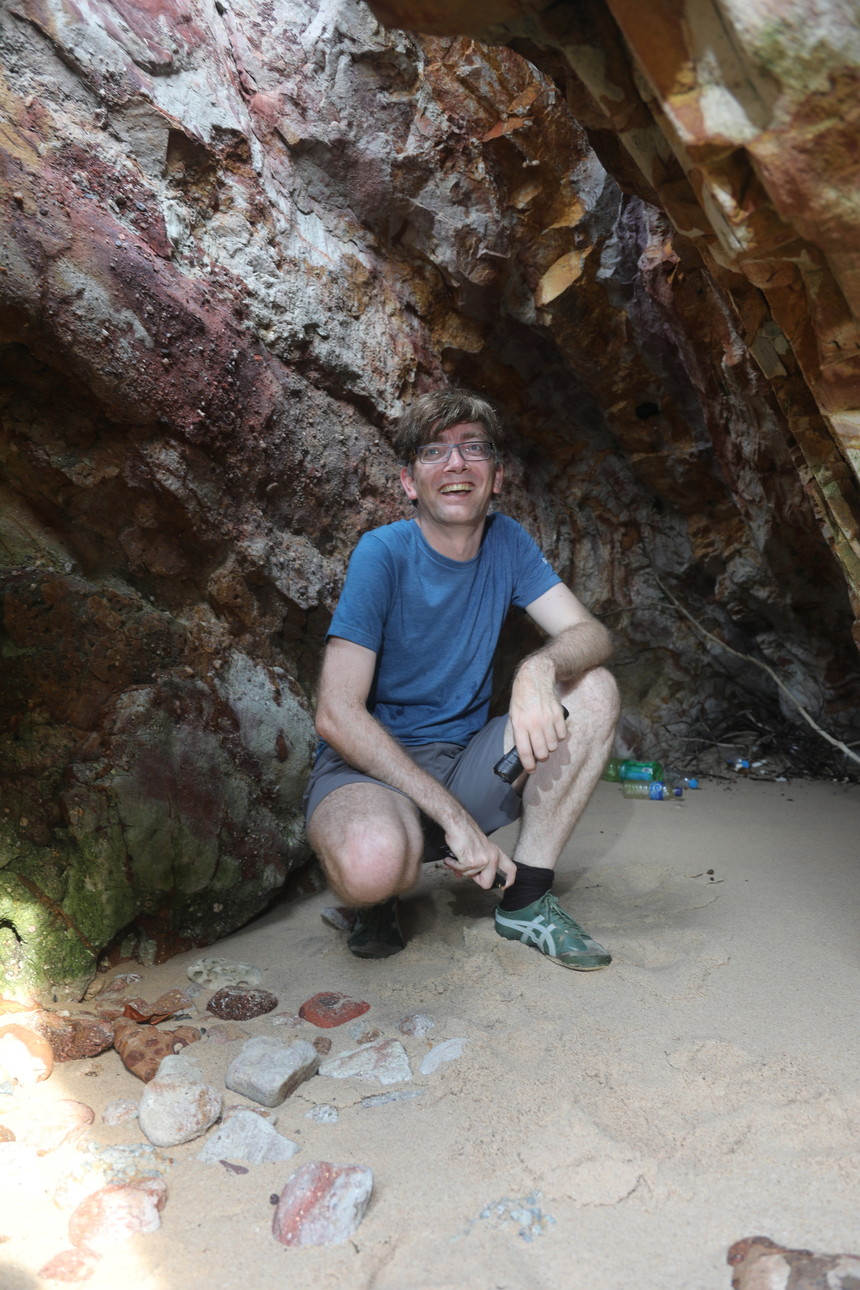 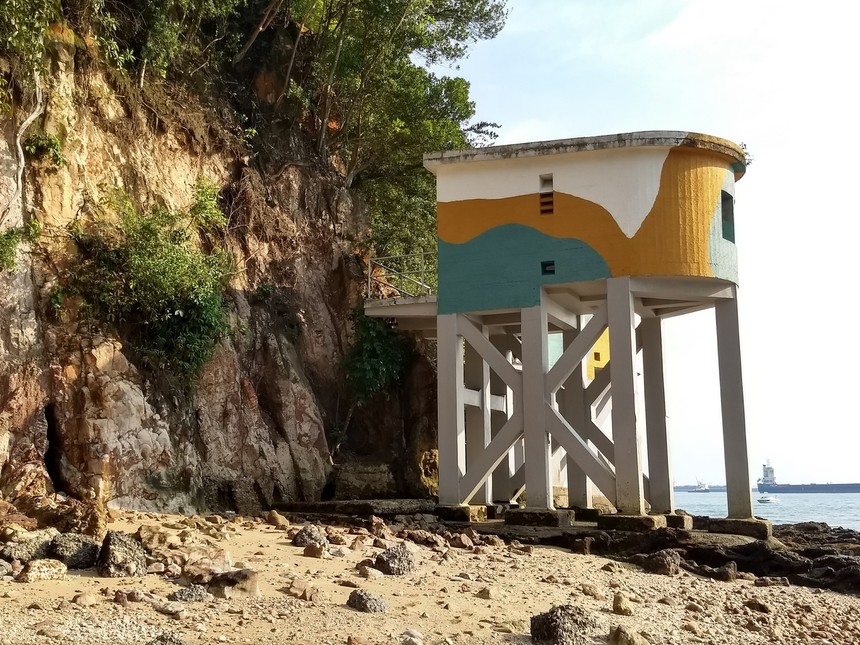 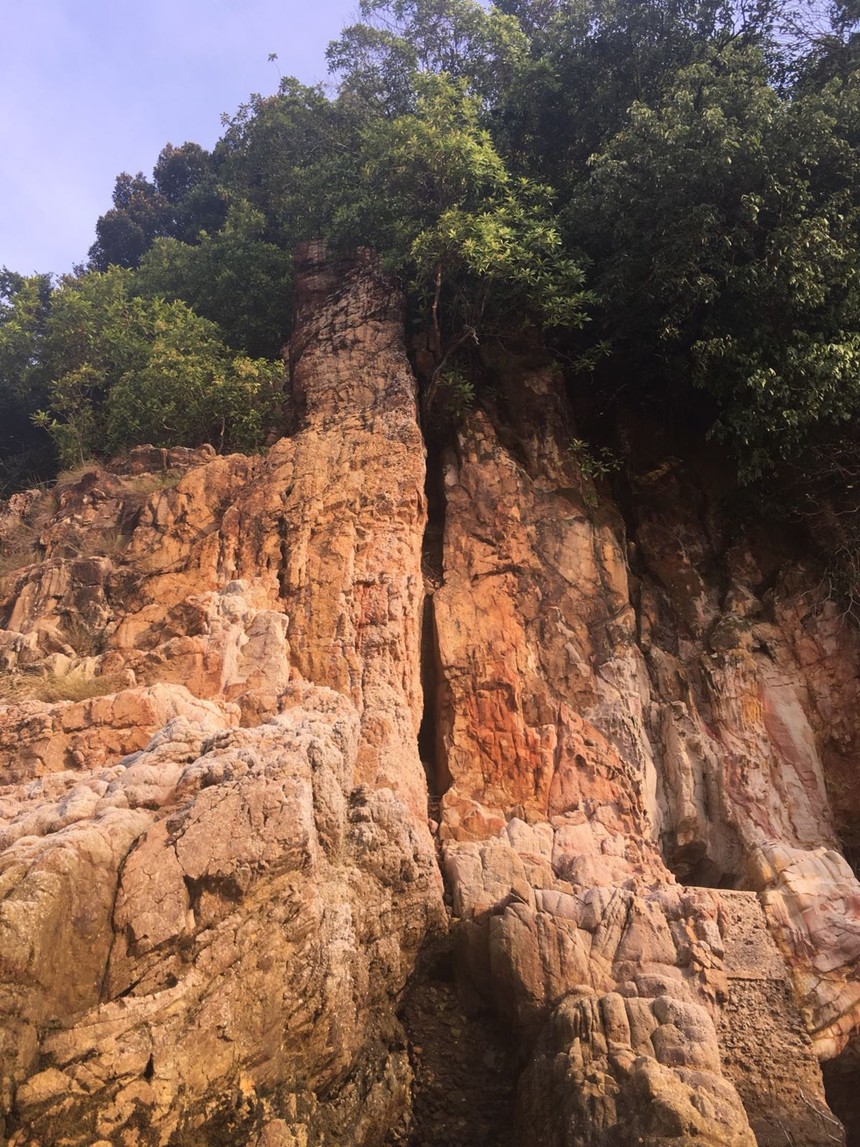 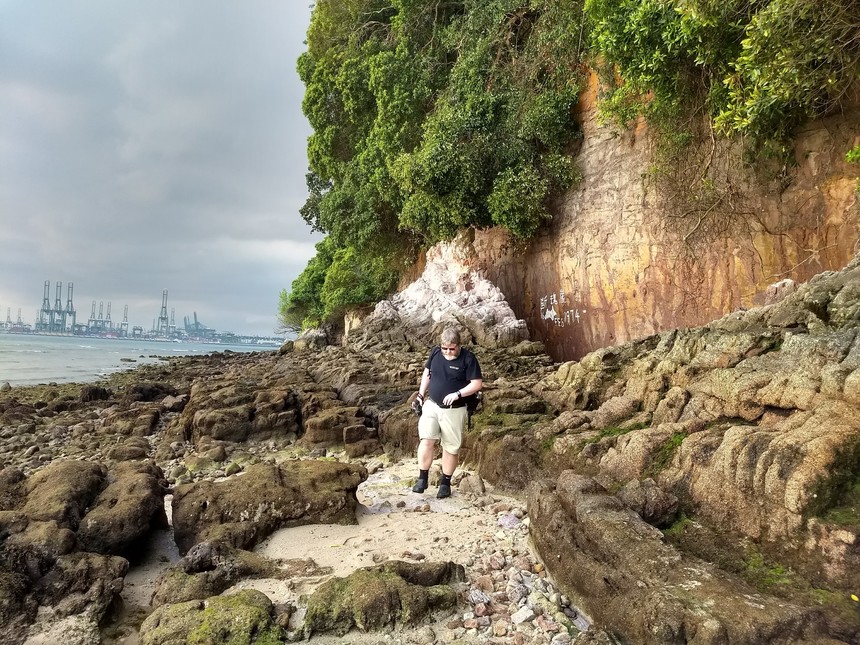 Photos and videos (c) 2017 by Tero Kivinen, Jari Arkko, Paul Wouters and . All rights reserved. The song "Time Passing By" by Audionautixis licensed under a Creative Commons Attribution license (https://creativecommons.org/licenses/by/4.0/).

This blog article has also been published at Blogspot. Tämä blogiartikkeli on julkaistu myös suomeksi Relaassa.

Marc-André Leclerc’s death in 2018 sent shockwaves through the climbing and greater action sports community. He was a visionary and an iconoclast who climbed solely for the love of the sport and his impact on climbing will be felt for many years to come. Prior to his passing, Marc-André had spotted an unclimbed route on the east face of the legendary Torre-Egger peak in the Southern Patagonian Icefield as he rapelled from a nearby route called Titanic. He made plans to climb this route with

French freediver Arnaud Jeraud just broke his own world record for deepest freedive at 120 meters at the prestigious Vertical Blue competition in the Bahamas. His 3 minute 34 second dive was done using bi-fins, a discipline he has specialized in. While the breath hold period might not actually be that long, it’s the crushing pressure of the 120-meter depth that really does it. Besides, the first thing that crossed my mind when watching this was “man…it’s so dark down