Editor's Note: With so much epic stuff going down in the surf every day, we were hard-pressed to narrow this list down to just five. Take a peek at some of our favorite moments from the water in 2019. 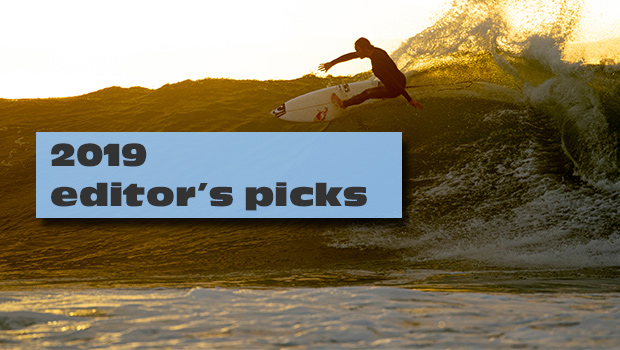 Last year, we were stoked to present our feature-length surf documentary Andy Irons: Kissed by God. It was a big moment for both TGR and the surf world, and we were proud to cement our voice in a world both vastly different and intimately similar to our familiar world in the mountains. This past year saw plenty of action in surfing, with waves being surfed both big (like Nazaré big) and small (like the Boise whitewater park). Of course, while we all can't get enough of run-ins with nature while on the water, we know that surfing is much more than sharks and beachfront fistfights. We'd also like to send our ongoing healing vibes to Sunny Garcia who is still in recovery after an attempt on his own life earlier this year.

Looking to the future, keep an eye out for upcoming TGR projects in the surf world. We won't divulge any details, but know there is more awesome work to come! 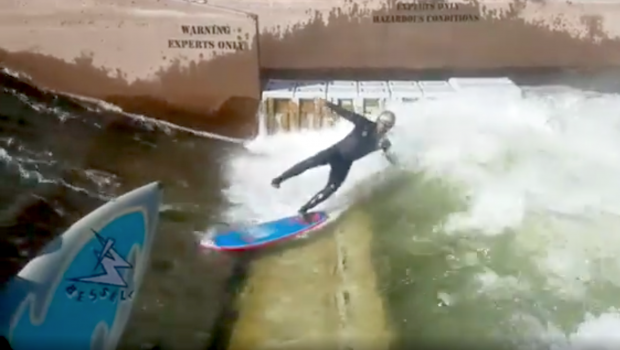 The Boise Whitewater Park is an excellent example of the cool things which can be done with repurposed dams. Engineers modified the existing Thurman Mill Diversion Dam to create an adjustable water feature which can accommodate river surfers or kayakers, depending on flow rates. 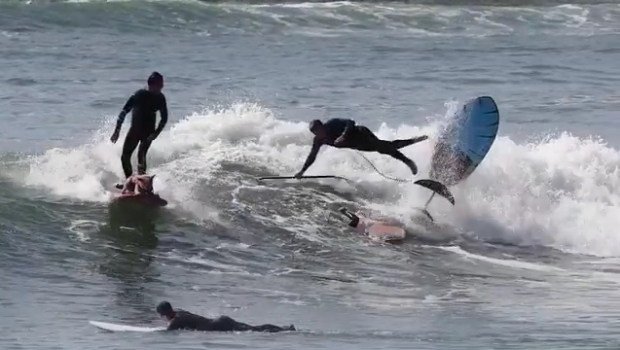 Stand-up foilboarding has been gaining in popularity over the past few years, and for good reason. There's something special about near-magically floating above the water while your fellow surfers wallow about. That being said, it is important to recognize that the magic carpet of the surf world has a large blade attached to the bottom. 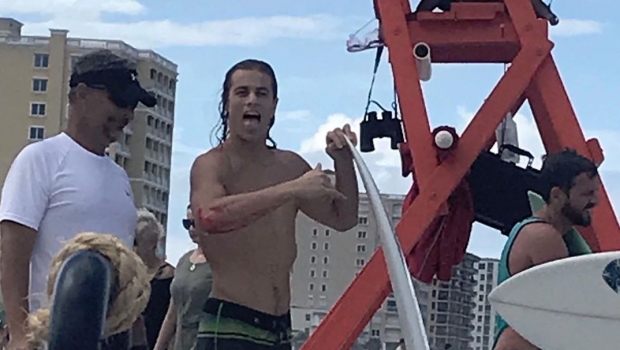 Professional surfer Frank O’Rourke was near Jacksonville Beach Pier in Florida when he was attacked by a shark. The attack, which only lasted around 30 seconds, was the craziest thing to ever happen in his life he told reporters days later. 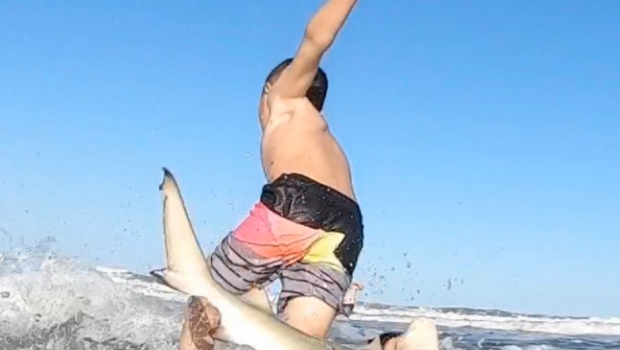 Sharks are scary enough when they stay in their underwater lane. There's something about the bloodthirsty prehistoric apex predators that inspires a level of primal fear, no matter how much certain models/pseudo-scientists might try and convince people that they're misunderstood, peaceful creatures. 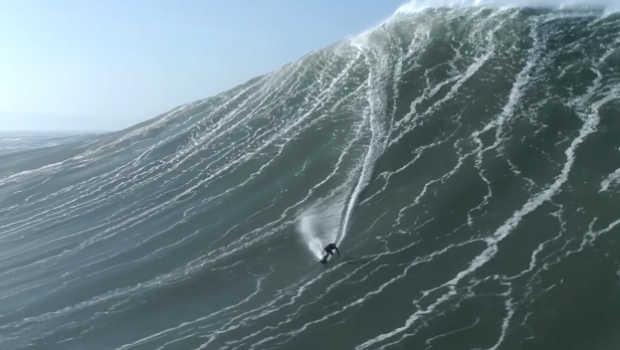 5. Drone Footage of Nazaré Reveals Just How Terrifying "Big Mama" Can Be

If you're looking for a quick way to get your heart rate up, you could do worse than this drone perspective of Sebastian Steudtner crushing a Nazaré bomb. Steudtner can be seen ripping down the face of a mountain made of seawater during the legendary January 18th swell that produced waves as big as 80 feet.

It all began five years ago with a young Bangladeshi surfer named Nasima Akter. In 2013, US filmmaker Heather Kessinger filmed a documentary called about Nasima out-surfing her male peers at a time in her life when most Bangladeshi girls are expected to be married and have children. She was only 18 at the time. RELATED: Russel Bierke’s Newest Edit, Flow State The movement to encourage young girls to surf has since expanded to include a new movie released on November 29th called ,

Even though Tahiti is about 10,000 miles away from mainland France, it's being seriously considered to host the surfing venue. Red Bull Content Pool. With surfing making its debut in the Olympics line up, the pressure is on the upcoming hosting cities to find an adequate venue. Considering that Paris is landlocked, everyone is curious where they’ll host the event. Last June, rumors started circulating that Teahupo’o was in the running as a contender since it’s technically a French