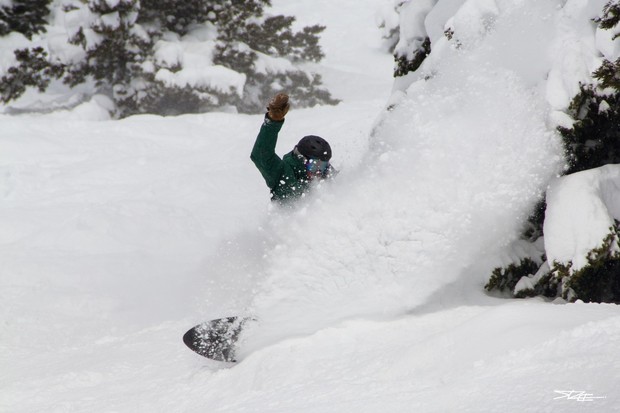 TGR's Jon Grinney, approving of life on the Soul Motion Goldfish, one of our favorite boards from the 2016 JH Pow Wow. Ryan Dee photo.

Last week, in the midst of an outrageous 41" storm cycle in the Tetons, TGR staff took a break from posting clickbait and hit the slopes to test all kinds of funky shapes at the 2016 JH Pow Wow, an awesome snowboard event put on by none other than Rob Kingwill. With a wild selection of funky shapes with swallowtails, squat noses, assymetrical sidecuts, narrow stances, and all kinds of alternative approaches to board design, it was an awesome peak into the wild possibilities for standing sideways in 2016.

Below you'll find some of our favorite shapes from the event. Check 'em out, look forward to next year, and thanks agin for having us out, Kinger! 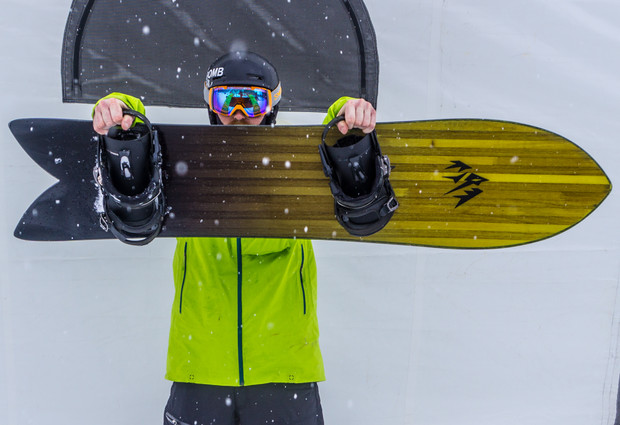 Stiff and short and with a contoured nose and swallowtail, the Jones Storm Chaser rode just like a surfboard. Alex Yoder photo.

The 3D nose of the Jones Storm Chaser allows for really smooth edge-to-edge turns in soft snow. Board seems to glide between turns and not the weight, unweight, weight experience of a normal board. Extremely quick between turns unlike other boards I tried. Floats great for a smaller board without the volume in the nose like the Soul Motion or Gentemstick. Stiff enough to feel stable going straight and on groomers. Very easy to ride with a surfy feel that still wants to go fast. Noticeable drive out of carving turns, with power pushing through the tail like fins do on a surfboard. The splitboard version next year should be a really cool option for backcountry surfers! 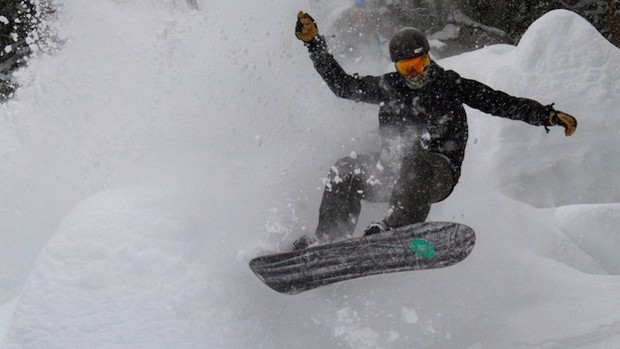 With the right combo of stiffness and pop, the Burton Branch Manager was playful while still remaining stable. Ryan Dee photo.

This Burton board surprised the hell out of me – I had more fun riding the Branch Manager than any other board this week. It's probably been a decade since I was last on a Burton – I don't have anything against them and I know they make some great boards, but I've been riding on the more core Jackson Hole brands like Illuminati, Lib, and Jones for a long time now.

I expected the Branch Manager to be pretty fun and heard some good things about it this week from other people, but it still blew me away: floaty and responsive in the deep stuff, super poppy and really fun to get airborne on, and able to lay down deep, elegant carves. The shape is fully pow-surf inspired, but retains enough of a rounded tail to make this a true daily-driver board. If I could only ride one snowboard for a whole season this just might be the one. 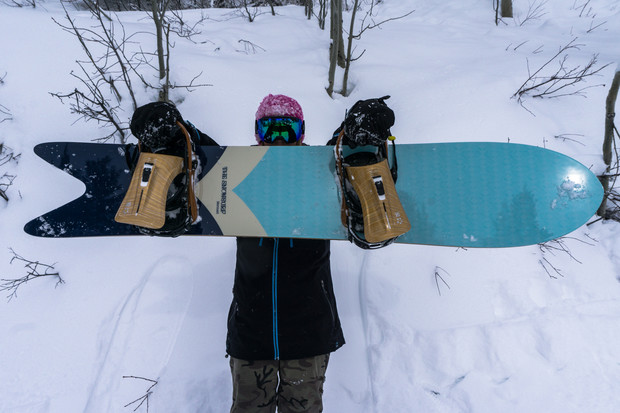 The Gentemstick Mermaid's generous swallowtail gave the board way more float than its sized would suggest. Ryan Dunfee photo.

The Gentemstick Mermaid kicked ass in literally every type of terrain I rode it through (and on this day, it was everything from powder to crud to fast groomers). It felt like twice its size in powder — the swallowtail allowing it to float over everything — and it was super responsive on the crud and hardpack. I loved being able to transition from smooth wide turns on the open slope to quick, deliberate zig zags in the tight trees. It even made the groomers more fun and surfy feeling, which I wasn't expecting. I didn't want to give it back! 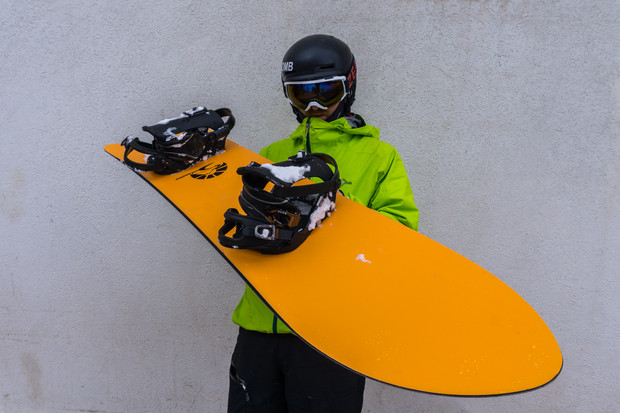 With a monstrous nose and setback stance, the Soul Motion Goldfish was outrageously fun in powder and tight trees. Tana Hoffman photo.

The Soul Motion Goldfish is a really awesome, stable, fast board yet with a short tail you can whip around easy. Unstoppable float in pow and huge stable nose. Tail definitely sunk with swallowtail and even more so, swiveled realy easily in tight trees. Felt much more comfortable riding tight terrain with more speed and whipping through trees with more confidence in my control of the board.  Giant volume in the nose and under the front foot provides stability at speed and eagerness to slay pow! 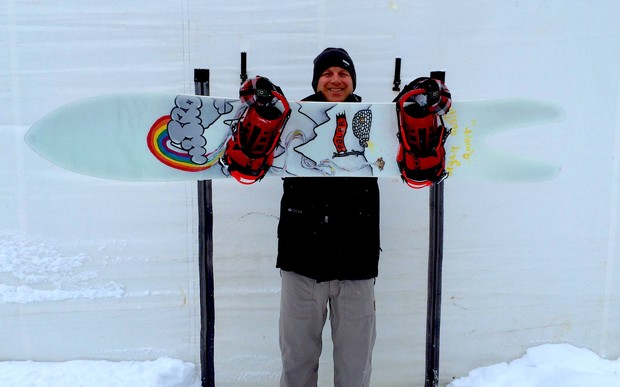 Long and with a big nose and giant swallowtail, the Nitro Cannon was "a joy" in pow. Photo courtesy of Robot Food.

The Nitro Cannon was an amazing powder board. The long nose and deep swallow made it a joy to ride in the pow. There was no worry about going over the nose. Even though the board is so long it ride like a 160. It was easily maneuverable in the trees even though it's super long.

Craig Kelly was unquestionably a legend, a pioneer, a masterful artist and above all an insightful and intuitive human who was lost too soon. January 21, 2016 marked the 13th year since Kelly passed away tragically in an avalanche guiding a backcountry mission near Revelstoke, BC, according to  Transworld Snowboarding. While inducting him into the U.S. Ski and Snowboard Hall of Fame in 2013, they said, "nobody ever, in the history of snowboarding has meant so much to so many people

Jackson Hole Mountain Resort is one of the first winter resorts in North America to respond to the COVID-19 pandemic with changes to their daily operations. With the health and safety of their guests, staff, and our community in mind "JHMR will be limiting the numbers on the Aerial Tram, Bridger Gondola and Sweetwater Gondola" as of today, according to their official blog and social channels. This comes one day after the announcement of the cancellation of the Rendezvous Spring Festival