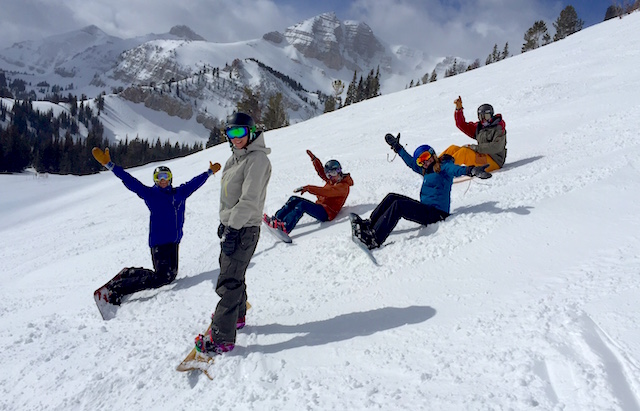 If everyone's smiling, no one has to wear a pack or worry about avalanches, and you're riding chairlifts, you're enjoying some Type I fun. Ryan Dunfee.

On a base level, everything you could ever do in the outdoors qualifies as fun. From bluebird pow days off the high-speed quad to grueling multi-day backpacking trips in the rain and sleet, it's all better than being at work, and thus fun. But do you know how to properly classify the type of fun you're about to embark on this weekend?

You may have overheard someone at the trailhead talking about some "Type II fun" and enduring some burly outing to bag a peak, so we here at TGR wanted to make sure you understood how to properly define the 3.5 types of fun so that you can properly describe your adventures to your parents or the person you're hitting on at the bar. 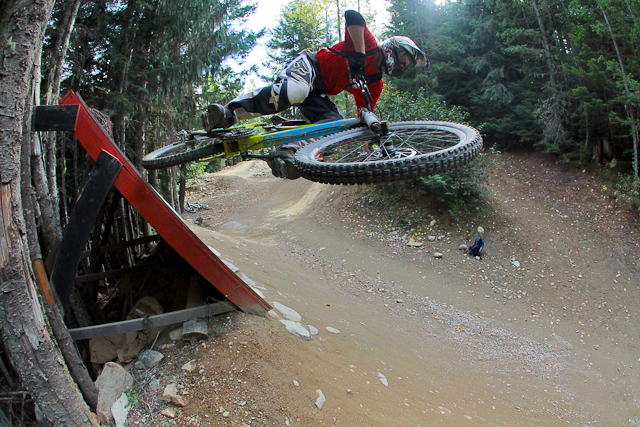 Dustin Mainland having himself some Type 1 fun in the Whistler Bike Park. Ryan Dunfee photo.

Explained: Type I fun is fun the entire time you're doing it. It never sucks, you're never glad it's over, and just want it to keep going on and on. 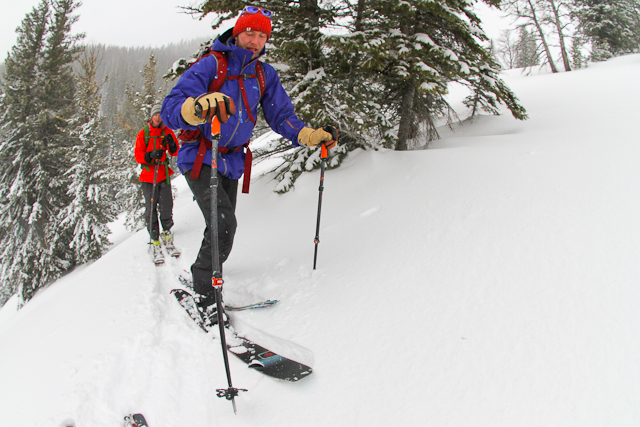 Explained: Usually unaccounted for in normal fun scales, Type 1.5 fun sucks at some juncture, usually at whatever point you have to climb, but kicks ass and is all smiles later on, usually on the descent. 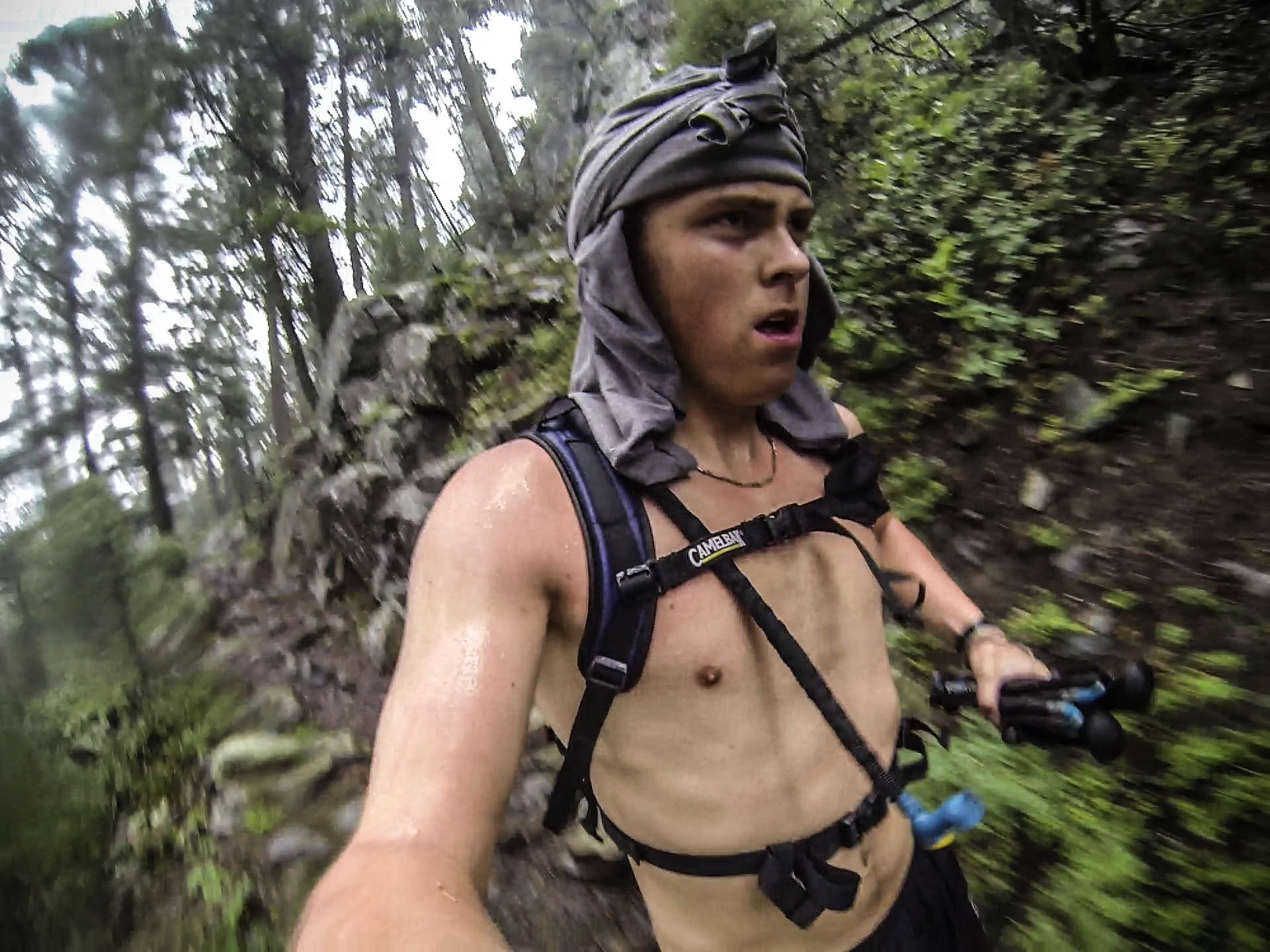 Former TGR intern Taylor Graham is also about the Type II fun. Here he is running 40 miles and 10,000 vertical feet in one day. Fun?

Explained: Type II fun sucks the entire time you are doing it, but you are excited to either brag about it at the bar later or look back on it and value it as a character-building episode. People in the Tetons love it for both reasons.

Eligible activities: Mountain running, randonee racing, Tough Mudders, ski mountaineering when all you get to ski is rotten snow and/or ice, hiking the Appalachian or Pacific Crest trails. For Teton locals, see The Grand Teton Picnic, in which participants bike 20 miles, swim 1.3 miles across Jenny Lake, hike 7,000 vertical feet to the top of the Grand Teton... then do the entire thing in reverse. 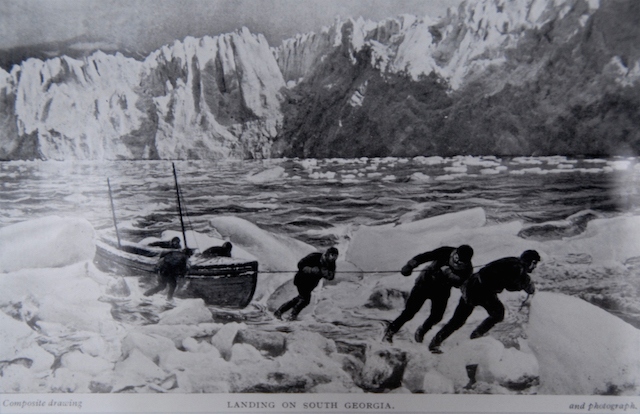 Ernest Shackleton practically invented Type III fun during his failed 1914 expedition to cross Antartica. Here, he and several members of his crew land the 20-foot rowboat they used to cross 720 miles of open ocean in 80-foot seas to reach the backside of an island that had a whaling station on it, portending a rescue. Unfortunately, they were on the wrong side, and had to cross 32 miles of glaciers, mountains, and ice that had never been mapped before, including a finish in a glacial creek, before reaching civilization. Serious Type III fun.

Explained: Type III fun is never fun while you're doing it, you often feel your life is threatened, certain doom is usually at hand, and half the time it ends in a harrowing rescue. Afterwards, you swear to never attempt anything similar ever again.

Eligible activities: Failed polar expeditions, Apollo 13, sailing around the world solo, anything described in a Jon Krakauer novel, what these guys did. well, pretty much anything lift-served

I think to remove and disable any lock you need to use FRP bypass apk as this application will help you to unlock your phone way easier than any other.

I’ve been trying to explain this spectrum to women I’ve dated in DC after leaving Colorado. Most of them don’t get it. Type 1.5 fun.

Local reference: swimming the Potomac. Type II fun, since you can brag about it once you’ve left the hospital and had your infections treated. #DCTypeII This is incomplete. There are no fewer than 6 types of fun.

In my opinion, till Type 1.5 fun is Ok. Those beyond that cannot be every mentioned as fun. They are so challenging ones and yes life-threatening ones which may take a high toll on us. Fun is something we do to keep ourselves in a light mood.
Luxury Knit Wholesale Fabrics

Thanks for the amazing and interesting post and effort ! Please keep sharing more such article.

I’ve really like your blog and inspire me in many ways.

Thanks for the amazing and interesting post and effort ... Please keep sharing more.
.
.
Everyone love your blog, please keep it up. You are just too good.
.
.
Basketball Stars Hack Cheats - Get unlimited Free Gold and Cash
.
.
.
Latest bingo blitz cheats unlimited coins and credits
.
.
,

The subsequent time I read a blog, I hope that it doesn’t disappoint me as a lot as this one. I imply, I do know it was my choice to learn, however I actually thought you’d have something attention-grabbing to say. All I hear is a bunch of whining about something that you could repair in the event you weren’t too busy in search of attention need for speed no limits mod apk unlimited Money and gold

Very cool must share with my friends. Must Visit

Paddy Kaye  Photo: Mark Warner     Paddy Kaye could be considered the Godfather of freeride trail building. He was the co-founder of the original "Joyride "which would eventually develop into Crankworx, the world's biggest MTB festival. He's been involved in creating most of the trails in the Whistler Bike Park, and has built custom trails for film and photo shoots as well as for biking destinations like Retallack Lodge.   LISTEN HERE         Joyride and Whistler