Cody Townsend had a doozy of a ski season, ticking off bucket-list ski descents all across the country for The Fifty Project. If you haven’t heard of it, The Fifty is a multi-year endeavor in which Cody is trying to climb and ski all fifty lines detailed in 50 Classic Ski Descents of North America. Along with his cinematographer and director Bjarne Salén, Cody spent last winter exploring an almost-unbelievable number of the continent’s premier ski-mountaineering objectives. One of those objectives was Meteorite Mountain, a 6,207-foot peak in Alaska’s Chugach Range. Tagging along for the type-II fun was none other than Jeremy Jones and a TGR production crew. 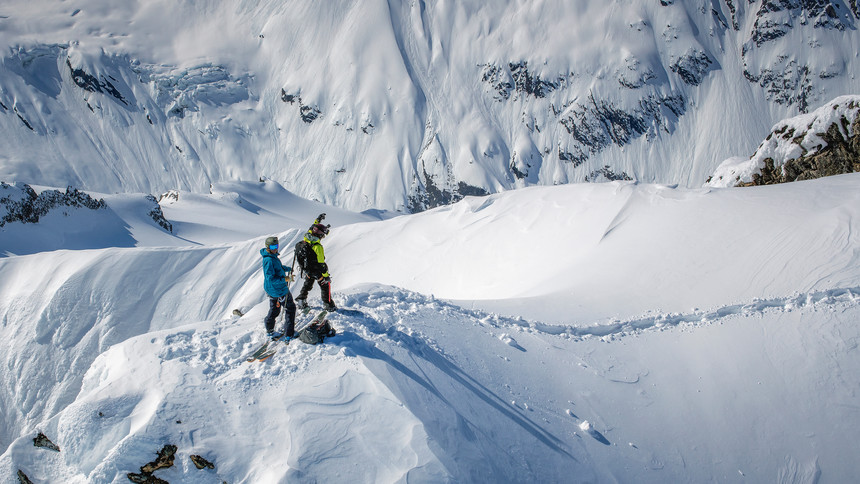 The dynamic duo atop their objective. Nic Alegre photo.

RELATED: Fabian Lentsch - Home is Where the Heart Is

TGR: So, where did you ski this season?

Cody: Well I tallied probably around 15k miles on my truck this winter, so all over North America. I went from France to BC for early season meetings and shoots with Salomon, then kicked off The Fifty with a line in Utah. From there, in sequence, I went to BC, Alberta, Washington, Alaska, California, Wyoming, Colorado, California, Alaska, back to Washington, and then ended the winter back in California.

TGR: Holy moly. With such a packed season, what made you decide to attempt Meteorite?

Cody: Cause it’s on the list! Heh. I mean, it is a bucket list line, which is why it’s in the book. But the reason I went this season was because I was in the TGR office in March, saw “Jeremy - Meteorite” scribbled on the whiteboard film schedule for the TGR film shoots, and immediately was like, “Can I go on that?” I talked to Jer, then the TGR crew, and then we got a miraculous late-season window and pulled the trigger. It was a very fortuitous chain of events.

TGR: Have you and Jeremy done a lot of riding together?

Cody: I actually have done a ton of riding with him over the years. He’s been a mentor in many ways to me and this felt like the culmination of his mentorship. It felt like I was finally skilled enough, knowledgeable enough and had enough experience to be on Jer’s level. Funny thing though, as I watched him absolutely shred the line to pieces, it did make me realize I still have more to learn from him. 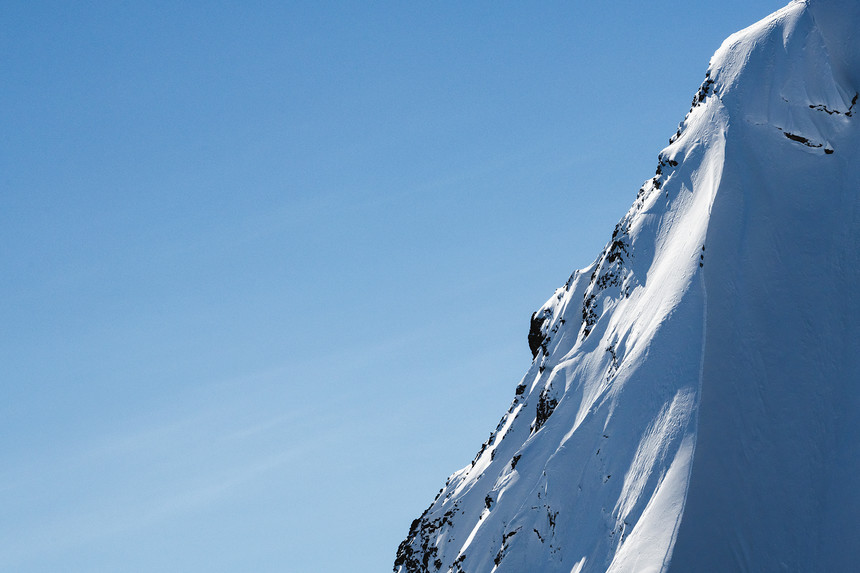 Cody: The ascent was an absolute slog, yet at the same time was filled with such good energy just because we were in such a spectacular place. The super early morning start, bushwhacking and slogging through thigh deep punch crust and powder was definitely strenuous but then as we got higher on the mountain, up on the steep exposed spine that dances on the edge of the world, we got filled with energy (and adrenaline) and were truly enjoying the hell out of it. It truly was an all-encompassing and worthy ascent.

TGR: How was the descent?

Cody: The descent was the cherry on top, of course. I’d say the snow was a little worse for me than it was for Jer, as I was struggling in thigh-deep wind-compacted pow that my skis couldn’t stay afloat on yet my tips kept wanting to rise to the surface. That being said, though, the ultra-steep rollover on top was so damn fun and made for some incredibly fun exposed and elbow-dragging turns. Plus, it felt like the line just kept going and going. It’s not a short face, that’s for sure.

TGR: What was it like to work with a bigger production team as opposed to the Cody & Bjarne show?

Cody: For the most part, it was not too much different than what I’ve been used to with The Fifty because the TGR cameras didn’t show up until we were at the bottom of the main climb. We almost had no interaction with the camera crew simply because they were in the GSS ship and posted up on opposing ridgelines . It kind of felt like the paparazzi had just flown into town or something. That being said, there is always added nerves when a heli is buzzing around you calling your drop. So that was a bit different. That being said, the final product is so much better than what just Bjarne and I could’ve captured, so I was quite stoked to have the high production value of TGR shooting the whole thing. Makes for a much better experience for the audience.

RELATED: Get Tickets for Winterland Here 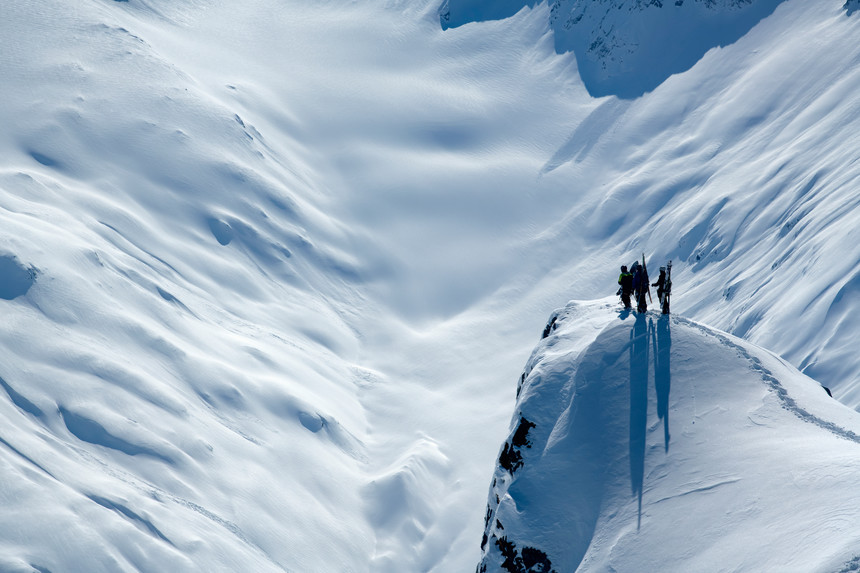 Can you guys see Russia from there? Nic Alegre photo.

TGR: In general, how would you compare Meteorite to the other objectives you've taken on this season?

Cody: It was probably the biggest and steepest line of the season for me. Sure, there were other lines with more vert and with factors like ice climbing thrown into the mix, but the complexity of the approach, the size of the bootpack, and the sheer steepness and exposure combined to make it a highlight of the year. But all in all, the crazy cool thing about this project is that I can’t say which one has been my favorite or the burliest or the hardest because they all present different challenges and rewards. Thanks to TGR for letting my little project be a part of your guys’ consistently rad scene. I felt honored to be able to share a bit of this project to a wider audience and hope everyone enjoys the flick and then the longer form version of our Meteorite mission (plus some other bonus AK content) in the movie I’ll release called Peak Obsession this fall.