It's been quite a year for Trevor Kennison. His performance at Kings and Queens of Corbet's might have rocketed him into the limelight, but that's not all he's got going on. He's training at the National Sports Center for the Disabled at Winter Park Ski Resort in Colorado with hopes of competing at the 2022 Winter Paralympics. Founded in 1970 by a Winter Park ski instructor, the NSCD today serves over 3,000 adults and children with disabilities. Since its founding, the NCSD has expanded to offer both summer and winter programs including rock climbing, kayaking, therapeutic horseback riding, snowboarding, snowshoeing, nordic skiing, and the alpine race team with which Trevor trains. We caught up with Trevor to learn more about his skiing and what he has planned for the upcoming season:

TGR: We've seen you throw down in the terrain park and in more big mountain-type scenarios. Which do you prefer?

Trevor: I love big mountain skiing, but it’s just harder to come across those opportunities. It’s so easy to go in the terrain park if it’s not a great day, just lap around in there, and it’s a lot easier to get footage. With big mountain you have to get a lot of things set up, but I absolutely love it—it’s one of my favorite things to do. I ski race as well, but after the Olympics I definitely want to full-on big mountain ski in AK or wherever I can go. 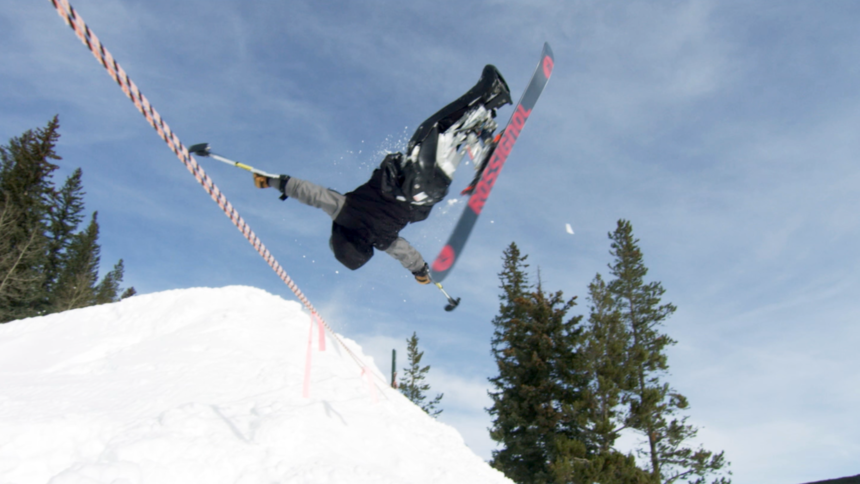 TGR: What sort of technical advancements in the sit-ski space have you been most excited about?

Trevor: Definitely the suspension. I want absolutely zero rebound on my shock, so that when I land I can stick to the ground. I broke my rib towards the end of the year because I was bouncing forward a lot, and I’ve since realized that having a steeper landing and a damper shock are both very helpful.

TGR: That backie was sick. Are there any new tricks you've got your eye on for the upcoming season?

Trevor: My plan for this season is to try and get out in the backcountry and hit some big jumps. I’m in a wheelchair so hiking doesn’t work, but I’m hoping to get the opportunity to go out on sleds and session a jump. This season I’m going to work towards a dub-seven, and I want to try a double backie over a road gap. I want to learn how to do backflips off cliffs, cornices, and keep pushing the sport. I definitely feel like powder is where most of my opportunities for progression are, at least right now. 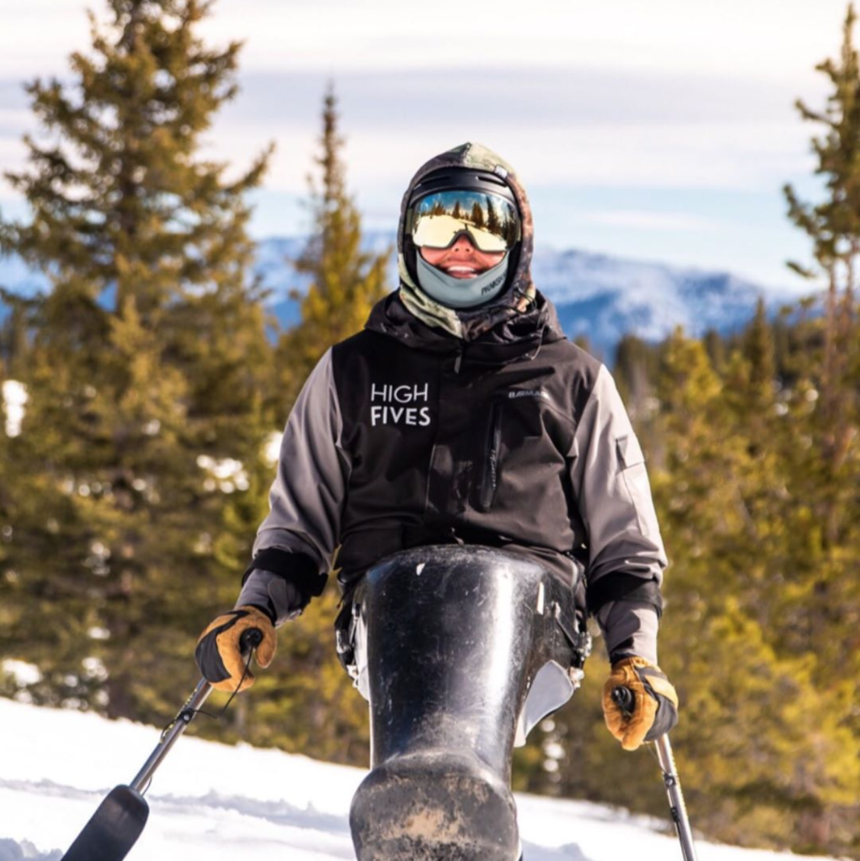 TGR: It's cool to see you and Birk Irving shred together.

Trevor: Yeah, I love Birk [laughs]. He’s the man, and such a sick skier too. This could happen to anyone, an average skier or a pro skier, and it’s really cool to have some of those guys who are at the top of their game come and hang. We can learn things from each other, and it’s been great to build our friendship around that.

TGR: What’s next for Trevor?

Trevor: I’m hoping to do a lot of filming. It’s been a dream of mine, and it’s something that I love to do. I just like to go out there and have a good time. Definitely got some big plans focusing on the backcountry— I've got a trip to Japan lined up, and I'm gonna head up to Jackson.

Trevor: For sure. I’m trying to get up there for a few weeks this season, do some filming there, drop some gnarly shit, and just get after it. Looking forward though, I’m just going to try and keep growing as an athlete and a person, progression is everything, so I’m going to keep working on what I’ve been doing.

Just because you are in a chair doesn’t mean you cant earn your turns in the backcountry. If you want to push the bounds of whats possible forget the sleds and start working for it. Other monoskiers been touring in AK in a self powered backcountry set up. Hauling their own gear and figuring out how to be truely independent.

Wow! For a person that has disability with his legs but still has passion for skiing is really inspiring. Amazing man.

Also if you ever come to San Jose, stop by nail spa shop

I’m impressed! For a person that has disability with his legs but still got passion for skiing is really inspiring. Amazing man.
Stop by auto body shop los angeles and pool and spa service if you have a chance.

I’m dazzled! For an individual that has inability with his legs yet got energy for skiing is truly rousing.
Regards,
https://www.solarpanelcostprice.com.au/

Skiing is tough, i would want to learn how to do it
super auto dent