Are you mentally prepared for winter? Do you find yourself daydreaming of windy chairlift rides and bottomless powder turns? Have you almost called in sick to work and flown to Colorado several times over the past week? If so, well done, and if not...get your head in the game, buddy! According to the fringe science of noetic theory, if we all think about snow enough it'll be a good winter. Or at least that's what I took away from The Lost Symbol by Dan Brown. Kind of a confusing book though.

RELATED: Have you ever heard of Kai Jones?

Anyways, whether you're suffering from a bad case of stoke deficiency or not, you should come watch one of our new films on tour. There are tons of upcoming stops on both the Roadless and Winterland tours: 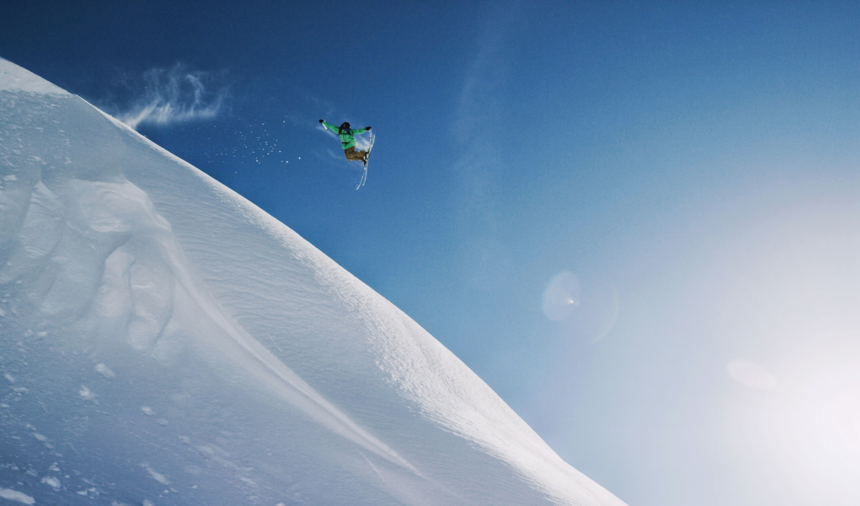 No, thank you. This video is a great reminder of how I never want to be caught in a bison stampede. It is unknown what caused this tsunami wave of fuzzy Prius-sized mammals to charge through the Yellowstone National Park traffic. My guess is that a middle-aged woman with an iPad spooked them while trying to get photos for family back home. Damn it, Karen, why can’t you just stay on the boardwalk?! Jokes aside, we’re glad that no one was hurt from this uncomfortably close wildlife

If we want to protect the places we love—our mountains, forests, deserts, or oceans—it starts by voting. Sounds simple, right? However, our track record isn’t too great: Thirty-five percent of 18-29-year-olds, who said they “definitely voted” in the 2014 midterm election, in fact, didn't actually vote. Yikes. We can do better this November and Protect Our Winters wants to make the process as easy as possible. RELATED: Make a Plan to Vote with Protect Our Winters Protect Our Winters’ Make A

With fresh snow atop the Tetons, we’re all getting stoked for the upcoming winter season. At this point, it should go without saying that this winter will be unlike anything we’ve ever experienced. JHMR just released an updated plan for their 20/21 winter operations. Most importantly, the Tram will run! There will be limited numbers on the mountain, but passholders will not have to make reservations. See below for the full letter. Dear Community, Passholders and Guests, Monday we saw a fresh