It all began five years ago with a young Bangladeshi surfer named Nasima Akter. In 2013, US filmmaker Heather Kessinger filmed a documentary called The Most Fearless: An Unexpected Surf Story about Nasima out-surfing her male peers at a time in her life when most Bangladeshi girls are expected to be married and have children. She was only 18 at the time.

The movement to encourage young girls to surf has since expanded to include a new movie released on November 29th called No Dorai, meaning “Not Afraid,” based loosely on Nasima’s trials in subverting her culture’s conservative grasp on the lives of young women in Bangladesh, formerly East Pakistan. Since the movie’s release, there has been strong backlash against the sentiment that women can be rid of religious traditions and forego marital norms to pursue more independent lives. 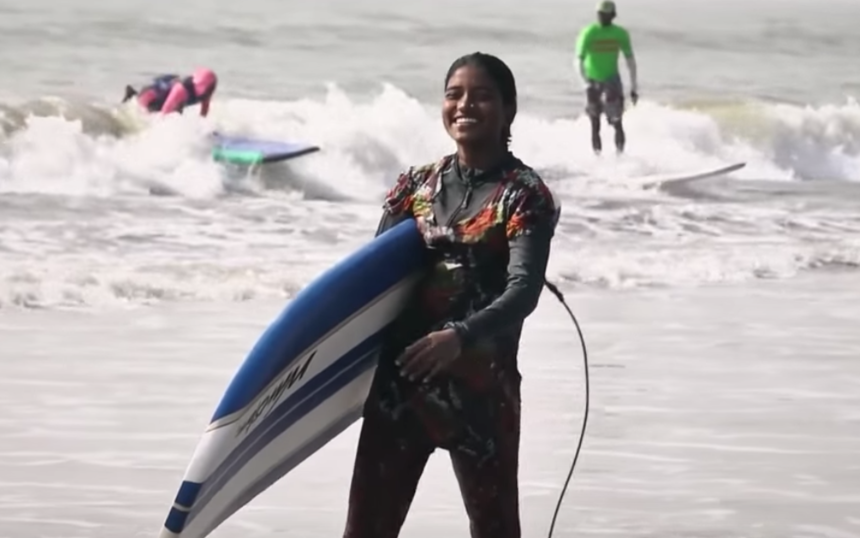 Nasima married at 16 in the hopes that other men would be less likely to mock a married woman for surfing, a typically male sport in Bangladesh. Brown Girl Surf photo.

The movie is facing a local ban as if a Bangladeshi high court decides that the film does indeed bypass “religious sentiments” in the largely Muslim country. However, if exempted from the ban, it will be the first film from Bangladesh that addresses not only female surfers but also gender discrimination and rampant poverty in general. The producers hope the film will inspire a new generation of female surfers in the years to come. 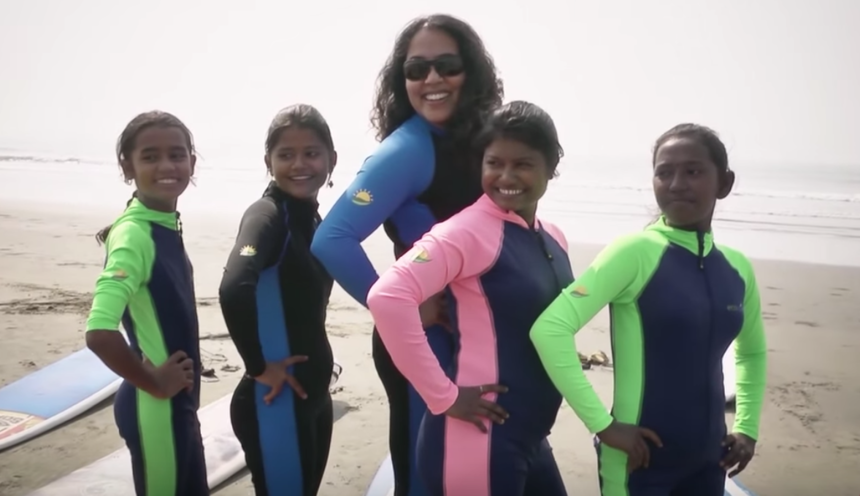 Going even farther than women in film, an organization called Brown Girl Surf has been more of an on-the-ground force directly encouraging and teaching girls in underserved areas or from largely conservative cultural backgrounds how to surf. Brown Girl Surf shares stories of female surfers from all around the world finding empowerment in the strength and independence needed to excel on the water.

Want to find the best casinos? Then click: http://lord-of-the-ocean-slot.com/

Even though Tahiti is about 10,000 miles away from mainland France, it's being seriously considered to host the surfing venue. Red Bull Content Pool. With surfing making its debut in the Olympics line up, the pressure is on the upcoming hosting cities to find an adequate venue. Considering that Paris is landlocked, everyone is curious where they’ll host the event. Last June, rumors started circulating that Teahupo’o was in the running as a contender since it’s technically a French

Oahu might be the location of a new wake pool park and attraction center like this one. Wikipedia photo. Brian Keaulana, a legend of Hawaiian big wave lore, is looking into developing a 19-acre plot on the western side of Oahu for a new wave pool and surf park. The announcement comes after the Hawaiian Community Development Authority authorized exploration for the project, which would be called the Honokea Surf Village. RELATED: Watch Glacial Surfing in Alaska The development’s wave