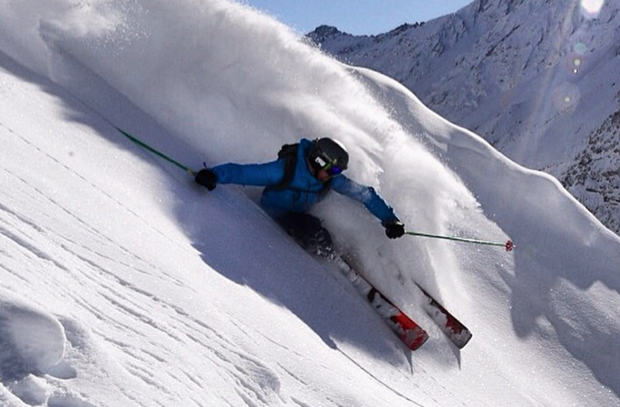 It happens every year. There you are, happily working, enjoying summer, sunshine, the seashore, tans, and while the way better season of winter is always in the back of your mind, you’re currently content with summer. Then some jackass goes ahead and posts some picture of another jackass shredding pow in the southern hemisphere. Followed by some irritating social media banter by people who are ‘heading there next week, #chile #snow #steepskiing #fun.’

Suddenly, the enjoyment of the warmer months disappears and you’re unhappy. It doesn’t matter if it’s a good season or a bad season because skiers are not good cheerleaders. It’s hard to be happy someone else is having fun in the snow. That is YOUR snow!

That said, despite the Andes being a massive range, there are not actually a lot of ski resorts in South America. A few are really, really rad, but the secret’s out, so also very crowded. You can hit up these safe spots, sure, or with little effort and adventuring you can be crushing some serious lines in lesser known spots.

RELATED: What Ski Town Should You Move to This Winter?

So if you can tear yourself away from the scene, and a) know, or b) willing to learn Spanish the Argentine way (lots of ‘zsah’ noises, plus insert the word ‘che’ into most sentences) and/or the Chilean way (mumble rapidly, only say parts of most words, invent slang on the spot, skip s’s, and put ‘po’ into every other sentence), the world of the Andes is that much better. You might just find your home for every summer for the rest of your life. Because summer is better when it is winter.

Head here if you... are a legend–or going to be one, real soon. You need a place that can hold up to your badassery. That place is Leñas, with lines in every direction that are so steep, aesthetic, perfect, and fun, every line of every day is like starring in your own ski movie, just the way it should be… albeit alongside every other gringo/a from Europe and North America who scraped up the pennies for a plane ticket.

You only wear–and ski only with people who wear–next year’s gear, but have less cash in your checking account than the retail value of your jacket. Nothing scares you, not even the main lift with the towers haphazardly sticking out of the cliff face kind of horizontally, and you are able to find humor in the fact that the ski area owns the entire valley and runs it like a tiny North Korea. 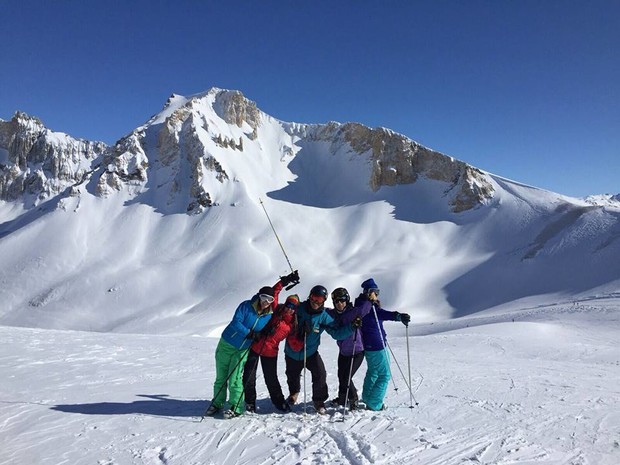 The skiing is so rad that you are stoked to live as an adult in a tiny room meant for four people but currently housing twelve skiers, but privacy isn’t really your priority. The room is only for storing ski boots anyway, because you don’t bother with sleeping. You ski Marte and the backcountry all day, then aprés, followed by a 15-minute nap and dinner (you’re cool with a diet of mostly meat and bread, with the occasional addition of expensive, bruised, semi-rotten vegetables that look like they traveled from Panama by mule train).

In between shredding gnar and eating meat out of a flaming barrel, you light up the disco until 6 am, at which point you don your backcountry gear and skin up Adrenalina in gale force winds before the lifts open, which may or may not actually happen each day. 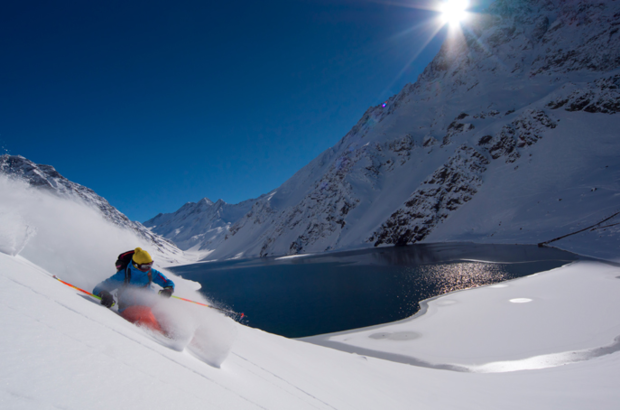 Head here if you... don’t deal with rabid hordes or powder frenzies. You are comfortable hobnobbing with a genteel, international skier jet-set at cocktail hour in a big, isolated yellow hotel, and in fact you brought some outfits and Dale of Norway sweaters for this purpose. Hugely in your favor, most of the skier crowd here doesn’t know what freeride is, or can’t do it.

RELATED: The Ten Types of People You Meet in a Ski Town

In the daylight, your cocktailing friends shuss groomers while you cherry-pick amazing couloirs and massive lines above the lake–and if the lake is frozen, said options multiply by a lot. Sure, ski racing and groomers are king here at this yellow, frozen cruise ship of a resort, with everyone told to act nicely and more or less where and when and what to eat, but you’re a happy captive–even while renting a tiny space you can barely turn around in, in an outlying building that the resort rather thoughtfully set aside for people like you who didn't consider adding the helicopter transfer from Santiago International to the hotel in your itinerary. 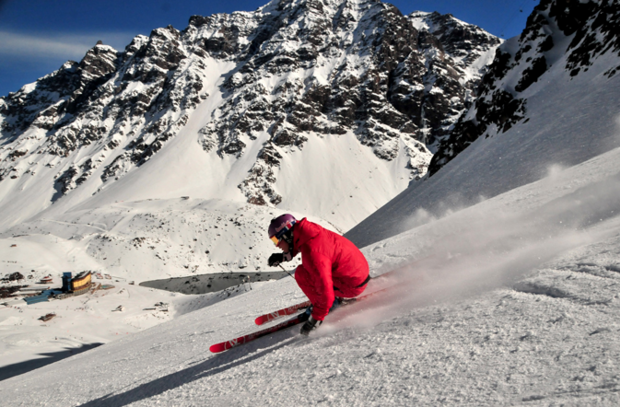 Slashing a turn above the lake. Ski Portillo photo.

This scheduled coddling really means one thing: all you need to think about while sipping pisco sours in sophisticated company at the elegant bar is which empty, rad, big mountain lines you’ll have all to yourself tomorrow, while your friends at Leñas froth at the mouth, step on skis and throw elbows while waiting at the base of the Marte chair.

A playground for any skier. Nevados de Chillan photo.

Head here if you... need culture, trees, and a real ski town for crying out loud! A place that’s just an isolated cluster of hotels in the Andes, no matter how amazing the skiing, partying and schmoozing, gets old.  For a complete season, you need a regular style ski town, where people wear beat-up gear, and shred for fun, sometimes even without putting up an Instagram. 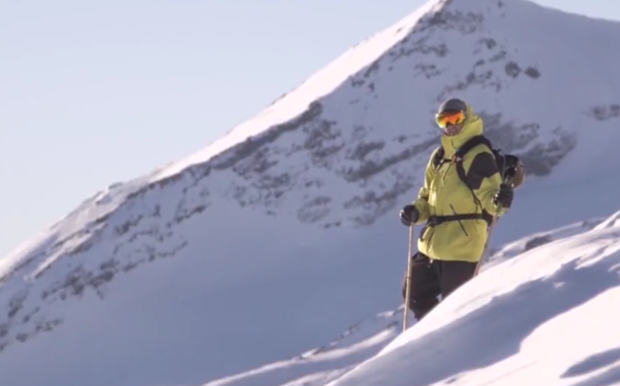 You want a normal mountain town, only in Chile and with a big, awesome mountain right above it. With a special bar that from time to time is the rowdiest bar you’ve ever seen, with literally the most popular shot ski on the whole planet (in fact, don’t go there unless you’re super sure it’ll be a down day tomorrow). It has a little store, and hot springs, and not too many Brazilians (yet). And, it dumps, often. 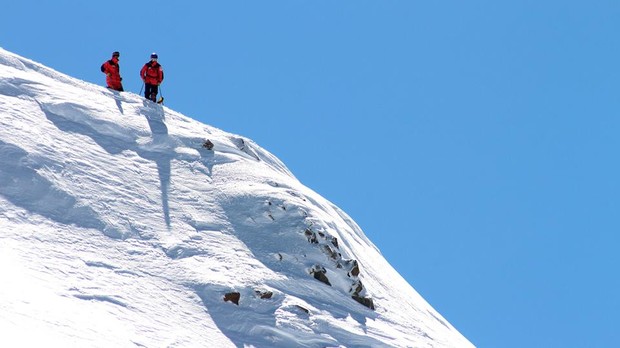 The debate before you get sendy. La Hoya Centro de Ski photo.

Head here if you... like beer, uncrowded skiing, and country people. You also might really lose it if you have to drink any more watery, chemical-y Quilmes or Andes beers, share a ski line with another Euro or American freerider. You left the usual gringo ski spots with only your gear and handful of bus tickets, until you found the paradise of Esquel, Argentina. This summer resort town surrounded by vast offerings for big, exciting ski touring. 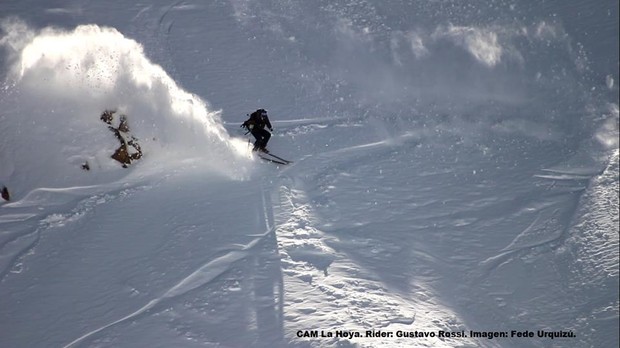 The place happens to have a micro-brewery, Esquel Cerveceria Artesanal, that makes delicious beer! It also has a cute little ski hill. You can ski inbounds, or hike little powder laps, or drop in to some of the best roadside skiing you are not really going to tell anyone about, or else they might show up with helmet cams and the stupid hashtags. Luckily, the ski hill infrastructure is tiny, it is hard to get around, and the police really like to search the occupants of incoming busses late at night in the bus station... thoroughly. 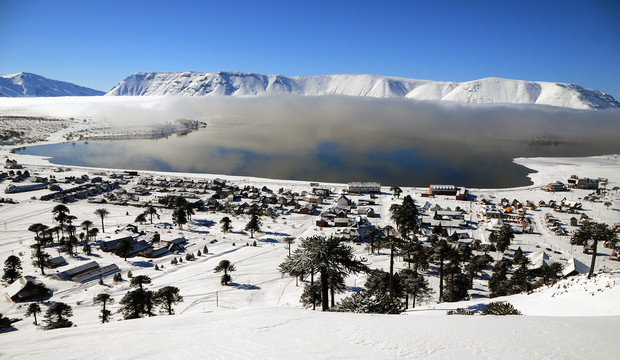 Head here if you... are, or want to be, a French kite skier. Or perhaps you just wanted to come to a teeny tiny ski town that is seriously in the middle of nowhere, even by local standards. You want to get far way from discos, but still have an outside supply of Fernet to drink at a town bar. And you want to be among the real mountain people of Argentina, not a bunch of porteños on a six day holiday from Buenos Aires.

Also, you want to be near a few of the approximately five rentable snowmobiles in South America. You want somewhere that is still seriously cheap, in case you want to stay for four months, and you’re still kind of confused as to what social media is. You plan to enjoy your mornings with toast and jam, leisurely, before calmly selecting several satisfying ski lines for the day, to which you will skin, sled, or kite to.

But, after a couple of months, when you really start to miss your cat, it’s probably time to head back to Glacier. 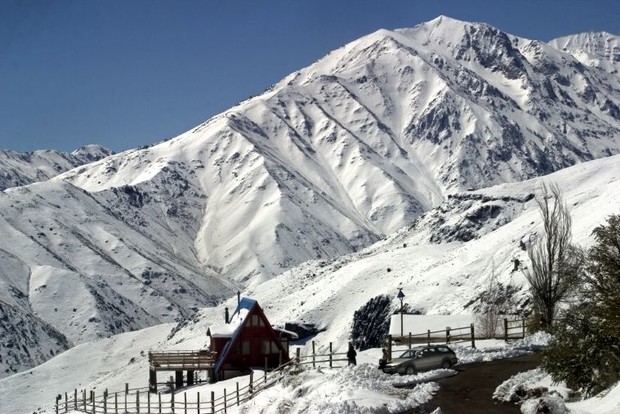 Head here if you... want the best of both worlds. You chose the tiny ski town at the top of a long hideous road, with rusting hulks of cars below each of the dozens of poorly engineered switchbacks, because you’re more sophisticated than just snow and ice and rock and all night discos in the middle of nowhere! About 8,000 feet directly down the fall line (thanks switchbacks!) is Chile’s capital, the massive, bustling, grimy and glittery city of Santiago. 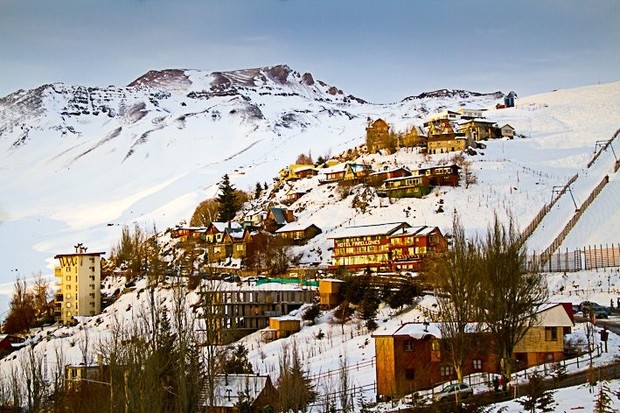 Not a bad place to call home for a couple of months. VisitChile.com photo.

You’re super rad in the mountains, so here you are posted up in the village of Farellones, with lift and tour access to some under-the-radar gnar. It’s not the most popular ski spot for the North American crew, but that’s fine with you–you are not here to hang with other gringos. Aside from the small but rad local Chilean skier crew, everyone else here sucks, so you have road laps and couloirs all to yourself. All day. And then, you’re so awesome you’ll just paraglide down to the city and go to a real disco all night, since it’s safer than the road anyway. 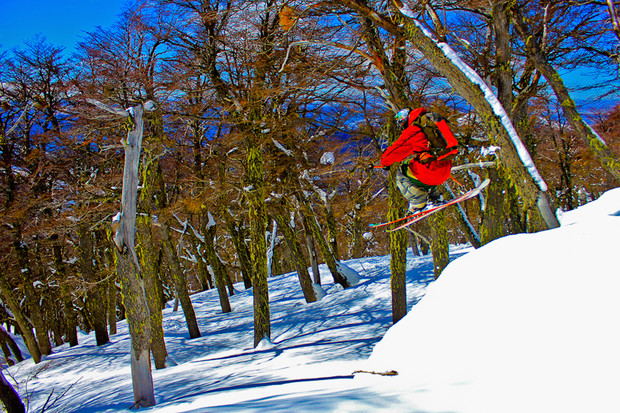 Head here if you... want to be an expat skier, but long term; not this seasonal crap. You’d try France, but the ego you’d have to develop seems like a lot of work. Something more laid back is your style, but also a place where you can fit right in with what everyone back in the U.S. thinks are homicidal driving habits. 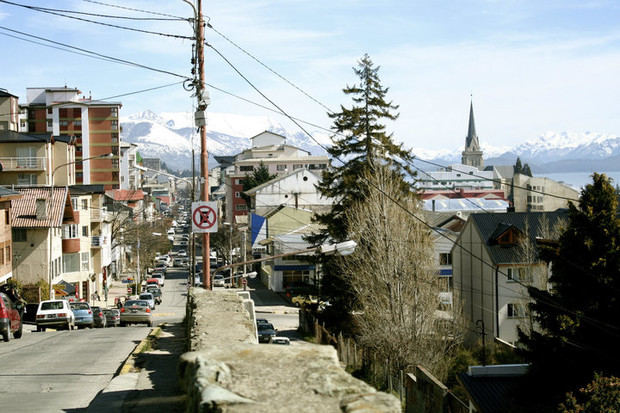 You can subsist entirely on meat, red wine, chocolate, the world’s most incredible ice cream, and microbrews from La Cruz every now and then. Your fairy tale life has cute Swiss and German alpine architecture (via decades of immigration, not a marketing gimmick) everywhere, bohemian people, a massive lake, world class climbing, skiing, and a whole bunch of other totally laid back, super sick athletes who couldn’t muster the energy to develop a big ego either, so they stayed here, too.