At about 1:40 p.m. on 15 April the Summit County Rescue Group (SCRG) was notified of a skier triggered avalanche on Red...

A skier was caught and killed in an avalanche on Red Mountain outside of Silverthorne, Colorado on Wednesday afternoon. The small avalanche occurred in a couloir on the north side of the peak, involving a party of three. One skier was caught and flushed 1800 feet down the line, succumbing to trauma injuries. The Summit County Rescue Group’s recovery efforts are still ongoing due to severe weather and unstable avalanche conditions in the area.

Three skiers had ascended Red Mountain from the southeast side and spent a short time on the summit before initiating their descent. The trio was at the upper portion of their planned path when a shallow avalanche broke at the location of the uphill skier, who was not caught in the ensuing slide. The other two skiers were knocked down. One slid only a short distance and managed to roll back over onto his skis and right himself. The third member was carried approximately 1800 feet and sustained fatal injuries. 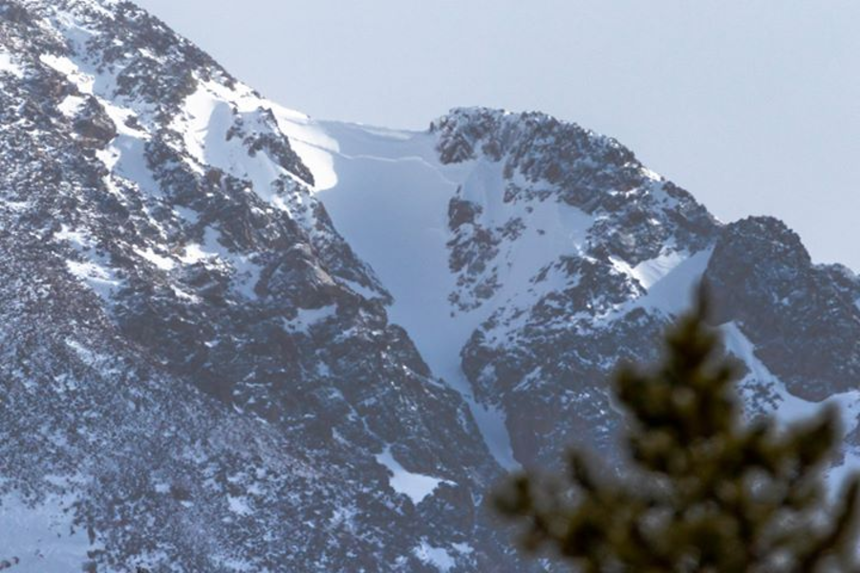 A look at the avalanche from the valley floor. CAIC photo.