It has been reported that the slide(s) occurred in the resort's Wardner Peak area, one of the mountain's steepest zones, much of which was closed on the 7th. 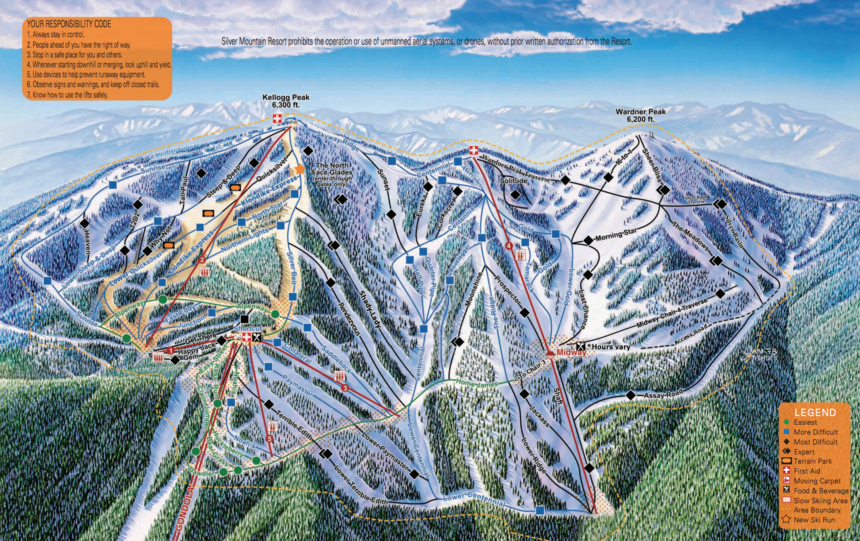 The ski resort at which the slide occurred. Silver Mountain map.

Last weekend, Hawaii's first (and possibly only) snowfall of the year dropped around two feet of snow atop the Big Island's tallest volcano, Mauna Kea. The snow, which was blown into drifts up to eight feet tall in places, closed public access to the summit, which is normally accessible by road. RELATED: Jackson Hole Smashes January Snowfall Records Luckily, the road has been cleared, and the summit is again open to the public. Those planning on heading up should be aware, however,

Whether you have been on a NOLS course recently or just prefer to spend lots of time in nature, we’ve all heard the pleas for Leave No Trace ethics (LNT), especially when it comes to delicate or endangered landscapes, flora, and fauna. For two young men, either these messages were not yet familiar or had not been driven home in full when they trespassed on Yellowstone National Park’s Old Faithful geyser back in September. RELATED: Man Jailed For Walking Accross Famous Yellowstone Spring