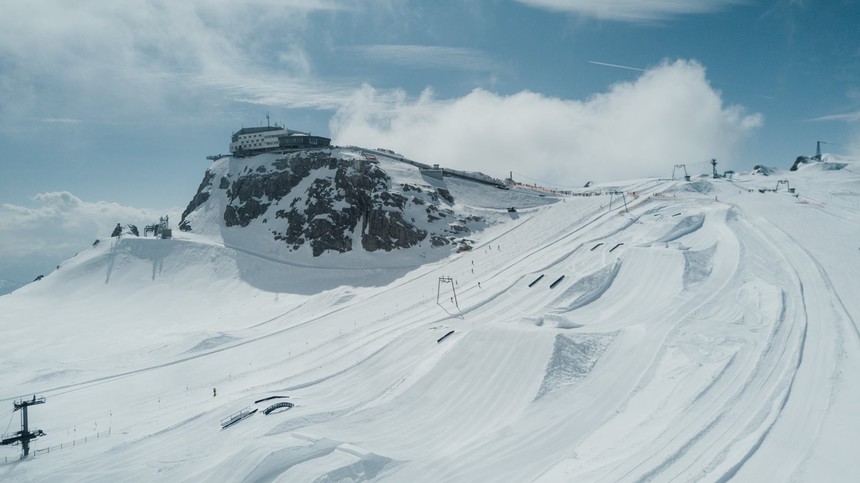 Remember a few weeks ago, when Whistler’s Camp of Champions announced a permanent closure due to lack of snow? Well, Austria’s Superpark Dachstein, a staple of the European park scene, has announced its closure for the same reasons. The glacier-based ski op offered year-round skiing for 15 years and hosted many memorable events such as the Superstar Sessions.

From the operators of the park:

“After many great years of Superpark on the Dachstein glacier, we’ve heavy-heartedly decided that we will not rebuild Dachstein Superpark in the upcoming fall. One important reason is the increasing glacial retreat in the park area. It is definitely unjustifiable that we were already forced to damage the glacial ice sheet during the build-up. It’s the dictate of the moment to preserve the glacial substance. We ask you to understand the justified criticism of environmentalists. We most cordially thank all our loyal guests. Needless to say, we will again put all our force and dedication into Superpark Planai.”

It’s a sad day to see yet another staple of the ski and snowboard community forced to close due to climate-related issues. So sad : (  My plan was to start taking my 9 yr. old to Camp of Champions starting this summer, while I biked Whistler.  I was hoping to start a new annual tradition for him since we love Whistler. It really always hurt me to the core to see/hear of climate change effects, but a new level (low) has been reached recently and the only encouragement I get is from the courage of some at the State level deciding to stay committed to doing what is needed to continue the fight.