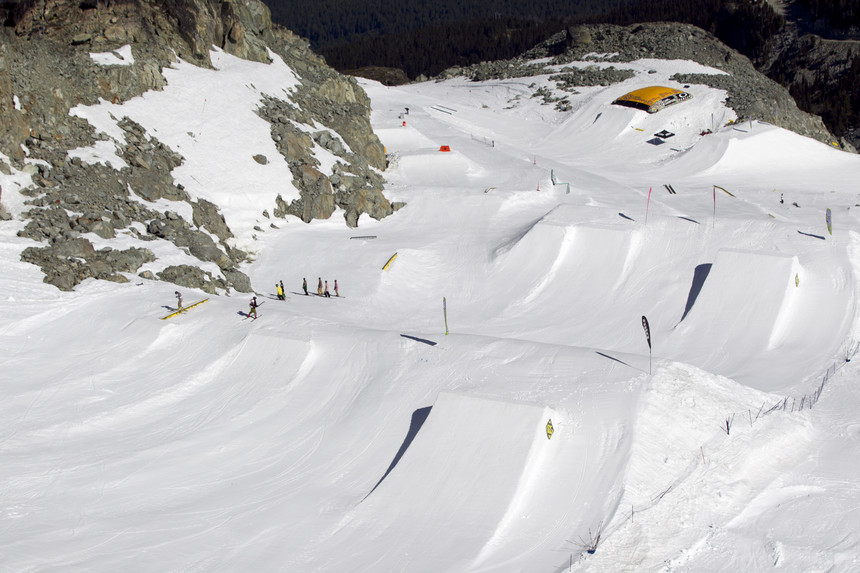 A staple of the summer ski and snowboard camp scene, Whistler Blackcomb’s Camp of Champions (COC) announced that it will not run its program this season. Citing lack of a solid snowpack on the Hortsman Glacier, COC’s owner and founder Ken Achenbach decided he could not fulfill his promise of providing a world-class terrain park to his campers, and made the call to close the camp.

The camp will file for bankruptcy and issue a full refund to all campers who signed up for this season.

While Whistler may have gotten tons of snow this year, the long and cold winter created a snowpack full of air, without the dense, wet snow needed to build the jumps and other features the summer camp wanted to provide to its campers. Even the droughts of the past two years have provided more snow for the park crew to work with.

Camp of Champions started in 1989, when the glacier was nearly 35 feet deeper than it is today. Since then, it has hosted some of the world’s best pro skiers and many generations of groms to push their skills to new levels. Campers came back year after year to ski and learn from their favorite coaches, and embraced the multi-generational experience Achenbach strived to provide.

Over the past few seasons, the glacier started retreating more rapidly, leaving less and less snow to build features and safely run the T-bar servicing the park.

This morning, Achenbach issued a heartfelt apology letter, explaining his motivations to make the choice to close. Read it here.

I call bullshit on this. I was at whistler yesterday and the word from ski patrol was more terrain than ever would be open this summer. 2 weeks ago at mountain closing mid mountain terrain parks were fully open with all air featured performing perfectly. Sounds like more to this bankruptcy than snow conditions.

The questions checked with the folding fan icon willno longer be displayed when you press Next or Previous buttons. download videos If you are not a current Clone Zone subscriber, visit Cyclones.

Washington State’s Department of Natural Resources announced that it is closing all recreational and public access to DNR-managed lands in eastern part of the state due to the ongoing drought and resulting extreme fire danger. The rule goes into effect July 23, 2021 and will last until fire conditions improve. The entire state is currently under a fire ban, and in case you’ve been outside in much of the country in the last few days, you’ll have noticed wildfire smoke resulting from fires all