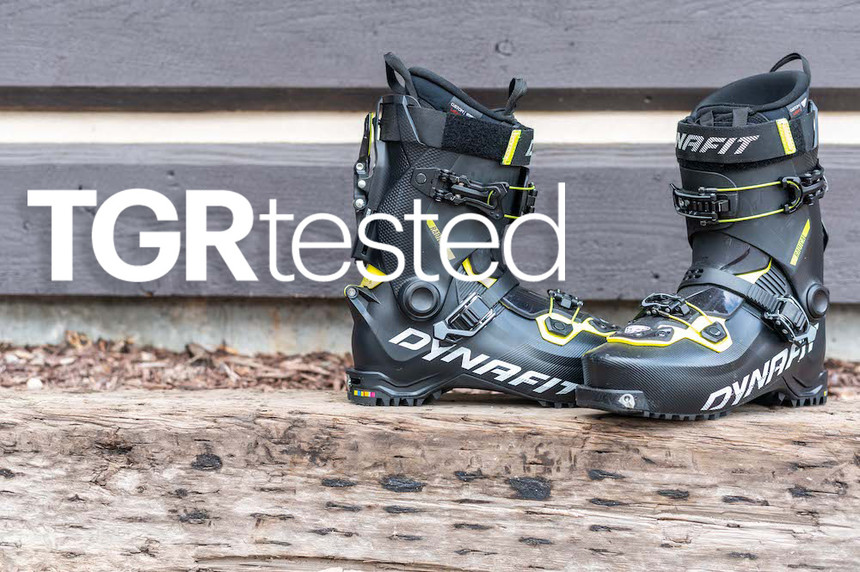 Ski touring boots are arguably the most hotly-contested niche sector of the industry, with consumers demanding all manner of things from what they put on their feet for big days in the mountains. We want them to be as light as a skimo boot. We want them to be as stiff as an alpine race boot. We want more range of motion than our ankles even allow. We want space-age materials that can be molded for the perfect fit. In practice, what happens next is pigeonholing, with brands focusing on serving a few of those needs and completely neglecting the others. Well, the good news is the Dynafit’s brand-new Radical boot does not. Based on the tried-and-true Hoji boot, the new Radical and Radical Pro (and the corresponding W versions) seeks to fill the void of the all-round ski touring workhorse boot. It’s stiff, not too heavy, features a generous fit, is compatible with the Shift and Duke PT, and it walks like a dream. It seems to be the best of both worlds between their popular walking boot the TLT8, and the no-holds-barred freeride boot, the Hoji. Of course, we put a pair of the Radicals to the test in the Tetons, and here’s what we found.

The key to these boots lies in the walk-mode mechanism, developed by the King of Tinkering himself, Eric Hjorleifson. The Hoji Lock switch first debuted on Dynafit’s Hoji boot, and after some refining, has been carried over to the new shell of the Radical. In essence, it’s a unique mechanism that locks the boot’s upper cuff and lower shell together in ski mode, and the stiffness and power transfer it provides puts this boot squarely in realm of a free touring boot. 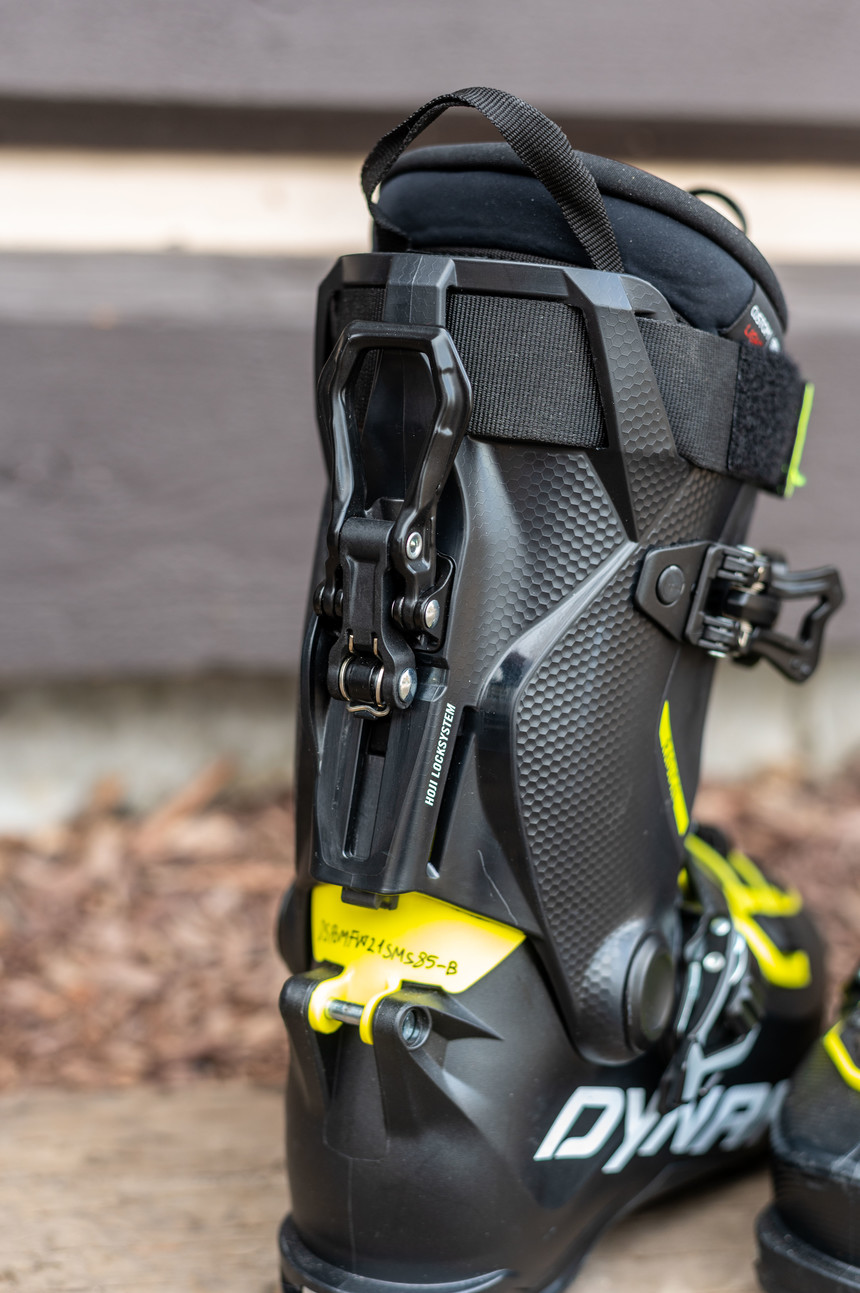 On the non-Pro version of the boot, it does not include the one-motion switch, and is actually separated from the top buckle. So that means an extra move is required to switch modes on the cheaper boot.

Some rapid-fire tech facts: The Radical shell is made of Polyurethane, while the Radical Pro features a Grilamid shell. The size 28.5 we tested weighed in at 1700g, whereas the Pro version lightens up to 1400g. Dynafit states a healthy range of motion of 60 degrees, with a stated 110 flex, which seems accurate. There are three buckles, including an instep strap, plus a Velcro power strap up top. The forefoot buckle is reversed, and sits atop the boot, shielding it during bootpacks. The shell features a toe bail that can fit into bindings like the Shift or Duke PT.

In terms of fit, the forefoot is very roomy with a reported 103.5mm last. The Dynafit Custom Light liner, while relatively thin, is quite comfortable, warm, and is moldable to your foot, but someone looking for an even more customizable fit should turn to an aftermarket Intuition.

How does it ski?

The Radical is designed to fit into the jack-of-all-trades category, and it sure delivers. When it comes to touring boots, I’ve always placed range of motion and light weight above overall stiffness, but after spending a few days in these, I’ve come to realize how nice skiing a stiff boot in the backcountry is. Sure, at 1700g in my size, the Radical is not the lightest boot on the market (the Radical Pro does save a few hundred grams with its Grilamid construction and one less buckle, though) but the confidence it inspires on the downs is unrivaled in boots in this category. When driving big skis, like a 4FRNT Renegade or the Weston Grizzly (both in the 120mm underfoot category), the boot provides incredibly solid power transfer, a nice, neutral stance with 11-degree forward lean, and plenty of cuff height to drive big turns in variable snow. That extra stiffness is most noticeable in those kinds of chopped-up “surprise” conditions or when blasting through heavily wind-affected snow. In other words, the boot can charge. 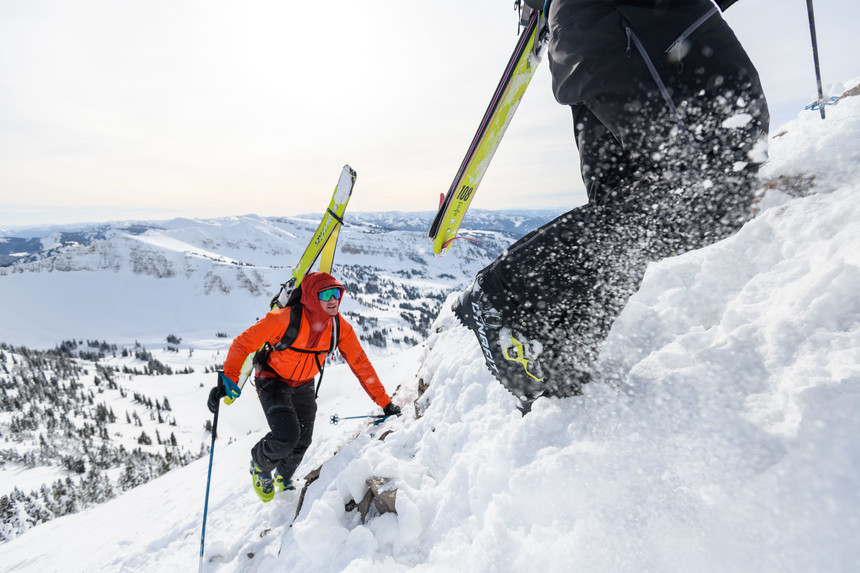 Plenty of range of motion, and a comfortable fit make the boot ready for all kinds of mountain adventures. | Fredrik Marmsater/Dynafit photo.

With the 60-degree ROM (that actually flexes forward a fair amount, yay!), comfortable ascents are on the menu too. A grippy Pomoca sole will also keep you glued to the ground on sketchy bootpacks, though I can see the thin rubber likely getting destroyed quickly with heavy use on technical terrain. In practice, the extra move required to unlock the ski/walk mechanism isn’t really a downside, especially since the top buckle locks in place when open so it doesn’t flop around in your pant cuffs. 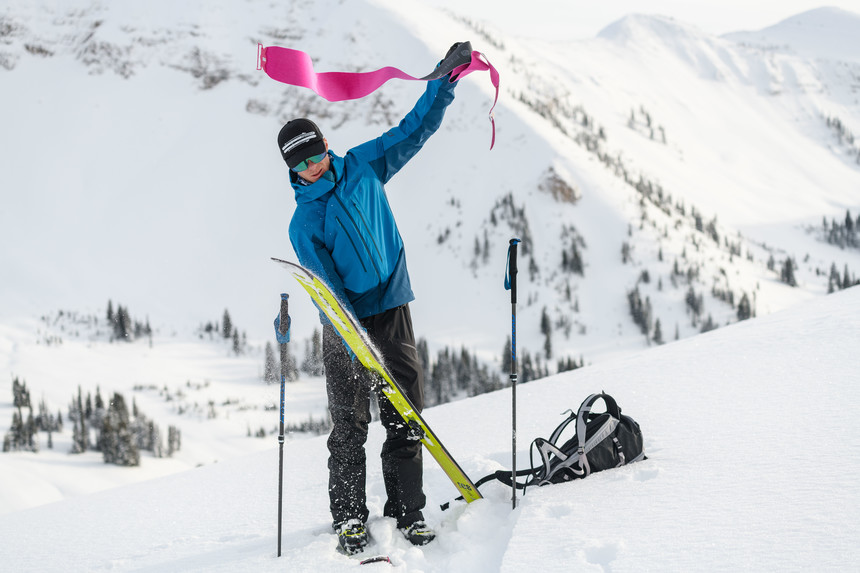 Coupled with a heavier, more freeride-oriented, the boot proves to be a formidable tool for human-powered adventure. | Fredrik Marmsater/Dynafit photo.

One thing to note is that there is lots of plastic overlapping in the tongue area, so be sure the layers are arrange correctly when buckling the boots.

If finding a touring boot that’s stiff and walks well is on your to-do list, Dynafit’s new Radical and Radical Pro boots could be the answer. By taking proven technology from the popular Hoji boot, shaving some weight, and providing a new (READ: WIDE) fit option, this is one well-made ski touring boot that can do it all in the backcountry. Pair it with a set of big skis, mid-weight pin bindings, and prepare to ski fast and aggressively in big-mountain terrain like you never have before.

Ski boots are one of the hardest sports gear to shop for. Unlike footwear in other sports, Ski boots need to be resistant to all kinds of weather. comfortable to wear, and comfortable with most boards. Thanks for the review! Roof Repairs

Many outdoor brands are rethinking the way they make gear, and are finding some pretty clever planet-friendly solutions in the process. Max Ritter photo. When it comes to outdoor gear advertisements, we’re pretty accustomed to seeing all kinds of flashy buzz words to catch our attention. Sexy adjectives like lighter, stronger, or waterproof are usually written in bold next to a skier about to summit some majestic-looking ridgeline. These days, however, there’s a new word being added to

Weston's Grizzly is big and floaty, yet nimble and quick-turning tool that’s perfect for racking up vert on those days where’s it’s just too deep to stop. | Andrey Shprengel photo. Wait. Isn’t Weston Backcountry a snowboard company? Well yeah, but they’ve quietly been making skis for the past few seasons, refining designs and tweaking materials to make a strong entry into the world of backcountry . Why the crossover into an entirely different segment of the snow market? Simply put, they