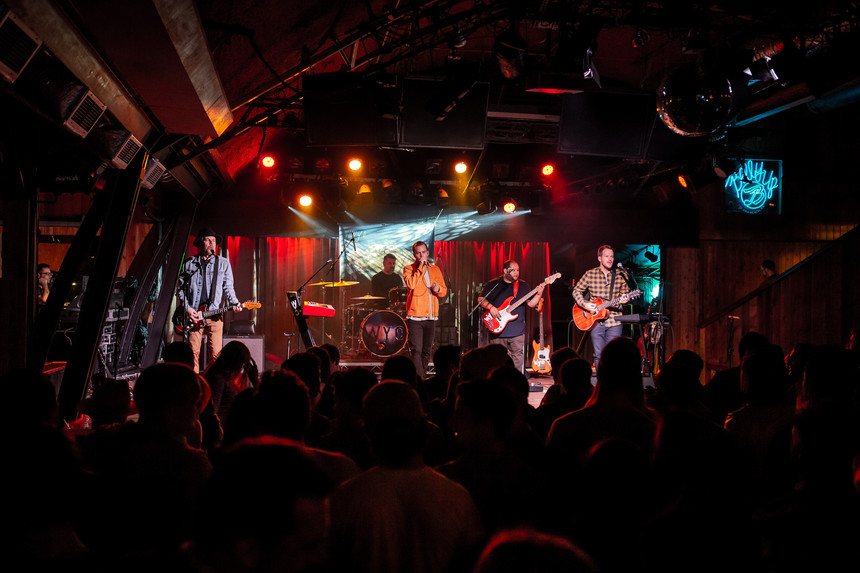 For many musicians, finding a place of quiet solitude rife with inspiration is integral to creating their work. For the two-man band WYO, that place happens to be Jackson Hole, Wyoming. For the past few years, WYO’s front man Andy Sorge has been creating music in his second home of Jackson, including tunes that were featured in TGR’s films Andy Irons: Kissed by God, Rogue Elements, Life of Glide, and The Sammy C. Project. For him, the inspiration draws from both the landscape surrounding the Tetons and the vibrant local community – both in action sports and in music.

WYO will be returning to Jackson on March 30th to perform under the Tram.

TGR caught up with Sorge to hear what the Teton community means to him, his connection with the action sports world, and what inspires him to create.

First off, let’s chat about your connection with Jackson and the local mountain culture.

I went to the Wilson School, I started there in fourth grade. I was born in San Diego but moved to the Tetons for middle school. After going to film school for college, I came back to Jackson and interned at Brainfarm. I worked for those guys for a few years, and throughout my 20s I spent about 75 percent of my time in Jackson, mostly on the West Side just writing and playing music. I learned how to mix and master and write there – and of course when to spend some time at the Coach when you need to get away.

I’m also a snowboarder. During my time at Brainfarm, I got to go out in the field with those guys filming The Art of Flight. I went to Chile for a month and worked on a bunch of their surf stuff, doing audio in the field, following the team around with backpack and microphone just recording everything.

What’s your connection with TGR?

Well, it started with a conversation I had at the Stagecoach one night, where I met with one of the then TGR editors. It turned into me writing some music for the  Sammy C Project, which then grew into some work scoring commercials a little while ago. Of course, I grew up watching TGR films and thought it was the coolest thing. That eventually turned into working on the Andy Irons film with Justin Fann and ended up writing like 40 minutes of music for the film. We weren’t lead composers for the film at first, but we slowly made our way in. It was pretty cool! 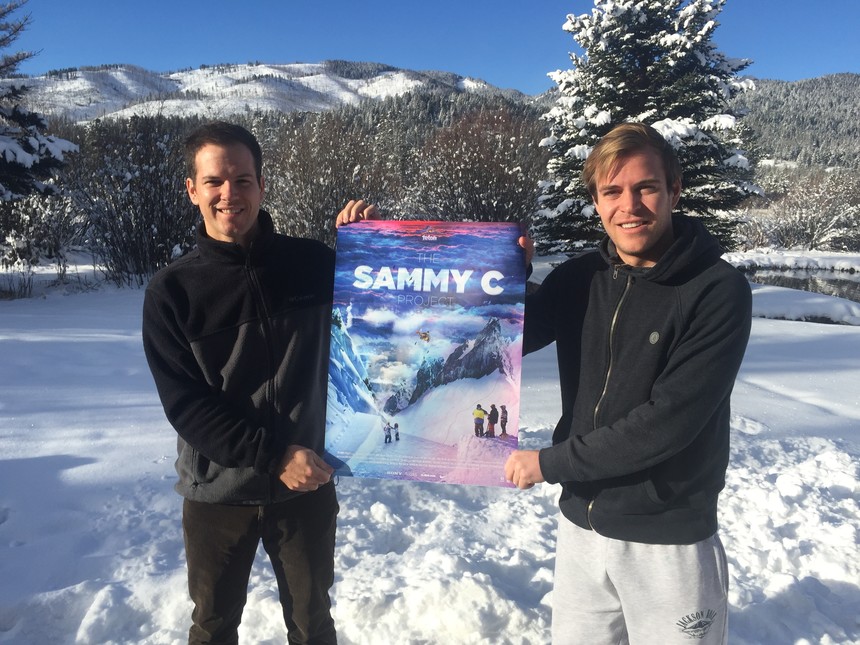 How was it to feel your music come to life in that form?

I got to go to the premier in LA and I brought some family and friends, and it was really awesome to experience our music in a theater. It was a cool first-time experience for myself and Scott Gibson (the other half of WYO) especially in a theater we grew up going to as kids. I really wanted the end section, the one where Andy passes away, which I thought was one of the most dramatic moments of the film, so I was really happy to find out our music was used for that sequence.

Do you have any direct connections with Andy or the characters in the film?

No. I remember hearing about it when he passed away – it seemed like Instagram was just getting popular around that time so there was a lot of publicity about his passing. When I heard TGR was working on the film, I knew it was going to be a big deal. Prior to Andy Irons, I scored a bunch of stuff for Quiksilver and some commercial work, and it turns out my music has been used a lot in surfing stuff. Through watching all those videos, I kind of picked up surfing in the last few years – I wasn’t very good before it, and now after working on all these surf films I’ve been getting on the board a little easier.

How did WYO come to be?

When I started this band, it was really in between working on all sorts of action sports projects or other documentaries. I would be writing music in between, and kind of ended up creating this catalog of work. I approached a producer in LA - Brad Wood, who’s worked with acts like Smashing Pumpkins and others – who helped us bring everything through the finish line. He’s awesome.

We’ve done all our writing and demoing out in Jackson pretty much. A couple of years ago, while hanging out with my roommate I was trying to name the band. We had worked so much in Wyoming, so he was like ‘dude, I got the name…WYO.’ It kind of just stuck around. It’s cool to use the branding of Wyoming and Jackson – mountains and landscape. We just ran with it and it works.

So right now, WYO is Scott Gibson and I. We worked with a drummer, Brock Jennings, for a while as well as Noah Waldron – who’s actually worked for TGR in the past. For our latest music video Moonlight, he shot all the timelapses. When we perform, it’s Scott and I and a team of hired guns on stage.

What is it about Wyoming that works for you creatively, especially compared to L.A. and bustling cities?

I think the mountains and wildlife and wide-open spaces humble you. I’ll turn off my phone and it’s easy to embrace the beauty out there. Writing in L.A. is a little more hectic. You might get a view somewhere, but it’s a huge city and there’s people everywhere. I think a lot of the music that we’re writing is cinematic and being out in Jackson propels that. 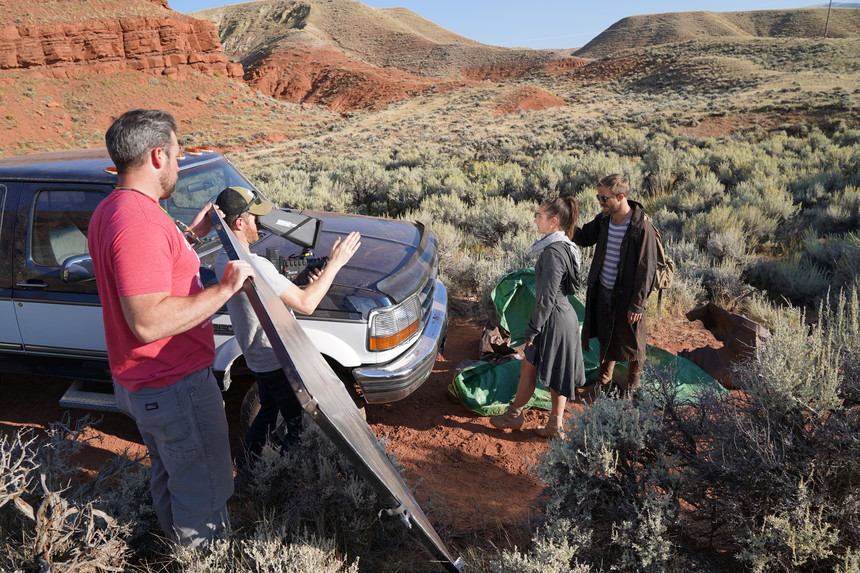 The unique community around the Tetons was something WYO wanted to capture in their latest music video Moonlight. WYO photo.

Is there a community of musicians that’s unique to Jackson?

In Jackson, for sure. There’s a lot of really passionate musicians out there. The Light at the End of the Tunnel is a great short film that highlights the scene. Jackson has so many artistic people, so it’s almost a given that music would be as prevalent as it is. It’s cool that there’s more than just bluegrass and country, with bigger bookings coming through town to perform. Music and Jackson Hole – they are two beautiful things that relax you.

We played a show recently at the LACMA, and the intro was very keen on showcasing that we were from Jackson, Wyoming and that all our videos were filmed out there and that it’s really beautiful. I think that angle is what got us where we are today.