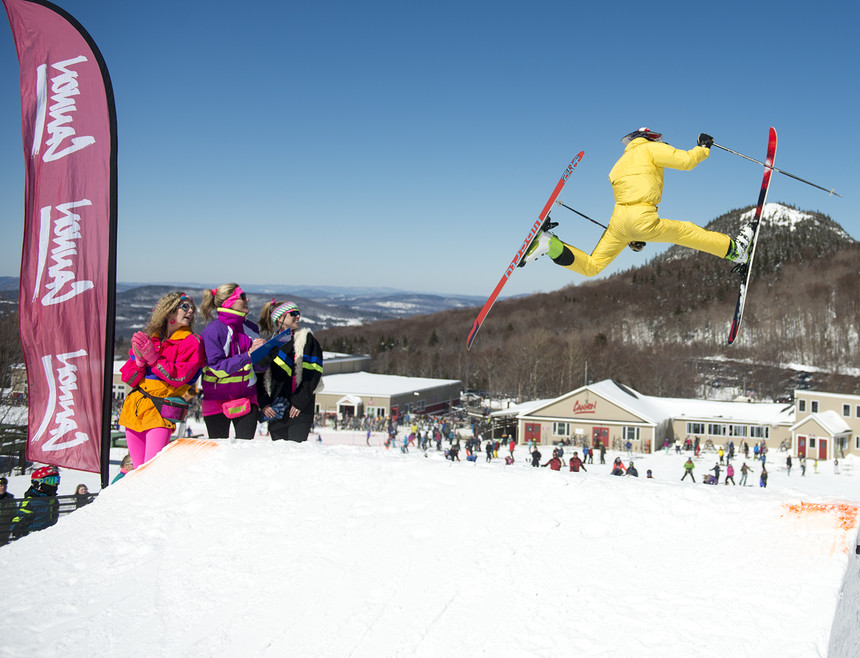 This weekend, the Stokemobile is revisiting our roots in New Hampshire. No word on whether the neon onesies will be making a comeback. Cannon Mountain photo.

This weekend, Teton Gravity Research's Stokemobile is rolling through the Granite State and getting back to the company's New England roots by heading to Cannon Mountain–located just 30 minutes from where TGR co-founder Steve Jones went to high school.

We'll be hanging out with our partners Outside TV and BLDG Active and ripping laps on New Hampshire's only–and the United State's oldest–aerial tram. We want you to join us, so we went through our rolodex and called a few of our old friends in the area to get the down low on the best way to kill a day at the mountain with the most vert in New Hampshire. Here's what they had to say.

Driving to Cannon is remarkably easy. In fact, you can list the entirety of the directions in one sentence: Get on I-93, and get off at the exit that reads "Cannon Mountain."

If you're looking for more granular directions, the mountain is located just over two hours north of Boston. Get on I-93 North and drive until you get to exit Exit 34B (which accesses Cannon Mountain Tramway) or Exit (which accesses Main Base Area). If you're one of the few driving from points north do everything we just said, but on I-93 South. 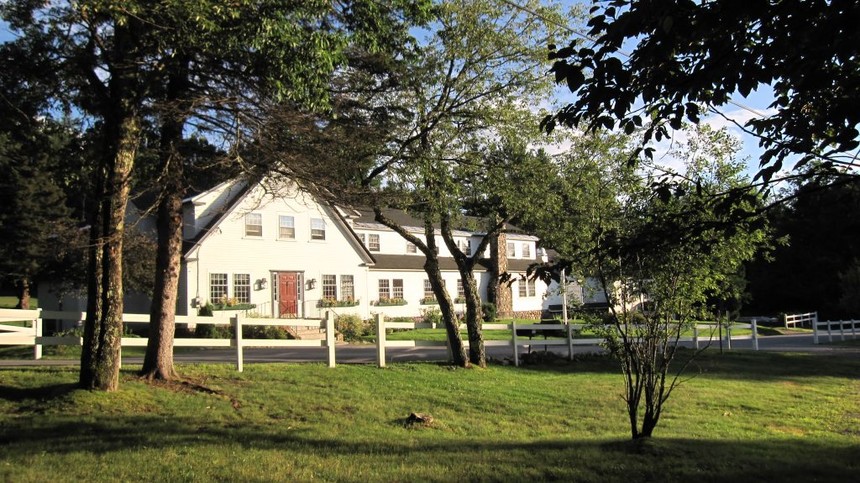 In regards to lodging–as you might have noticed with our report from Wildcat–many New Hampshire ski towns aren't exactly overflowing with huge hotels. And to that point, nobody will ever accuse Franconia of looking like the Vegas Strip. Most people looking for a place to rest their head will look at the nearby towns of Lincoln or Littleton where–you guessed it–quaint colonial inns abound.

But, if proximity is an absolute necessity and you want to be within spitting distance of the hill, we suggest the Horse and Hound in Franconia.

Per our friends on the ground at Cannon, we heard there are only two types of people in the area: People who choose to eat at  Polly's Pancake Parlor before riding, and people who are wrong.

If the name isn't a dead giveaway, when you go to Polly's (in nearby Sugar Hill) you should order the pancakes. They're served with homemade maple syrups (how wonderfully New England) and made with whatever type of batter you want.

But if things like "sitting down" and "eating at tables" turn you off, you can always head to the Backpacker Cafe which is located within arm's reach of the mountain. The pre-made breakfast sandwiches are great if you're in a rush.

As mentioned, Cannon has the most vertical in the Granite State which is good if you're one of those crazy skiers who likes to actually, you know, ski more than you like waiting in lift lines. 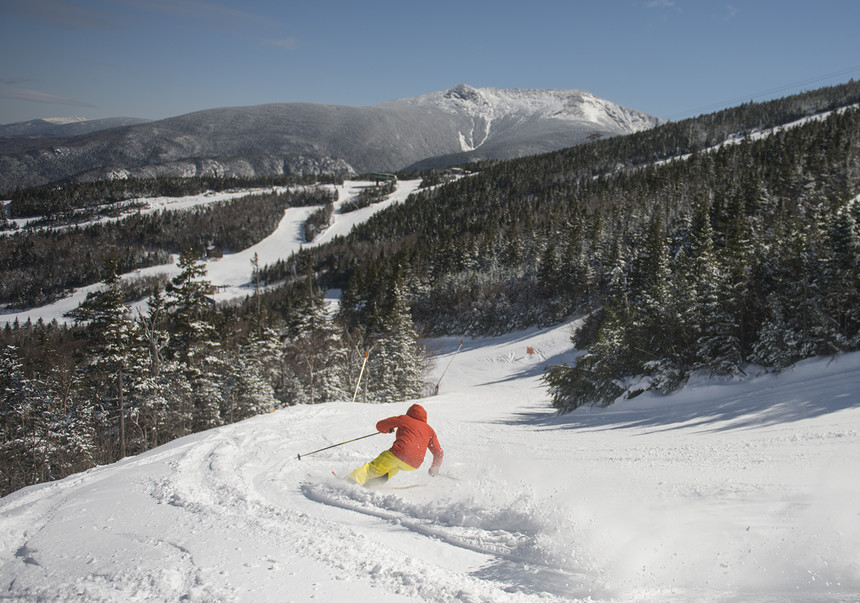 With 2,180 feet of vert, Cannon has you covered with whatever you like. Cannon Mountain photo.

Cannon is known for the variety in its terrain. The mountain sports three terrain parks and equal amounts of beginner, intermediate and expert terrain. If you want to point 'em and rip, head for DJ's Tramline. If you like ducking into the trees, the Kinsman Glades are your bet.

Like we said, Franconia isn't quite Sin City, so if you're looking for a place to unwind for your après, your best course of action will be to roll to Littleton.

New Hampshire has become a haven for craft beer fanatics in recent years, and Littleton has fully embraced the micro movement. Schilling Beer Company and the Beal House Inn will keep you well-fed and socially lubricated with locally sourced foods and grog if you are in the mood to eat, drink and be merry. 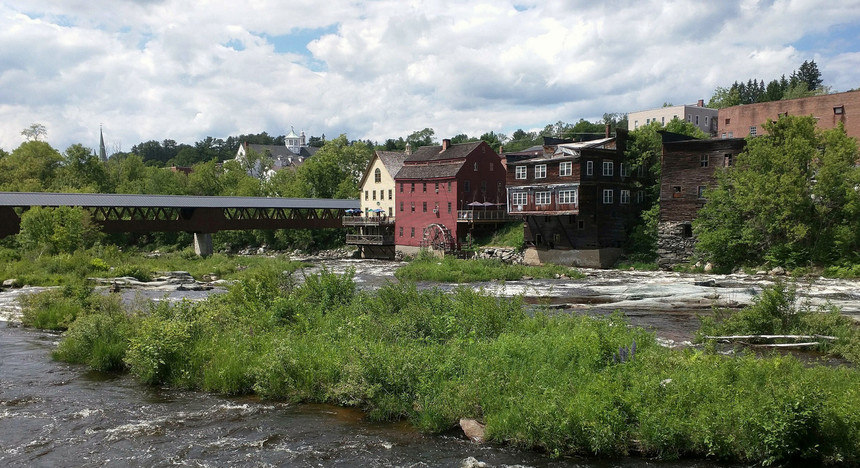 Again, it might not be Manhattan for nightlife, but Littleton is the spot to go if you like craft beers and good views. Robin Ottawa/Flickr photo.

In Lincoln, you can roll over to the Gypsy Café if you dig an eclectic atmosphere and drinks poured with a purpose. Or, if you prefer a more typical après experience, the Woodstock Station Brewery features karaoke, live music and the type of pub fare you can't go wrong with.

But if you prefer to stay on the mountain, the Cannonball Pub on the hill is great–particularly for families–because of the rope tow outside the pub. Parents can imbibe while kids lap–what more could you ask for? Don’t forget to hit up Lahout’s—one of the oldest and best ski shops in the country.

Thanks, these valuable tips should be kept to yourself always to have access to them 192.168.l.l

christmas pictures to print
Multiplication Table 1-100
complaint letter example
usps tracking by tracking number
4 in roman numerals
quadratic formula songBut if you prefer to stay on the mountain, the Cannonball Pub on the hill is great–particularly for families–because of the rope tow outside the pub. Parents can imbibe while kids lap–what more could you ask for?