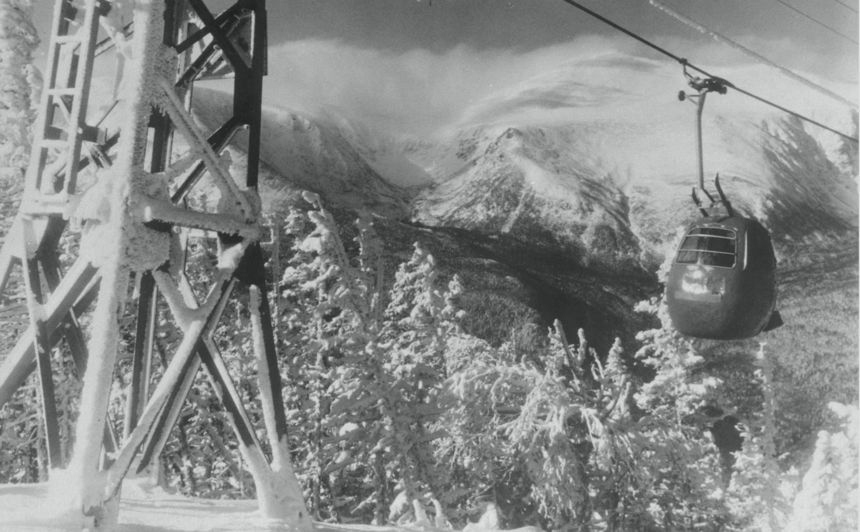 While the Wildcat ski trail has existed since 1933, the implementation of the first US gondola in 1958 turned Wildcat into a full-blown resort. Photo: Courtesy of Wildcat.

Teton Gravity Research's Stokemobile is rolling up to  Wildcat Mountain Resort in New Hampshire this weekend to set up shop for the resort's 60th anniversary. We'll be taking in the sights and sounds with our partners Outside TV and BLDG Active and celebrating the legacy of the resort that gave us the first gondola in the United States, and want you to join us there.

So, we called up a few friends in the area and had them give us the 411 on Wildcat and the best way to kill a day at the historic Northeastern resort. Here's what they had to say.

Though Wildcat is located pretty far north in New Hampshire, part of its appeal is its relative proximity to Boston, with the mountain existing just under three hours to the north of Beantown. Driving from Boston, you take I-95 North to Portsmouth, New Hampshire, bear left at Exit 4 on Spaulding Turnpike–which turns into Route 16N–which you take for just over 100 miles to Wildcat. 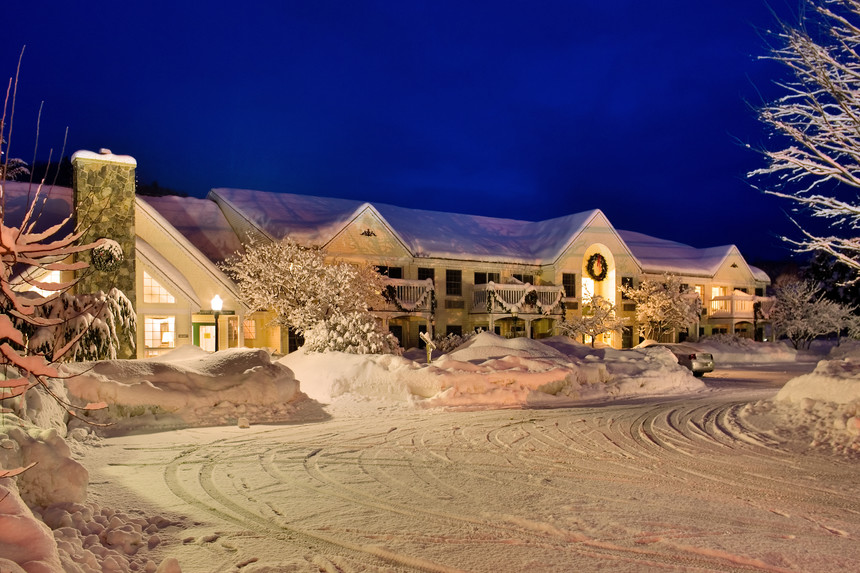 Wildcat is located on White Mountain National Forest Land, so if you're looking for lodging, you'll want to stay in either the nearby towns of Jackson or North Conway. Like many New England towns, most of the lodging there consists of small, locally owned inns and hotels.  The Lodge at Jackson Village and The Inn at Jackson are both solid bets.

As far as grabbing food before hitting the hill in the morning, there is one clear cut  option locals swear by: The Sunrise Shack in the nearby town of Glen. They open every morning at 6AM for the skiers who are chasing morning glory, and per what we've heard the combination of a breakfast bowl and bloody Mary from The Sunrise Shack has been scientifically proven to cure any and all ailments.

If you aren't keen on sitting down and stuffing your face with eggs, potatoes and vodka-infused tomato juice, the Vintage Baking Co. in Glen serves up coffee akin to rocket fuel and croissants warmer than a hug from your grandmother.

While Wildcat tends to see more snow than many of its fellow resorts in the Granite State, in the snow-starved Northeast, that doesn't mean you'll be skiing blower pow. 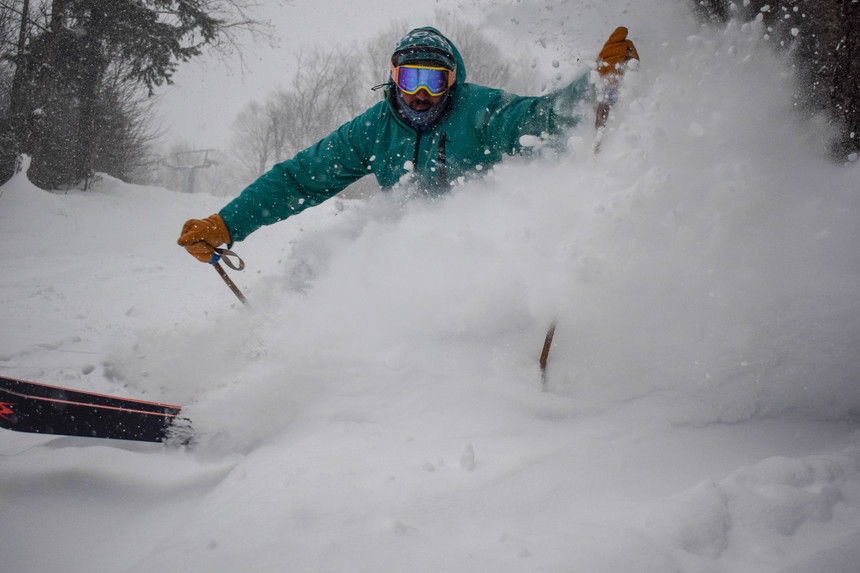 Cross your fingers and with any luck you'll chance into one of those rare New England powder days. Photo: Courtesy of Wildcat

Wildcat specializes in "packed powder" groomers with some mogul and tree skiing thrown in for good measure. If you're looking to channel your inner World Cup spirit, Bobcat traill has you covered while Top Cat and Wild Cat Pitch offer you the chance to get a little steep and play in the trees.

There isn't much in the way of terrain parks, and while the resort's terrain might not be what you'll find at Squaw or Jackson, it still has over 2,000 feet of vert and packs beautiful views of Mount Washington and the surrounding White Mountain National Forest.

If you're headed to Wildcat this weekend to celebrate the anniversary, your options are endless. 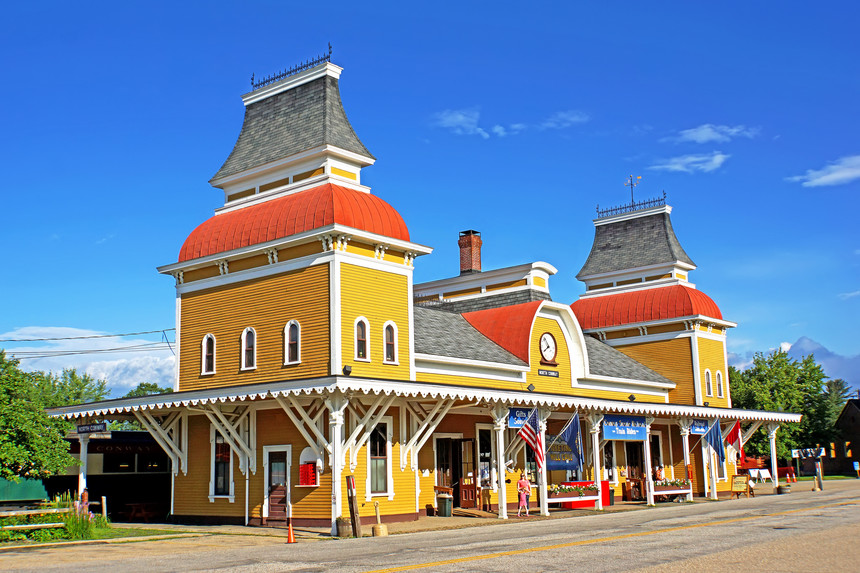 In addition to grabbing recognition for its ski town credentials, North Conway also plays home to one of the weirdest rail stations you'll ever find. Photo: Courtesy of Dennis Jarvis/Flickr

If you're looking to hang at the mountain the Wild Cat Pub will be hosting a special après party on Saturday and the mountain will end the weekend with fireworks Sunday to celebrate the 60th. But, if you want to get away from the resort, you're in luck: The towns Jackson and North Conway–recently voted the top U.S. ski town by USA Today–have plenty of options to grab some grub and grog.

If you're looking to eat yourself into a food coma and have some well-made beers, the Moat Mountain Smoke House and Brewing Co. smokes all their own meats in-house and brews the best suds you'll find around. If you're looking to get into a traditional ski town dive bar, The Red Parka Steakhouse and Pub in Glen is your bet and if you're craving an Irish pub, The Shannon Door in Jackson will provide you with all the libations you need to be jigging all night long.