Nothing quite beats your own backyard—at least that’s what Robin Van Gyn would argue. The British Columbian snowboarder loves her home spot and often doesn’t travel elsewhere unless there’s a good reason, like a historic winter in Jackson, Wyoming. When the chance to travel down to the cowboy country came knocking on her door, she couldn’t say no to it. She jumped on the opportunity and linked up with local Mark Carter for one of the best winters in the area’s history. We sat down with Van Gyn to learn more about her first time snowboarding in the area.

Jackson had an all-time winter last year. How was the visit here for you?

RVG: It was like being in Japan! It almost felt lawless with the amount of snow, snowbanks pretty high, road closures, snow-pocolypse. I have always wanted to go to Jackson Hole, but coming from British Columbia, it’s hard to leave. Finally, this year when the opportunity presented itself I had to jump on it. Just so happens, it was perfect timing for some epic freeriding.

What was your main goal?

RVG: No real goal other than to explore the terrain. People talk about Jackson Hole, but I just wanted to explore it with the people who know it best. Sometimes when you travel, you get new perspective on mountains and people and I think that would have been my goal 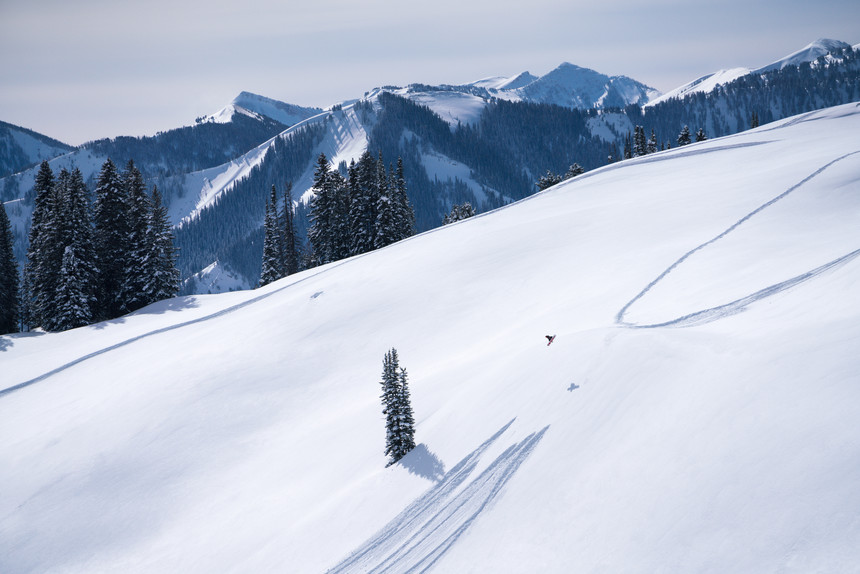 Did the historic amount of snowfall make things difficult for filming?

RVG: Definitely. It was snowing so much all the time, it didn’t really allow for a lot of backcountry access, which is what we were there for. I ended up riding the hill a bunch and in general didn’t get a lot of time in front of the camera. Sometimes you get what you get and that’s just it. It was super fun though.

Was your approach foot-powered or sled accessed?

RVG: Mostly sled access, although there were a couple of days I went up with friends just to do laps on my split board. It's a really different style of sledding than I am used to, less hill climbing and glaciated terrain, it was more ridges and treed zones, which is still demanding.

There seemed to be no end in sight with the snow—it just kept coming. Jasper Gibson Photo.

What excites you about snowboarding in Jackson?

RVG: Just adapting to a new style is exciting, seeing new zones, riding new terrain and being with different people is always a welcome change of scenery. Let’s not forget you kinda feel like you’re immersed in a country-western film, its kinda crazy, very American, I loved seeing that side of the US.

How was it working with Mark Carter again?

RVG: He is a really good time, not too serious, but always ripping. I think what is important to remember is that you're always going to snowboard well when you’re having a good time, and it’s easy to have when you’re with Mark. I really appreciate that he is more than a snowboarder also, he is not defined by it and has other things going on. I have a lot of respect for people that are multifaceted and realize there is life beyond snowboarding. Did I mention he rips?

What else did you get into last winter?

RVG: I spent some time doing avalanche courses with the CAA and ended up at Baldface to guide a little bit also. But on the film side, I ended up doing a lot of different things actually. I went to Japan with Roxy, filmed with Jaime Anderson and her project Unconditional, I went on a trip with Travis Rice, Austen Sweetin, and Blair Habinicht in the Kootneys for a  a project called Rooster Tail. It’s not normal for me to not have one big focus, so it was interesting how it all unfolded. 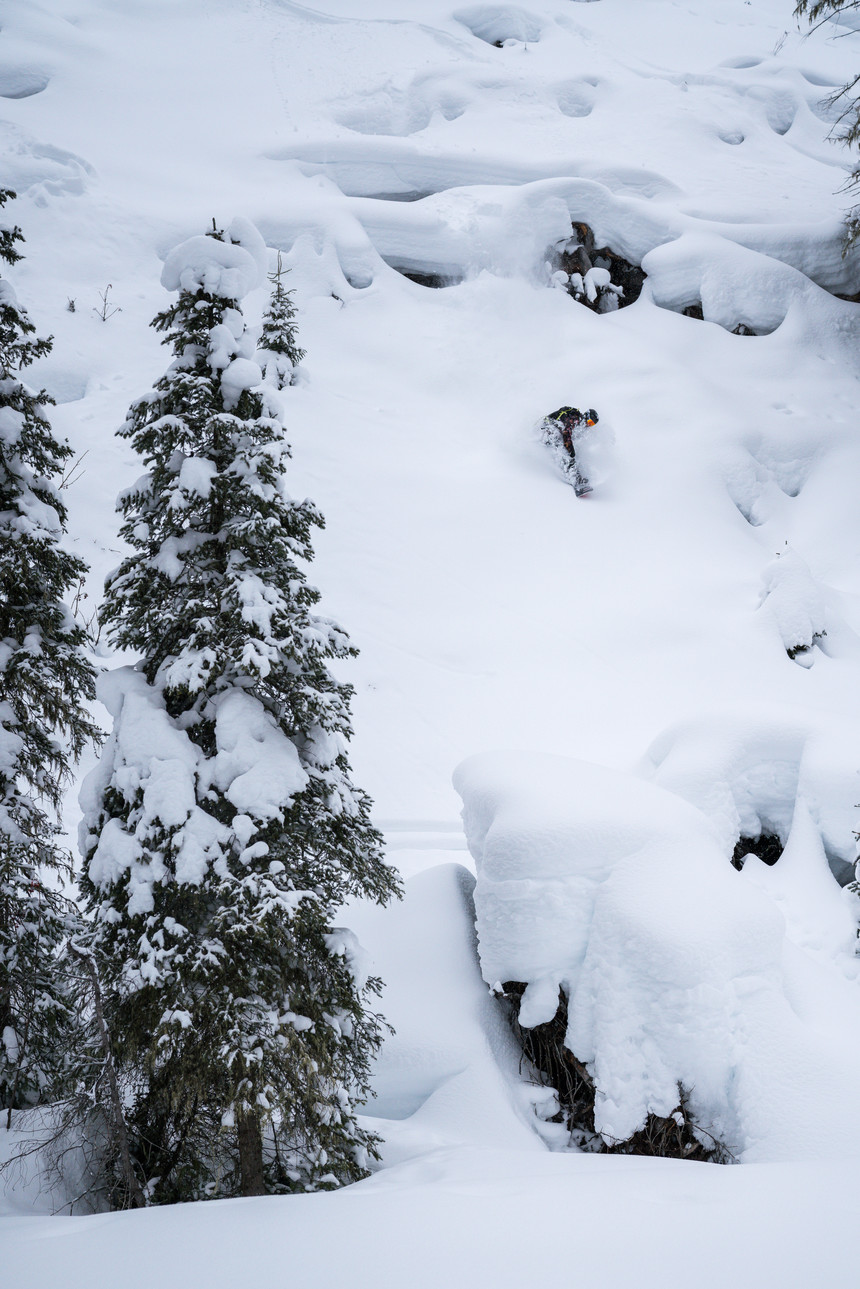 We have a feeling this won't be Robin's last visit to Jackson. Jasper Gibson Photo.

Any exciting plans for this winter?

RVG: I am working on a series and movie with some friends, that’s all I can say for now, but I am really excited about the project.

Those who can collect more ideas from mobile app development company in india  the page will always share useful ideas into the page. The proper delivery of all such ideas and topics makes the page interesting and will help the readers to collect ideas easily.

The Jackson brothers are some of snowboarding’s most adventurous riders, hunting lines in faraway places around the globe. So it’s no surprise that some Viking lore brought them to Iceland to explore what the nation has to offer in terms of raw natural beauty and plenty of space to let loose in the mountains. RELATED: Check out TGR's Accomplice on Tour NOW Black Diamond’s latest short film shows off John and Eric Jackson’s dream trip to Iceland, made possible by Eleven Experience and guide

Guess what? Today is National Voter Registration Day, a day set up to put a focus on getting Americans registered to vote. Did you know that 60% of eligible voters are never asked to register? You don’t have that excuse. Oh and while you’re at it, you should go watch TGR’s latest film , featuring none other than Jeremy Jones exploring the current political landscape and how it affects our planet’s future. Register to vote and watch the full film here. RELATED: Q+A With Jeremy Jones On Finding