You have to take six lifts to get to the top. And we were late, because travel. But it turns out you can also stay late. By the time we started our final 2km vertical descent, it was already dark.

We skied as much as we could, and 5 kms of vertical for starting skiing at 2pm is not a bad achievement! But the day was turning to the end, and our late quick lunch at the top cafeteria was brought to an even more abrupt end when the ski patrol told us to get off the mountain. Well, we did. But it is a long way down, there were some photo opportunities along the way, and ... we missed the last run of a connecting lift. To ski all the way down, we had to traverse to the other side on the Trübsee Hopper, but given that we missed the closing time by about thirty seconds, Swiss accuracy requires that we were not to be let in any more.

Oh well, we could always ski there, this lift was almost horizontal. But it did take some time, and by the time we had hiked the few tens of meters up, it was dark. We had skied this path via Untertrübsee before, we knew where to go. But it was icy, narrow, and there was still a kilometre of vertical left. Fortunately, Tero had a flashlight. We skied in the darker and darker evening, me following Tero's light and occasionally taking a few photos. It was amazing to see the lights of the Engelberg village below us.

But having headlights would have been better. This is an obvious addition to the skiing backpack, as we also noticed the next day.

We had run into two other Finns and Engelberg regulars, Panu and Jari, and spent the morning skiing with them at the Jochstock and Jochpass chair lifts. These lifts serve an 800-meter vertical, well-groomed, and nicely turning, hilly ski run. My legs were aching, however.

For the afternoon, we went back to the Titlis, using Rotair, the world's only rotating gondola lift. At the top we explored an ice cave that you can access from the lift station. The blue, incredibly smooth ice is beautiful. Recommended. It also costs nothing extra, unlike most other places that have similar caves.

But our next cave proved to be a harder one to access. I had earlier spotted caves along the cliffs surrounding the ski route from Gletscherlift to Stand. We planned to reach one of them by traversing the steep slopes at the bottom of the cliffs. We got near the opening of the cave, perhaps only 20 meters away. But as the other Jari started climbing higher, crossing the rocky part of the slope caused rocks to get loose and fall down. This was not safe for us or the skiers on the piste further down, so we had to turn back. With only a little more snow, the cave might have been reachable. But the slopes are quite steep. At the lower part where Tero waited for the first of us to go higher, he measured 34 degrees, and it must have been over 40 higher up.

I've been recently interested in caves, so I'd like to get a second chance at exploring the holes at the bottom of the cliffs. Maybe some day.

Finally, I wanted to recommend the Crystal hotel in town for their friendly service and the three different saunas at the top floor. That was where we met the other Finns, obviously :-) 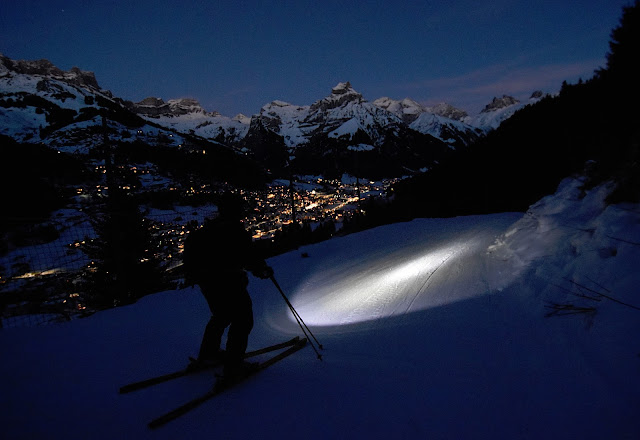 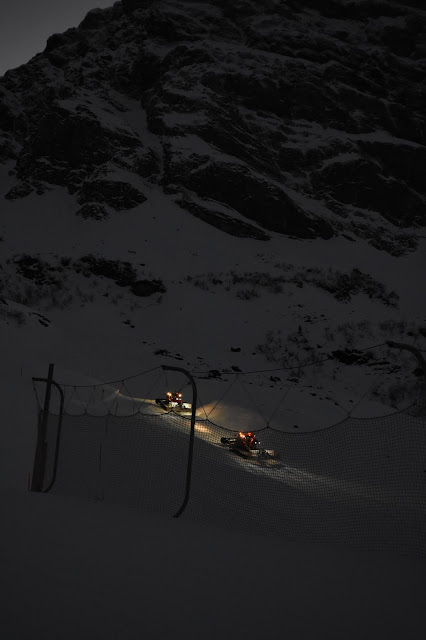 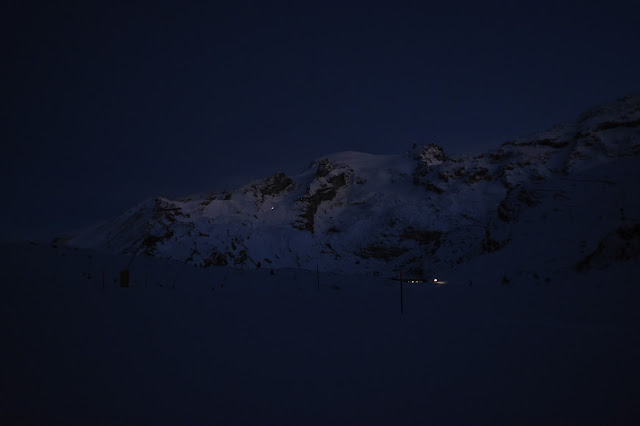 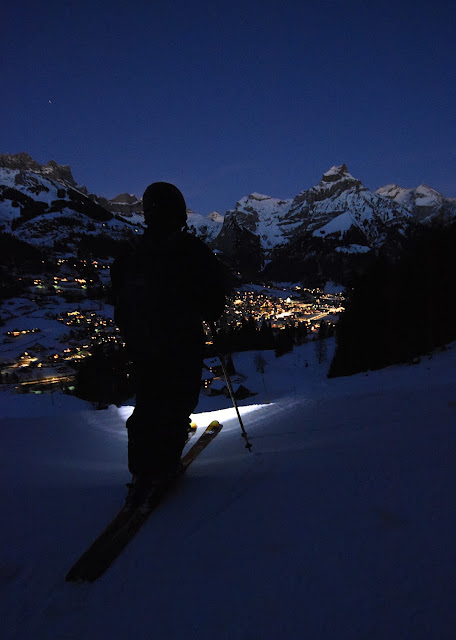 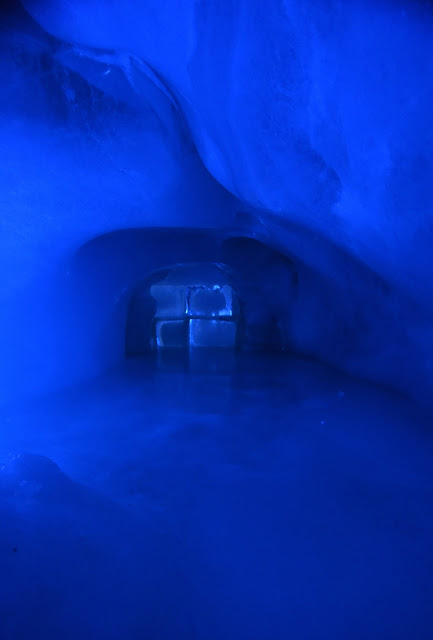 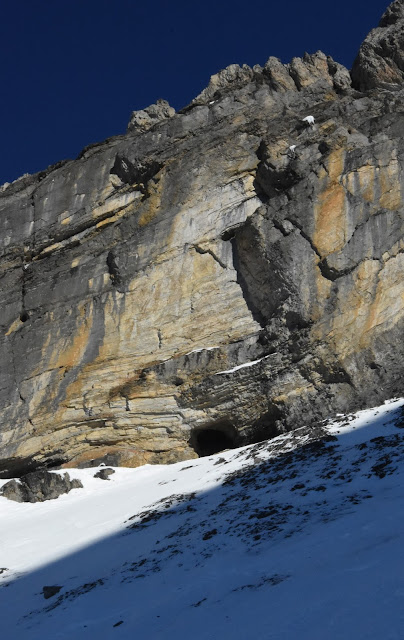 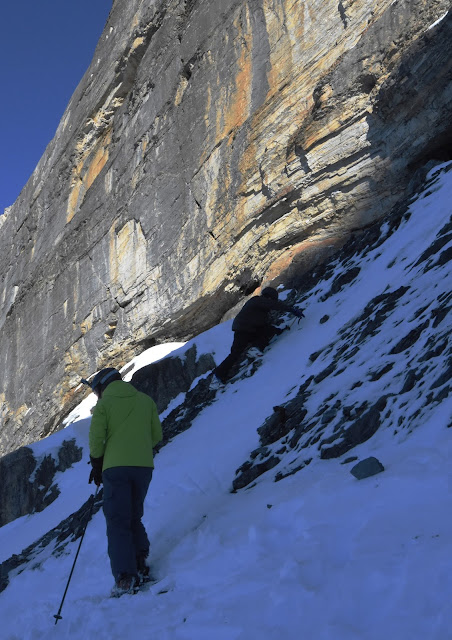 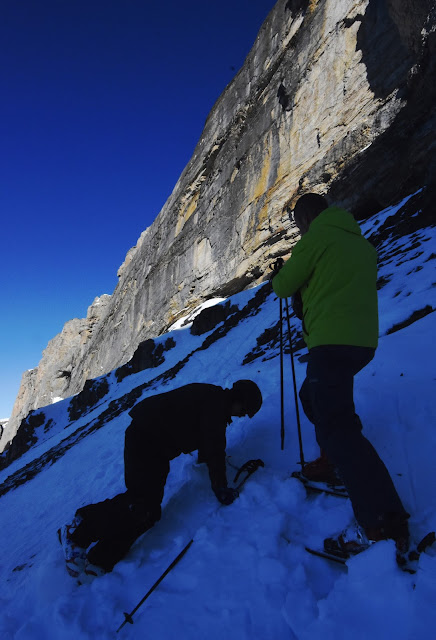 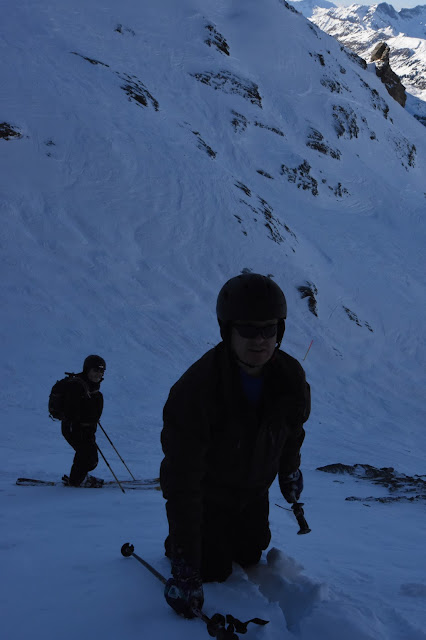 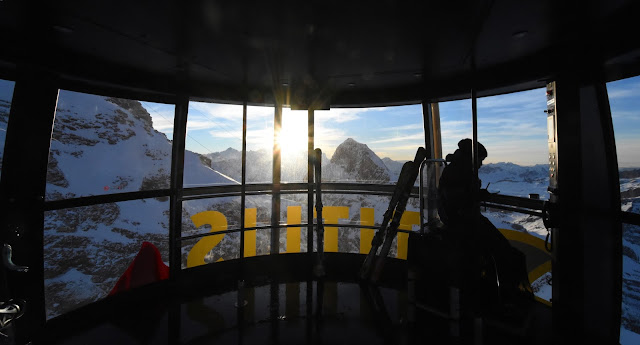 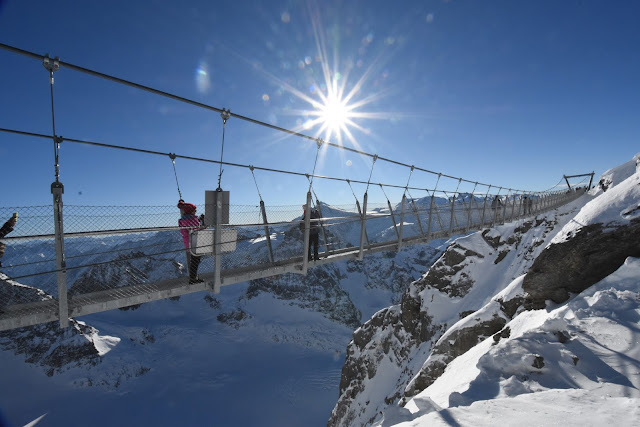 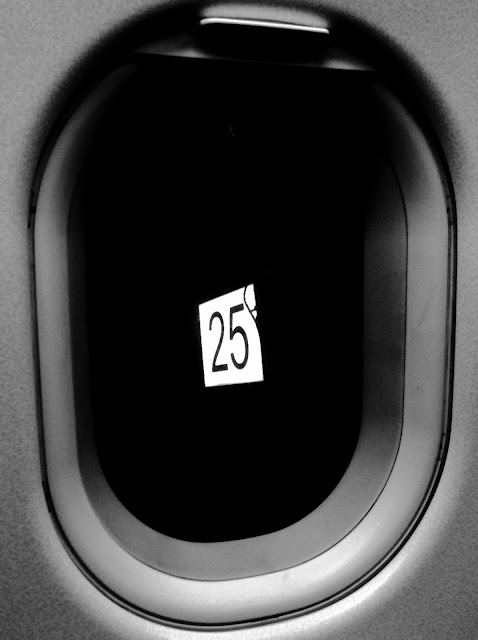