TGR film productions are a healthy mix of emotions. There are intense moments of focus. There’s beatdowns both physical and emotional. There’s often heated discussion. But most of all, on every single day in the field, there’s always a pervasive sense of stoke among everyone involved. Of course, it helps to have someone like Tim Durtschi be there, whose years of experience in front of the camera keep on reminding him that yes, despite one of the most challenging seasons of his life, this is the best job in the world. This year, Sierra Nevada and Atomic athlete Tim Durtschi just kept on doing his thing - high energy powder skiing, stomping big cliffs, and tossing in the ol’ aerial maneuver here and there.  Lucky for him, he got to join the crew in two of the best places in the world to do those exact things: Jackson Hole and Cooke City, Montana. With the launch of the Stoke the Fire Trailer, and the World Premiere just a few short weeks away right here in Jackson, we caught up with Tim to hear more about his season, what inspired him this year, and what’s next. Stoke the Fire tickets are on sale now, find a tour stop near you!

TGR: Last season was a pretty weird one for most of us, can you walk us through what you got into filming for Stoke the Fire?

Yeah, it was definitely not standard operating procedures like in years past. I think one of my favorite parts was hitting those zones literally in Kai’s backyard over in Idaho. I won’t give away too many details but it was really fun to do some mellow snowmobiling to get into some really sick ski zones. I stayed at Todd’s house for a couple of months while we were really grinding it out. It was cool for Kai because he was learning how to snowmobile and have easy entry user friendly missions. 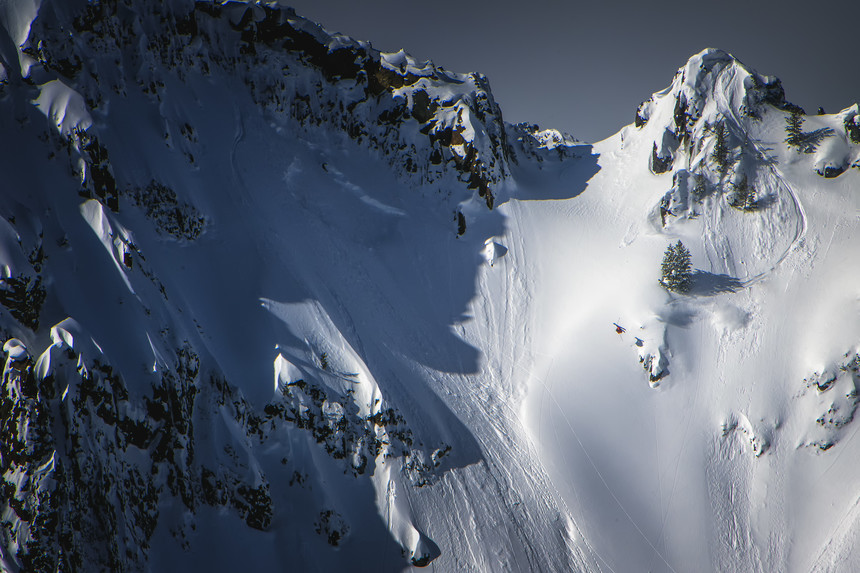 Cooke City was home during a storm cycle for the books. | Nic Alegre photo.

After that, we went up to Cooke City to link up with Parkin. That was a trip. We were staying at a little cabin in the woods which was really cool. It was nice to not look at the news and just be fully immersed. We were just playing poker and stuff - I was teaching Kai how to play poker. We never had a huge game or anything, no money, but I was just teaching him how to play. Me and my buddies in Jackson have this poker night and Kai wants to join, so I told him you have to know how to play first. Kai’s also getting into all these movies. So we watched Superbad and the Hangover and all these great coming-of-age films. The Pick of Destiny was on there - all kinds of classics.

TGR: So were you just watching movies and playing cards the whole time?

No, we definitely hit the snow really good. We had some really cool lines that we had to do a lot of planning to get up to, and the sun broke and it worked out really well. It wasn’t that long of a trip, and we had to jam everything in like a booter session and the lines. We even had pow up there! 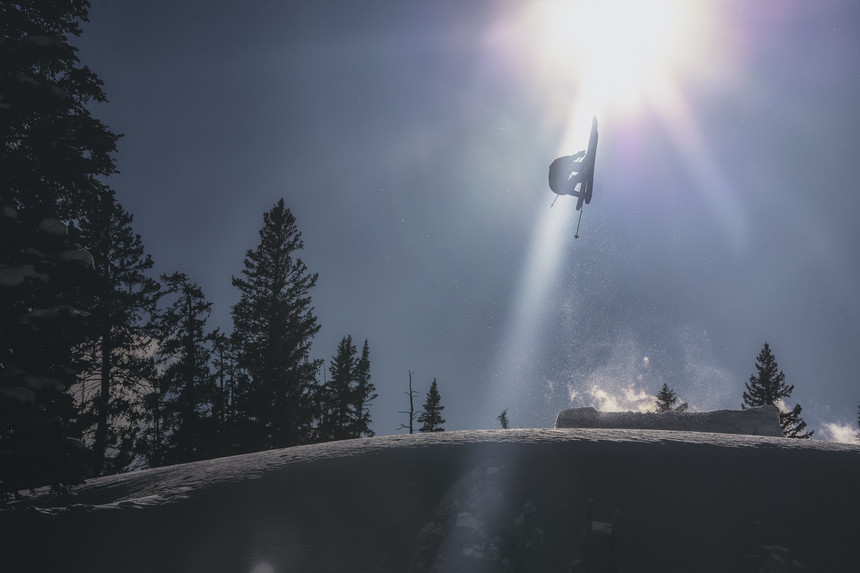 TGR did a lot of trips up to Cooke City back in the day, and it was really cool to kind of revisit it. The bartender at the bar in town remembered guys like Dylan Hood and Dash Longe from trips past. Super funny. That place is sweet, you unload the sleds and just drive those around for two weeks and never touch the trucks.

TGR: Was it strange to just keep it local and not have a big travel segment like Japan, Europe or Alaska like you have in years past?

It was a very different experience in that regard. I think it was really cool though, sometimes traveling can take a lot of energy out of you and can wear you down. It’s nice to slow down and put that energy into skiing. Besides, we skied where the snow was pretty much the best, so I didn’t feel like I was missing much. 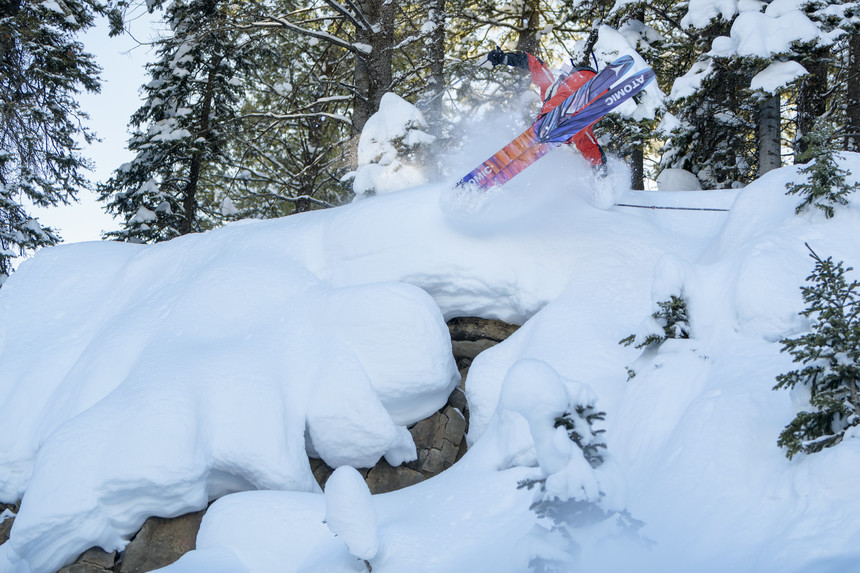 TGR: How do you keep yourself stoked through strange and hard times, how do you keep it going? What does the word stoke mean to you?

I think it was a lot of figuring out whats important and staying true to what you want to do. With all these obstacles and hurdles like COVID, you just have to be patient and know we’ll get back to doing what we love. A lot of people had fears that things would never be the same. For me, the minute I got back on skis, everything was ok again. It’s difficult for sure, but the coolest thing was just to get back skiing with Kai, Parkin, Todd, Veronica and all our friends in Jackson. You get down on the state of the world, but everyone feels passionate in doing what they can do and keeping their dreams alive. The stoke is there, you just have to work a little harder to find it. Get back on snow with your buddies, and all that stress goes away. There was a lot of uncertainty at the beginning of the season, but once we got the cameras out and the skis back on, it all came back naturally. 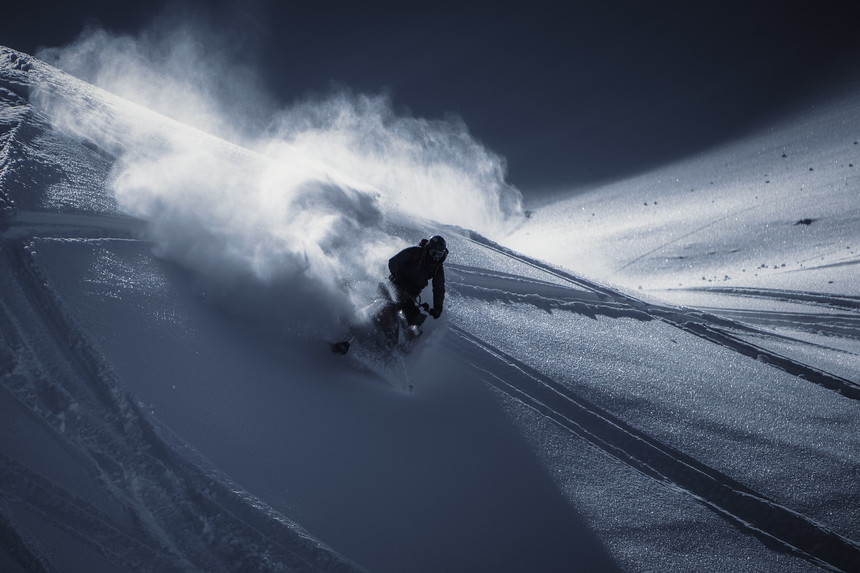 TGR: What was an on-snow highlight for you this season?

We got to do a lot of things around Jackson. In fact, there were kind of a lot of new things for me, it wasn’t just about repeating old things. I hit Nightmare, which I think is actually kind of funny. I’ve gone up Sublette chair a thousand times and looked at that cliff. With COVID, it was like well “that’s right there, we should go hit it, what’s the worst that could happen.”

TGR: Are you telling us you’ve never hit Nightmare before?

Ok fine. I have. But, I landed a 720 off it this year. It was definitely Kai pushing me. It’s so easy when you have so many opportunities and can just be like “no I’ll hit it some other time.” In Kai’s eyes, that’s an A-list cliff. That’s a Jackson classic. So I guess I thought it was time to try something crazy off it so I went for the 7.

Stories like though were kind of the theme of the year. Riding the Sublette chair, making the bubble smaller, you have to make the most of these opportunities, especially since the option of travel wasn’t really there this year. In the film, we also really wanted to capture that vibe, so there was lots of high-energy stuff from the people on the chairlift over Nightmare, everyone was screaming and yelling. The local Jackson stoke is a special thing. Even when Kai hit the bamboo couloir, everyone’s got their little heckle. Kai’s really good at dealing with stuff like that. I think when I was younger I was really self-conscious about what people would say, but Kai’s got the confidence to just be like “those people were saying the funniest things!” That confidence is inspiring.

Cheers to another one done and dusted. | Nic Alegre photo.

TGR: Have to ask: what’s your favorite Sierra Nevada Beer?

Campervan Rental in San Francisco Airport is not permit smoking in the movement van to guarantee neatness for all visitors. We truly like your strictest adherence to this. https://travelvanbooking.com/

I think this is one of the most significant info for me. And I’m glad reading your article.  www.hardwoodrefinishingorlando.com

Colorado boy Colter Hinchliffe’s youthful enthusiasm in the mountains keeps him venturing deeper as each year goes by. Combining an eye for massively stylish freestyle hits with hard-charging big mountain skiing is his strong suit, and Colter left nothing behind on a spine and pillow hunting trip to the PNW alongside Sage Cattabriga-Alosa and KC Deane. The Völkl athlete joined his buddies for an unforgettable few days at North Cascade Heli, getting to know some of the most picturesque

Things can change very quickly. That’s a lesson Nick McNutt learned the hard way, in an avalanche accident that nearly took his life in early 2020. But as someone who has centered their life on the mountains, McNutt knew he wanted nothing more than to return to skiing. As a member of the TGR family since 2013, Canadian skier McNutt has led a new generation of backcountry riders, gliding, floating, and defying gravity in all manner of terrain. This past season, while filming for Stoke the

The mornings are getting colder, it's getting dark earlier, and winter will be here before we know it. But if you're still dreaming of all the downhill laps you're going to get in before the snow starts flying, take this as a sign. The Bunch is here to welcome us into the change of seasons and there's no better way to do it than with some tender street skiing. If it's not the jazzy tunes, it's sure to be the sweet, sweet flex of their skis on brick to get you in the perfect mood to rip pow.