If there’s anyone we’re stoked to watch ski the Chugach, it’s Elyse Saugstad. A third generation Alaskan, Saugstad is no stranger to skiing big lines. But it’s not just where she grew up that sets Saugstad apart from other skiers. Between winning the 2008 Freeride World Tour, 2018 Freeskier Female Skier of the Year, and countless other awards, she’s been crushing the big mountain skiing game for a long time. Following the release of her film made with the help of Scott, On My Own Terms, Saugstad came into the season hungry for those big lines she skis so well and to prove once again her value to the ski community. But filming in Alaska this year provided a new set of challenges for Scott and Hestra athlete Saugstad. Between the trip being shorter than normal as a result of the COVID-19 pandemic, a change in location due to bad conditions, and the early weeks of pregnancy, Saugstad’s mental game was tested. But years of experience and a rock solid head game meant she pulled through for a killer segment. We sat down with Elyse to talk all things big mountain skiing in Alaska and overcoming the hurdles that come with it. Stoke the Fire is on tour now, get your tickets here! 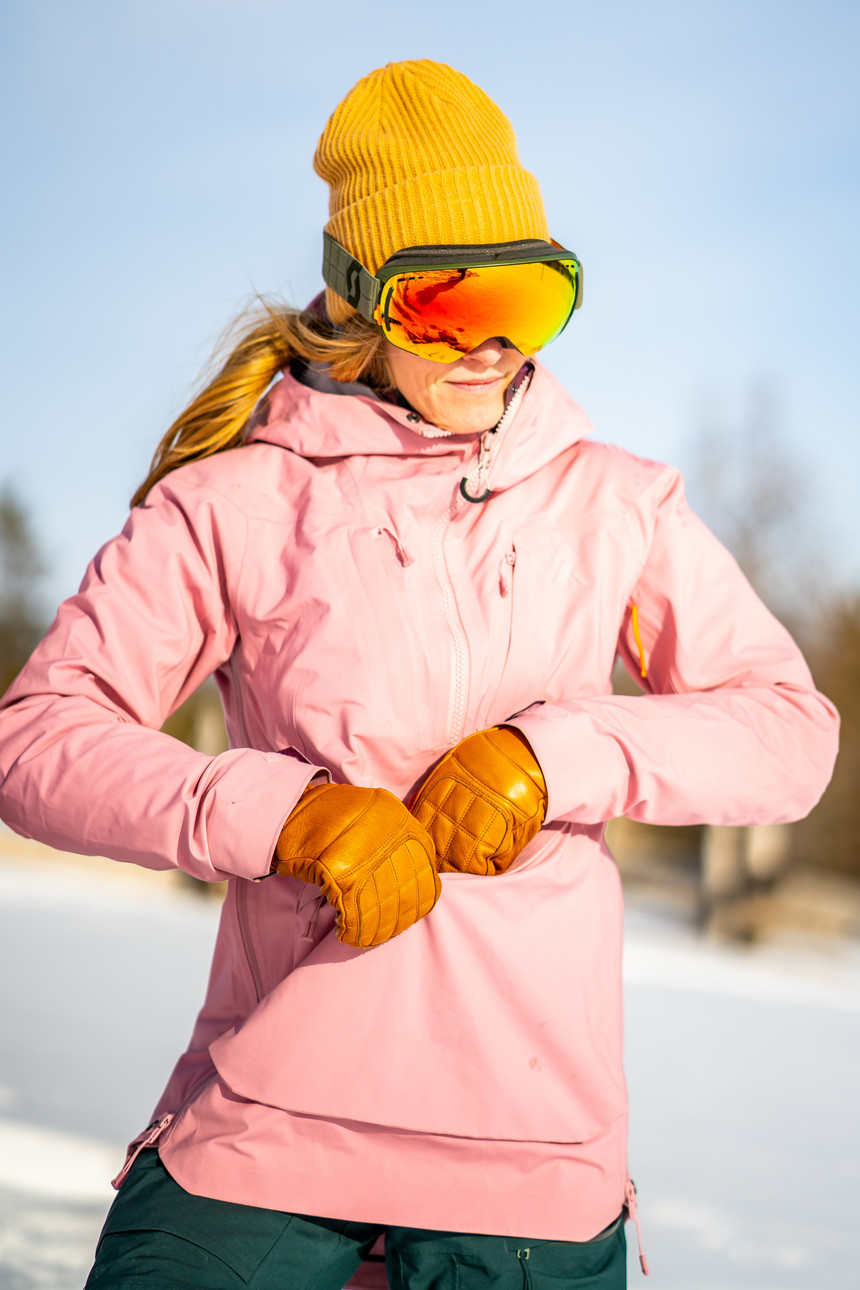 Elyse Saugstad has been a professional skier for longer than most, facing all kinds of challenges along the way - but all those have only shaped her into the skier she is today - arcing big turns on the screen for Stoke the Fire. | Ming Poon photo.

TGR: Did skiing the Chugach feel like a new challenge for you even though you grew up skiing Alaska?

Elyse Saugstad: When I was younger and first starting to become a professional skier, I had a sense of feeling more comfortable in the mountains. Growing up I was a ski racer, and old enough too that backcountry skiing wasn’t really a thing, so it’s not that I grew up there, I was experiencing that kind of terrain until I was a professional skier. But, that being said, a lot of Alyeska Resort, where I grew up, is above treeline. It’s like training ground terrain for really continuing to step up in those mountains. My style of skiing was really shaped by growing up at Alyeska. 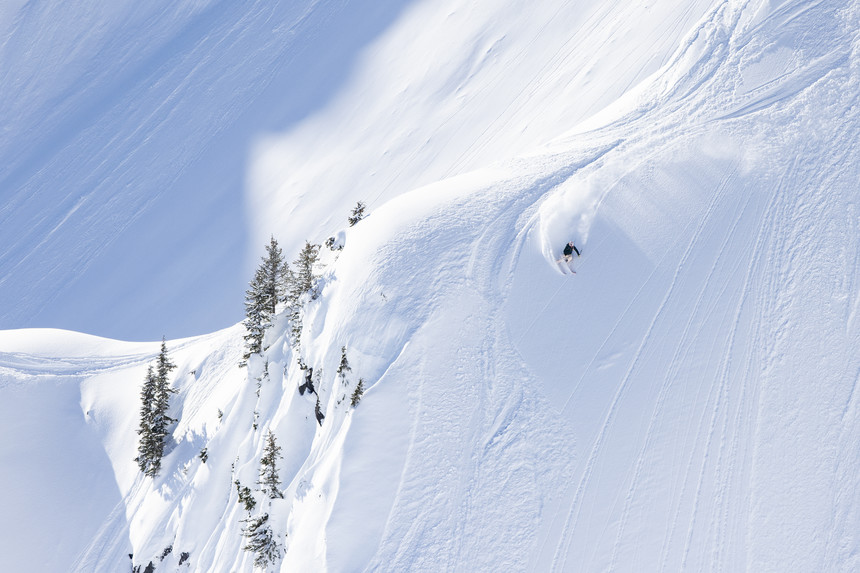 So you had a good baseline going into filming, even if the specific terrain was new to you?

ES: It’s that and it’s also combined with being a professional big mountain skier for so many years. You just compile all this experience in the mountains in general. Spending a lot of time in BC’s coastal mountains sled skiing is like baby terrain, not that there isn’t big terrain there too, but that was like training for it too. It’s layers of experience that get you to the point where you feel more comfortable jumping out of a heli to ski the gnarliest terrain of your life.

Do you feel like all these years of experience helped you bring something unique to your segment?

ES: You’d like to think that, you know? It’s a funny thing, it can sound like “oh I’ve been doing this for so many years, I’m meant for this, I’m ready for this,” but only part of that is the truth. But the more you do it, the more humble you get. A mistake in Alaska can be a serious injury, even death. The consequences are extremely high in Alaska when you are at the level we’re skiing at and pushing ourselves and challenging ourselves. That’s part of what we’re there for, to push ourselves and see what’s possible. When you have the experience, you understand really well that you’re walking a fine line. 2008 was the first time I got to experience Alaska out of a helicopter, and I was like “oh I got this.” I had just won the Freeride World Tour, I’m having a great season, I’m Alaskan so I already have a leg up, and boy, does it spank you pretty hard. 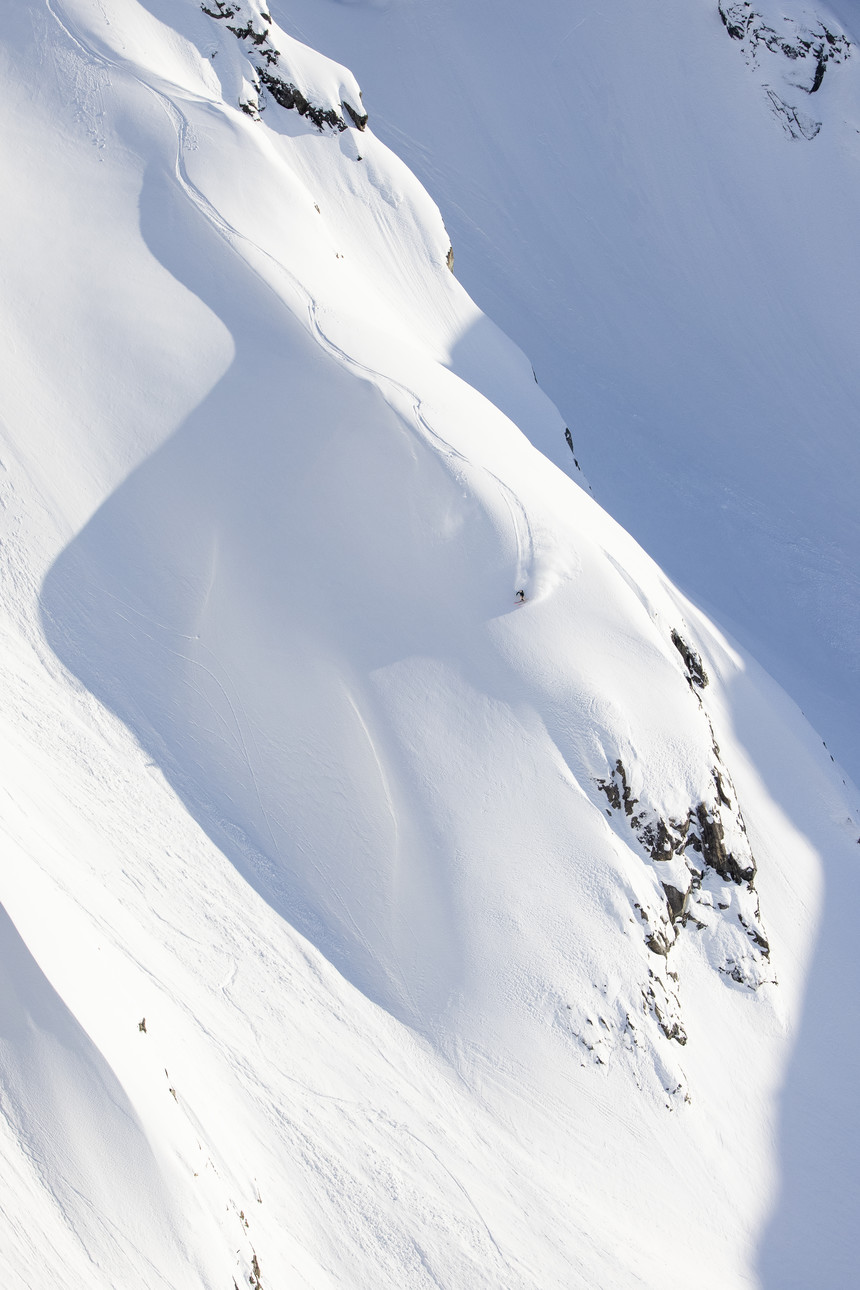 At the same time, it’s work and you’re expected to perform. And we were dealing with some pretty bad conditions. So your brain is telling you you’re excited to be there, and you want to push yourself, but then the other part of you is like “no, this is not the time,” cause you’re gonna get really hurt if something were to go wrong because of bad conditions.

So, the heli operation, Third Edge, was like let’s just move locations and the snow was better. But we had a different snowpack and different terrain. In Alaska, you move 25-50 miles, and the terrain is just different. That was tricky cause all of a sudden you have two days to log all the footage, cause we hadn’t shot anything. We were starting all over from scratch.

So you end up walking a fine line of bad conditions, wanting to perform, and knowing the risks of pushing yourself?

ES: Yup. It’s fun, and extremely stressful and nerve wracking at the same time. When we changed locations, yeah we had better snow, but we were so focused on this terrain we’d seen and trying to log it and building yourself up for it, and then BOOM, slate clean, and you’re gonna start all over and go out there. It’s what we do as skiers, but it threw us through a big loop.

We had a great group, I loved skiing with the people I was with. But you could tell that once we switched locations, people were a little more strained. Some of our conversations that we had of trying to figure out how we were going to be the most efficient in the mountains and what zones we wanted to go to were just more strained. 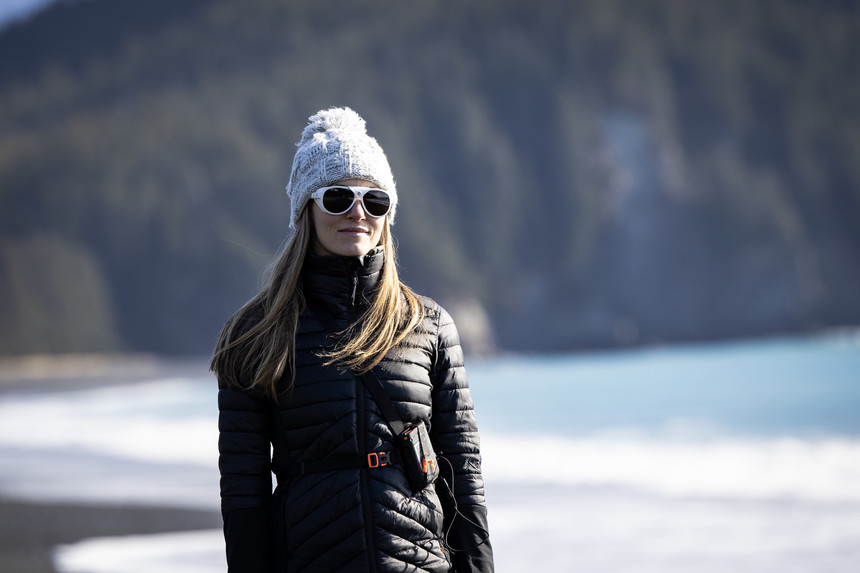 Did you have to adapt some of your goals for filming to the circumstances?

ES: If you’ve had a long enough career, you make pivots and whatnot. The one thing for skiing, is that I’m really passionate about that true big mountain skiing that Alaska has to offer. Because of that, I go into a trip like this hungry and ready to challenge myself. I had some factors going in, like I was pregnant, and coming out of COVID, and being a little rusty- like I literally hadn’t filmed in two years. That was in the forefront of my mind. Like okay, I can do this, I’ve been doing this for a really long time, I’m fine, and then you get out there and realize there’s things you have to work through that you didn’t even realize were going to come up. I had a couple crashes and it was on things I normally shouldn’t crash on. So, I wondered if I needed to take a step back. I thought “I’m pregnant,” but I didn’t tell the group cause it was at a point in the pregnancy where you just don’t share that information. But I mentally felt very comfortable being there and I didn’t want to put that on the group. Maybe I wasn’t 100% full throttle, but it wasn’t because I was pregnant, it was all the factors that we’ve talked about. 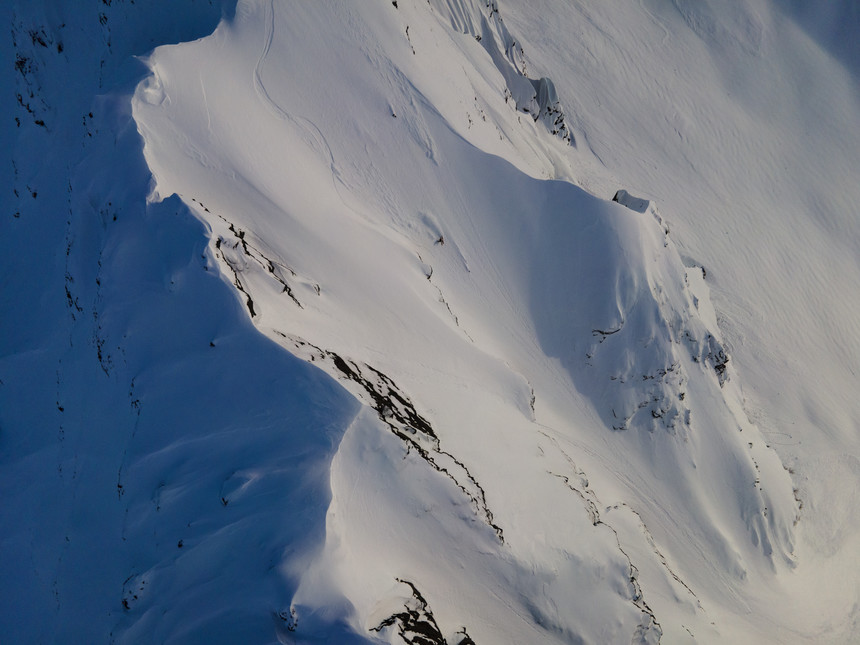 Deep in the cathedral that is the Chugach. | Eric Parker photo.

Do you feel like you were able to be a mentor to Caite Zeliff as the veteran of the two women filming?

ES: It wasn’t one of those things where I was like “Okay, Caite, let me show you how it’s done.” A person has to be interested in hearing what you have to say. Different athletes gravitate towards each other, and we had Griff there too who is super experienced. But one of the great things, and why I think Caite has a great future ahead of her, is because she didn’t come in with that “oh I’ve got this attitude.” She came in ready to charge, and just get after it, super hungry. But I could tell she was observing all the information and experience that was coming from myself, Griff, and even Johnny. She’s got such a great foundation and it was a great partnership. And then on the flip side, here I am trying to share all this experience and time in the mountains, but at the same time it’s so nice to have fresh female blood to give me a little kick in the pants. There’s something I can take from it too, that’s a good relationship.

Really is good when you have someone who is willing to listen! That is how humanity progresses
Tax advisors Brimingham
Painters and decorators in East London