Colorado boy Colter Hinchliffe’s youthful enthusiasm in the mountains keeps him venturing deeper as each year goes by. Combining an eye for massively stylish freestyle hits with hard-charging big mountain skiing is his strong suit, and Colter left nothing behind on a spine and pillow hunting trip to the PNW alongside Sage Cattabriga-Alosa and KC Deane. The Völkl athlete joined his buddies for an unforgettable few days at North Cascade Heli, getting to know some of the most picturesque mountains in the lower 48. We caught up with him this summer to hear what it was like to be a part of the Stoke the Fire team this year. Stoke the Fire tickets are on sale now, find a tour stop near you!

TGR: This isn’t your first film with TGR, is there anything that set Stoke the Fire apart from the other films you’ve been a part of?

Colter Hinchliffe: Every year is different. This year was awesome just because we really nailed the conditions where we went. It was awesome to be out on the snowmobiles in the North Cascades. It was cool to get to know KC a little bit and it’s always great to be on a trip with Sage. It was my second or third trip with him and he’s always a great leader to have around and is also really good at listening to other people’s ideas and making sure everyone gets what they want. It was some of the same elements, but also some new ones being in a new place. 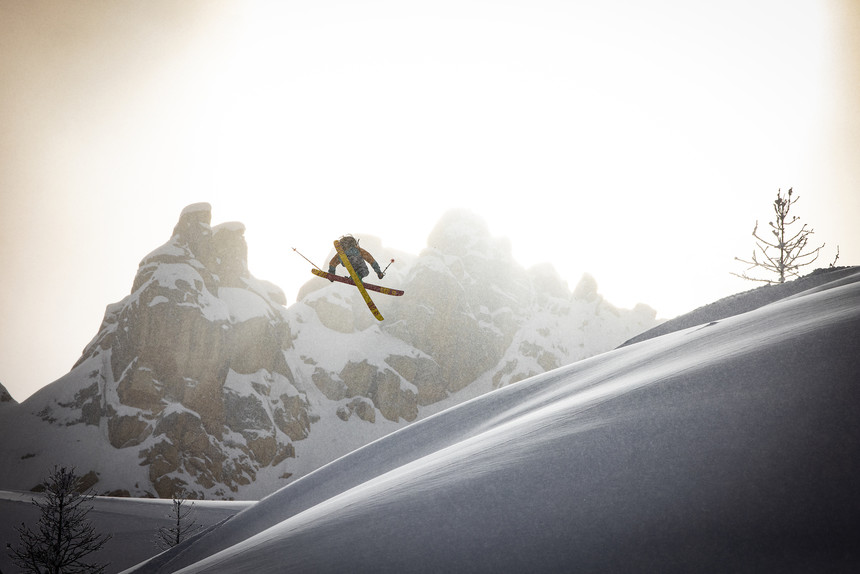 Cashing in on the air miles. | Eric Parker photo.

TGR: Was this your first time filming in the PNW?

CH: I’ve filmed in Canada before but never in the PNW in the US. I’ve been there a handful of times but this was by far the best experience I’ve had there.

TGR: You talked a little bit about the crew you were skiing with, any best moments while filming together?

CH: There were a lot of highlights. Hopping in that helicopter that first time, the energy was super high. One of the best highlights of the trip was when we were sledding. One of the guides had a rope tow sledding hill behind his parents house where he grew up. We were just having so much fun and already skied a bunch of rad stuff. That was kind of the highlight of the trip to be honest. There were also a lot of good times at the hairpin doing some pow surfing and hanging out. It was cool watching the filmers rip their sleds around and skiing a lot of rad lines right there as well. I don’t know if there’s one particular highlight but there’s a few of them that stick out. 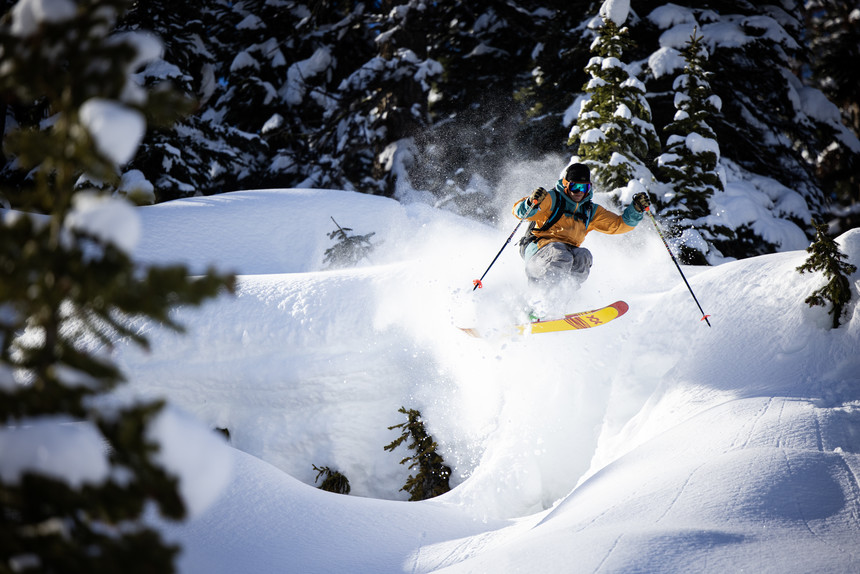 Colter claims he hasn't spent much time in the North Cascades, but he sure looks right at home here. | Eric Parker photo.

TGR: You’re known for your casual style on some seriously technical backcountry lines, what’s your secret?

CH: You always gotta try to pretend you’re not scared even if you are. If you let your nerves get to you it can be deadly so I try to just keep it loose. You have to keep tight-loose, and stay laughing and having fun.

TGR: Do you have a mental process for dropping into something sketchy?

CH: It kind of starts with seeing the line, dissecting it, and realizing what hazards there really are. If you think that you might be in trouble if you fall somewhere, make sure you have your friends and safety in place to help you. That’s a big part of the process for dropping into something sketchy. Once you’ve decided you’re going to ski a line and you’re at the top, making sure you’re clipped into your skis really well, everything's scraped down and you’re all buckled up and ready to go. I try to take a big breath, tap my poles together and get rid of all the doubt and just focus on getting to the finish line. TGR: What is your favorite deep snow weapon of choice?

CH: Maybe my pow surfer...But no obviously the Völkl Revolt 121 is pretty much all I ski on in the backcountry all year long. I love the Marker Kingpin binding, it's been a real revolution in my skiing to ski that binding and tech boots all the time. I don’t really have to think twice about what boot I’m using. Dalbello has this new boot come out with tech inserts that’s been my everyday boot, I never ski anything else. So then the only question I ask myself is do I want to throw my skins in my backpack in case I want to hit a cliff a second time? That has really opened up my ability to lap things a couple times and has made a huge difference in my skiing.

CH: People always ask me that around this time of the year and I never really know. I have to wait until it starts snowing and I always want to spend as much time as I can on my snowmobile around home, but I also love driving up North and getting into some deeper and better snow packs. Those are always my main goals but if I get a chance to hop in an airplane and fly overseas that’s a huge bonus. I visited the Republic of Georgia a few years ago and I would be thrilled to get back there. I might start trying to see if we can organize something in that direction again. 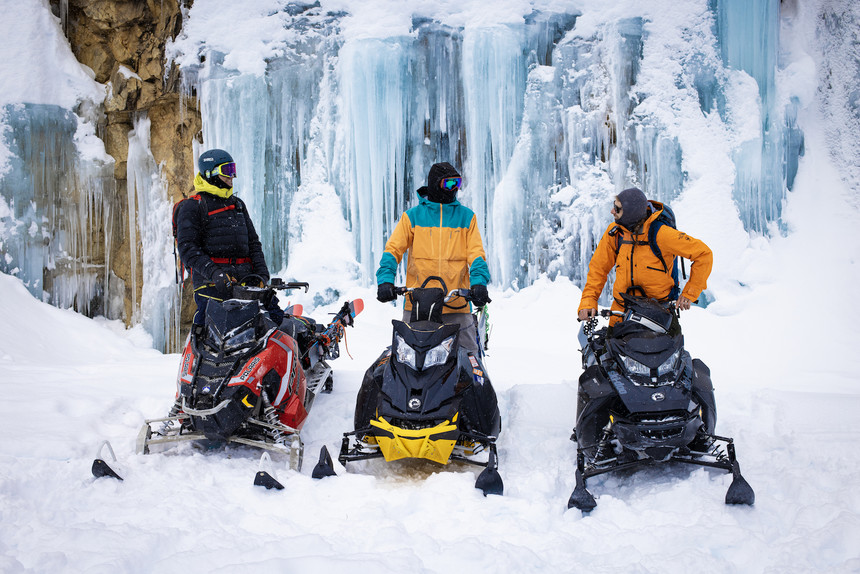 Teaming up with KC and Sage made for an epic PNW session. | Eric Parker photo.

TGR: Anything you like to do when you’re not skiing?

CH: In the summertime I love rock climbing, it’s sort of my secondary love in life. Besides that I just love all mountain culture and socially getting out and having a good time whether that be drinking a couple beers or going to barbecues or hopping on the river, there’s just so much fun stuff to do in life. I love doing it all.

This article is quite informative, you have discussed it very well. Thanks for sharing.
https://sdsolarsurfers.com/solar-panel-installation/

If there’s anyone we’re stoked to watch ski the Chugach, it’s Elyse Saugstad. A third generation Alaskan, Saugstad is no stranger to skiing big lines. But it’s not just where she grew up that sets Saugstad apart from other skiers. Between winning the 2008 Freeride World Tour, 2018 Freeskier Female Skier of the Year, and countless other awards, she’s been crushing the big mountain skiing game for a long time. Following the release of her film made with the help of Scott, , Saugstad came into

What happens when you put three skiers with very different backgrounds on the same pair of skis at let loose in the Mt. Baker backcountry? Great things, of course. This past winter, Line Skis did a sort of experiment on their latest backcountry tools, the Vision, to see how Jake Hopfinger, LJ Strenio and Jonnie Merrill would interpret the mountain (and the skis). The moody vibes of Mt. Baker are the perfect backdrop for some pow-slashing, aerial maneuvers, and big-mountain charging. Are you

​Inside Stoke the Fire: PNW

​Inside Stoke the Fire: PNW

Sage, Colter, and KC’s trip to the PNW for was a smorgasbord of heli access, snowmobile, and ski touring – giving the crew a chance to ski all kinds of different terrain and conditions. The huge variety of terrain they covered gave the camera crew a chance to capture all manner of shots. Ever wonder what goes into creating that perfect drone shot or followcam you see on the big screen? Well, take a peek into the latest episode of Inside Stoke the Fire and learn all about it!  is on tour now,