Last week, some of the world's finest rail skiers descended on Seven Springs, PA to compete in the inaugural Steel City Showdown, a rail jam hosted by the one and only Tom Wallisch. With $20,000 on the line, the event attracted everyone from Olympic gold medalists to unknown youngsters. The field was cut down to ten for finals, with a solid mix between well-known competitors like AHall, Colby Stevenson, Evan McEachran, and Alex Bellemare, and less known skiers like Tucker Fitzsimons, Bobby Sullivan, and Jackson Karsteter. 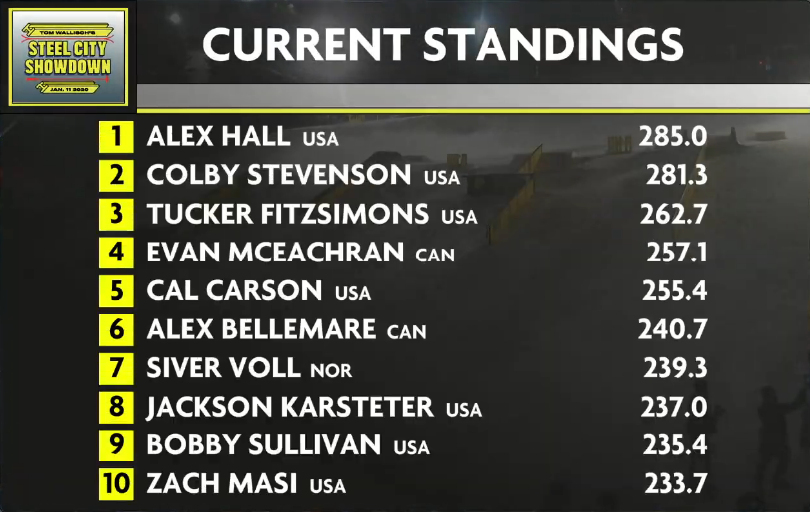 Finals went down under a torrential downpour, but that didn't stop the competitors from pushing the limits of what can be done on rails. Ultimately, it turned into a battle between AHall and Colby Stevenson for first place, and everyone else for third place. That said, the lesser-known skiers put on a solid showing, with Tucker Fitzsimons snagging third place, and Jackson Karsteter, Bobby Sullivan, and Zach Masi all laying down solid lines. Thanks to Tom Wallisch for putting this together, and hopefully this is just the first of many Steel City Showdowns!

#TGRlive: The King & Queen at the Continuum

#TGRlive: The King & Queen at the Continuum

Production for our annual snow film has officially kicked off with teams of athletes and cinematographers at work across the globe. Our Jackson-based crew has been reaping the non-stop snowstorms in what has become Jackson's snowiest January yet. After a few days of shooting, skiers Caite Zeliff and Karl Fostvedt dropped by the Continuum Hotel and Bar, TGR's first branded experience, to enjoy some celebratory brews and fish tacos. RELATED: Bryan Iguchi and Mark Carter Shred Austrian Pow