I wish I was a gardener, watering plants is so relaxing. Or a ski patroller, spraying the snow on the slopes. I also wish that I'd have a wall socket in my home for "snow" in addition to "power", "Internet", and "vacuuming".

Clearly, the guys at Playdoci near Seoul have a dream job :-)

Also, equally clearly, Playdoci has come up with a winning model: the downside with all those outdoor and indoor ski areas is that it is often darn cold. Something with snowmaking requiring cold temperatures.

But it does not have to be like that, and it isn't like that in Playdoci. If your snowmaking equipment works in a separate room, in a machine, and the snow is only sprayed through a tube to the actual ski hall, then the temperature in the hall can be quite reasonable. Think of fish or meat shops and the like, there's usually snow laying around somewhere under some products, and the temperature in the shop is still warm. The same principle works here. As long as there's sufficient influx of snow to the slope, the room doesn't have to be in minus degrees.

And so you can make your ski slope also the place for concerts, parties, warm plastic igloos, and have disco balls hanging from the ceiling.

But the Playdoci amusement park (or building) goes far beyond the ski slope. It hosts probably a thousand playthings for the kids, from drivable robots to drone flying to water park and to the ski slope. You can find it between Seoul and the Incheon airport, in the city of Bucheon. It is in theory half an hour from Seoul, but on any reasonable time of the day you can safely assume it takes at least an hour, due to traffic.

Coming back from this place, I had difficulty getting a taxi back. Thankfully the nice locals helped me by ordering a taxi for me. Yet another sign of how friendly the Koreans are. 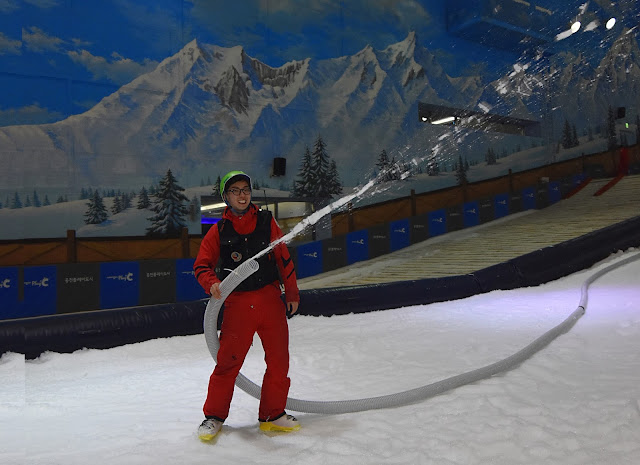 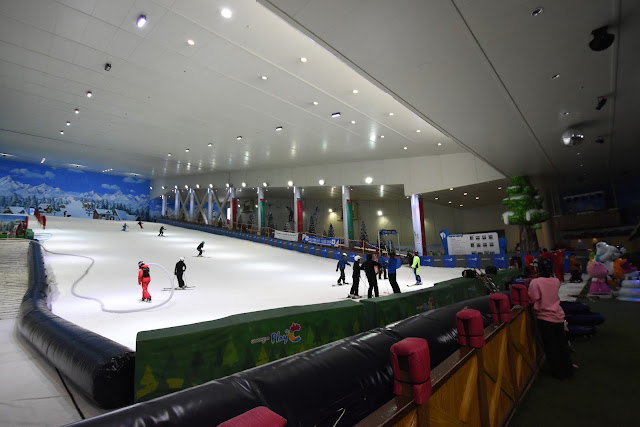 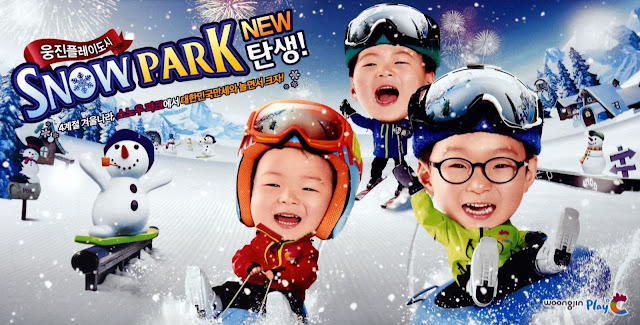 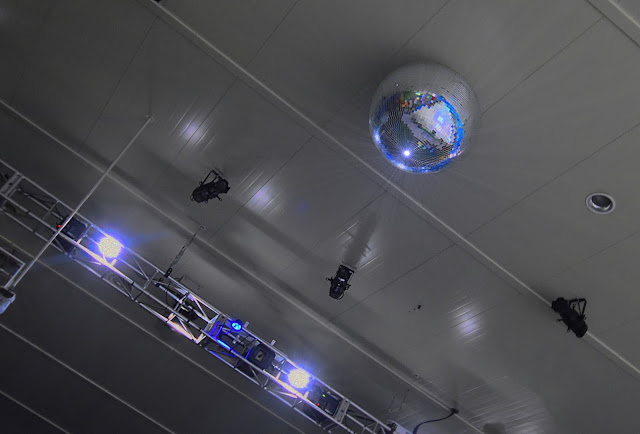 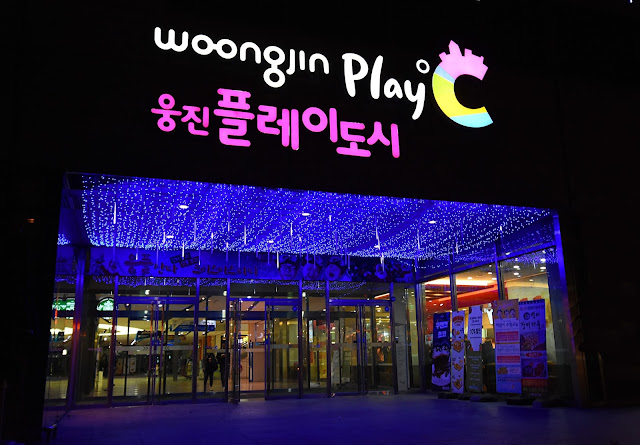 In a world of two-to-three minute ski edits, a sixteen-minute video stands out, especially when it's centered around a single skier. Sixteen minutes promises a story, not just a roughly cut sequence of cliff-drops and booter-hits. As such, I wasn't sure what to expect from Mike King's Too often, longer videos end with me thinking "that would have been better if it was a third as long." No such problem here. Mike King is a busy man, and sixteen minutes feels short, if anything.