Remember a few seasons ago when Swiss freeskier Jeremie Heitz melted the internet with videos of him arcing GS turns down the biggest and baddest faces of the Alps? Like, faces that even the most skilled big mountain skiers would likely hop turn down? He even made a full film about it that went quietly under the radar called La Liste. Well, Heitz and Daron Rahlves just managed to one-up even that with something so bold that even legendary freeskier and mountain guide Sam Anthamatten was jealous (he still got to run safety for the crew).

Watch the full film for free on Red Bull.

Heitz wanted to share his particular brand of freeskiing in another way, so he hit up his friend and former fellow ski racing competitor Daron Rahlves for a new kind of race. Rahlves retired from racing in 2006 with twelve World Cup wins and a world championship under his belt to focus his career on big mountain skiing. He has since starred in TGR’s Light the Wick and the Dream Factory, and has put down bold descents all over the world. Returning to their racing roots, Rahlves and Heitz came up with a plan to set up a mini GS course on a puckeringly steep face just outside Zermatt and race against the clock. 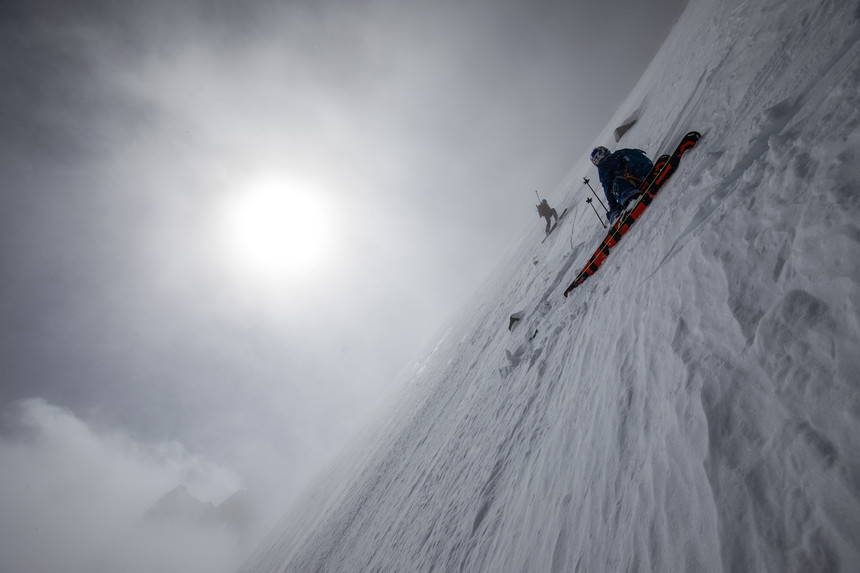 Heitz finding out exactly how steep the line was on a pre-race recon run. Red Bull Content Pool/Mika Merikanto photo.

The face in question lies on the Hohberghorn, averages just under 50 degrees, and is normally covered by a sheet of blue ice. The team had to wait for just the right conditions (read: a hot spring storm) to cover up the ice and provide the proper surface to ski on. Spoken like a true alpine racing champion, Rahlves recalls, "the snow was almost boot deep during our runs, so it was pretty difficult to truly carve a turn."

See what went into the project in Red Bull’s film Race the Face, and think about this next time you’re scared to drop into something steep. 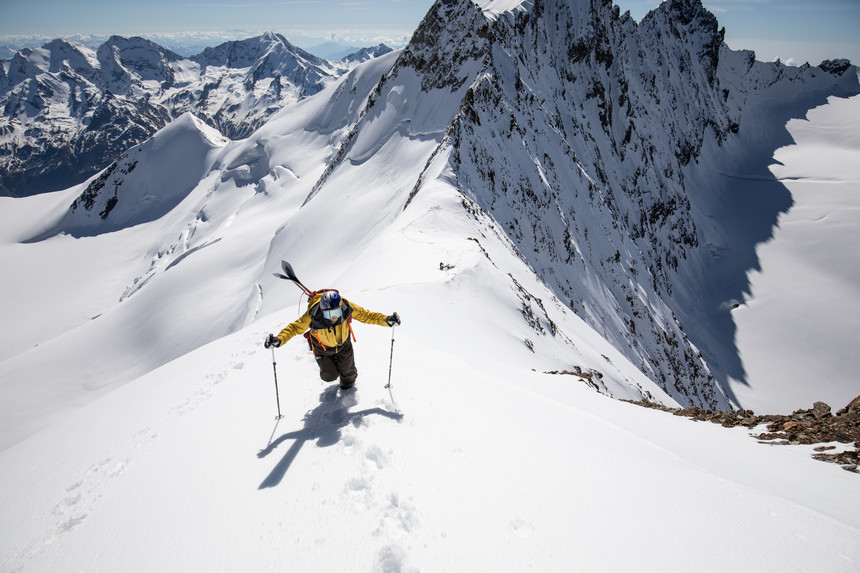 Gotta get up to get down. Red Bull Content Pool/Mika Merikanto photo. 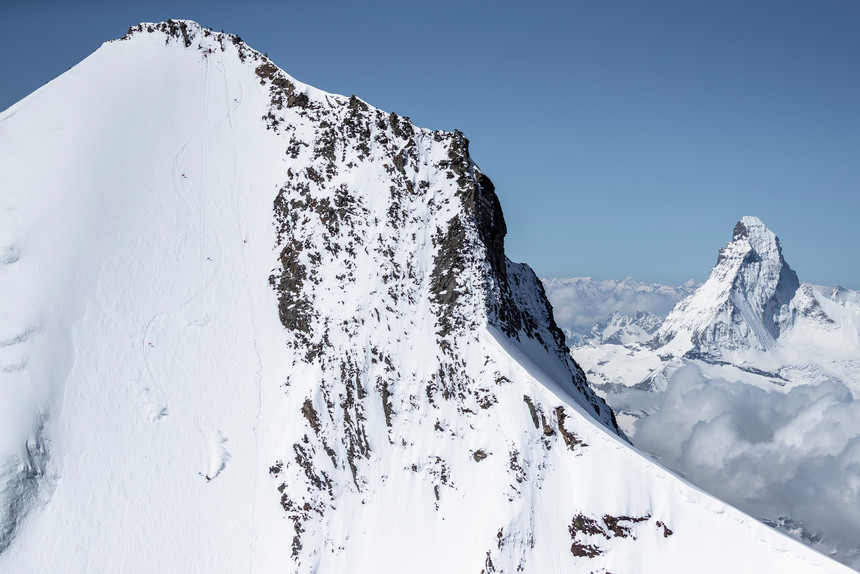 TGR’s 26th annual film release  explores our athletes’ evolution within skiing and the pure joy that manifests from that process. The stoke means different things to different people based on where they are in their evolution. For some it is about committing to a new world, a lifestyle, and the friendships that blossom from that commitment. The choice to enter this world is a spark, and with every new experience the fire grows. With more knowledge comes more exploration, both physically and

It may be July, but that doesn’t stop the snow park junkies from booting up and getting some late season tricks in. Just because it’s the middle of summer doesn’t mean you can’t break a world record on the slopes, right? U.S. freeskier Hunter Hess would agree, landing the world’s first triple cork on a ski halfpipe last week. After spending time mastering his form on Mammoth Mountain and Mt. Hood, Hess was finally able to stomp the landing. Talk about a big summer blowout. To catch some more

VIDEO: Cody Townsend and The Fifty Project Emerge From Hiding

VIDEO: Cody Townsend and The Fifty Project Emerge From Hiding

Fear not, fans of the Fifty! Cody Townsend, Bjarne Salen, and friends are back! We just got an update from Cody about the status of his ongoing project and have to say that we’re pretty fired up about what’s been going on. He says: “” Check out more details about the upcoming series of episodes in his teaser - there's some big lines, big names, and lots of stoke to be had.