This has been quite the year for Alex Hall, with banger shots in Faction’s The Collective and his own film Magma, a winning streak on all kinds of contest, a skier of the year award from Newschoolers, and all manner of mind-bending tricks for the camera. In a nutshell, it’s always a pleasure to watch the kid lay down the style on skis. To celebrate the season, Faction just dropped his athlete edit from The Collective. Check it out.

RELATED: Ryland Bell Had One Hell Of An Alaskan Spring 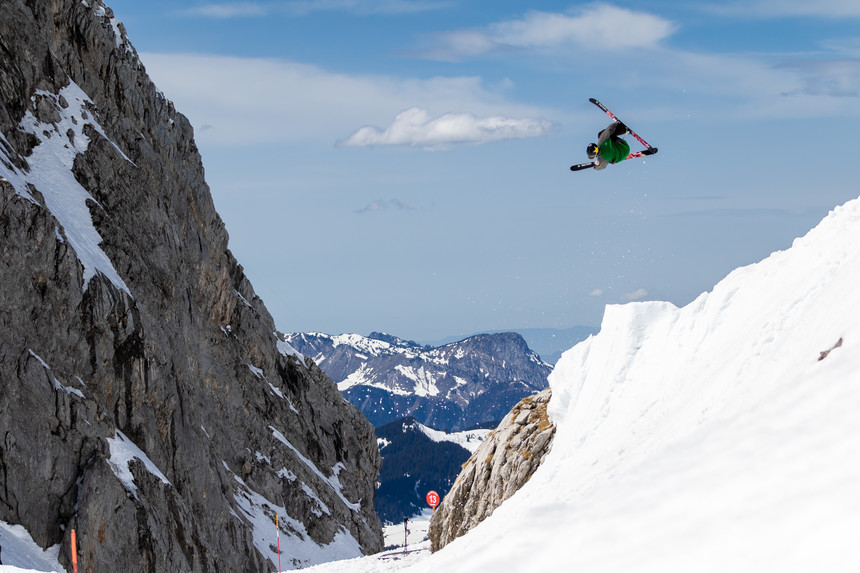 Nothing better than a sunset lap. Chris Baldry/Faction photo.

Sticking to the rails like glue. Stephan Sutton/Faction photo.

Chasing some of the rowdiest skiing in North America requires a hefty dose of driving to get there, so of course Cody Townsend has quite the rig to keep him comfortable on the road. For any of you truck guys and gals out there, this one is pretty damn interesting. Check out his 2020 Ford Ranger Lariat, tricked out with a Go Fast Camper (dream!) and lots of special bits on the inside, including a Radflo 2.5-inch lift suspension kit, a Yeti cooler system, and custom cabinetry for comfy car

In a world of two-to-three minute ski edits, a sixteen-minute video stands out, especially when it's centered around a single skier. Sixteen minutes promises a story, not just a roughly cut sequence of cliff-drops and booter-hits. As such, I wasn't sure what to expect from Mike King's Too often, longer videos end with me thinking "that would have been better if it was a third as long." No such problem here. Mike King is a busy man, and sixteen minutes feels short, if anything.